When assessing a fixed-aperture zoom it is always worth asking how its maximum aperture compares with those of prime lenses at both ends of the focal-length range. In the case of Pentax’s 50-135mm f/2.8 zoom, the aperture is good for a 135mm lens and just about passable for a 50mm lens. Compared with its 60-250mm f/4 stable-mate, the 50-135mm lens is better specified in this respect but it offers a less than 3x zoom range compared with its peer’s greater than 4x ratio.

In other respects these two zooms are very similar in look and feel. Both benefit from a weather-resistant and dust-resistant construction that includes a rubber ring on the mounting flange and Super Protect (SP) coating on the front element. In addition, both lenses use Pentax’s very quiet Sonic Drive Motor (SDM) AF mechanism to deliver a responsive AF performance.
The reason for comparing these two lenses in some detail is the likelihood that potential purchasers could choose either, as their prices are similar, and the differences mentioned above may therefore be significant.

Slightly more than the rear third of the lens barrel on the 50-135mm lens is given over to the zoom ring and almost the entire front half is occupied by an even wider manual-focusing ring. The space between is home to a focused-distance window and an AF/MF selector switch.
Both rings have a lovely feel but the zoom ring is a shade too far back for its size to be completely comfortable, making handling a touch more awkward than it ought to be on a lens like this. It is a shame that the ring widths weren’t designed in reverse.

The manual-focusing ring can be used to complement the AF system at any time but remains static otherwise so the user is free to adopt any grip desired. Automatic focusing is quiet and reasonably quick: it is also effective under very low light levels but that comment is partly dependent on the host camera used.

Technical testing produced a very solid set of MTF curves that remained above the crucial 0.25 cycles-per-pixel level throughout the range of commonly used apertures. Although f/22 at all focal lengths and wide-open at 70mm slipped below the threshold, peak performances elsewhere were excellent. Chromatic aberration was not an issue but there were a few occasions when the lens caused some pictures to be slightly underexposed: the problem was only observed when the lens was set to its shortest focal-length but that may have been a coincidence.

This is a very nice lens that is well suited to portraiture and mid-range action subjects. But it is also rather costly and some potential buyers may prefer to opt for Pentax’s 55-300mm zoom. While it has a smaller variable maximum aperture, it does offer a wider focal-length range and costs only one-third of the price of the 50-135mm zoom. 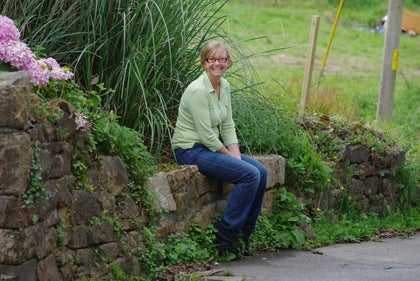