Despite its recent merger with (and disappearance of the company name into) the Hoya Corporation, and rumours that it will soon discontinue compact camera production in favour of its more profitable digital SLRs, Pentax continues to launch new models in its long-running Optio ultra-compact range. One of the latest is today’s review camera, the Optio V20, an 8.0-megapixel model with a 5x zoom lens and a 3.0-inch wide-view monitor. 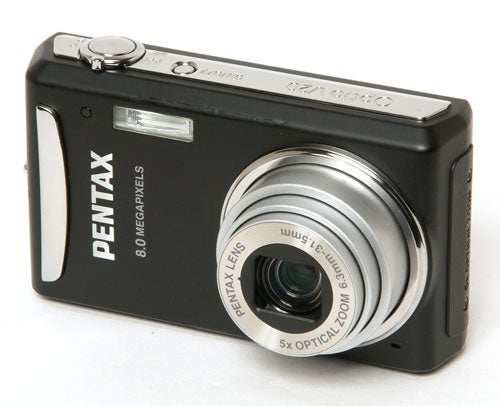 It will be a great pity if the Optio range does disappear, because the V20 is rather a nice little camera. Announced towards the end of last month, the V20 is an update of the 8-megapixel, 3x zoom V10 launched in October last year. It has a half-metal, half-plastic body with excellent build quality and a functional but attractive design, and is available in silver or matt black.


Although not the smallest camera in the Optio range, it is nonetheless a very slim and compact camera, measuring 97.5 x 56.5 x 23.5mm and weighing just 145g including battery and memory card. Pentax has been designing ultra-compact cameras for a long time, and the V20 has the kind of comfortable handling that comes from a multi-generation pedigree.


Despite its small size and the huge 3.0-inch monitor screen dominating the rear panel, the simple control layout and rotary-bezel zoom control leaves plenty of room to grip the camera, while the raised detail on the front provides a secure finger grip. 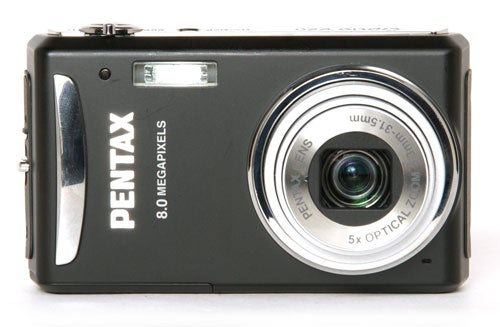 As I mentioned in my review of the Nikon CoolPix S550 last week, longer zoon ranges are becoming more popular on ultra-compact cameras, and the 5x zoom V20 has quite a bit of competition. Rivals include the S550, as well as the new Casio Exilim EX-Z100 (£150), the Olympus FE-340 (£122) and the Fujifilm FinePix J50 (£90). The V20 is currently available for around £160, but it is so new it hasn’t found its way into many stores yet, so I’d expect that price to fall rapidly over the next few weeks. The V10 is currently selling for around £110, so I wouldn’t be too surprised if the V20 settles out at about the same price.

The V20 is a simple point-and-shoot camera designed for easy use, so it isn’t exactly overwhelmed with features. The main selling points are of course its flush-folding 5x zoom lens, which has a focal length range equivalent to 36-180mm. Having strained my shoulders many times lugging around heavy bags full of massive SLR zoom lenses it never ceases to amaze me that a relatively powerful zoom lens can be made to fold up into a space less than an inch thick, but Pentax has manages to do so whilst, as we’ll see later, maintaining a high standard of optical quality. 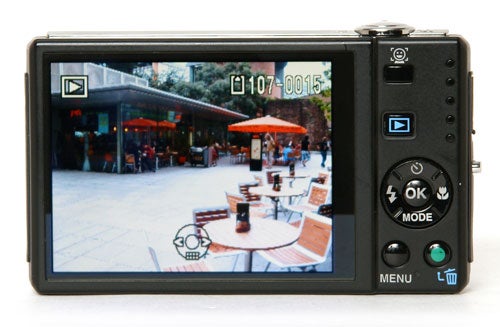 The other main feature is the monitor, which is huge for a camera of this size and covers almost the entire back of the body. With a diagonal size of three inches (6.1 x 4.5cm) and a resolution of 230,000 dots it is nice and sharp, and it also has a very wide viewing angle of approximately 170 degrees both horizontally and vertically, making it easy to see even when the camera is held above head height. It is also nice and bright, and I had no real problem using it in bright sunlight.


The V20 lacks any sort of mechanical image stabilisation, relying instead on “digital shake reduction”. This is far from being a satisfactory solution however, since it reduces image size to five megapixels and increases sensitivity to the maximum setting of 6400 ISO. Yes, it does produce faster shutter speeds and therefore less chance of movement blur, but the resulting loss of image quality is a high price to pay.


There is also an option to apply movement blur reduction in playback mode, but as one might expect this is not particularly successful either. It just applies a sharpening algorithm to the image, which in some cases actually makes the image worse. There is simply no way to “un-blur” a movement-blurred picture with current commercially available technology.


Apart from those headline features the V20 has much the same list of options as any other recent compact snapshot camera. It has a small but useful selection of scene modes, automatic face detection with a smile-detection shutter release option, a reasonably well implemented manual focus option, and of course Pentax’s wonderful frame composite mode, which just never gets old. Menu options include three focus area modes including tracking focus, the usual three metering modes (matrix, c/w and spot) and limited adjustments for contrast, saturation and sharpness. 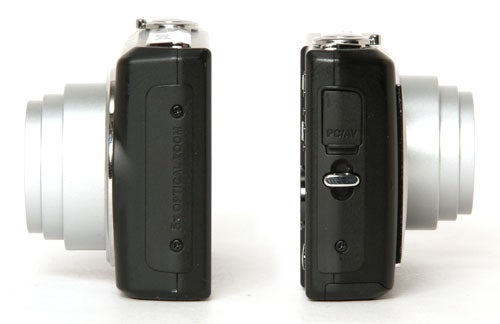 The only other unusual feature is the Digital Wide mode. This is a variation on panorama stitching mode, but operates with the camera in vertical (portrait) position, and simulates the effect of an ultra-wide lens by stitching two photos together. The edge-detection isn’t particularly good, so you have to line the two photos up very carefully to produce an acceptable result, but it could prove useful for some scenes.

Pentax has made a lot of improvements in the performance of its compact cameras recently, but unfortunately the V20 seems to be something of a step backwards. The startup time is a little slow at just over three seconds, but it does shut down more quickly in just over two seconds. The performance bottleneck is once again the autofocus system, which is very slow, and as a result the shot-to-shot time in single shot mode is approximately 3.5 seconds, even shooting in good light with a high-contrast target. Continuous mode is a bit better, shooting three frames in quick succession, but for longer bursts the speed slows down to an average of approximately 1.5 seconds per shot.

The AF system is slow, but in good light it is at least very accurate, seldom missing its target. The face detection system as well is very effective in good light. In lower light conditions it performs reasonably well, better at least than some of its competitors, but the lack of an AF assist lamp means that beyond a certain point it is simply too dark for the V20 to focus, which makes it less useful than some of its rivals as a party camera.


As for image quality, here at least the V20 goes some way towards making up for its lack of features and slow performance. The lens is nice and sharp right across the frame, with particularly good corner sharpness and no noticeable chromatic aberration. There is some barrel distortion at wide angle, but it’s no worse than most other pocket compacts. The level of fine detail is exceptionally good for an eight-megapixel camera, and colour reproduction is excellent. My only real criticism is that at the default settings the images appear very over-sharpened. Reducing the sharpness setting in the menu helped somewhat, but images still look over-processed.


The V20 has a small 1/2.35-inch sensor, but even so image noise is reasonably well controlled at normal ISO settings. The quality is very good at the lowest setting, and there is still a good level of detail at 400 ISO, however the noise reduction system really kicks in at 800 and above, smearing out detail and reducing overall quality. The quality is further reduced at 1600 ISO, and the reduction in image size to five megapixels at 3200 and 6400 ISO leads to very poor image quality at these settings, although overall colour balance remains reasonably consistent. Dynamic range is better than average, producing a good balance between shadow and highlight detail in high contrast shots. 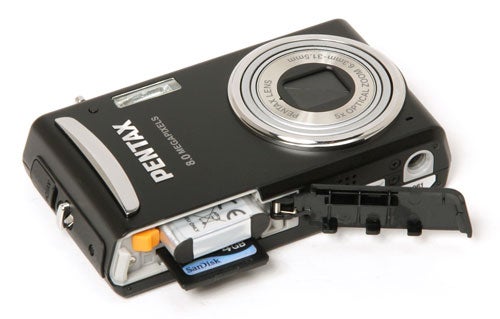 The Optio V20 is an attractively designed and well made ultra-compact camera, and the 5x zoom, large wide-view monitor screen and simple control interface make it versatile and pleasant to use, although it lacks a number of useful features, including effective image stabilisation. Image quality is generally good, although the limited low-light performance is a disadvantage. The only real problem is the slow performance, and the currently high retail price, although this will most likely drop in the near future. 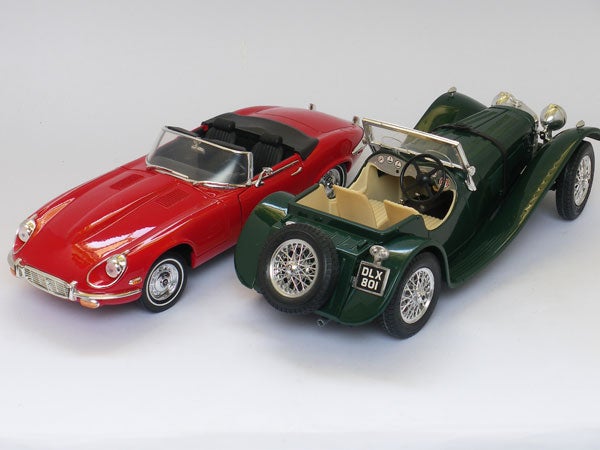 This is a full-frame image at the minimum sensitivity of 80 ISO. 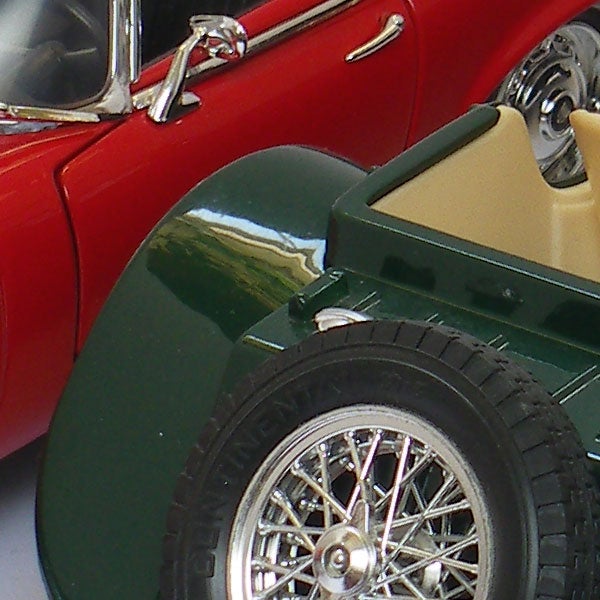 Image quality is very good at 80 ISO, with smooth texture and excellent detail. 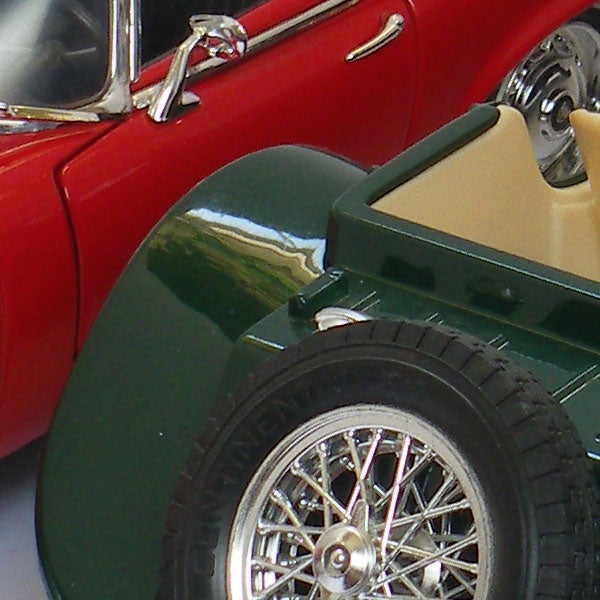 There is very slight colour mottling at 100 ISO, but overall quality is still very good. 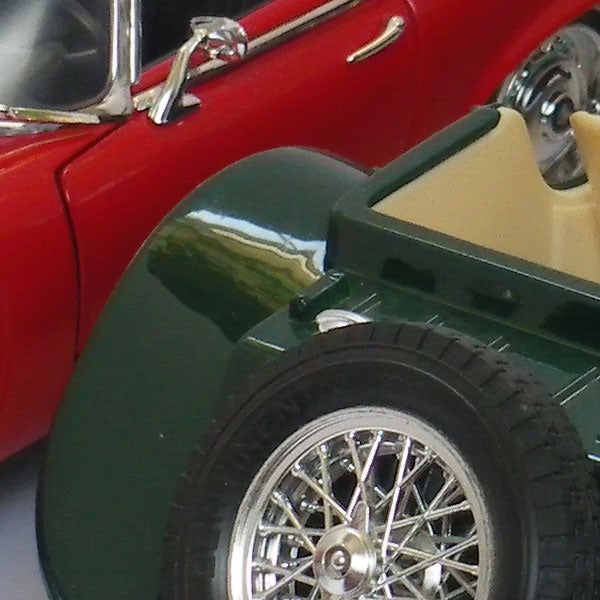 There is slight noise reduction blurring at 200 ISO, but not enough to cause a problem. 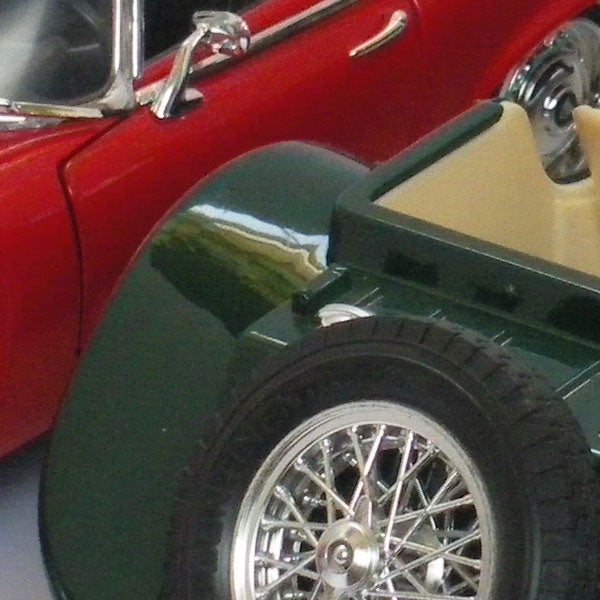 400 ISO and there is still plenty of fine detail, although there are signs of noise in the green areas. 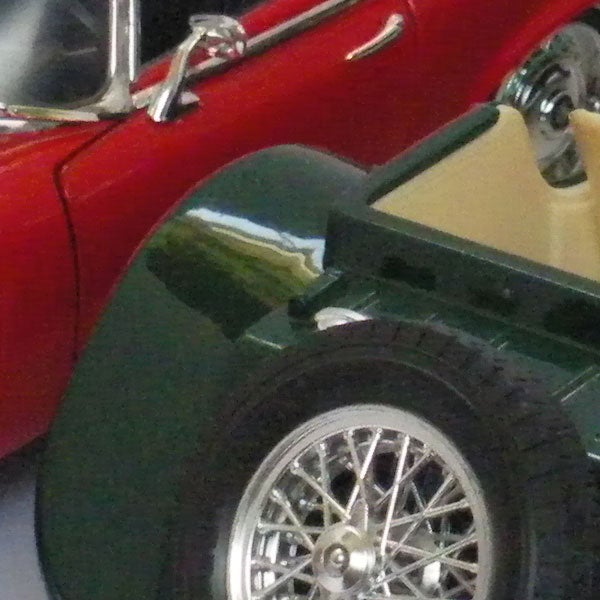 At 800 ISO the noise reduction really goes to work, and a lot of fine detail is scrubbed out. 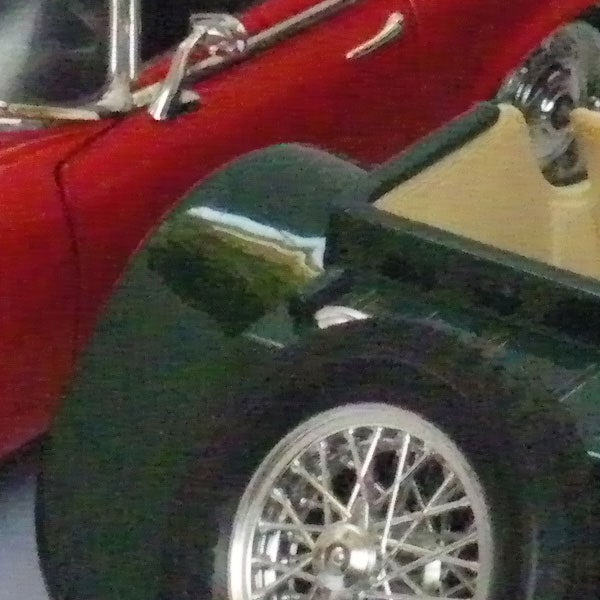 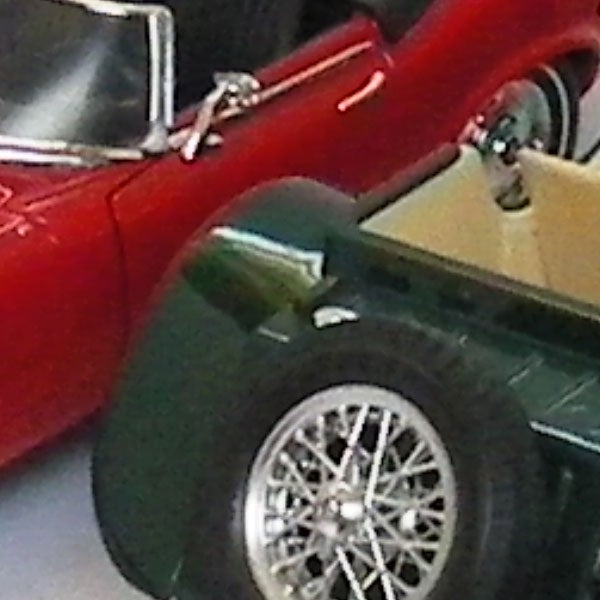 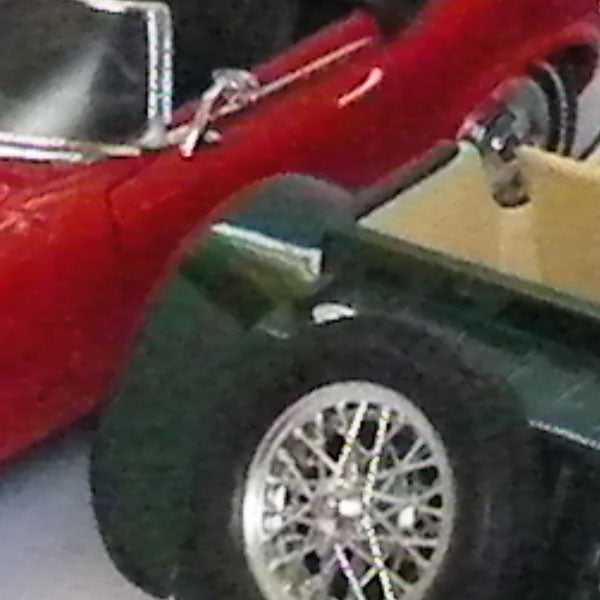 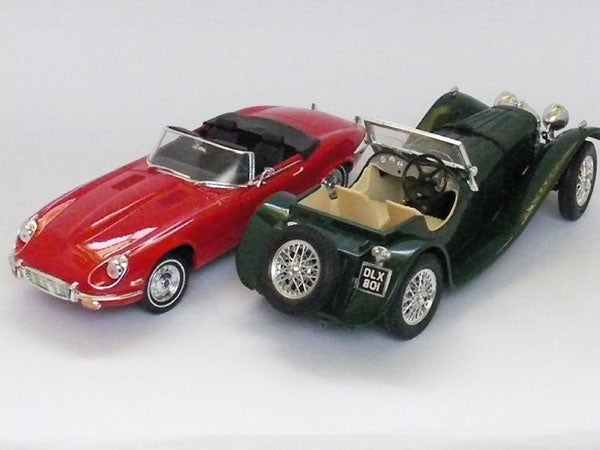 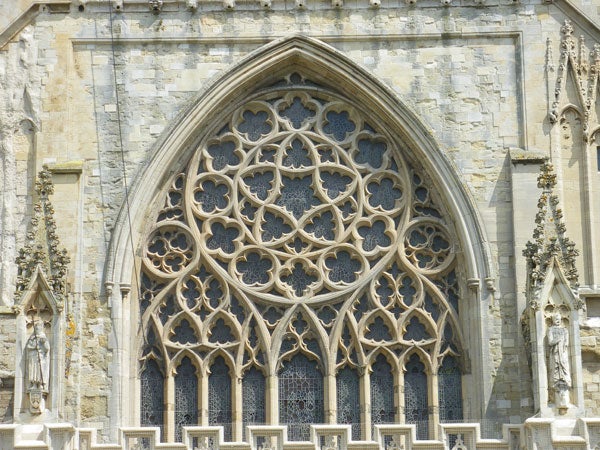 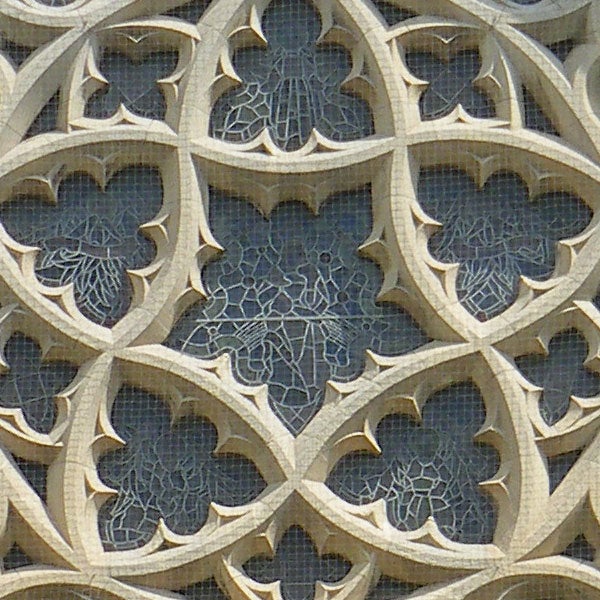 Although the image appears somewhat over-sharpened, the level of fine detail is very good thanks to the sharp lens. 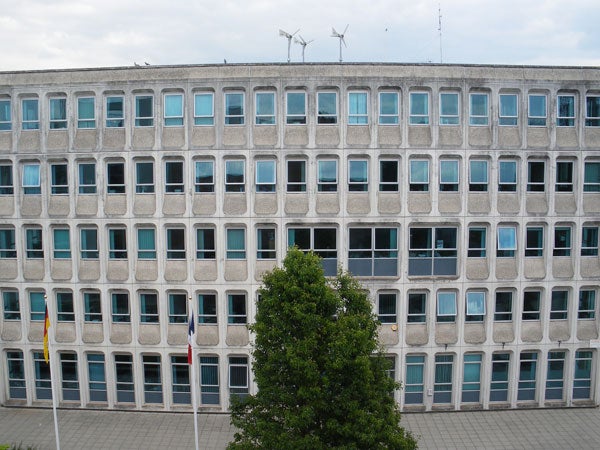 The lens produces significant barrel distortion at wide angle, but no worse than most other long-zoom compacts. 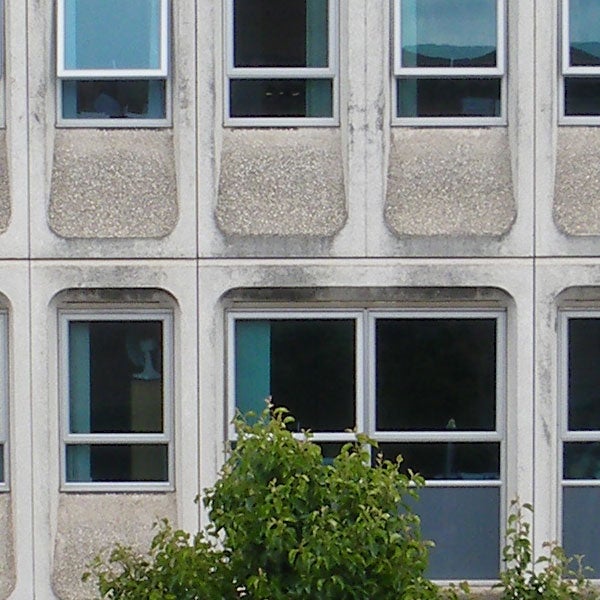 Centre sharpness is very good, although again the over-sharpening is noticeable. 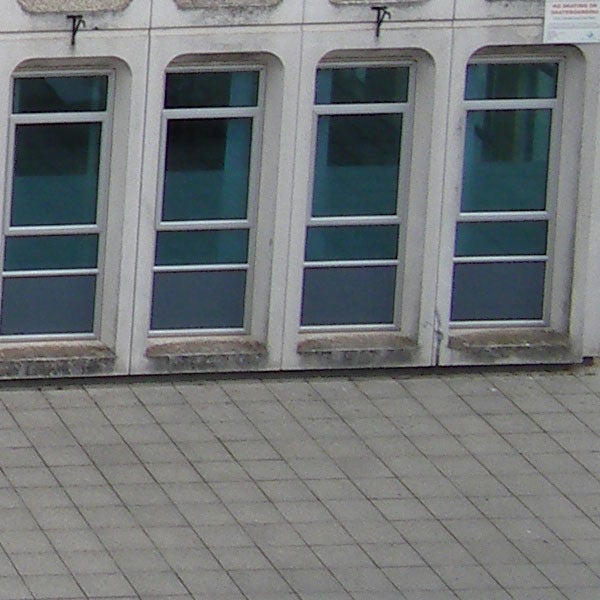 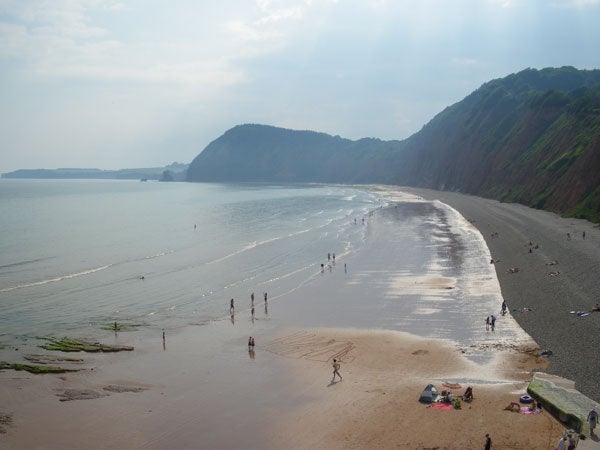 With a wide angle end equivalent to 36mm, the V20 is good for general snapshots. 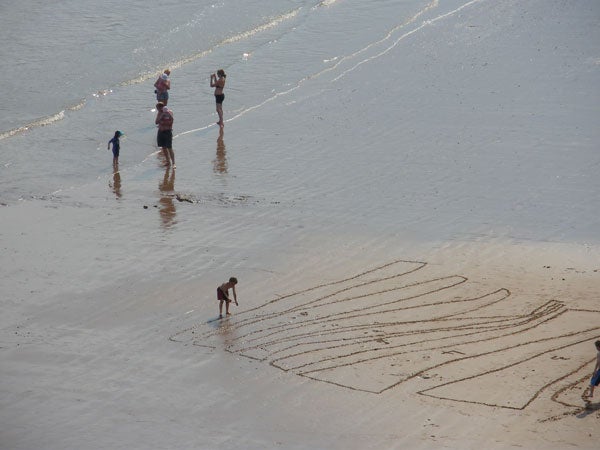 The telephoto end is equivalent to 180mm, good for picking out details in a scene. 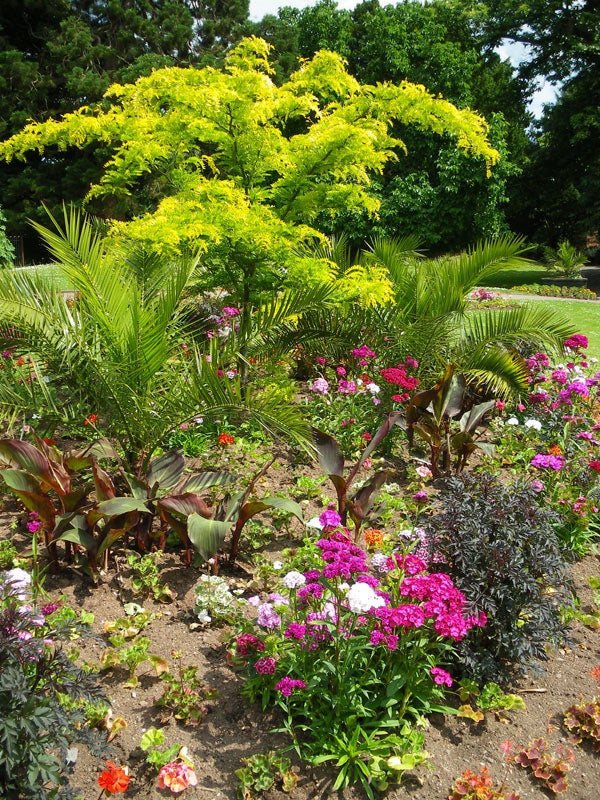 Colour reproduction is excellent, with good saturation and depth. 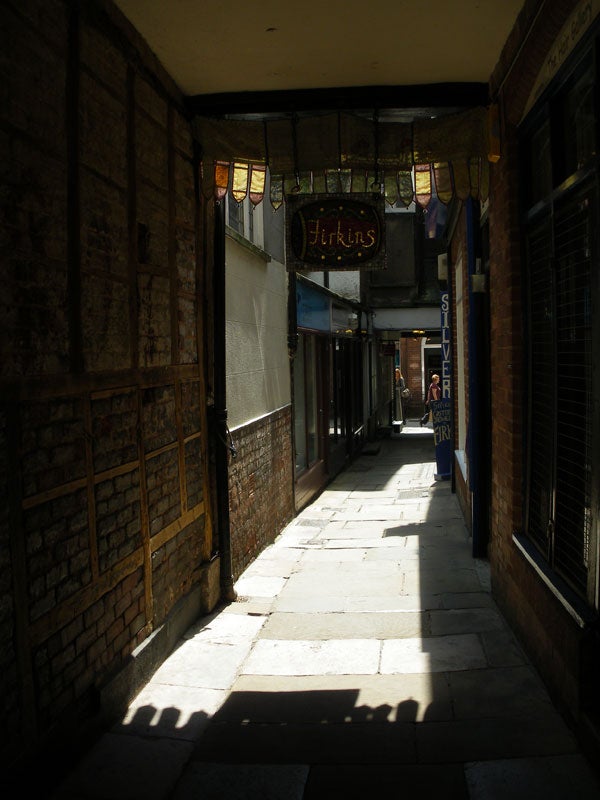 Dynamic range is also very good, with both shadow and highlight detail in this high-contrast shot.