Pentax has pretty much reinvented itself over the past few years. There’s no doubt that the company has invested a huge amount of time and resource into the design of its latest camera range, and you’d be hard pushed to find compact digital cameras that look more appealing than the latest Optios. I suspect that it’s no coincidence that the Optio SV in my hand reminds me of the Canon Digital Ixus 500 that I reviewed last year, and if you place the two cameras next to each other, you’ll see that they sport almost identical dimensions.


It’s not just the dimensions of the Optio SV that remind me of the Ixus 500, the specs are very similar too, with a five megapixel CCD – although the maximum image resolution is slightly lower at 2,560 x 1,920. But where the Optio SV does have the edge over its rival is in the optical zoom department. Whereas the Ixus 500 has a 3x optical zoom, Pentax has managed to squeeze a 5x optical zoom into the Optio SV – that’s equivalent to 36mm – 180mm in 35mm language. Pentax attributes this feat to its newly designed “Sliding-Lens Technology”, but marketing babble aside, having a 5x optical zoom in a camera this small is definitely a bonus. There’s also a 4x digital zoom, but I’d never recommend anyone to use a digital zoom – you’re better off cropping and zooming in Photoshop later.


OK, so I’ve mentioned that the Optio SV is very similar to the Ixus 500, and I’ve covered its impressive zoom lens, but what else does it have to offer? Well, like any good compact camera, the Optio SV feels great in the hand. The whole body is constructed from brushed aluminium, and as a result, it feels reassuringly cold to the touch. However, Pentax is also aware that aluminium is slippery, so it has strategically placed rubber strips at the front and rear of the body to ensure a solid purchase.


The rear of the Optio SV is dominated by the 1.8in LCD viewfinder screen – it is noticeably larger than the 1.5in screen on the Ixus 500. The LCD screen is superb, and there’s not a single hint of lag when you’re panning around, making it easy to catch those fleeting moments and immortalise them. You can choose how much information you want displayed on the LCD while you’re framing your shot – you can have anything from no info at all, to pretty much every possible setting visible while you’re shooting.


The other button below the screen is the Menu button, which unsurprisingly takes you into the extensive settings menus. Here you’ll gain access to everything you need in order to customise the Optio SV to your own needs.

The second button up selects between the Macro mode, Landscape and manual focus modes, while above this is the flash setting button. At the top of this button tree is the Play button, which toggles between record and playback mode. To the right of the Play button is the zoom control – I have to say that I prefer the zoom ring surrounding the shutter release that Canon uses.


The layout of all the buttons and controls is thoughtfully arranged so that your thumb has plenty of space to rest, without any fear of inadvertent button pressing.


Resolution wise the Optio SV will shoot images from 640 x 480 all the way through to its maximum setting of 2,560 x 1,920. You can also choose three different quality settings – the higher the setting, the less compression is applied to the JPEG, and the better the image looks. Unfortunately there’s no RAW or uncompressed TIFF option, so you’re always going to be subjecting your images to a certain degree of compression – that said, I don’t really expect compact digital cameras like the Optio SV to offer a RAW output.


Personally I would leave the Optio SV set to the highest resolution with the highest quality. Considering that a 512MB SD card can be picked up for under £30 these days, I see little point in compromising on the quality of your images. Talking of memory, you get a single 32MB SD card in the box, which is a little meagre, but par for the course with digital cameras. It’s always best to factor in the cost of a nice big memory card when you’re buying any digital camera.


If you want to use the Optio SV as a “point and shoot” camera, you can set it to the Program (P) mode – the camera will then automatically set the shutter speed and aperture settings for you. But if you want to have more control over your images, you can choose the Manual (M) setting. There’s a surprising amount of manual adjustments on the Optio SV, with both shutter priority and aperture priority on offer. Unfortunately the longest shutter speed is only four seconds – this will serve you well enough in most cases, but if you’re keen on night time shots that require long exposures, it might be a problem.


The lack of a long exposure setting seems even more strange when you consider that the Optio SV sports a live histogram – so Pentax is definitely expecting users to take time and manually adjust the camera for the best possible images. You can set exposure compensation between -2 and +2 in 1/3 EV steps, which, coupled with the live histogram should make it easy to compose the perfect image.


Pentax has also included a useful User setting as well – here you can configure the Optio SV to your own particular preference and save those settings for future use. There are also presets like Night Mode and Landscape modes on offer, in case you don’t want to manually configure the camera.


Like most digital cameras these days, the Optio SV can shoot video as well as still images. Thankfully, Pentax hasn’t put a limit on the length of video that can be shot, so you can just keep filming until your memory card fills up. The video is shot at a resolution of 320 x 240 at 30 frames per second. The quality is pretty good for what is, essentially a still camera.


Another regular Pentax feature is the ability to use the camera as a Dictaphone. Switch the rotating dial to the mic picture and you can record sound to the Optio SV – again, you can keep recording until the space on your memory card runs out.

Power comes from a 3.7V 710mAh Lithium-Ion battery and Pentax reckons that it’s good for around 100 shots. I’d say that Pentax is being very conservative with that figure – I used the Optio SV for the whole week when I was covering the Consumer Electronics Show last month, and I definitely took more than 100 pictures on a single charge.


There’s a docking cradle charger in the box, so you can just put the camera in its place and it will charge the battery inside it. There’s also a space on the docking cradle to charge a second battery which is handy. It would have been nice if there was a power supply that could connect directly to the camera as well, saving you the hassle of carrying the docking cradle with you when you go on holiday. That said, the everyday convenience of the cradle outweighs the inconvenience of carrying it when you’re travelling.


So, what’s the image quality like? Well I’ve been using this camera for a few weeks now and I’ve been very happy with the images that it’s produced. I tended to leave the ISO set to 50 for the most part, although the Optio SV does also offer ratings of 100, 200 and 400. Keeping the ISO setting at 50 dramatically reduces the CCD noise, but things get tricky in low light, or if you’re trying to catch fast moving subjects. Bumping the ISO up to 100 still produces good results, but ISO 200 and 400 definitely result in image degradation due to CCD noise.


Once more comparing the Optio SV to the Digital Ixus 500, the colour accuracy is equally impressive, but the detail resolution doesn’t appear to be quite as fine. This could be a by product of the zoom lens – it couldn’t have been easy squeezing such a long zoom into the chassis of the Optio SV and the result may be a slight compromise in the optics. That said, the detail resolution is still good for a compact digital camera like this, and most users in the target sector will be far more grateful for the long zoom.


If there’s one aspect of the Optio SV that I did find disappointing, it’s the tripod mount. Even though Pentax has constructed the whole camera body from aluminium, for some strange reason the camera mount is plastic. This means that you’re going to have to be very careful when securing it to a tripod, or you could strip the threads.


There’s a lot to like about the Optio SV, but one of its best features is that it’s very affordable – with a street price of only £263 the Optio SV represents amazing value considering the feature set. Even though the Digital Ixus 500 can now be had for around £240, the Optio SV has enough extra features to more than warrant the modest extra cost.


Pentax has created an excellent camera in the form of the Optio SV and although it’s not completely perfect, it’s pretty close. The maximum four second shutter priority could be better and the detail resolution isn’t quite on a par with the Ixus 500, but the long zoom, live histogram and excellent user interface make the Optio SV a winner.

The images below are cropped from a 100 per cent full resolution image. 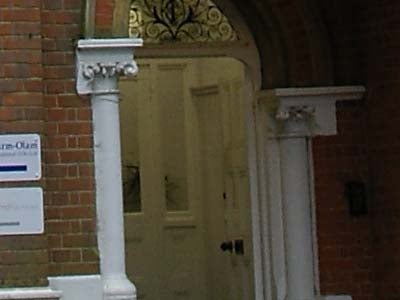 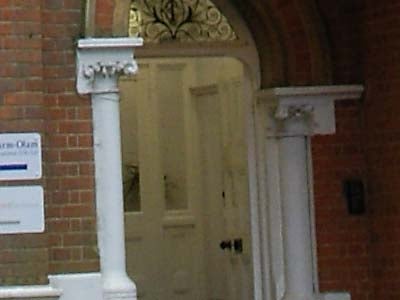 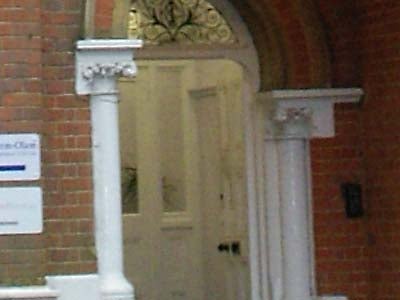 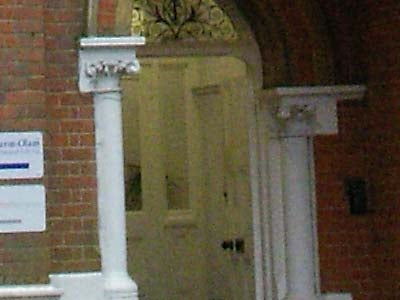 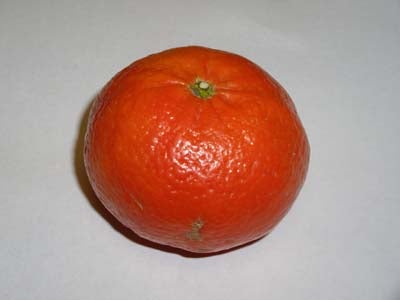 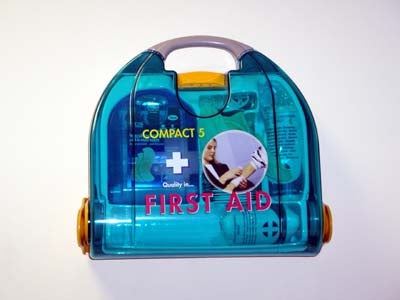