Although it has never been the biggest or most successful camera company in the world, Pentax has survived by specialising in particular sectors of the market and dominating those sectors with high-quality low-priced cameras. At the moment Pentax is king of two separate hills; lightweight compact digital SLRs and ultra-small high-performance compacts. In this latter category the company has a huge range of products, filling every single sub-niche of an already crowded market.


This latest model, the Optio S45, is an entry-level four megapixel model featuring a big 2.5 inch LCD monitor screen, an SMC Pentax Sliding Lens 3x optical zoom, an all-metal body and a range of fun and useful options that puts the competition to shame. It does all of this for under £125 and still manages to look good.


The S45 – and the S55 announced at the same time – is developed from the Optio S40 launched in February of last year. It shares a similarly-sized aluminium body, the same 2x AA battery power source and the same Sliding Lens System 3x zoom SMC (Super Multi Coated) Pentax optics. This lens system is one of the most widely used in the whole of digital photography. It appears on products from Casio, HP, Samsung, Ricoh and BenQ. It is lightweight, compact and efficient, and can produce some excellent results in combination with the right electronics. We’ll come to the results later, after taking a look at the camera’s overall appearance and performance.


Pentax make compact cameras in two sizes. There are the ultra-compacts like the S5i and new S5z which use small proprietary lithium-ion batteries, and then there are the slightly larger models such as the S40 and this S45 that use 2x AA batteries. Not that the S45 is in any way a large camera, in fact it is 10mm shorter, 3mm thinner and 30g lighter than the Olympus Mju 500. It is only by comparison to the tiny S5 range that it looks at all bulky.


There’s no doubt the S45 is an attractive camera, and thanks to the sandblasted matt metal finish it will stay looking good for a long time. Pentax build quality has always been good and the S45 is certainly no exception. The pressed aluminium body feels very strong, with no creaks or flexing when squeezed. Design and handling are superb, with a comfortable handgrip on the front, easy-to-use controls on the back and that huge LCD monitor. The card slot hatch is separate from the battery hatch and is latched and spring-loaded. The battery hatch is on the base of the camera, but since the tripod bush is right over on the left edge it might be possible to change batteries while the camera is fixed on a tripod.


The control interface and menu software are lifted whole from an earlier model, probably the S50, which would explain why the display mode button includes an option to turn off the LCD monitor. This would be useful on the S50, but then that model has an optical viewfinder. The S45 doesn’t, so turning off the monitor isn’t a particularly good idea.

A start-up time of three seconds is nothing exceptional, but isn’t too shabby for a camera in this class. Shot-to-shot performance has never been a Pentax Optio strongpoint, and still isn’t with the S45. In continuous mode it can shoot 10 frames at full resolution in 17 seconds, and manage 13 frames at this rate before having to pause for five seconds to empty the buffer. This is fairly sluggish performance by today’s standards, and something that Pentax will need to address in the near future if its cameras are to remain competitive.


Low-light focusing has also been a problem for some previous Pentax Optio models, but this at least appears to have been markedly improved. Although the S45 has no AF illuminator it is able to focus fairly quickly in light levels that would require a shutter speed of 1/4 second at f2.6, which is fairly respectable performance.


Where the S45 scores major points is with its fantastic range of features. On the main mode dial it has the usual program AE, portrait, landscape and night scene modes, but it also has ‘pict’ mode. This has very little to do with blue-painted Scotsmen. Instead it offers a further nine picture modes, including special settings for museums, flowers, text copying, self portraits, food, surf, snow and sunsets.


If that isn’t enough, there’s also a mode dial setting with a logo of an artist’s palette. This activates the digital filter mode. As well as sepia and monochrome, the S45 also has red, green and blue colour filters, and a lovely feature first seen on the Optio 33L back in 2003. It has a selective colour filter that renders the image in monochrome except for pixels in one particular colour, either red, green or blue. This is sometimes called the ‘Schindler’s List’ effect, after the movie in which it famously appeared. The camera does this on the fly, taking just a couple of extra seconds to process the image in this mode. Check out the last page for an example of this mode. Also available are automatic panorama mode and a double exposure mode that allows you to appear in shots alongside subjects you have photographed.


In terms of image quality, the S45 is comfortably above average, although it does have some noticeable issues. Noise control is very good with only a trace of colour distortion and speckling visible at 200 ISO, and even producing useable images at 400 ISO. Colour rendition is superb, even though the test shots were taken on an overcast day.


Unfortunately the S45, or at least our test model, had some major problems with lens distortion, especially at wide angle. Only the centre part of the image was really sharp, with very visible distortion over much of the rest of the image. Check out the test shot of the red door with the hanging baskets to see this effect. If you are considering buying an S45 it might be as well to check out this issue in the store before paying.


A nicely designed and well-made budget compact camera with excellent handling and a number of useful and novel features. Shot-to-shot performance is a bit slow, but the major problem seems to be bad lens distortion, which if not corrected cripples an otherwise good camera. 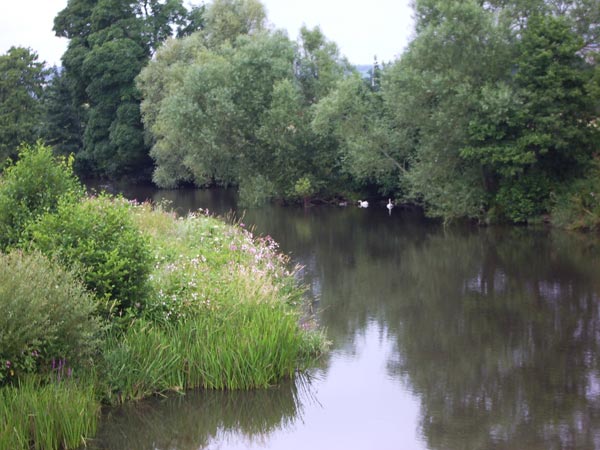 ”’Showing the maximum zoom range, this shot also shows that even at the telephoto end the lens is not free from distortion.”’ 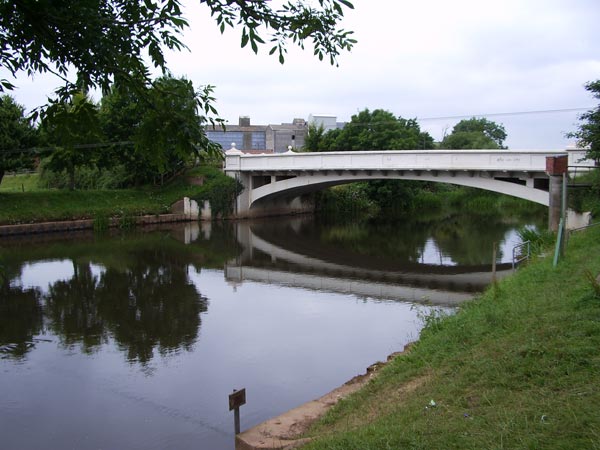 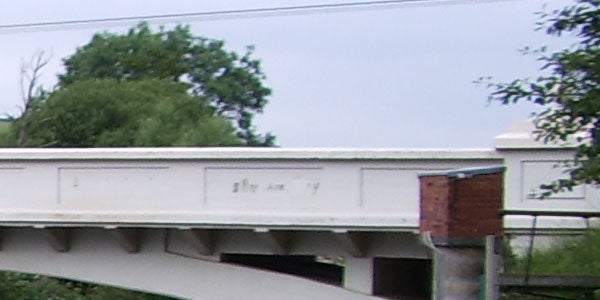 ”’This shot shows the maximum of the wide end of the zoom range, as well as a lot of lens distortion in the upper right part of the image. Here, the sharpness has fallen quite considerably.”’

”’Here the same scene as above has been sequentially captured at increasing ISO sensitivity, and a crop taken from each full size image.”’ 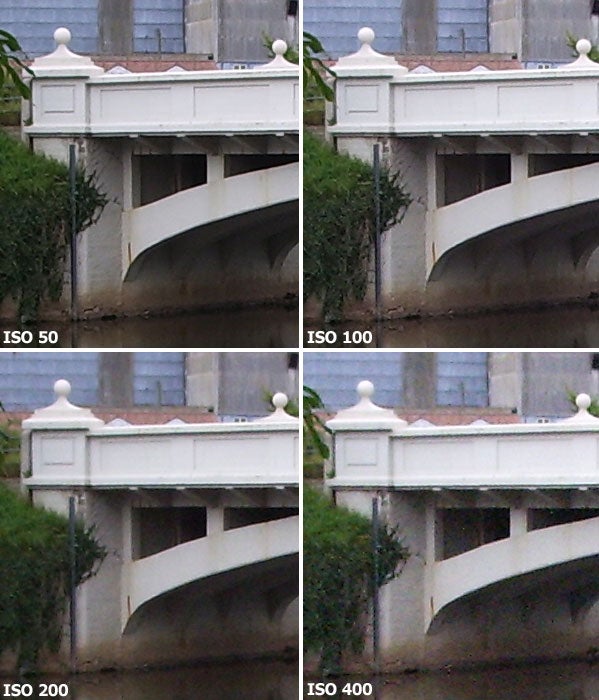 *”’At the minimum sensitivity setting of 50 ISO the image is noise-free and quite sharp.”’

*”’At 100 ISO there is still no visible image noise and not much evidence of sharpening.”’

*”’Loss of detail and some noise and colour distortion has crept in at 200 ISO, especially in the darker areas.”’

*”’At 400 ISO there is a good deal of image noise and detail has been lost, but the image is still just usable.”’ 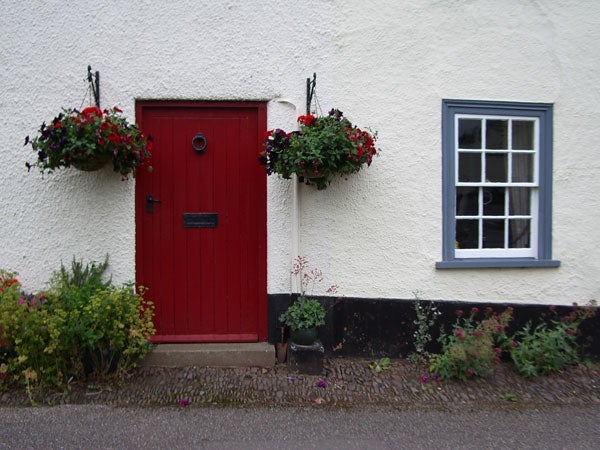 ”’Although the colour rendition and exposure are excellent, the shot is ruined by heavy lens distortion everywhere except in the centre of the frame.”’ 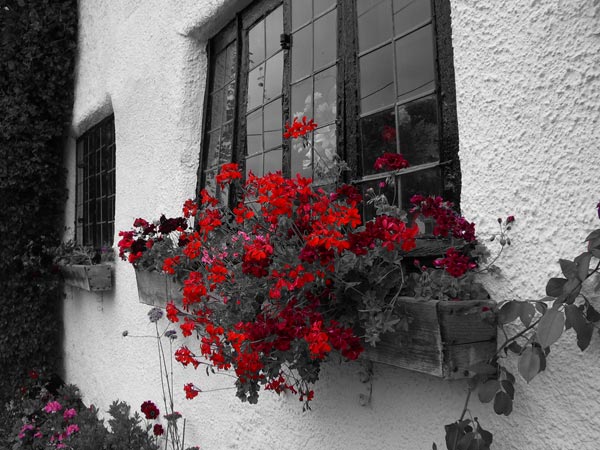 ”’The outstanding and unique ‘Schindler’s List’ filter in action. The S45 can also do this trick with green and blue.”’ 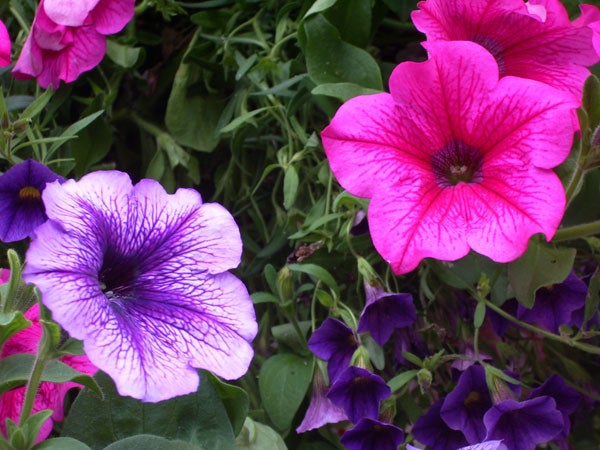