The original Pentax Optio S, launched in 2003, was one of the first truly ultra-compact digital cameras. It utilised a unique Pentax-designed Sliding Lens system, which meant that a 3x zoom lens could fit into a camera just 20mm thick and fold away flush with the camera body. It was a terrific piece of design and has been much imitated, not least by Pentax itself, which has launched a long series of Optio compact cameras over the past four and a half years most of which have been based on the same concept. The latest and greatest so far is the new Optio S10, and the family resemblance is striking. 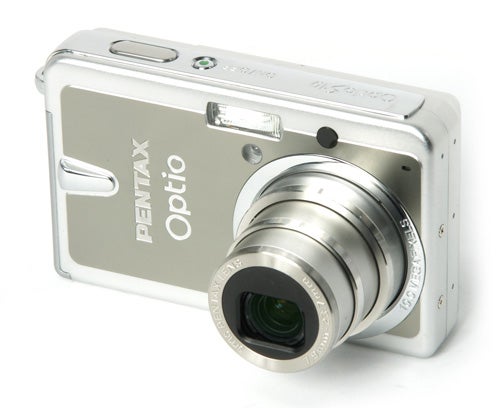 The Optio S10 follows the same form factor as all the previous S-series cameras. It is an ultra-compact point-and-shoot camera featuring 10-megapixel 1/1.8-inch CCD sensor, a 2.5-inch 232k monitor and a high quality SMC Pentax 3x zoom Sliding Lens. In size it is a bit bigger than the original Optio S, measuring 87 x 54 x 21mm (the Optio S was 83 x 52 x 20mm) and a little heavier too at 130g including battery and card (the Optio S was 115g), however this weight translates not into bulk but into a feeling of solidity and quality. The S10 certainly feels a lot more expensive than it actually is. Although it was only announced in August, it is already available from many retailers for as little as £149.99, which is below the average for a 10-megapixel camera. 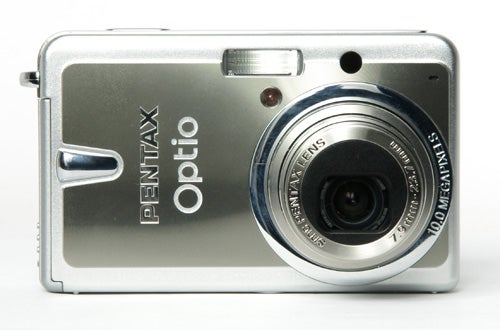 The S10 has an all-metal aluminium body, and the build quality is very good. The buttons fit to tolerances close enough to keep out dust, and the card/battery hatch, although plastic, has a sprung metal hinge. The S10 bears a strong resemblance to its earliest ancestor, as though in deliberate acknowledgement. The Optio S had a distinctive pattern of concentric circular ridges on its front panel, and the S10 has the same, although on the new model the actual ridges are almost too small to see, and can only be felt as a roughness with the edge of a fingernail. However they are enough to provide a surprisingly secure grip.

The Optio S10 may have the same sensor as the Optio A30, but it is at heart a very simple point-and-click snapshot camera. It has simple controls and only a basic set of features, although these days ‘basic’ can include quite a lot. It has three main operating modes, as selected by the Mode button on the D-pad. These are program auto, a fairly short selection of scene modes (including a portrait mode with face detection) or Pentax’s Auto Picture mode, a sort of super-auto in which the camera automatically selects which scene mode is most appropriate for the type of photo being taken, which it does with remarkable accuracy. 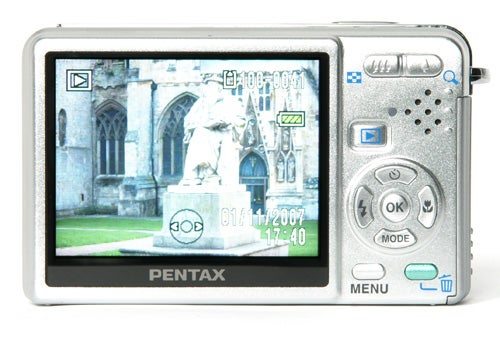 Despite its simple ethos the S10 does manage to pack in a decent list of menu options, including spot or wide-area focusing, spot, C/W or multi-zone metering, as well as adjustable contrast, saturation and sharpness. Most of the camera’s option are found via the buttons on the D-pad, with multiple focusing options including pan focus, infinity focus, super-macro and manual focus, as well as a 10/2-second self timer, continuous shooting and a setting to use the optional infrared remote control. Naturally at this price the S10 lacks the mechanical image stabilisation of the A30, instead relying on increased ISO sensitivity to reduce shutter times in low light, so-called “digital image stabilisation”. 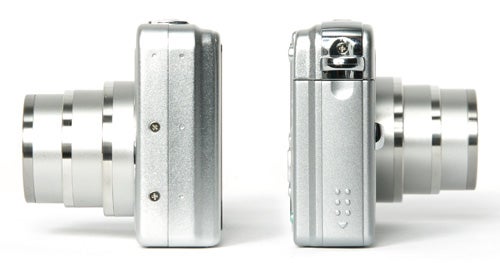 
Other features include a VGA 30fps video mode with mono audio, although the zoom lens cannot be used when shooting. There are several features in playback mode as well, including resizing and cropping, digital filter effects, automatic red-eye removal

and of course the frame composite mode.

Performance used to be a major issue with many of the Optio compacts, but this is an area where Pentax has made a lot of progress, and the S10’s performance is as good as anything in its class. It starts up in just under two and a half seconds, which is about average for a compact, but it is in shot-to-shot times that the biggest improvement is seen. In single-shot mode the S10 can manage to shoot every 2.2 seconds, and in continuous mode it shoots at a consistent 0.8 seconds per frame, which is quicker than many of its competitors. A lot of this improvement in performance is due to the vastly improved AF system, which I would now rate as one of the best in a compact camera in terms of both focusing speed and accuracy, and in low light ability. The S10 has an AF assist lamp and can focus in pitch dark at a range of several metres, but even beyond this its low-light focusing is exceptionally good. 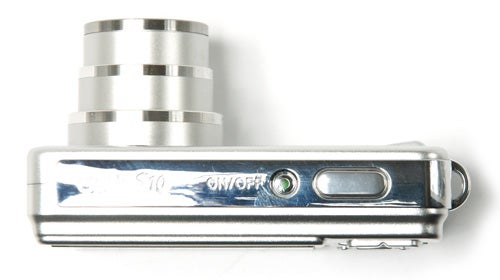 Fortunately the improvement in performance has been accompanied by an increase in overall picture quality, thanks in no small part to the excellent lens. Pentax has always enjoyed a good reputation for the quality of its optics, and the SMC (Super Multi Coated) Pentax label is usually a guarantee of superior performance. This is certainly the case here, with the S10’s lens producing excellent edge-to-edge sharpness and minimal barrel distortion at wide angle, both things that have been an issue on some versions of the Sliding Lens system. The 10-megapixel 1/1.8-inch sensor has already proven its quality in the Optio A30 and here it does so again, although as is usually the case with high-resolution compact sensors, there are major problems with image noise at all ISO settings above 100, and the limited dynamic range tends to mean that highlights are often burned out in order to preserve shadow detail. Other than this though the S10 provided consistently good results, especially in low light. About the only major weak point was the built-in flash, which is somewhat under powered and tends to be noticeably brighter towards the centre of the frame. 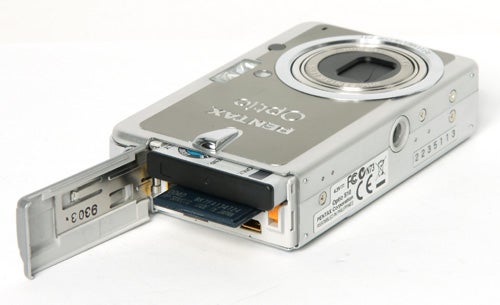 The latest in a successful series of ultra-compact cameras, the Pentax Optio S10 combines excellent build quality, simplicity of design and good all-round performance with a user-friendly ease of use. It compares well with other quality compacts from rival manufacturers, and its very good low-light performance makes it especially useful for social snapshot photography. If you’re looking for a camera to record the office Christmas party it should definitely be on your shortlist. 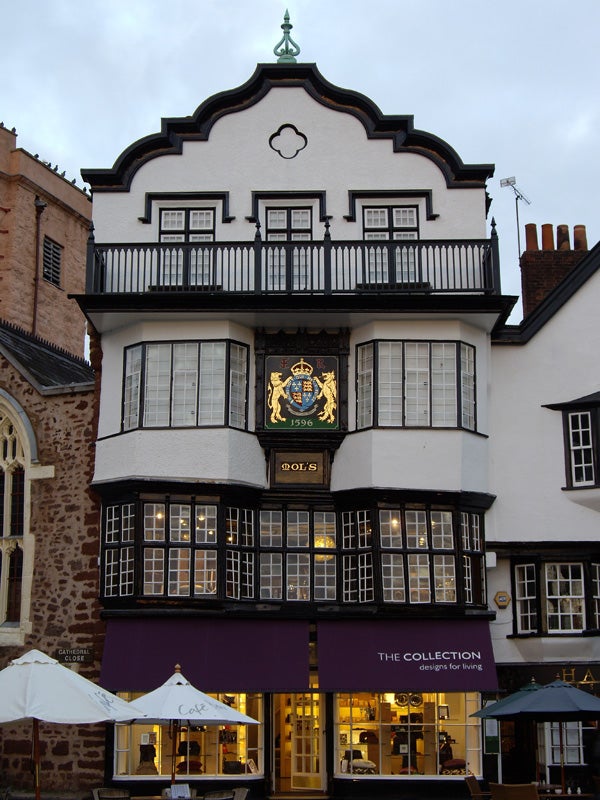 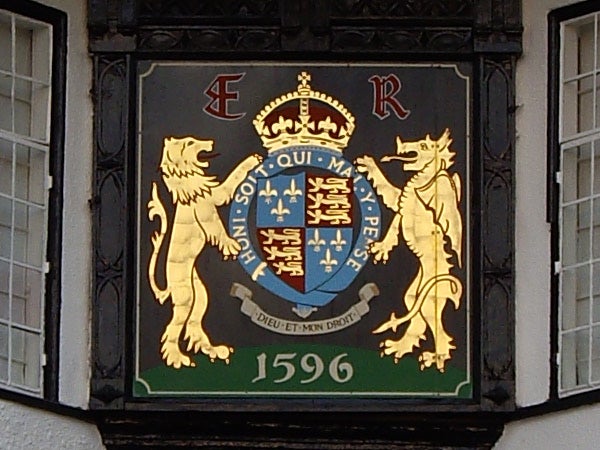 At the minimum setting of 64 ISO the image quality is excellent, with very sharp detail. 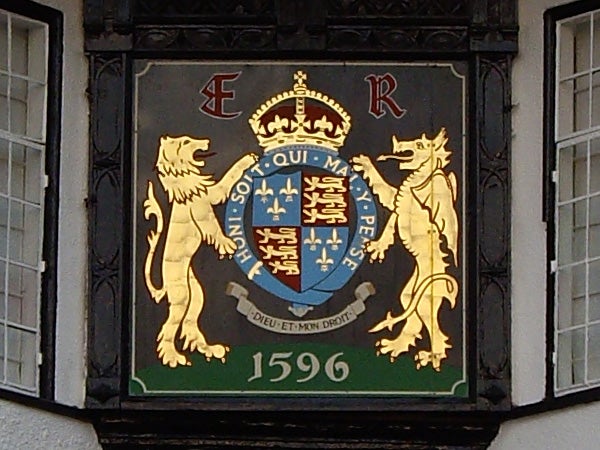 Not much difference at 100 ISO, and image quality is still very good. 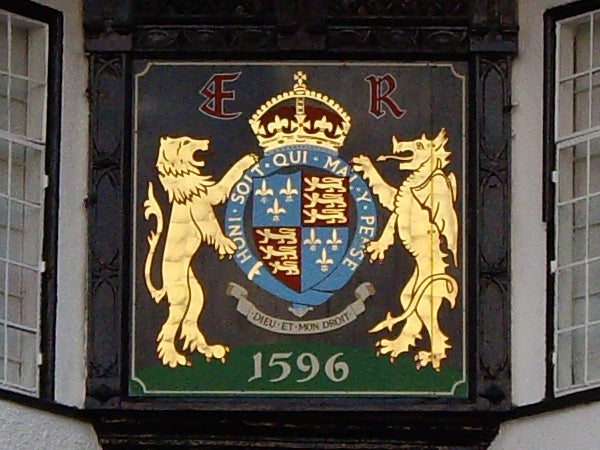 200 ISO and already there is visible image noise, particularly in the green and black areas. 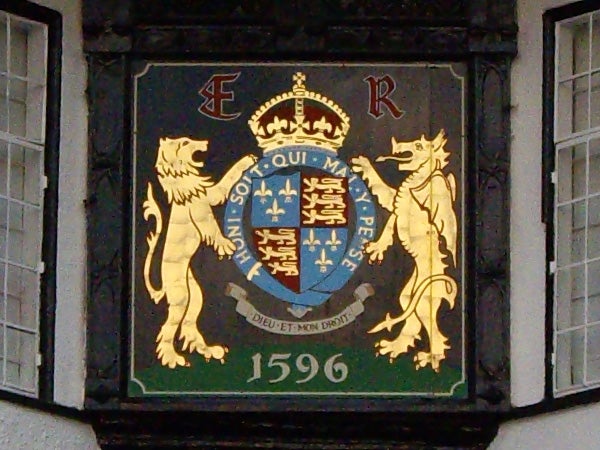 Noise gets progressively worse at 400 ISO, with large random colour patches, but there is still some fine detail. 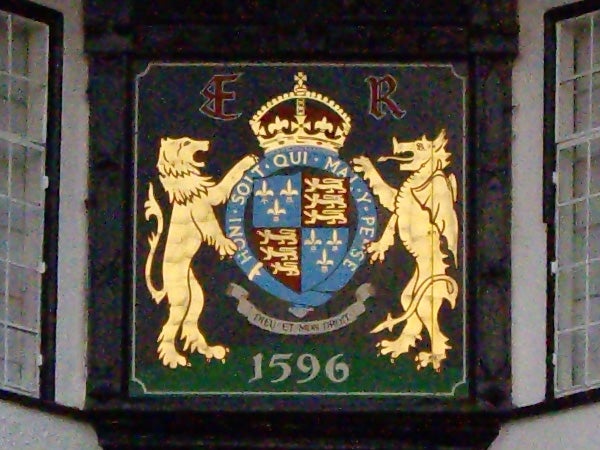 At 800 ISO the noise reduction system has blurred the image, resulting in a loss of fine detail. 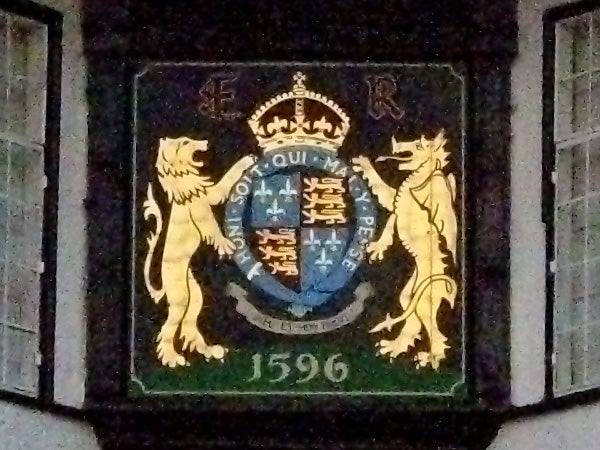 At the maximum 1600 ISO image quality is very poor, with blotchy colour and little fine detail. 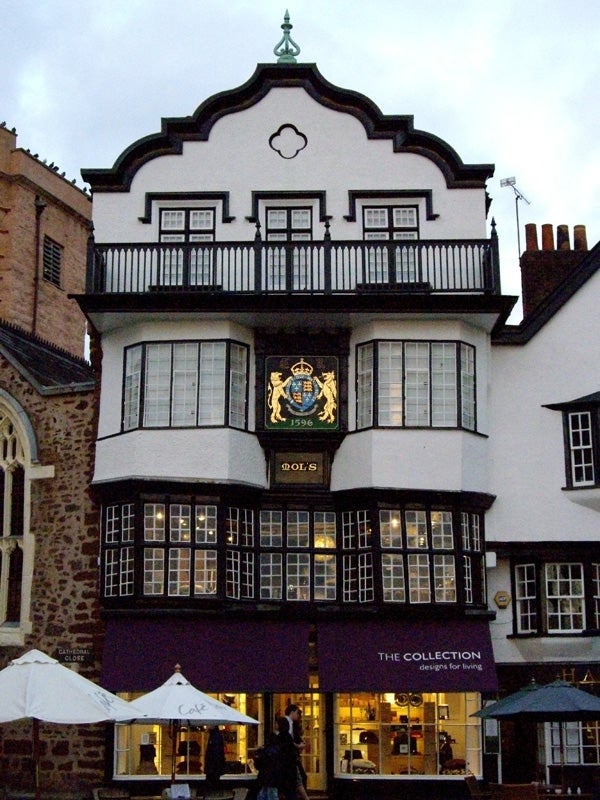 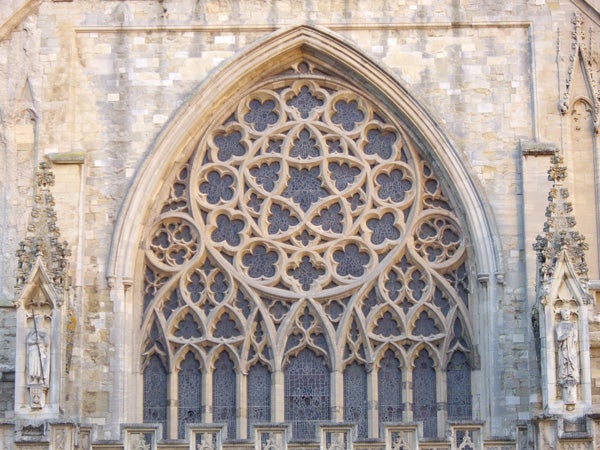 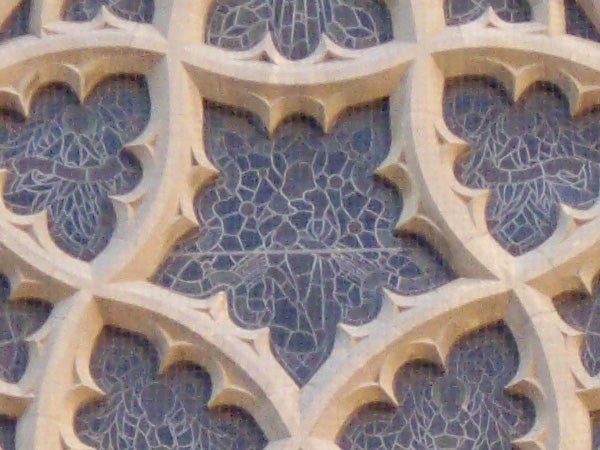 Unfortunately this shot was taken using the digital anti-shake mode, which has sett the ISO level to 400. Image quality at lower ISO settings is much better as you’ll see below. 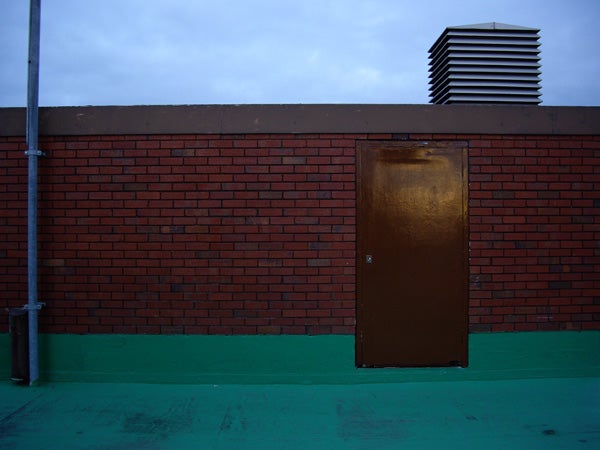 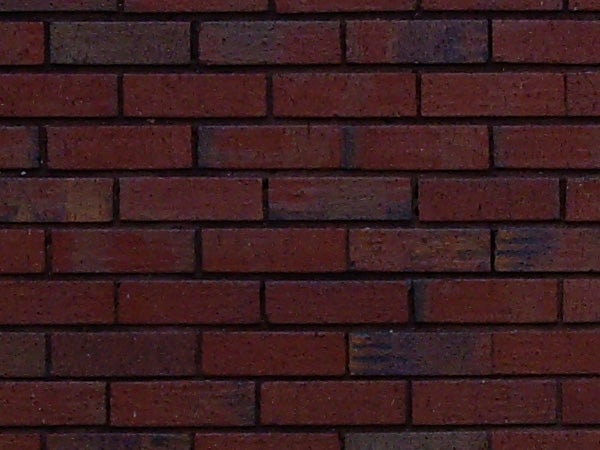 Sharpness at the centre of the frame is excellent, and at 100 ISO there is much better quality. 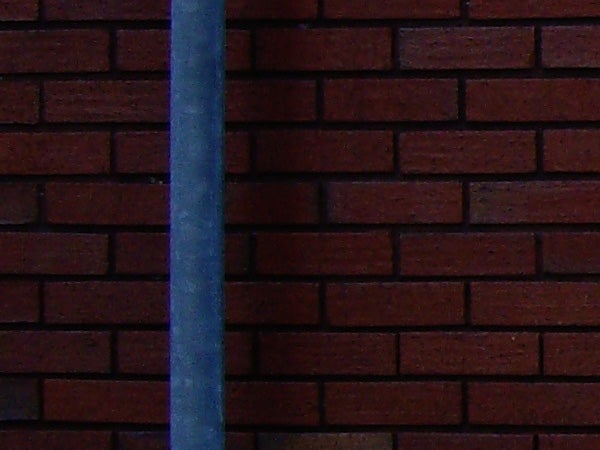 Edge sharpness is also very good, with barely a hint of chromatic aberration. 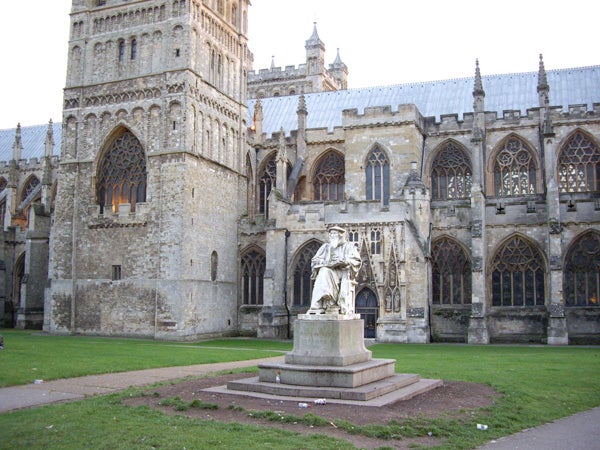 This was taken using the wide-angle setting, equivalent to 38mm. 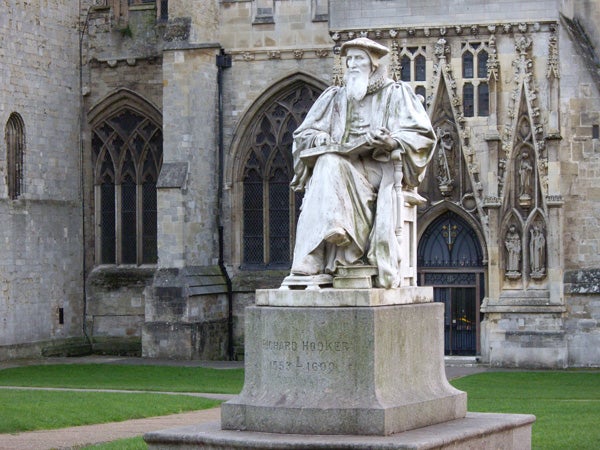 Taken from the same position, this shot shows the maximum telephoto setting, equivalent to 114mm.