Although it has recently astonished the world by announcing an impressive-looking 24x zoom bridge camera (which I hope to review very soon), Pentax is best known for its excellent digital SLRs and of course for its extensive and long-running series of ultra-compacts, the Optio range. The last one I looked at was the budget-priced 10MP, 5x zoom Optio M60 in December last year, but the digital camera market never rests, so today I’m taking a look at Pentax’s latest, the 12MP, 4x zoom Optio P70. 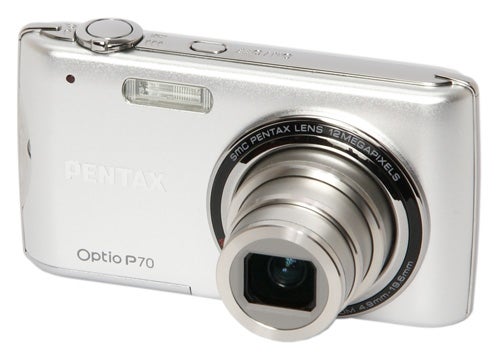 
The design of the P70’s body departs radically from the rather box-like shape of most previous Pentax compacts, instead sporting a smooth round-ended shape and ultra-slim profile designed to slip unobtrusively into any pocket. The case is all aluminium, finished in an attractive anodised texture, and is available in red, blue or the silver colour shown here. It’s a very small and lightweight camera, weighing 125g fully loaded and measuring 97 x 54 x 21.5mm including the lens, although the main part of the body is just 18mm thick. 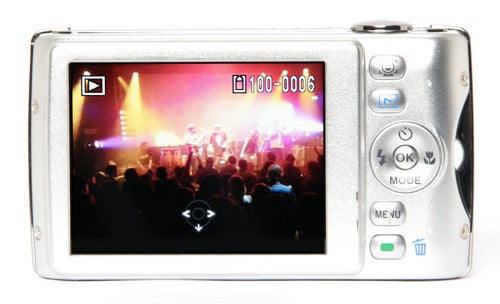 The overall build quality is very good, and despite its small size it feels sturdy and well made. The controls are well laid out, the buttons are relatively large and clearly labelled, and the large 2.7-inch 230k monitor screen is bright, clear and has a good anti-glare coating. It is also slightly recessed, so it doesn’t pick up too many scratches in everyday use. The only downside to the overall design is that the shape is rather hard to grip securely. There isn’t enough room on the back for your thumb, and the curved shape does become very slippery if your hands are a bit sweaty.

The P70 has some interesting features. The most obvious is the 4x zoom lens, which has a wide-angle end equivalent to 27.5mm, a good choice for landscape snapshots, but it does mean that the telephoto end only stretches as far as 110mm, which isn’t much more than an average 3x zoom. It is quite a fast lens though, with a maximum aperture at wide-angle of f/2.6, and even mid-way through the zoom range it is still f/3.5, which is faster than some rivals. Despite this the lens folds flush with the body, helping to give the P70 its slim profile. 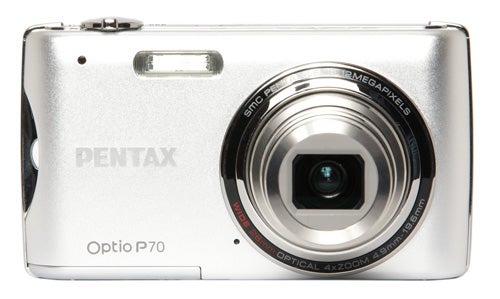 The hot new feature that everyone seems to want this year is HD video recording, and the P70 is capable of shooting video at 1280 x 720 resolution, but only at a rather slow and jerky 15 frames per second. For smoother 30fps video it is limited to VGA resolution (640 x 480), with mono audio. The zoom lens cannot be used while filming, but it does have digital image stabilisation.


It also has digital image stabilisation in still mode, with a feature on the menu called Pixel Track SR. This is just a new name for an old technology, which reduces blurring caused by camera shake by attempting to do electronically what a sensor-shift image stabilisation system does mechanically. It’s reasonably successful, producing about two stops’ worth of extra low-speed stability. However it does have a downside; the image has to be digitally processed after shooting, which can take several seconds, an annoying delay if you’re shooting fast-moving action.


Other advanced features include a fast face detection system with a smile shutter function. The face detection is actually pretty good, recognising faces even in quite low light and when turned slightly away from the camera. However it also likes to recognise faces where there aren’t any. On my lens distortion test shot it confidently informed me that the wall had blinked when the shot was taken. I know walls have ears, but I didn’t know they had eyes as well. 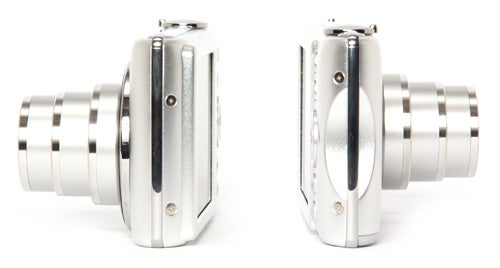 One unusual feature of the P70 is an option to use the centre button of the D-pad as a secondary shutter button for portrait-format shots, mimicking the way that some mobile phone cameras operate. I used this to take some shots of a concert, and it did prove useful when holding the camera above the heads of the crowd, although I can’t think of many other situations where it would be an advantage.

The P70’s overall performance is variable. It starts up in approximately two and a quarter seconds, and takes nearly three seconds to shut down again, which is a little on the slow side but not dramatically so. In single-shot mode at the highest quality setting the shot-to-shot time is approximately 4.5 seconds, which is rather slow, but if the Pixel Track SR feature is used the processing time can slow this down even more, to approximately 12 seconds, which is slow enough to be a real problem. The Pixel Tracking SR is a useful feature, but it really needs to be running on a much faster processor. 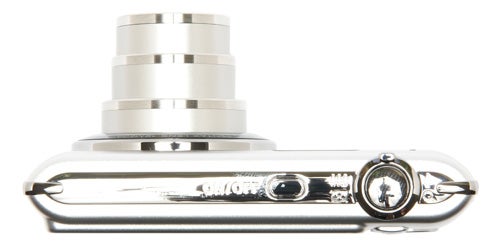 In continuous shooting mode it’s not much better. In standard continuous is averages approximately 3.5 seconds per shot, but the rate is not consistent, sometimes speeding up or slowing down. There is a faster HS continuous mode that shoots at approximately 2.5 frames a second, but this is limited to five megapixels and six shots.


Annoyingly the autofocus system is very good, focusing quickly and accurately in most lighting conditions, even in quite dim light. The P70 has no AF assist light, so it can’t focus in total darkness, but it coped well with pub and club lighting.


Image quality too is well above average. The lens is good, producing almost no barrel distortion (although this may be due to internal image processing; it’s hard to tell) decent corner sharpness and minimal chromatic aberration. The level of fine detail is about average for a high-resolution compact, in other words it’s no better or worse than the 10MP Optio M60. Dynamic range however is quite limited, as it usually is with 12MP sensors. High contrast shots had burned-out highlights and almost no shadow detail. 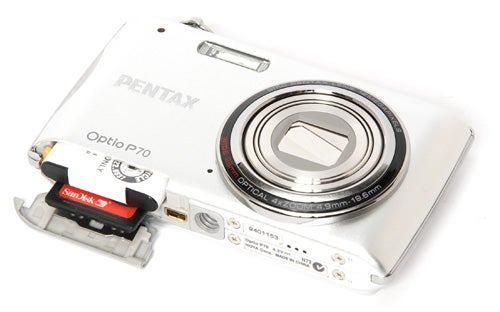 Image noise was visible on all shots, even at the lowest ISO setting, but the noise reduction does a good job. It seems to be tuned to produce its best results at around 400 ISO, but it turns in useable images with good detail at up to 800 ISO, and even 1600 ISO isn’t a total loss. 3200 and 6400 ISO are available at 5MP resolution, but the results are very poor.

The Pentax P70 is a camera with both good and bad points. It looks great, is well made and is extremely easy to use. It has a useful zoom range, the monitor is nice and it has some useful advanced features including an effective digital SR system. Image quality is good under most circumstances, low-light performance is also above average, and it is certainly good value for money. However it is let down by very slow performance, especially when using the digital SR feature. 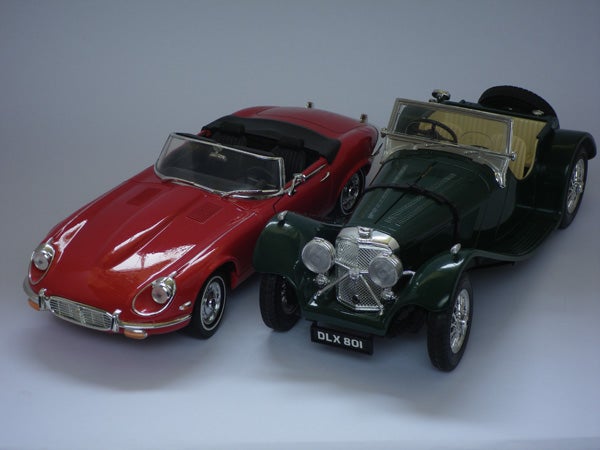 This is the full frame at minimum ISO. It is under-exposed slightly due to the limited shutter speed in program mode. 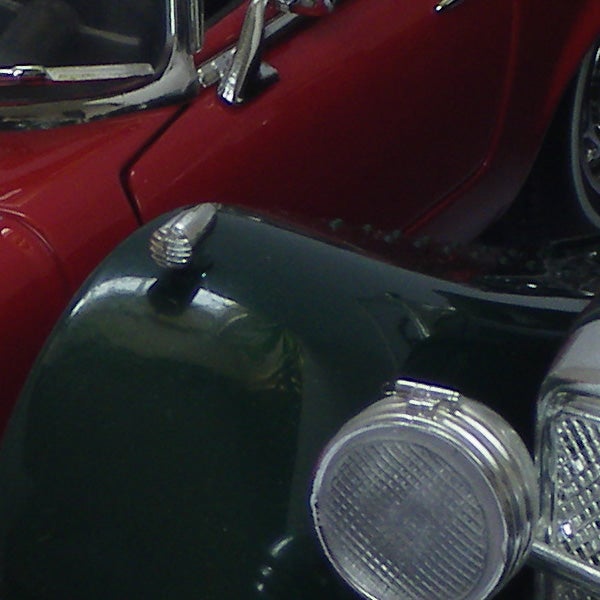 There is a slight haze of noise at 64 ISO, but the overall level of detail is good, and colours are accurate. 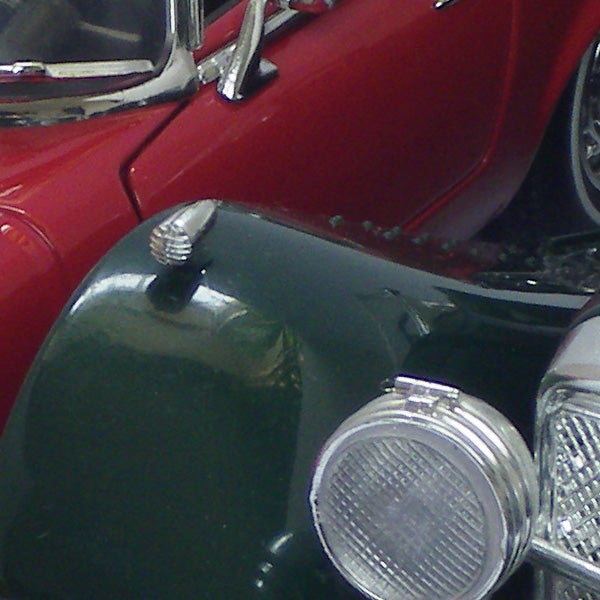 Exposure is correct at 100 ISO, and the noise levels are about the same. 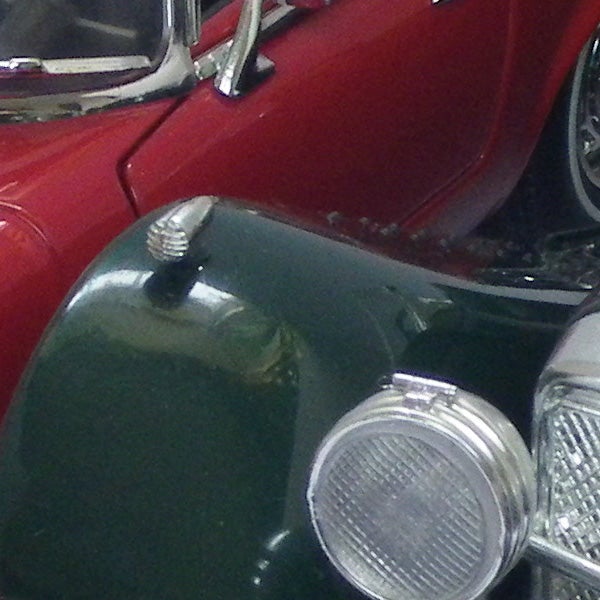 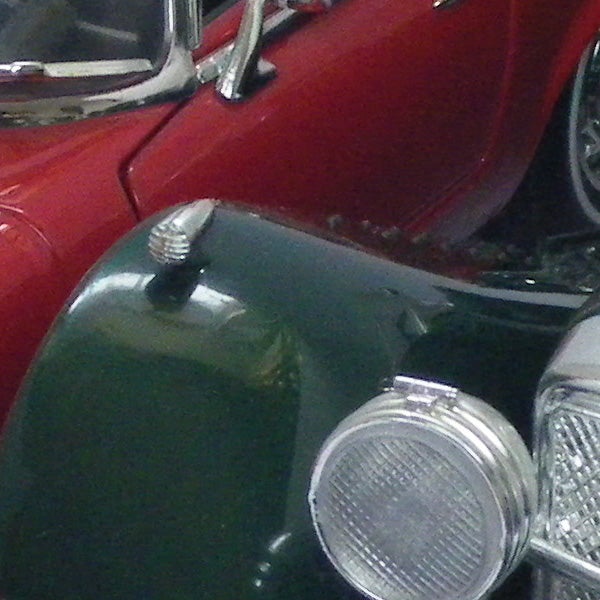 There is some colour distortion at 400 ISO, but this would still make a good print. 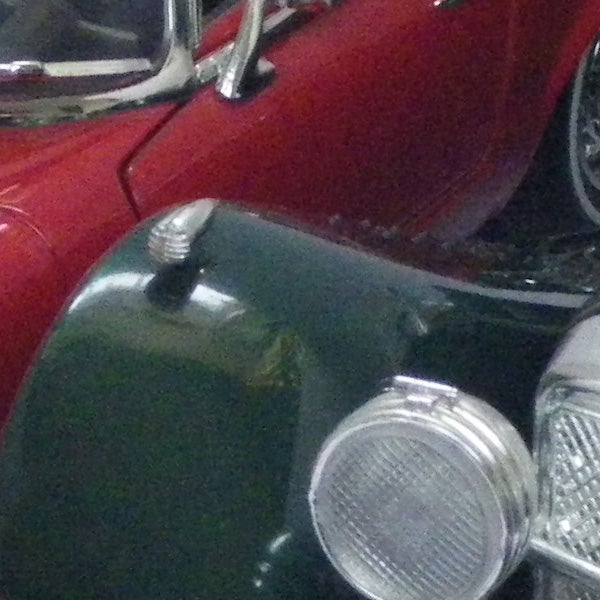 Noise is starting to become a problem at 800 ISO, but overall quality is still pretty good. 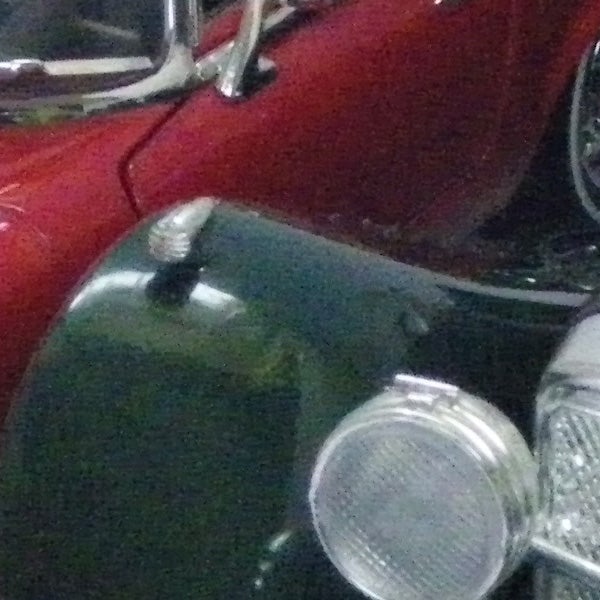 Lots of noise now at 1600 ISO, but exposure and colour are still quite good. 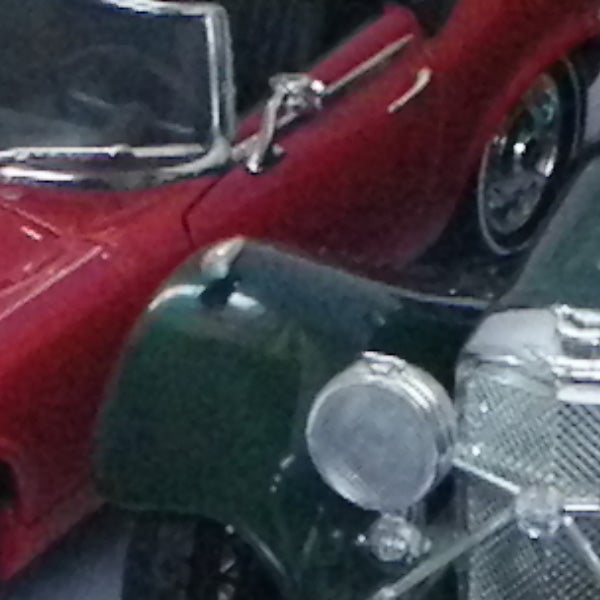 3200 ISO is available, but limited to 5MP. Image quality is pretty terrible though. 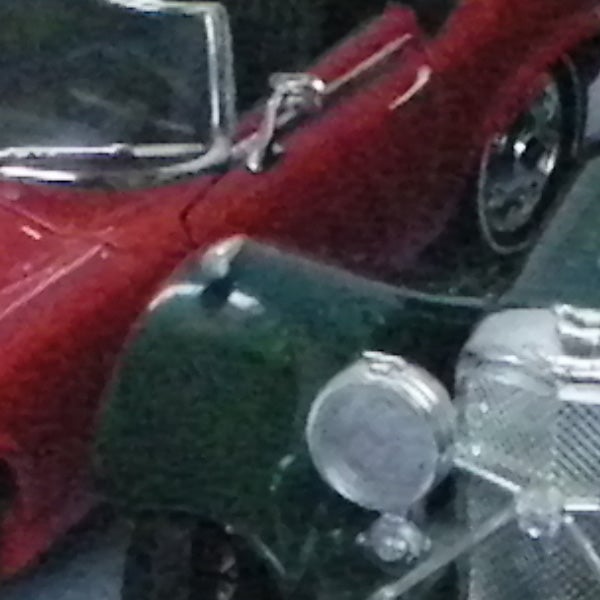 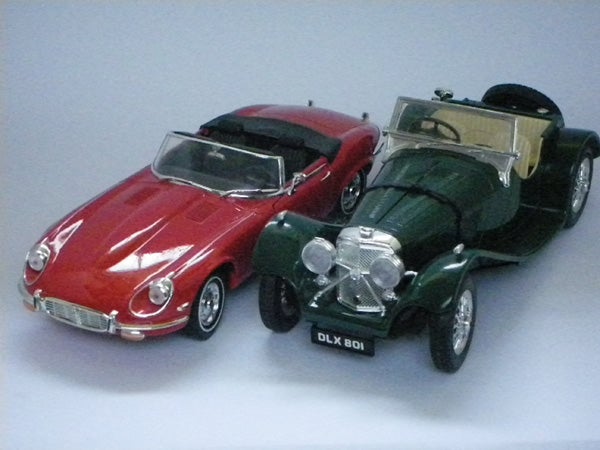 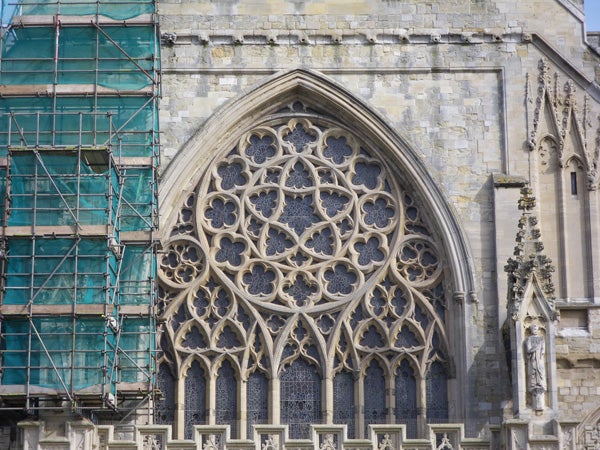 Here’s the usual detail test shot of the West Window of Exeter Cathedral, for you to compare with other cameras. See below for a full res crop, or click to see the whole picture. Please note that all these test shots were unforunately shot at full resolution but at the second-highest quality setting. I will update them later this week. 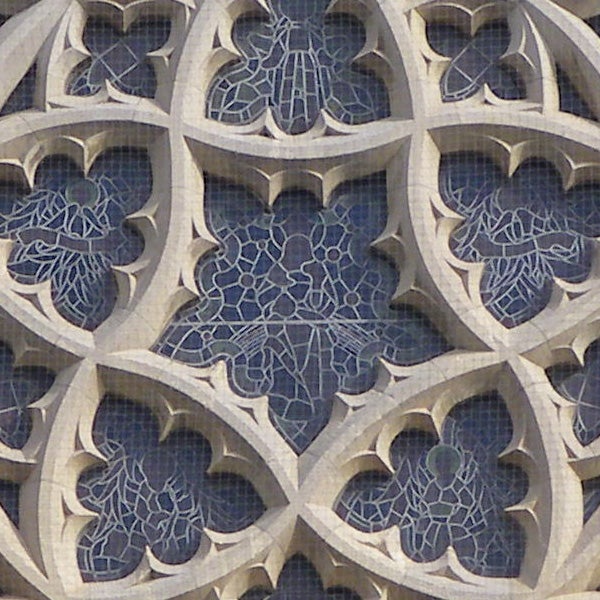 Even at the lower quality setting, the level of recorded detail is very good. 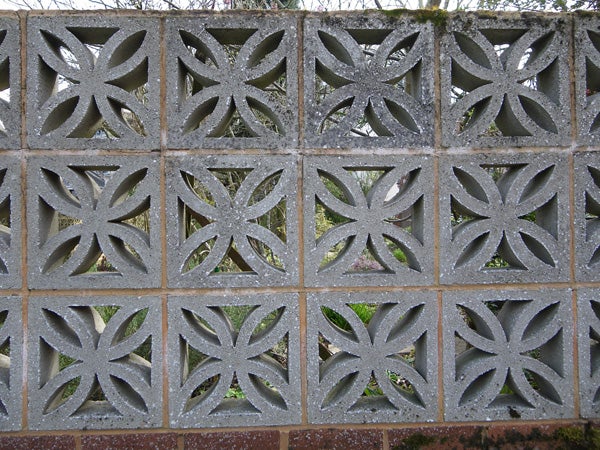 The lens (or is it the processing?) produces almost no barrel distortion. 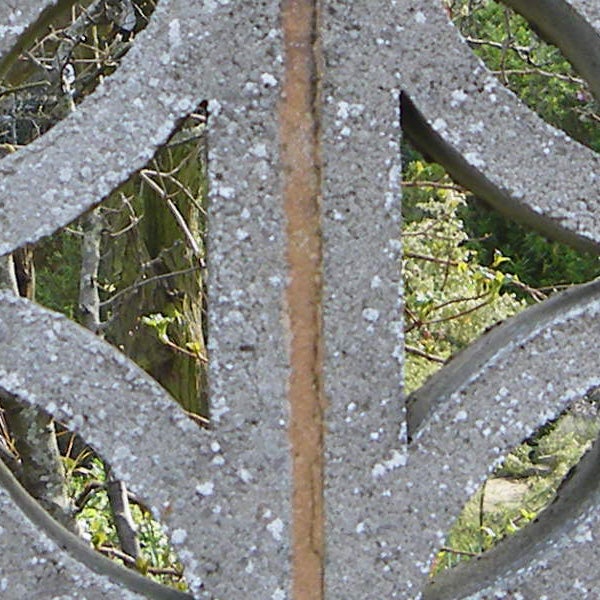 Unfortunately AF system seems to have focused on the background… 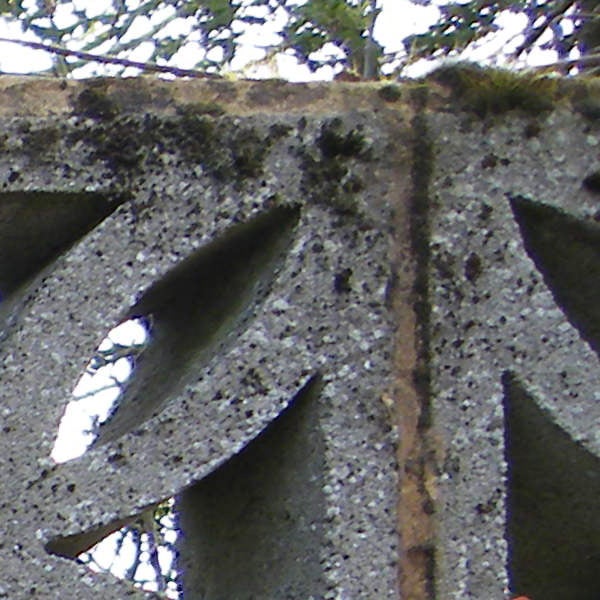 Corner sharpness is good though, with minimal chromatic aberration. 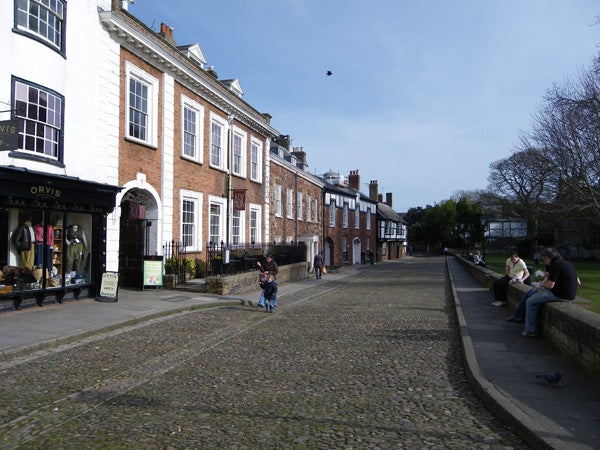 The wide angle end is equivalent to 27.5mm, useful for general snapshots and landscapes. that black blob is a bird. 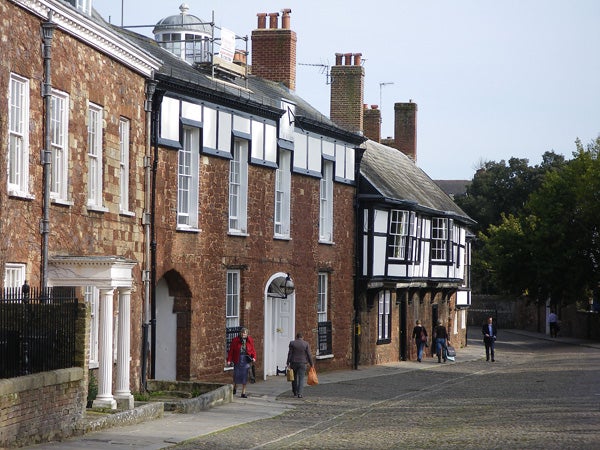 The telephoto end of the zoom is equivalent to 110mm, not much more than a typical 3x zoom. 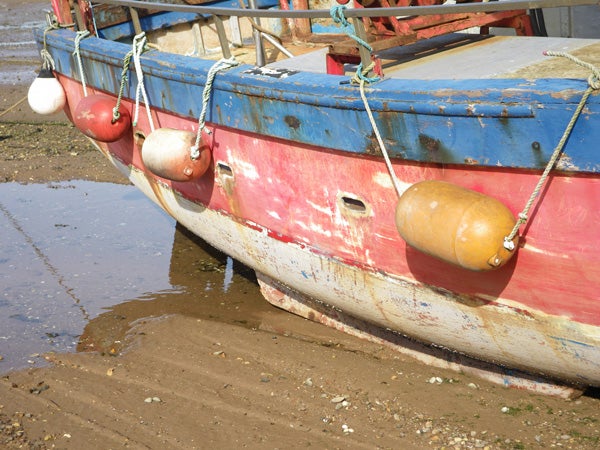 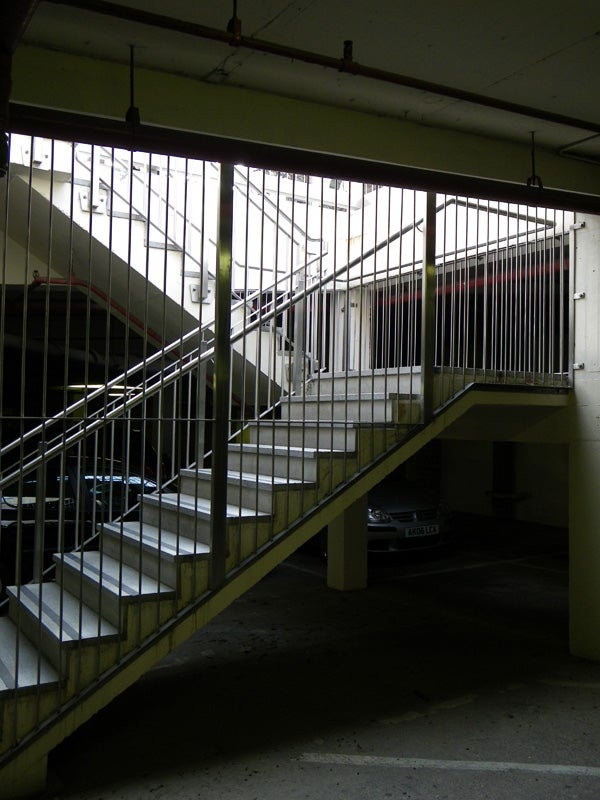 Dynamic range is a bit limited though, with very murky shadows. 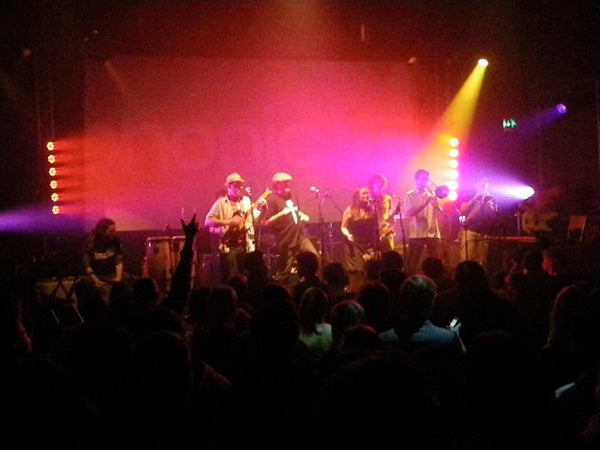 The superb band Melosa at Exeter Phoenix centre, at 6400 ISO. The shot is grainy, but the colours are bright. 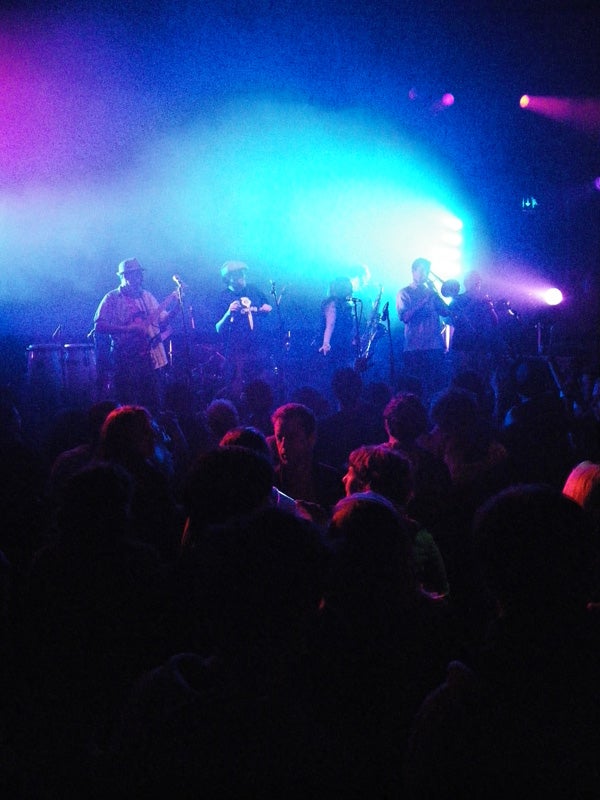