Over the past few weeks I’ve been inundated with expensive top-of-the range compact cameras packed with the latest high-tech features and costing hundreds of pounds. Cameras like the Panasonic LX3, Canon IXUS 870 IS and Nikon S710 are amazing gadgets, but even I will admit that in terms of value for money most of them leave something to be desired. Today though I’m looking at a camera that is good value incarnate; the Pentax Optio M60, a slim 10-megapixel, 5x zoom ultra-compact that sells for just £100. You could buy three of them for the price of an LX3, and still have enough money left for a memory card. 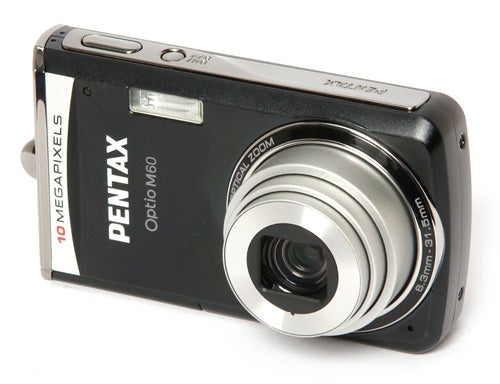 Pentax is one of the original “Big Five” camera companies, along with Nikon, Canon, Olympus and the now defunct Minolta. It has produced many excellent cameras over the years, and this huge experience shows in its current camera range, which includes digital compacts such as the Optio S12, V20 and A40, as well as several digital SLRs and two highly-regarded medium-format film cameras. 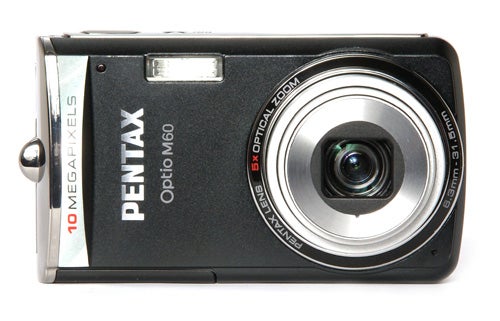 The Optio M60 looks and feels a lot more expensive than it actually is. The body is all aluminium and feels solidly well made, and the overall design is attractive without being flashy. The shape is easy to hold securely, with a protrusion on the front that serves as a finger grip and a textured area on the back for your thumb. The control layout is sensible and well spaced out, and the camera handles extremely well. The body is very compact, measuring 95 x 55 x 23.5mm, and extremely light, weighing only 130g including battery and memory card. It is a camera that you can carry unobtrusively in a shirt pocket.

Of course for £100 you can’t expect too much, and the M60 does lack a few features that one would take for granted on a more expensive camera. It has no image stabilisation, except for a digital shake reduction function in video mode, there are no manual exposure options, and the zoom range of 36-180mm lacks the wide-angle ability that is becoming more common on higher-end models. However it does offer tracking AF, an improved face detection system with blink detection, a full range of metering options including spot, centre-weighted and multi-zone, 6400 ISO maximum sensitivity and adjustable saturation, sharpness and contrast. Some cameras costing over twice as much don’t offer all of those options. 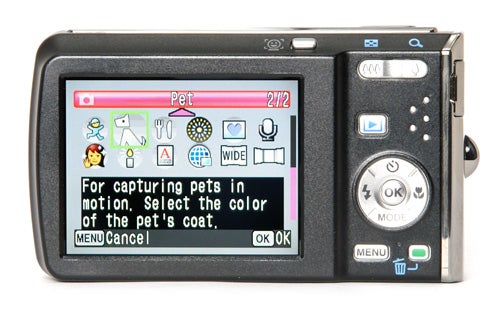 The M60’s great strength is its ease of use. Pressing the Mode button on the D-Pad opens up the scene mode menu, which has no less than 24 options, including all the usual ones such as portrait, landscape, sport, night portrait and night scene, as well as some more unusual ones such as active children, fireworks, food and pets, with sub-settings for the colour of the pet’s coat. It also has sub-settings for cats and dogs, although of course this is a joke by the designers. To my relief it also has Pentax’s wonderful frame composite mode, which now offers over 80 frames to superimpose over your pictures.


Pentax was the first company to introduce automatic scene selection, and the M60 has this option. It works well, accurately choosing from the main shooting modes depending on the circumstances. It also has Pentax’s usual Green Button mode, which in its default state sets the camera to an Auto-everything “idiot mode”. However the button can be re-assigned via the menu to something more useful, such as ISO setting or white balance. 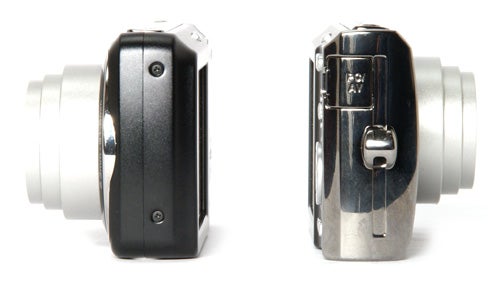 There are several useful options in playback mode, as well as a digital shake reduction function, which to be honest doesn’t really help that much with any significant blurring. The same composite frames can be added to pictures in playback, and there is a nice digital filter option including single colour masking, which everything except a chosen colour is turned black and white.

The M60’s performance is adequate, although not spectacular. It starts up in a little over three seconds, which isn’t too bad for a budget camera, however the shot-to-shot time in single-shot mode and maximum image quality is 4.4 seconds, which is extremely slow. The main problem is the autofocus system, which while very reliable and capable of focusing well in low light conditions, is nonetheless glacially slow, taking over two seconds to focus even in good light. In continuous shooting mode the cycle time is a more reasonable two seconds, but while it does have an audio shooting cue it doesn’t focus between shots. 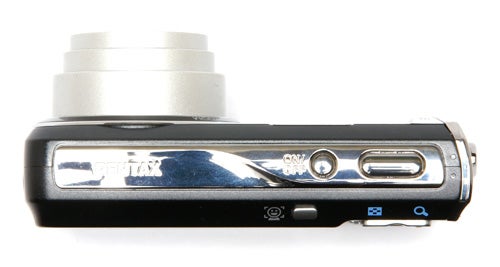 While in an ideal world a £100 camera would have virtually perfect image quality, here on Earth you tend to get what you pay for. The M60 is a cheap snapshot camera, and it performs as such. Under good lighting it can take a perfectly acceptable photo most of the time. The level of detail is good, certainly on a par with other 10MP compacts, but sadly the major weak point is the lens quality. Actual barrel distortion isn’t too bad, but it has areas of distortion near the middle of the frame, significant chromatic aberration over large areas of the image, a general softness in all shots and very bad corner blurring, especially at wide angle. It’s a shame, because Pentax has a very good reputation for the quality of its lenses. The M60 is letting the side down badly.


In other respects the image quality is actually not bad. While some image noise is visible on all shots from 200 ISO upwards, it is quite well handled and images are usable up to 1600 ISO. The 3200 and 6400 ISO settings are pretty much useless gimmicks as is usually the case. Colour reproduction is good, and while dynamic range could be better shadow detail can be improved by adjusting levels in Photoshop. 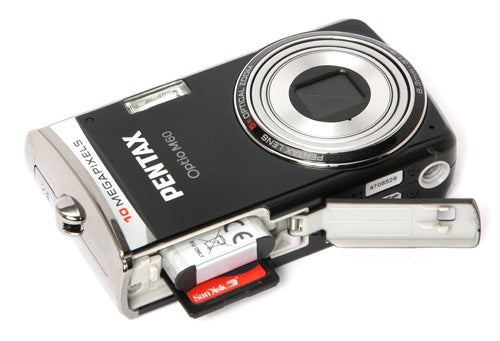 The Pentax M60 shows that you don’t have to spend a fortune to get a decent camera. While it does have its limitations, for £100 it offers excellent build quality, great handling, a wonderfully easy-to-use interface and some fun features. Unfortunately its low price shows in its slow performance and poor overall image quality. 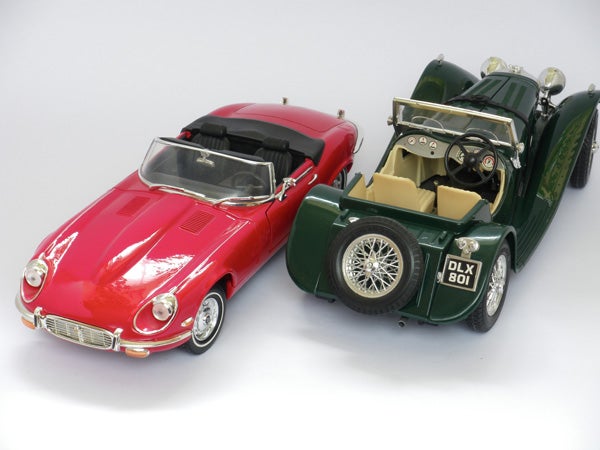 The full frame at 64 ISO, the minimum setting. 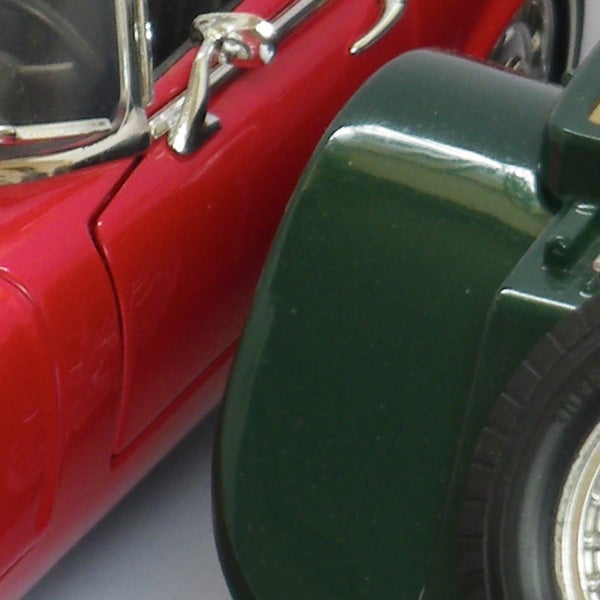 At 64 ISO the image quality is good, with no visible noise and good colour reproduction. 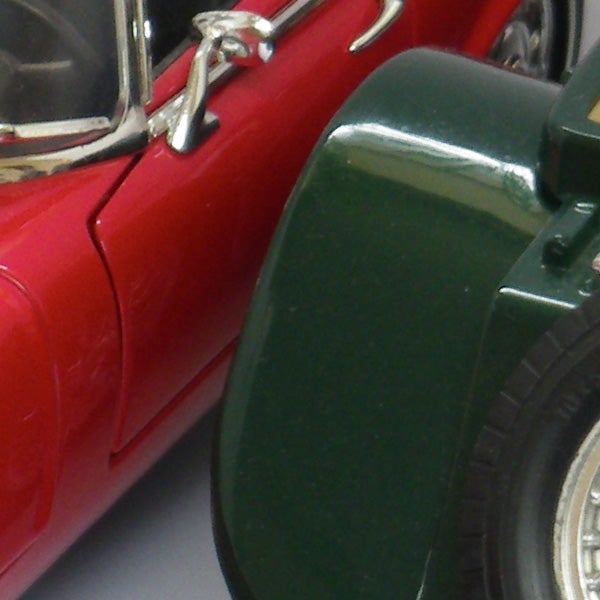 There is a hint of chroma noise at 100 ISO, but overall quality is good. 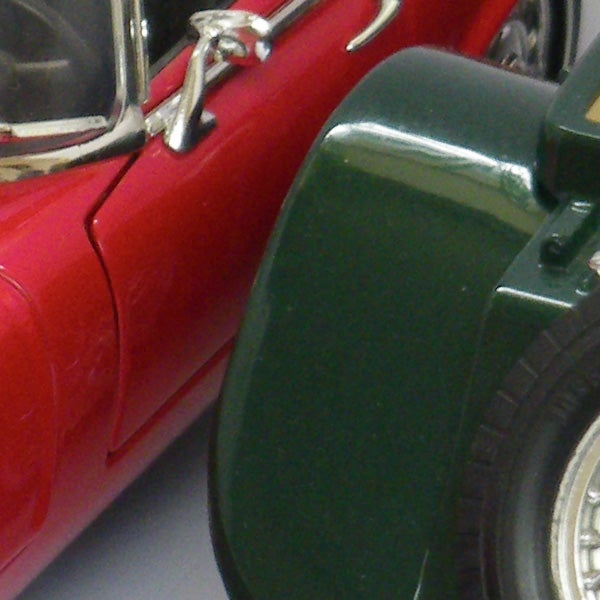 Noise is clearly visible at 200 ISO, but still no major problems. 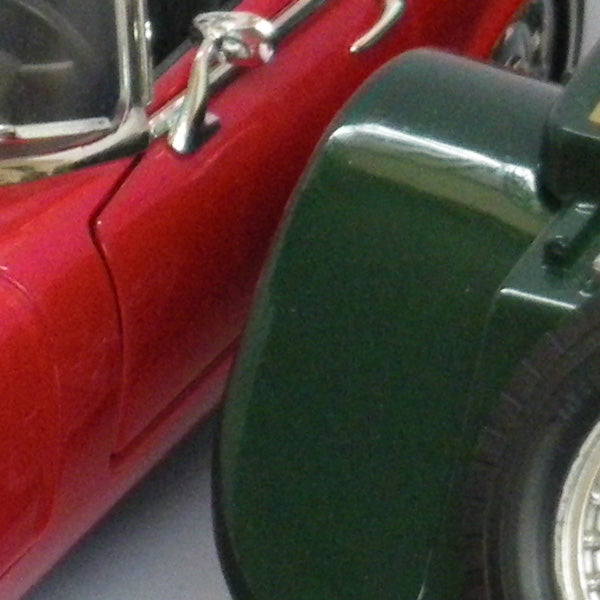 Noise reduction is causing some loss of detail at 400 ISO. 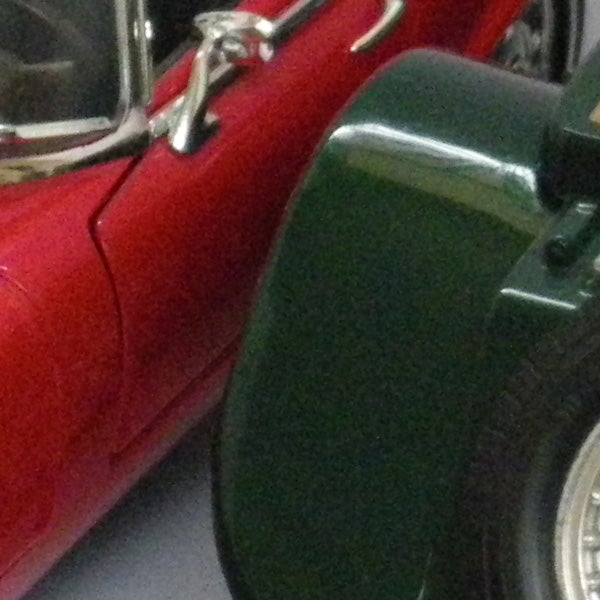 Significant levels of noise at 800 ISO, but still plenty of detail. 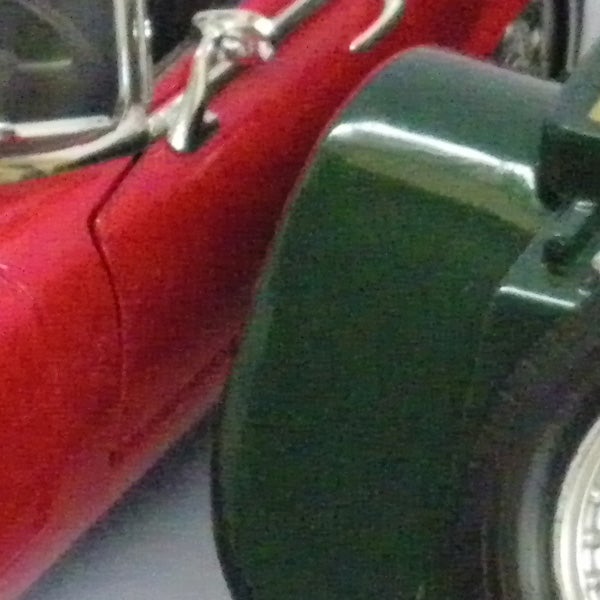 Pixel binning at 1600 ISO has greatly reduced the level of detail. 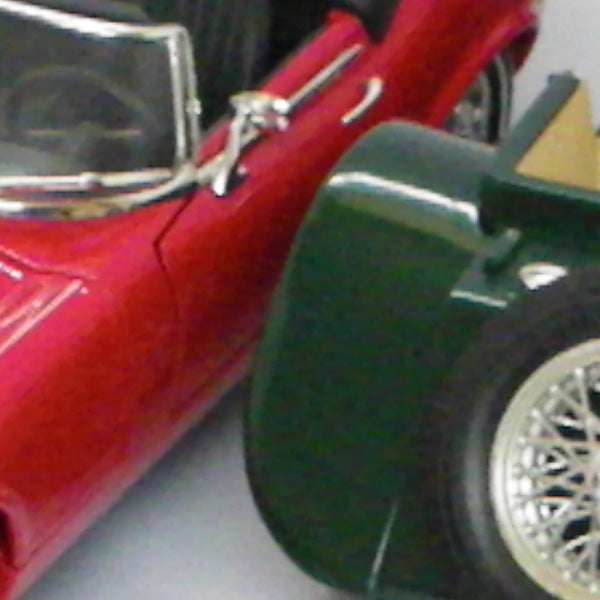 3200 ISO is restricted to 5MP, and picture quality suffers accordingly. 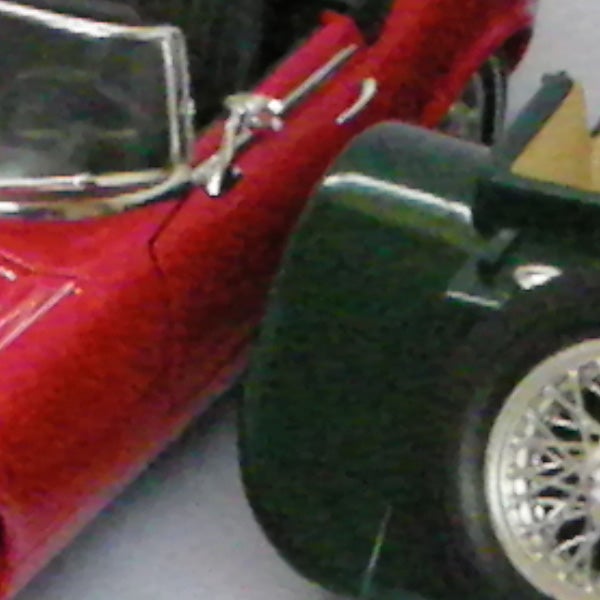 6400 ISO is also limited to 5MP, and picture quality is even lower. 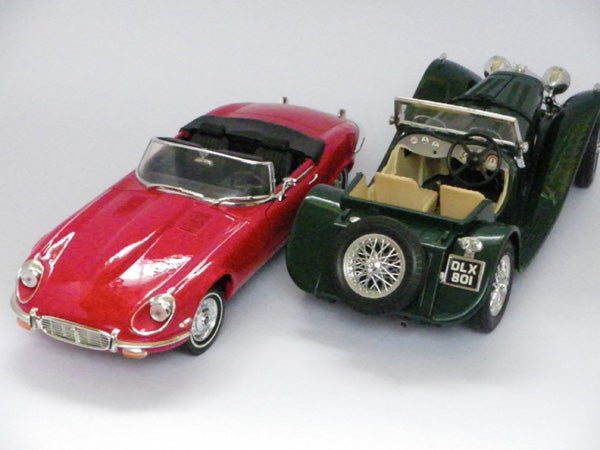 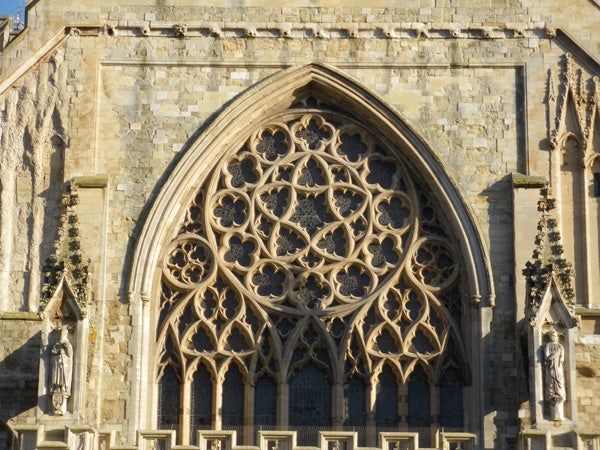 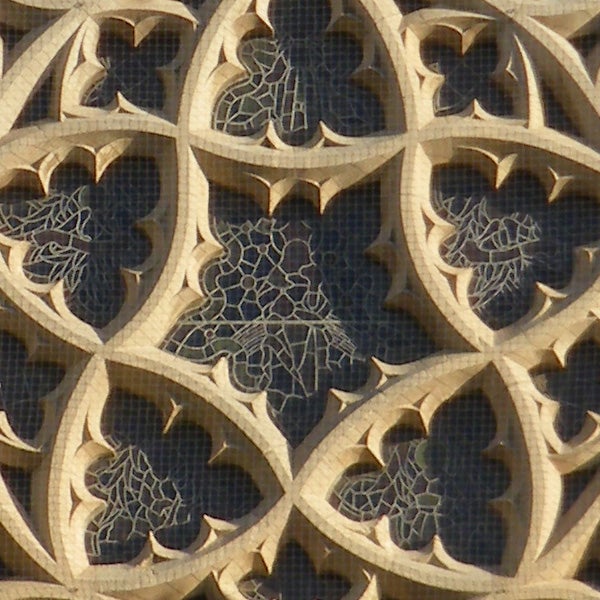 The level of detail is very good towards the middle of the frame. 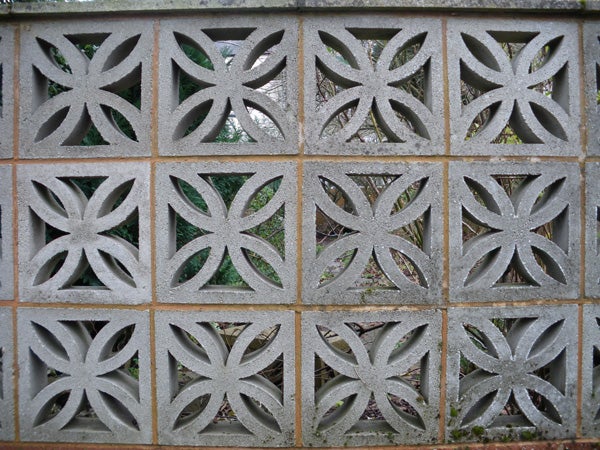 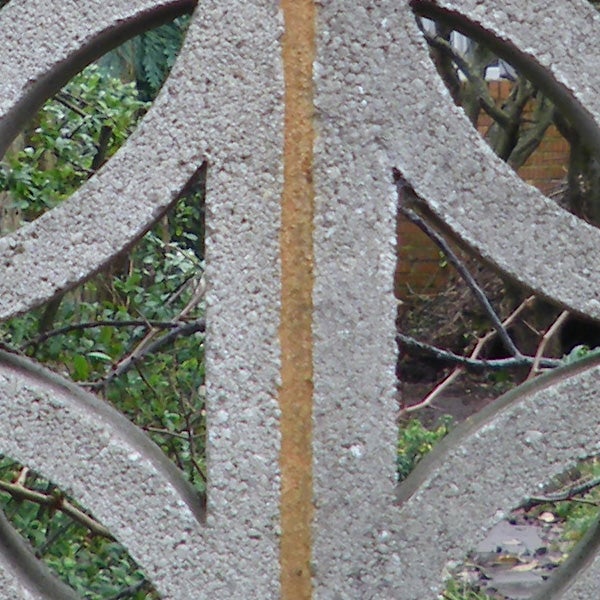 Centre sharpness could be better, and there is some distortion and chromatic aberration. 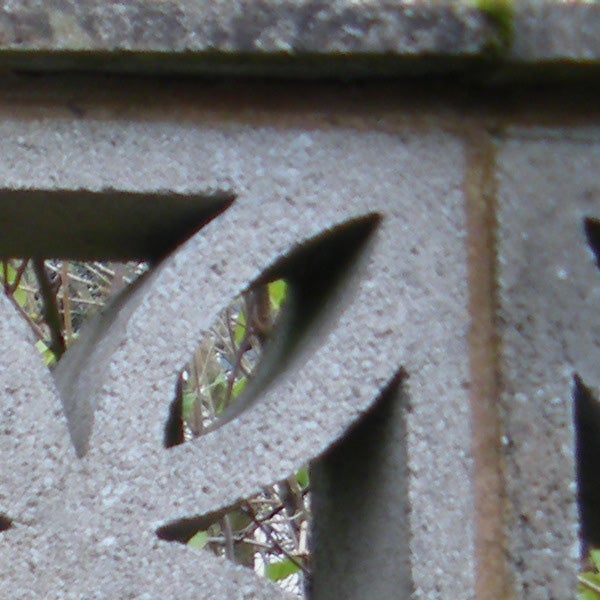 There is quite a bit of blurring in the corners of the frame. 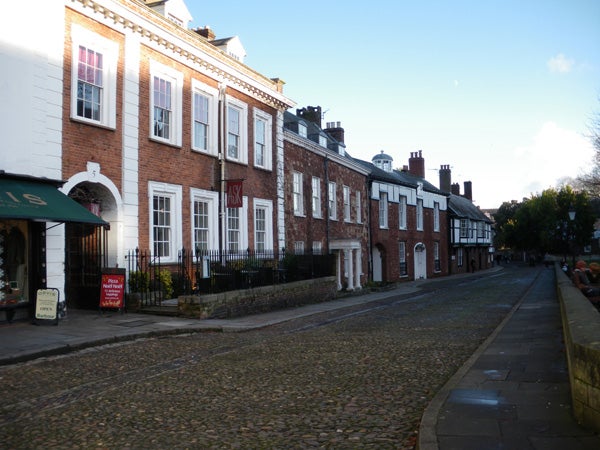 The wide-angle end is equivalent to 36mm, OK for snapshots not very wide compared to many other current compacts. 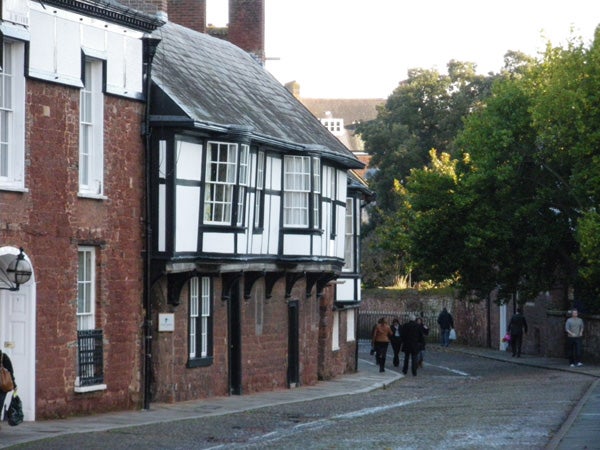 The other end of the zoom range is a useful 180mm, good for medium telephoto shots. Note that this shot was taken under auto ISO, which is set at 800. 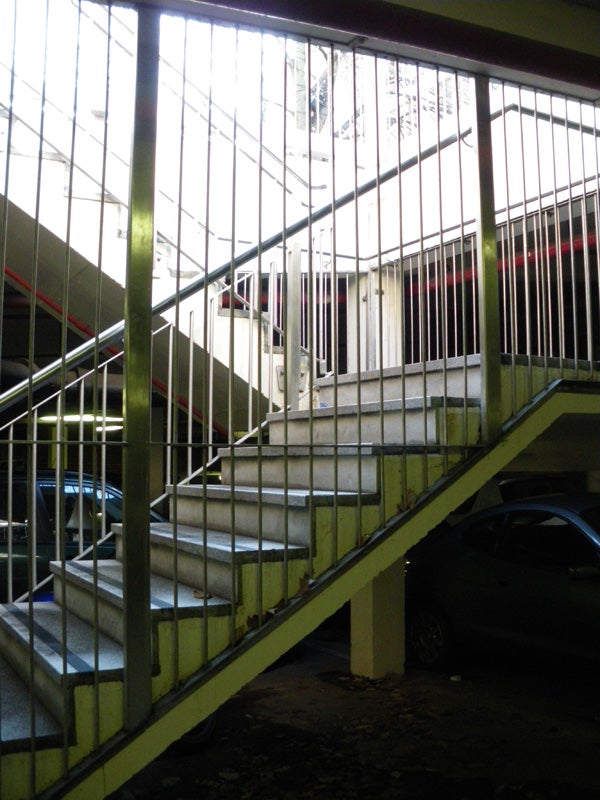 Dynamic range could be better. Highlights are burned out and shadows are murky.