Targeted primarily at casual snappers and young about-town types, the Pentax Optio LS456 is a style-driven, easy-to-use budget compact that comes boxed with a set of interchangeable front covers that allow it’s outer appearance to be personalised to your liking. Given that it retails for less than £100 it’s somewhat inevitable that a few compromises have had to be made. That said, it still has a few tricks up its sleeve and for anyone looking for a camera that’s small enough to take anywhere and which is capable of better image quality than a 5-12MP cameraphone, the LS465 still ticks most of the boxes. 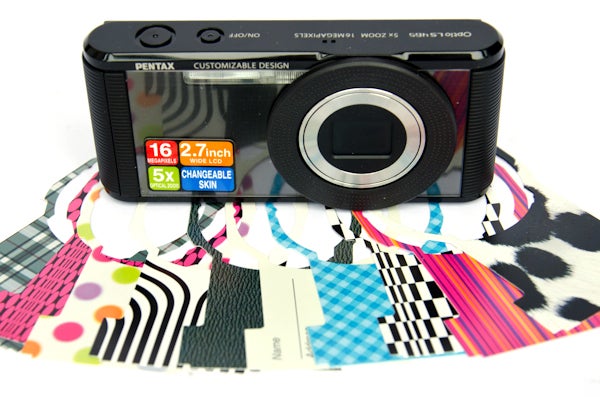 At its heart the LS465 uses a 16MP sensor that is of the 1/2.3in basic CCD variety rather than the more effective backlit CMOS type. While 16MP is fast becoming the ‘going rate’ for many compacts (including budget models like this) it does mean that the individual light capturing diodes have to be very small and very densely packed, which in turn can lead to problems with noise at all but the lowest sensitivity settings. To this end the LS465 offers a fairly limited standard sensitivity range of ISO 64 to 1600, along with expanded sensitivity settings of ISO 3200 and 6400, both of which are captured at a reduced resolution of 7MP.

Other highlights include a 5x optical zoom that offers the 35mm focal range equivalent of 28mm to 140mm; a digital zoom feature that can extend the focal range to a maximum of 36x (albeit at the cost of fairly dreadful image quality); one-touch 720p HD movie recording at 30fps; a range of digital filters including Toy Camera, Retro and Miniturisation effects that can be applied to your images after you’ve captured them via the Playback menu; a 16:9 aspect LCD monitor with 230k-dot resolution; the ability to shoot in 16:9 and 1:1 aspects; and last but not least, the aforementioned set of snap-on covers that can be used to personalise the camera’s appearance. 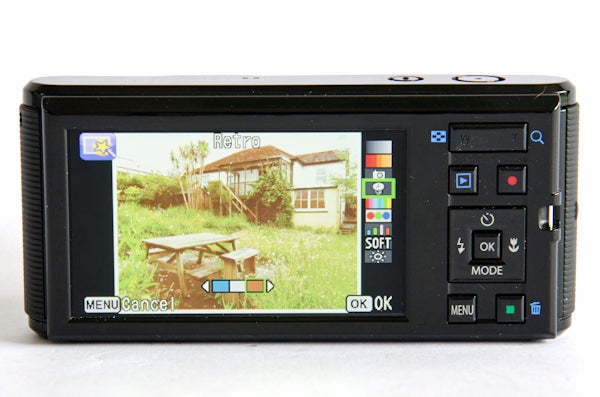 In total there are ten covers in the box. Made from strips of thin flexible plastic they range from black and white optical illusion-type covers to polka dot designs, faux retro leather, along with a couple of striped and check patterns. After some deliberation we decided to opt for the cowhide cover, for no great reason other than we thought it might keep our review sample in tune with the rural setting in which it was tested. Getting the covers on and off is all fairly straightforward; simply remove the plastic lens ring, slip your chosen cover on and snap the lens ring back into place – job done.

Of course, while personalised covers are likely to chime quite well with the LS465’s target audience of youthful snappers about town, they will only be of so much appeal to everyone else. So what about the actual camera beneath them? Is the LS465 all style and no substance, or is there actually a good little camera underneath the fancy wrapping? 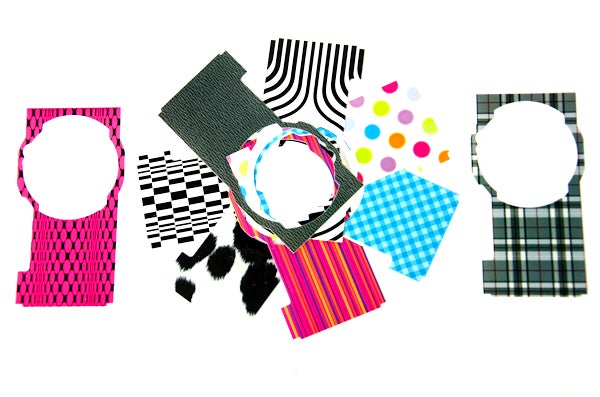 Well, as might be expected the LS465 is a pretty straightforward and while it does offer some useful features, at heart it’s essentially a bit of a no-frills model. Exposure modes are all of the fully automatic point-and-shoot variety and extend to an Auto Picture scene-recognition mode, backed up by a Program mode and 22 individually selectable Scene modes.

Within the selection of Scene modes you’ll find an automatic HDR option along with a Miniaturisation filter that both offer easy in-camera effects without the need for a computer or any fancy image editing software. In addition to these the LS465 offers a selection of alternative digital filter effects, although you’ll need to take a regular picture first and then add the effect in afterwards via the filters option in the Playback menu. 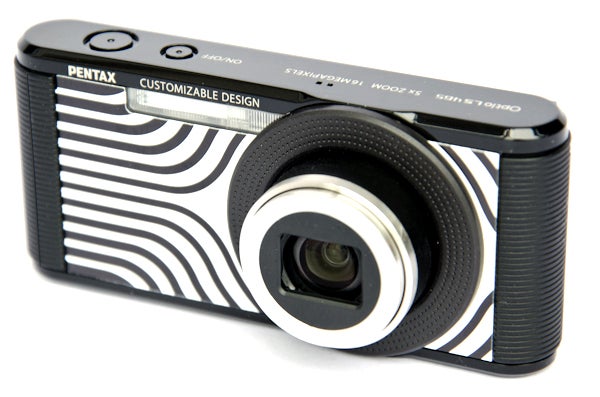 One area where the price does lead to a compromise is in the LS465’s movie recording abilities. Unlike more expensive compacts the LS465 isn’t able to record 1080p Full HD videos, however it does offer 720p HD capture at 30fps alongside a standard definition option To make things easy there’s also a dedicated one-touch movie record button on the back of the camera so you can start shooting movies regardless of what shooting mode it’s in. It’s worth bearing in mind that any 720p HD movies recorded to the camera cannot be played directly to a HDTV using the AV Out connection, so you’ll need to transfer them to a computer first.

General build quality feels adequate enough for the camera to survive a few minor bumps and scrapes inside a handbag or jean pocket, and while the shiny plastic outer casing does hint at the camera’s budget price tag the metal lens ring does help to make up for this. At just 104g weight isn’t an issue either, with the camera small enough to slip inside a small bag or jean pocket. 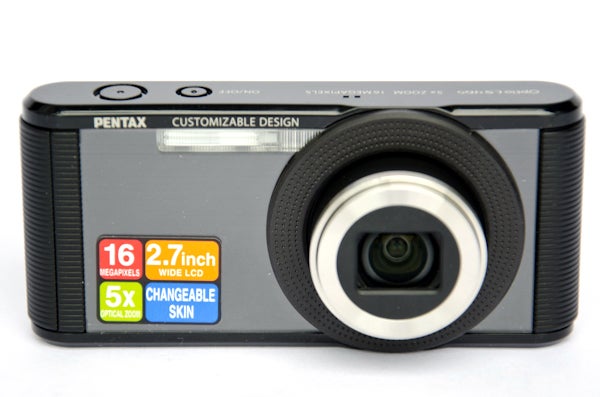 The LS465’s elongated shape is largely a result of the decision to go with a 16:9 aspect LCD screen on the back of the camera. It does give the camera a slightly different look from the mass of square compacts out there though. At just 230k-dots the 2.7in screen isn’t the sharpest, and images shot in the default 4:3 aspect do display a little small with thick black borders to each side. That said, the lack of resolution is pretty much par for the course on a camera of this price and expecting a 460k-dot screen on a sub-£90 compact is really like asking for the moon on a stick. On the plus side the elongated design does mean that there’s plenty of room left over for you to hold the camera without obscuring the screen with your fingers.

Buttons are laid out to the right of the screen and are rather small, which means you’ll probably be using fingernails rather than fingers to operate them. The selection of buttons is generous enough though, with direct controls for the camera’s built-in flash, self-timer/drive mode and Macro facility. In addition, the back of the camera also gets a Fn button (designated by a green spot), which can be set to access ISO, White Balance or EV compensation ( /-2EV). All in all it’s a very simple and uncomplicated camera to use, just as it should be really. 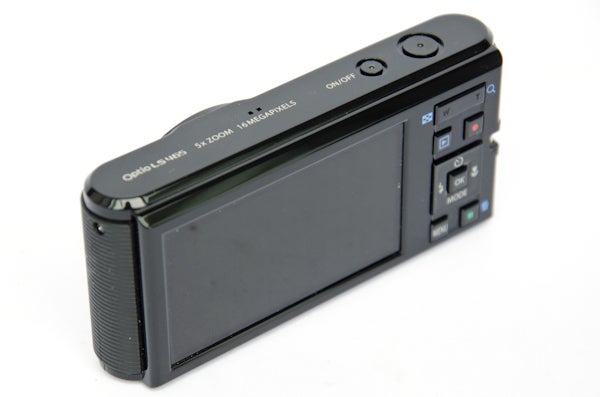 General performance certainly doesn’t set any benchmarks, although to be fair we never really expected it to. Start-up time clocks in at around 3.5secs, which is perfectly acceptable for a camera such as this. Processing times are a little slow though. Used in Single-shot mode we only managed to take three images within a timed ten-second period, with each individual shot taking around three seconds to process. With the drive mode set to Continuous this increased to nine shots inside ten seconds, or just under 1fps with no slowdown. The High-speed Burst mode is slightly disappointing though; we managed just eight shots within four seconds (2fps) after which the camera completely seized up.

Autofocus options are limited to Automatic-area AF, single-point (central) AF and a tracking AF function that requires your subject to be moving very slowly indeed for it to have any chance of maintaining accuracy. While AF speed remains speedy enough outdoors in daylight and in good light indoors, in dimmer conditions there is a marked deterioration in performance with the LS465’s 9-point contrast-detect AF system often struggling to lock on. This isn’t in any way helped by the omission of an AF-assist light on the front of the camera. 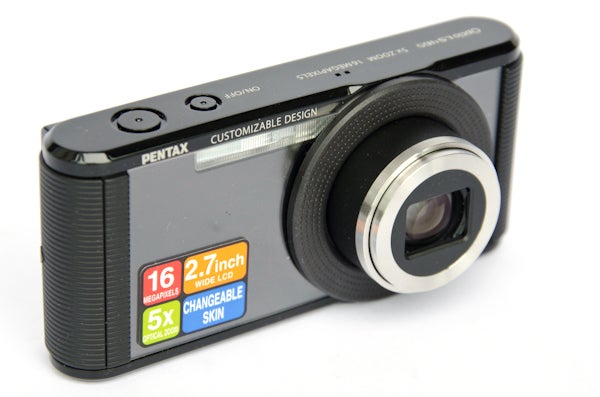 On the plus side, however, the Face Detection does work quite well (in good light at least) and is able to detect up to 16 faces in a single frame. Also, while many cheap compacts (and indeed some of their more expensive siblings) suffer from pronounced shutter lag, this isn’t too much of an issue with the LS465 with the shutter firing at virtually the same instant as you press the release button.

And so to image quality. Overall we have to say that the LS465 delivers pretty good images for the price, just so long as you keep sensitivity down to ISO 400 or less. Above this and things do start to go downhill quite rapidly. 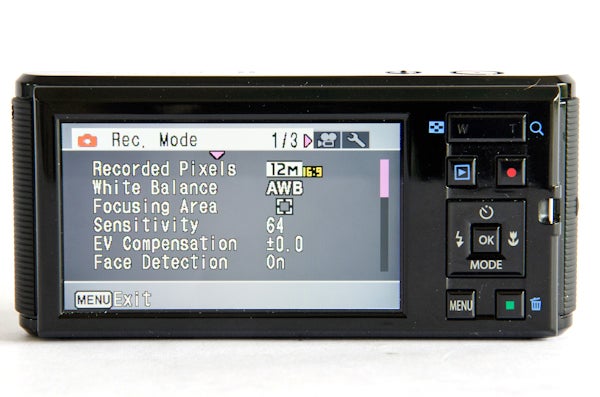 Between ISO 64 and ISO 400 the LS465 delivers pretty good results – certainly on a par with many compacts from the £150-200 bracket anyhow. Using the camera on two overcast, dull and drizzly days the Auto Picture mode was able to deliver a surprisingly high number of vibrant, punchy images with generous levels of contrast.

Images are noticeably sharper when the camera is used at its wideangle to mid-range focal settings; used at its telephoto extreme we struggled to get a sharp image of faraway objects, although closer objects fare a little better. Part of the reason for this, no doubt, is the LS465’s lack of any built-in image stabilization technology, either in the form of sensor shift or automatic ISO raising. To be fair though, the latter is probably more of a blessing than a curse anyway. 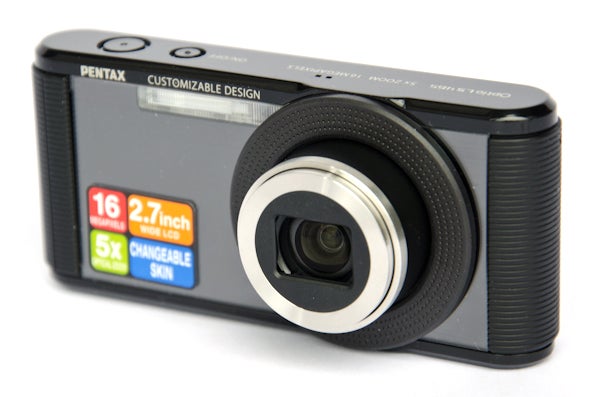 Metering is pretty accurate on the whole, albeit with a minor tendency to underexpose on occasion. Automatic white balance is more easily fooled, although on the whole this remains reliable enough. Studied up close at 100% or more, images do show some fairly aggressive in-camera sharpening, and noise reduction quickly eats away at fine detail as you move up through the ISO range to produce the trademark ‘smearing’ effect that’s so common among compact cameras. Overall though, and considering the LS465 offers enough change from £100 to buy a small memory card and carry pouch, the results are pretty good.

Verdict
The Pentax Optio LS465 is a no-frills budget compact that offers 16MP of effective resolution. While it’s not going to set the world alight in terms of features or build quality, the flexibility offered by its 5x optical zoom coupled with the superior image quality it’s capable of producing at lower ISO settings make it a more reliable image capturing tool than a cameraphone or smartphone. If you’re looking for a cheap and cheerful point-and-shoot whose appearance can be personalised to a degree then you could certainly do worse. 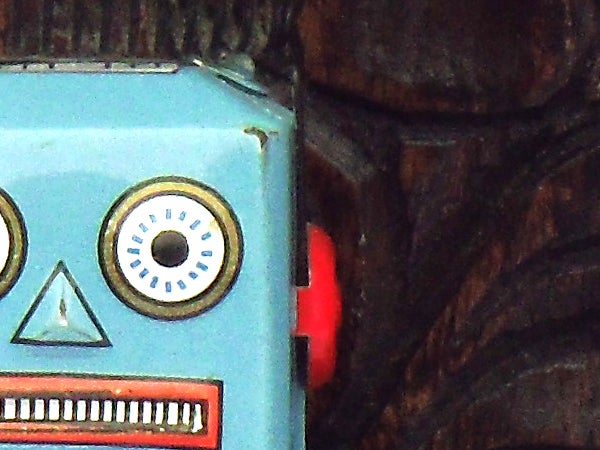 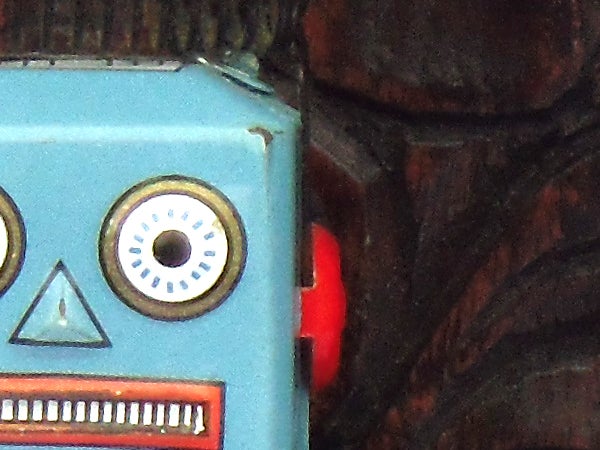 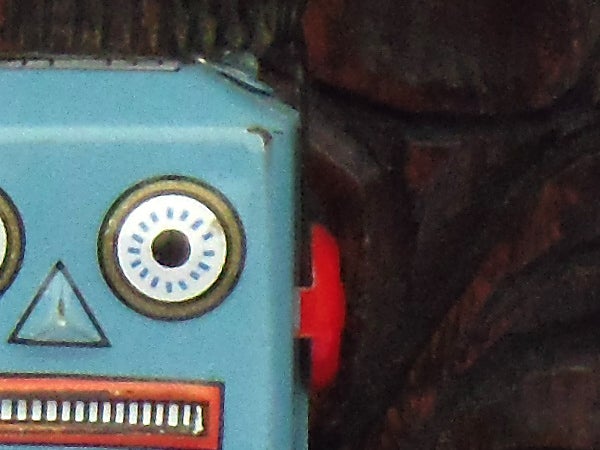 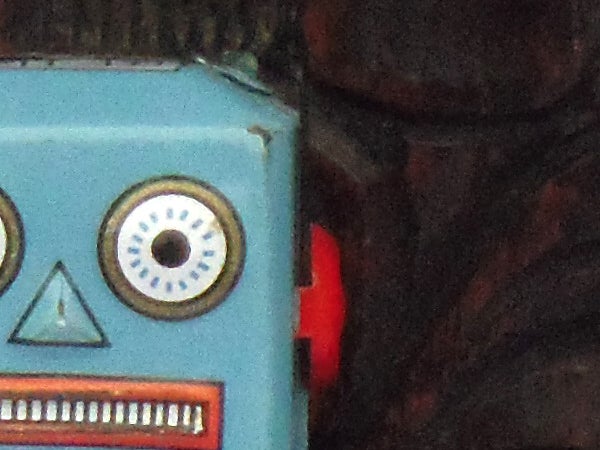 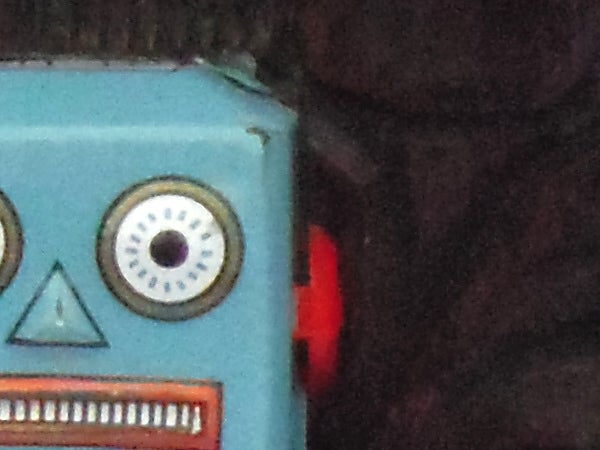 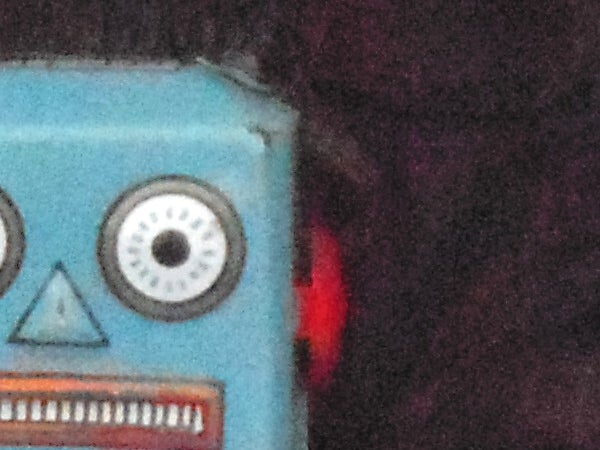 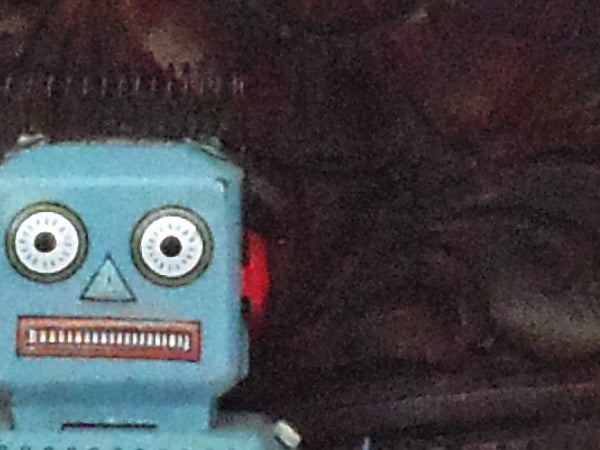 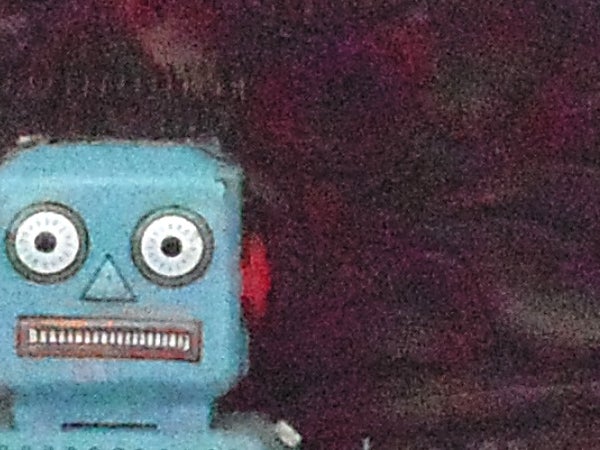 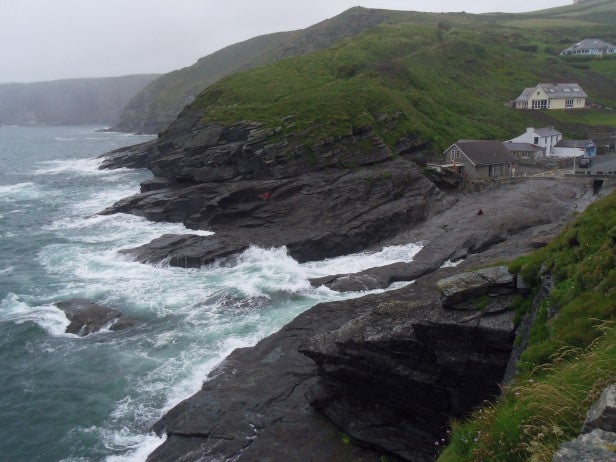 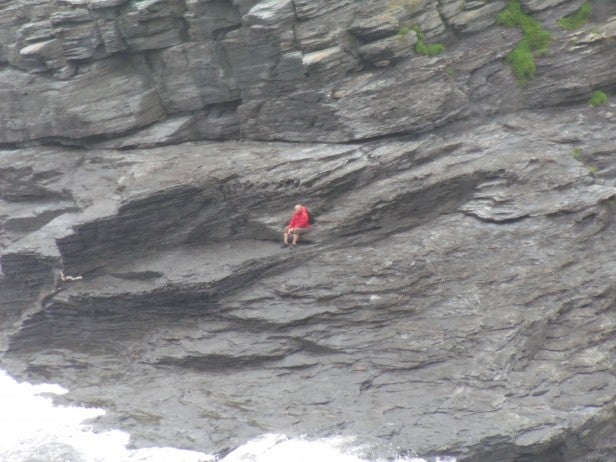 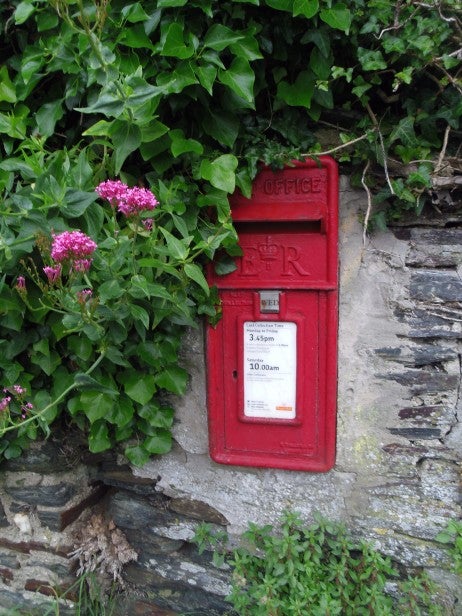 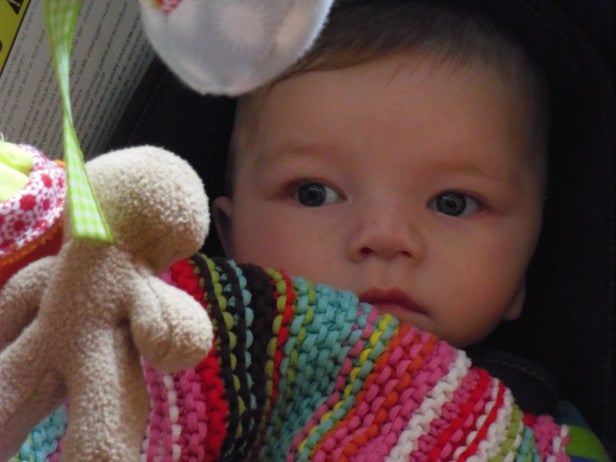 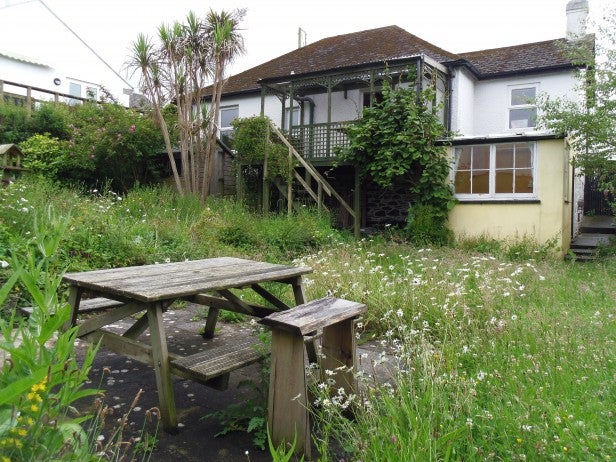 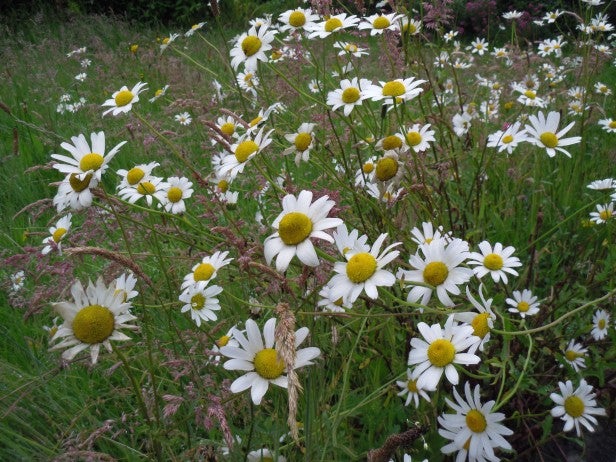