What is the Pentax K-S2?

The Pentax K-S2 is an entry-level DSLR with plenty to prove.

It’s hard to compete with Canon and Nikon in the DSLR game. Even Sony, which has produced some of our all-time favourites, struggles. Today’s contender is the Pentax K-S2. And while it sounds like a direct follow-on from the Pentax K-S1, this one takes a different approach.

Rather than relying on colourful bodies and fluffy extras, the Pentax K-S2 crams in some serious hardware. In some areas, even trying to outdo the Canon and Nikon modes available at the price.

Highlights include a class-leading viewfinder, weather-proofing and in-body optical image stabilisation. Then there’s Pentax’s flexibility to consider, being able to use lenses from decades ago.

While it doesn’t decimate the Nikon D5500 and Canon EOS 750D, it does offer a pretty good alternative to both. 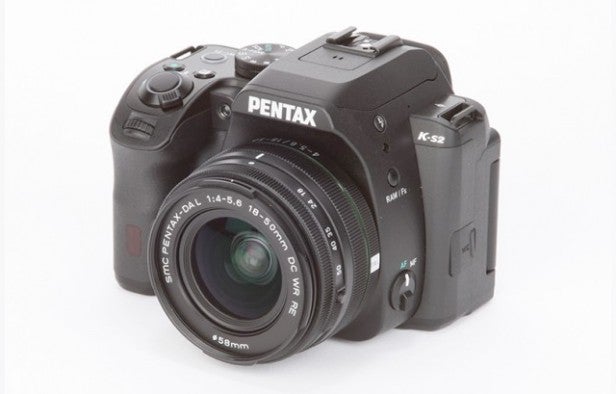 Pentax’s previous camera in this accessible DSLR class was the K-S1. Unfortunately, it alienated quite a few enthusiastic photographers with its eye-catching colour and unusual on-body LED. The Pentax K-S2 returns to a more familiar design.

The K-S2 is available in a black or white body, and while its handgrip is small, it’s unusually deep – the polar opposite of the K-S1. It feels good in the hand, providing the reassurance that is a key draw of DSLRs now that the best CSCs offer no-worse image quality these days.

What’s likely to have drawn many to the KS-2 is weatherproofing. All the flappy parts of the camera are rubber-sealed to keep out water and dust, making shooting in nastier conditions that bit less perilous. Nikon and Canon offer this feature only on their more expensive cameras. The KS-2’s claim to fame is that it’s the smallest weatherproof DSLR to date. 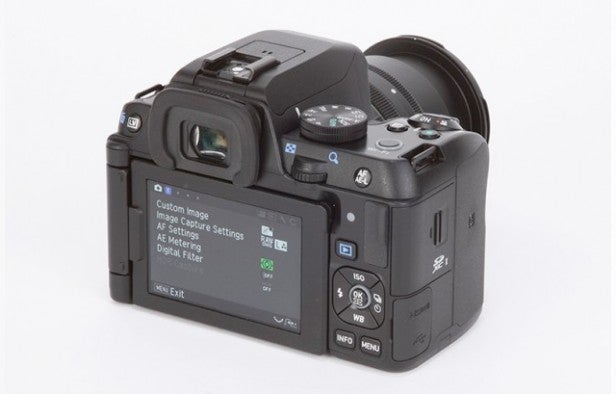 A metal sheet sits across the KS-2’s top plate, providing a touch of class. The rest of the KS-2’s body is made of plastic, rather that the metal alloys usually seen in weather-proof cameras. Of course, if Pentax had attempted to make a magnesium-alloy camera at this price, the company probably wouldn’t make any money on it.

While the plastic frame makes the Pentax K-S2 feel somewhat ordinary, it’s neither cheap nor flimsy.

One other thing to consider is the new kit lens, especially if you don’t have a treasure trove of old Pentax lenses to dig into. To remain compact, the Pentax K-S2 sells with an 18-50mm lens. But the trade-off is that you lose 5mm of zoom range from the standard 18-55mm kit lens. More important, max aperture is f/4 when other lenses tend to start with f/3.5. 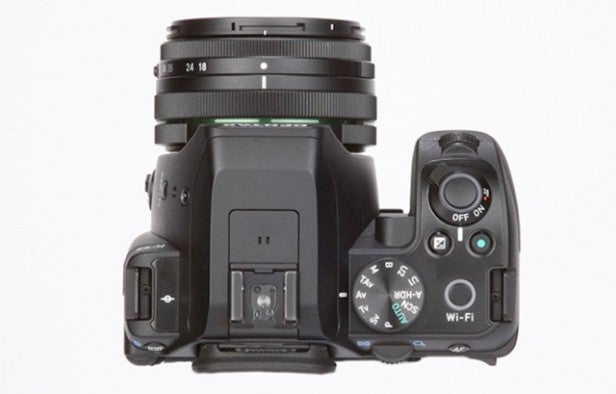 This compromise in optics feels a bit awkward, especially when you consider that people usually opt for a DSLR precisely for image quality. Nonetheless, its incredibly compact and should happily do the job of an everyday runabout lens for when ultra-wide apertures won’t be called for.

Manual control works well too. The D-pad’s secondary functions control core shooting elements and two dials to the front and back – positioned beneath your thumb and forefinger – lay ready  for action. The body design gets a sound thumbs up.

A key advantage offered by the Pentax K-S2 over the Nikon D5500 and Canon 750D is its 100 per cent viewfinder. This allows its sensor to cover the whole field screen, where others at this price lack the final few per cent. 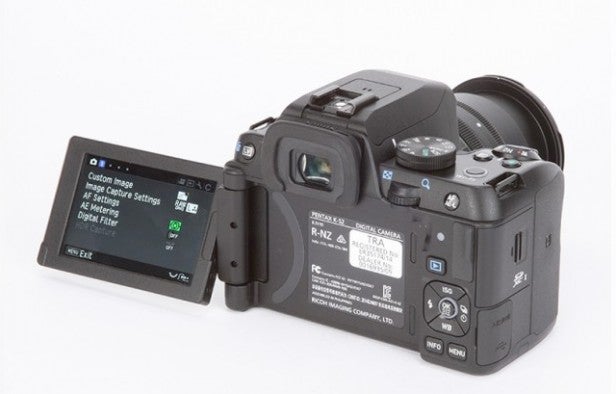 It’s a great compositional tool, too. Plus it’s of the pentaprism variety, and therefore brighter and clearer than the pentamirror viewfinder you get in the Nikon D5500.

The rear screen is a little more ordinary, but still perfectly good. It’s a 3in 921k-dot LCD that moves out on a vari-angle hinge. It offers plenty of flexibility whether shooting video, stills or selfies. It’s not a touchscreen, though, so you don’t get touch focusing.