What is the Pentax K-S1?

The Pentax K-S1 is a DSLR with a difference, one that tries to infuse some of the lifestyle flavour we see more commonly in compact cameras and, to a lesser extent, CSCs.

What this means in practice is that you can to choose between loads of colour combinations besides boring old black, its shape is a little unusual, and that parts of the camera light-up during operation. It’s a DSLR, looked at from a slightly askew perspective.

We’re not convinced by all the diversions from the norm Pentax has made here, but the solid camera basics and large lens library make it a sound first-DSLR choice for those who might be put off by the style of more conventional models. Its 20.4-megapixel APS-C sensor can produce great images. 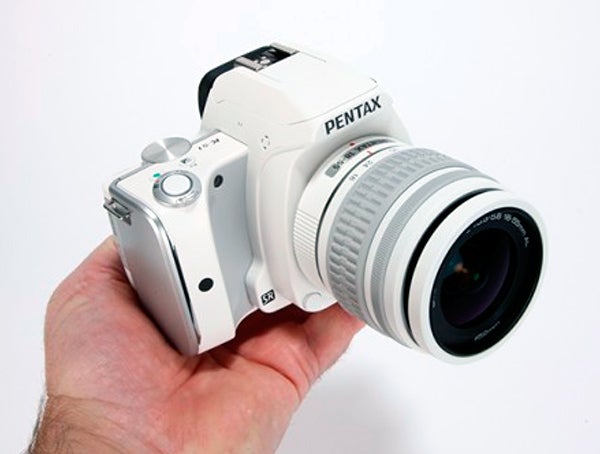 The Pentax K-S1 is an ordinary DSLR in pure photographic terms, but it certainly doesn’t look like one. Similar to other Pentax models of the last few years, to rejects the styling norms of this kind of camera, offering an altogether more colourful look.

Only the central part of the body that houses the DSLR essentials looks like that of the other DSLRs we review.

There are 12 colour options, including orange, blue and gold, with plain black on offer for those who want a more traditional look. These sorts of colourful designs might seem normal in Japan, but they’ll still turn heads in the US and UK. But that’s the point — the Pentax K-S1 seems to want to attract a younger audience that doesn’t hold much stock in beardy camera heritage. 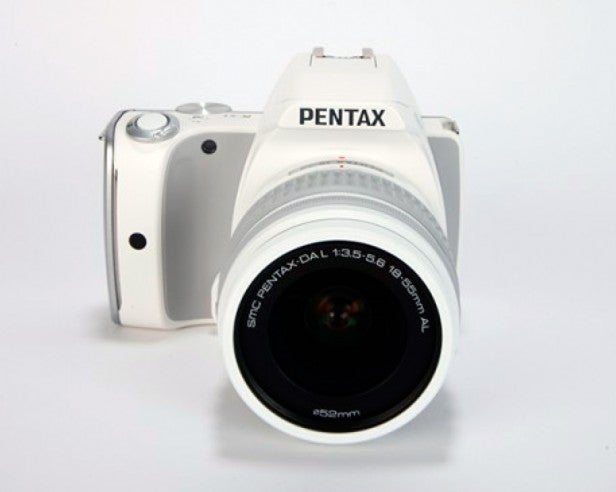 Colour isn’t the only superficial design change either. The Pentax K-S1 has lights on many of the main physical controls as well as a strip of lights along the front, which acts as a countdown when taking a timed shot, or a way to signal that the camera has achieved a face detection-based focus lock. These light can thankfully be dimmed or turned off entirely.

Is this all needless gloss? To some it is and always will be, but we did find the light-up controls handy for night shooting. Traditional DSLR shooters may know their cameras so well that such light-up bits would be useless. But, to repeat, that’s not the crowd the Pentax K-S1 is really aimed at.

The shape of the Pentax K-S1 is unconventional too. The DSLR-staple chunky handgrip has been wiped out, replaced by a much smaller grip. While you don’t get as sure a hold as you would with a larger one, with think basic handling is still fairly comfortable, with enough room to put your fingers. 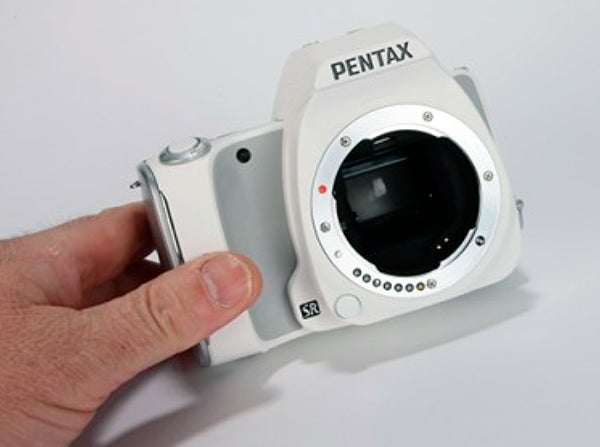 It lets the camera body slim down a little, but as the K-S1 uses K-mount DSLR lenses the bulkiness of the whole package will determined as much by the lens as the camera itself. The kit lens is the fairly chunky 18-55mm f/3.5-5.6.

All of the body-altering measures are in aid of a specific look. And it’s one that might not obviously appeal to any specific group. It’s a sort of futuristic aesthetic, but one of the past: a 1970s vision of the future. We can’t help but think of the Star Wars Stormtrooper helmet when looking at the white version we have in to review.

It’s sure to polarise, with the balance of love and hate perhaps not likely to weigh in Pentax’s favour. The Pentax K-S1 also does some unusual things with its control layout. 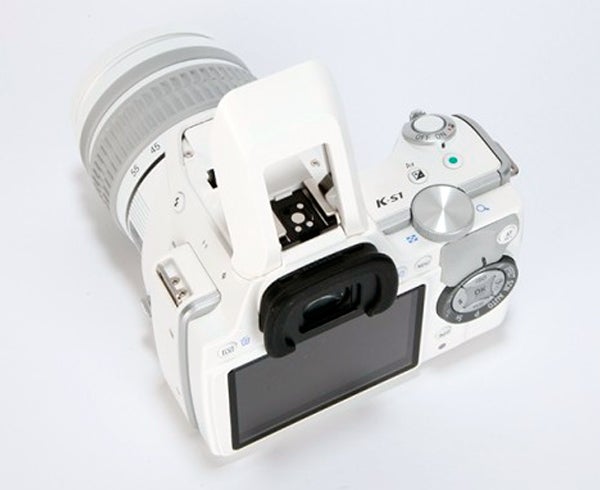 There’s a large metal manual control dial on the top plate, which we found great to use. It’ll primarily handle aperture or shutter speed depending on the mode you’re in, as usual.

Where things go off the rails is bit is when picking a mode. Instead of having an independent mode dial like most cameras of this grade, the Pentax K-S1 uses a dial that works around the directional pad on the back. It’s stiff and awkward – a visual simplification that complicates what the camera is like to use. Thankfully, the actual directional is fairly easy to use despite being crammed in with the mode selector.

Next
Viewfinder, AF and Performance Review