The digital camera market continues to defy the doom and gloom surrounding the rest of the economy. People are still buying new cameras, and more and more of them are choosing to buy digital SLRs.


Most of the manufacturers in the consumer DSLR market (Pentax, Canon, Nikon, Panasonic, Sony, Olympus and Samsung) make entry-level models aimed specifically at first-time users and those making the jump from digital compact cameras.


Pentax’s model in this category is the new K-m (known as the K2000 in some territories), a beginner-friendly 10.2-megapixel APS-C camera currently selling for around £360 complete with an 18-55mm kit lens. 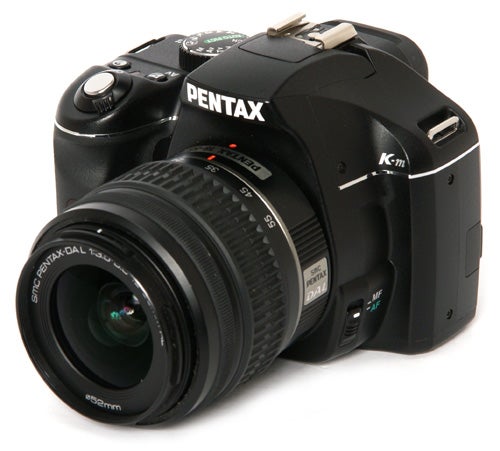 The Pentax K-m is priced quite well relative to these other models, especially when you consider that it has built-in sensor shift image stabilisation; of the other entry-level models only the Sony A200 can make the same claim, although the kit price of the Nikon D60 does include a basic VR lens.


The K-m is a very small camera compared to other APS-C models. It measures just 122.5 x 91.5 x 67.5mm. Of the other entry-level models only the Olympus E-420 is smaller, but of course that has a Four-Thirds sensor and lens mount. Weighing 525g the K-m is surprisingly heavy for its size, in fact of the entry-level models listed above it is the heaviest, however that weight translates directly into build quality; having used all the other current entry-level DSLRs, the K-m certainly feels the most solidly made. 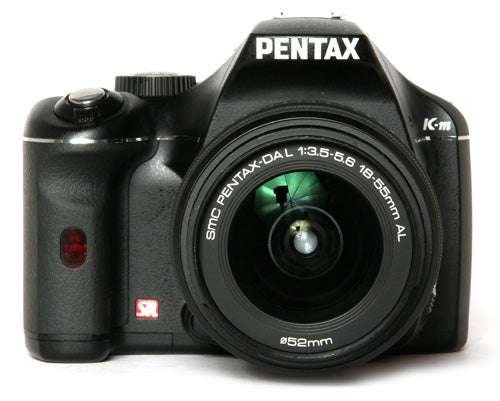 It’s a nice looking camera, with clean lines and attractive styling. The body is plastic over a metal chassis, finished in matt black with a chrome trim strip, although a rather gorgeous limited edition white version is also available. 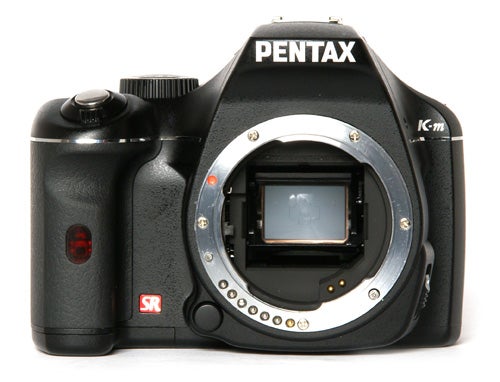 Despite the small size the K-m handles well, and gives the impression of being a “proper camera”. It’s lost most of its surplus fat from the left side of the body, leaving plenty of room on the right for a decent-sized handgrip, and the weight of the four AA batteries inside the grip helps to balance the camera. Like most other entry-level DSLRs the controls are relatively simple, closer to a high-end compact than a more sophisticated DSLR such as the K20D or K200D. It has a menu button and D-pad, with secondary functions on the D-pad buttons for white balance, ISO setting, flash mode and self-timer/drive mode. There are separate buttons for exposure compensation and autofocus, and a helpful “?” button which provides explanations and tips for many of the camera’s functions. 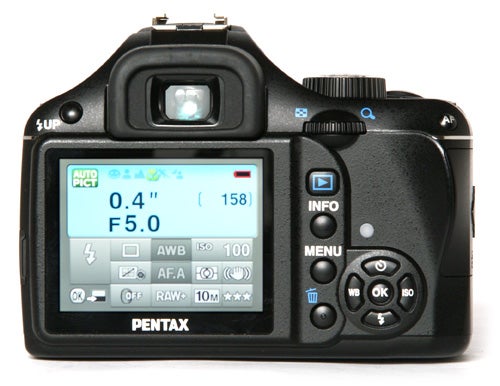 The K-m also has a useful graphic information screen and menu, similar to the type first employed by Olympus and now adopted by most of the other DSLR manufacturers. It provides a quick and intuitive way of adjusting the camera’s main shooting functions, but there is also a comprehensive conventional menu as well. 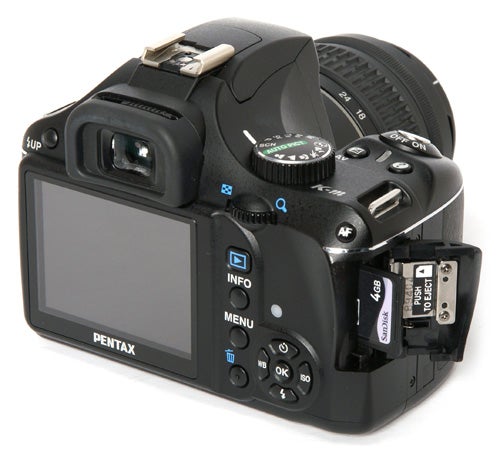 For an entry-level camera the K-m does offer a lot of options, including a long list of custom set-up choices, more I would say than most of its immediate rivals. Things like a graphic colour-customisation system, four-level adjustable high-ISO noise reduction, optional slow shutter noise reduction, options for using legacy lenses, adjustable auto-ISO range, mirror-up during self-timer countdown, even the brightness of the power LED can be adjusted. The K-m use either Pentax’s proprietary PEF Raw format, or the popular Adobe DNG format. 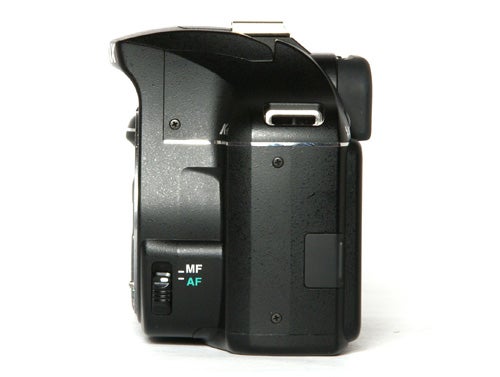 One interesting feature is the digital filter option, something found on many Pentax cameras in one form or another. It includes single-colour mask, starburst, soft focus and several options to change the tone of the image, including high-contrast, retro and “toy camera”. All of the filters are adjustable, and you can have a lot of fun playing with them, although some of the effects do look a bit crude in the final image. 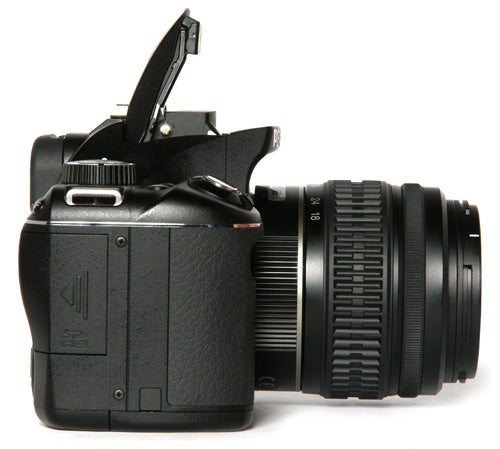 There are one or two features that are notable by their absence, however. The most puzzling omission is the lack of any illuminated AF target point in the viewfinder, something found on pretty much every other digital camera in existence. The K-m has a fairly good five-point AF system, with a choice of wide area or centre spot focusing, and it does focus quickly and accurately in most lighting conditions, but for shots where the main subject is not in the centre of the frame, or where a precise focus point is desirable such as macro photography, it would be an advantage to know exactly where the camera is focusing. It is possible to focus on specific points by using the centre spot AF and re-framing, but other entry-level SLRs have selectable AF points with illuminated viewfinder targets. Another notable lack is an aperture stop-down preview function, but to be fair there are a number of DSLRs that lack this useful feature.

Like most DSLRs the K-m starts up very quickly, and is ready to take a picture in well under a second. As I mentioned before, the AF system may be a bit uninformative but it is fast and accurate. Its low-light performance is also fairly good, but it requires the pop-up flash to be raised for its AF-assist strobe function to work, which means it’s difficult to take low-light shots without the flash firing. 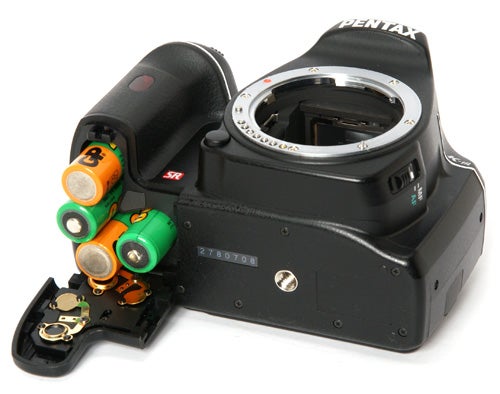 The camera’s shooting speed is variable, depending on whether Raw mode is used or not. When shooting JPEG-only it can shoot at a constant two shots a second in single-shot mode, while in high-speed continuous mode it can shoot at up to three frames a second for about six or seven frames, before slowing down a little as the buffer fills up. It also has a low-speed continuous mode which maintains a constant 1.3fps. 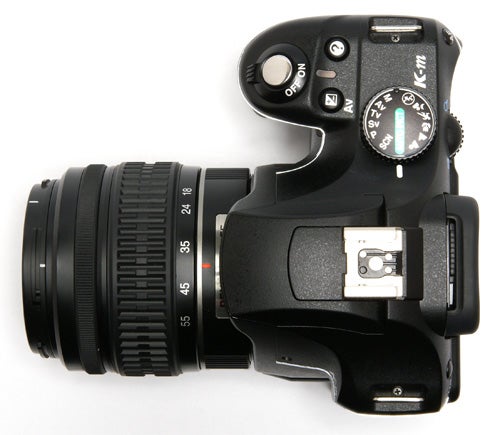 Shooting single-shot in Raw mode, the K-m can average around one frame a second, although it does slow down noticeably after five frames, while in high-speed continuous it can fire a burst of four shots at 2fps, but then slows down to about one frame a second. In Raw+JPEG mode the high-speed burst is limited to only three frames. Most entry-level DSLRs have fairly limited performance, and there aren’t many occasions when the small buffer will be a problem, but it is a limiting factor on the K-M’s performance.


Finally we come to image quality, and here there is good news. When shooting in Raw mode the K-m produces sharp, perfectly exposed images with excellent natural colour reproduction, and is easily a match for any of its immediate rivals, and even for a couple of more expensive models. The SMC Pentax 18-55mm f/3.5 – 5.6 DAL lens may be getting on a bit, but it’s still one of the best standard-zoom kit lenses on the market, with excellent corner-to-corner sharpness, and the minimal chromatic aberration that it produces is easily corrected in software. 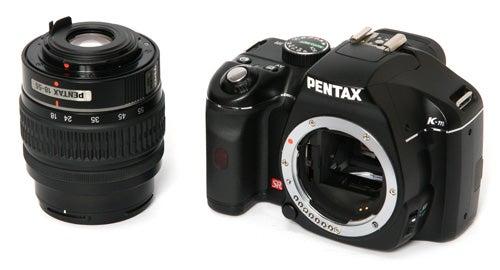 In its default “Bright” setting, the JPEG mode is quite over-saturated, presumably to produce images more like those of a compact camera. Fortunately the menu includes a very good colour customisation system, and simply switching to the second pre-set “Natural” colour mode produces much better results.


Image noise is also very well handled, with good image quality up to 800 ISO, and usable images at 1600 ISO. Even 3200 ISO isn’t a complete disaster, as long as you don’t want to blow the pictures up too much.

The Pentax K-m is a good first camera. It has better build quality than most of its rivals, it handles and performs well, and is capable of producing excellent results even in the hands of a novice, while still having enough features and custom options to satisfy more experienced photographers. The only real problem is the annoying lack of AF target points in the viewfinder, which is both confusing and inconvenient. 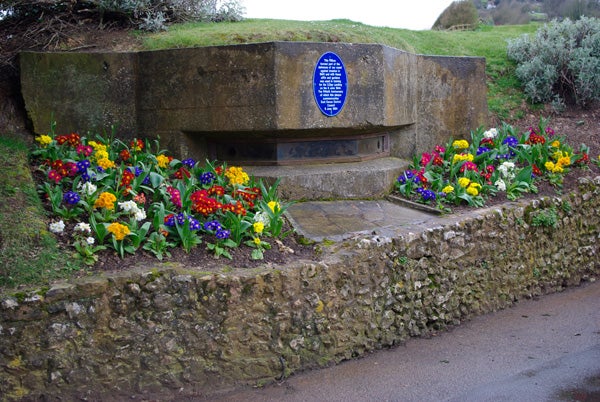 This is the full frame at 100 ISO, the minimum setting. The K-m can be set to 1/3 EV ISO settings, but we’re just showing the whole-stop settings here for brevity. 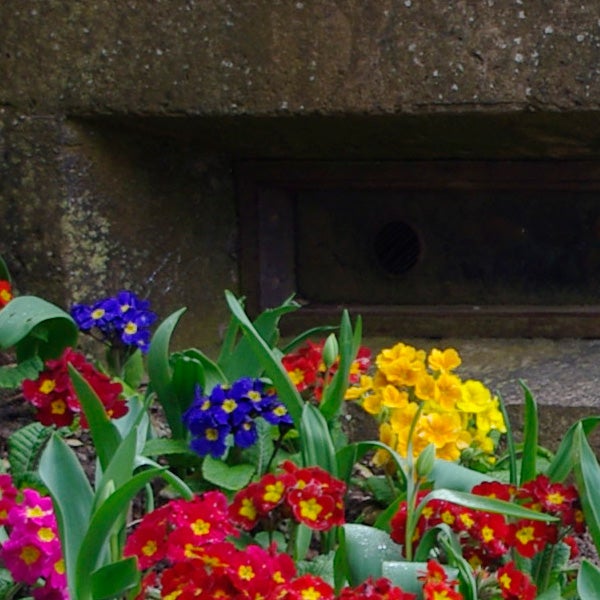 The image quality is excellent at 100 ISO, although the default JPEG setting is a bit over-saturated. 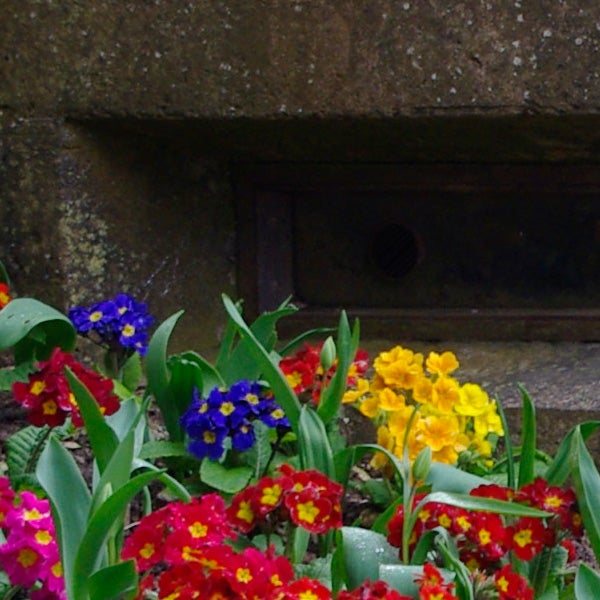 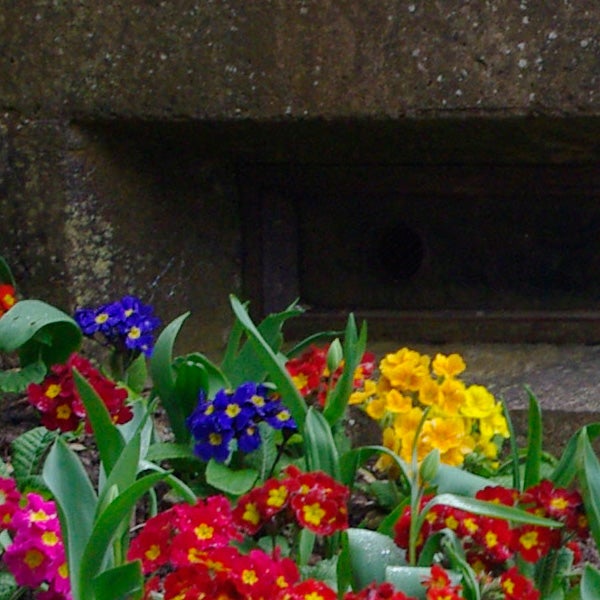 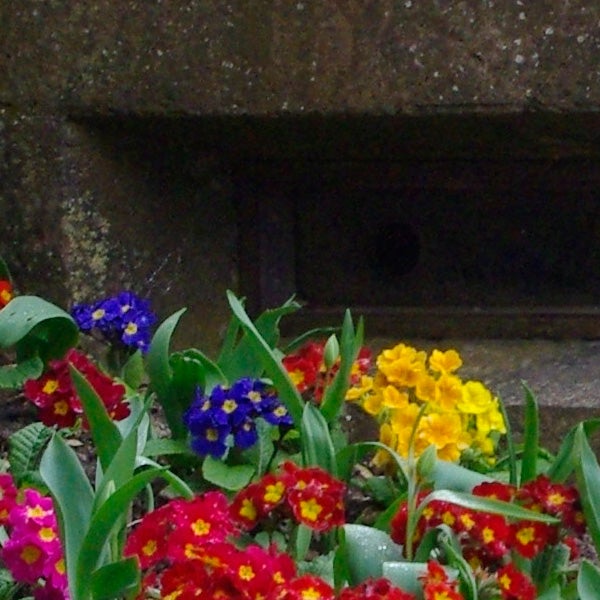 There is a little shadow noise at 800 ISO, but the image is quite printable. 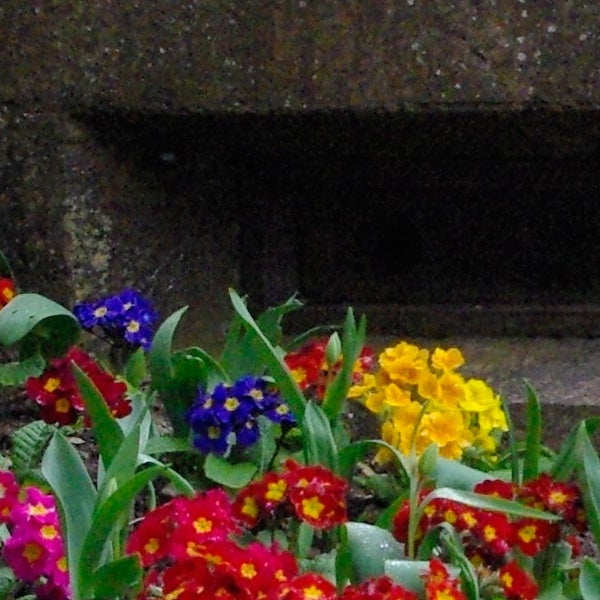 Some shadow detail has been lost at 1600 ISO, but colour balance and exposure are still good. 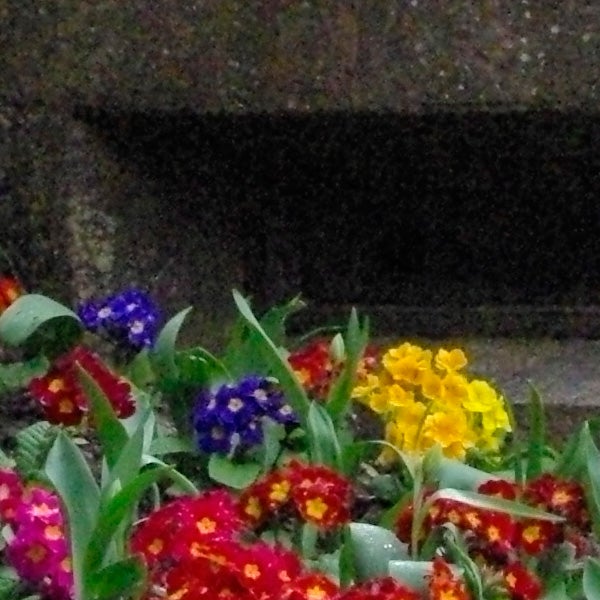 Definitely a bit noisy at 3200 ISO, but even this would be OK for small prints or web images. 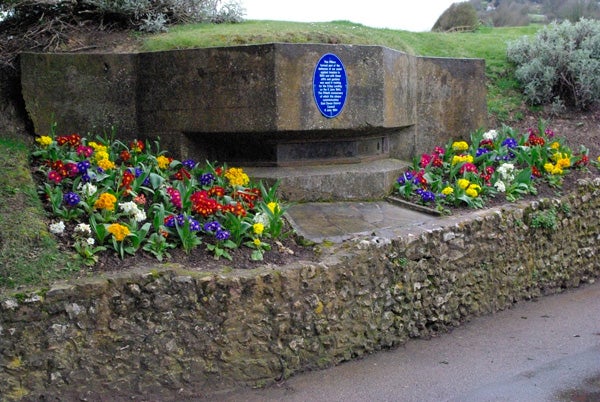 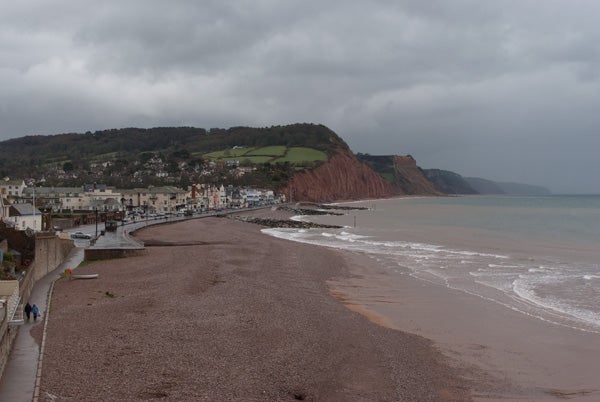 Here’s my usual DSLR test shot of Sidmouth seafront, although as you can see the holiday season hasn’t really got started yet. 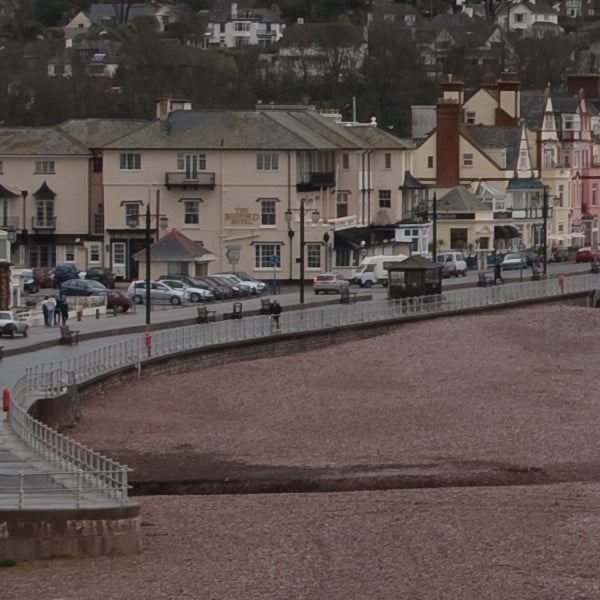 Compare this with the Sony A200 and other 10MP DSLRs. 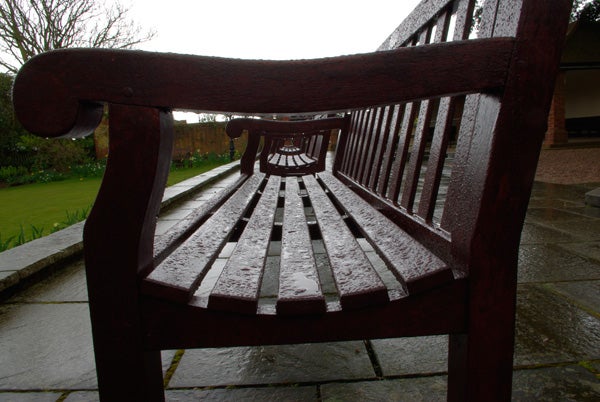 The weather wasn’t exactly ideal for photography, but the K-m is fun to use anyway. 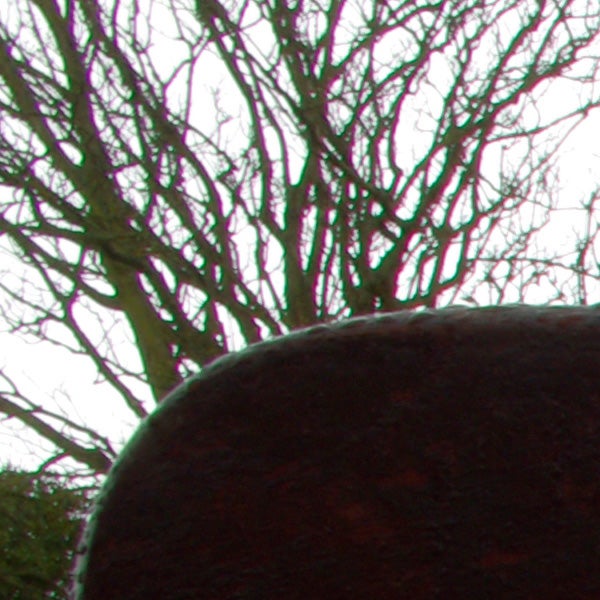 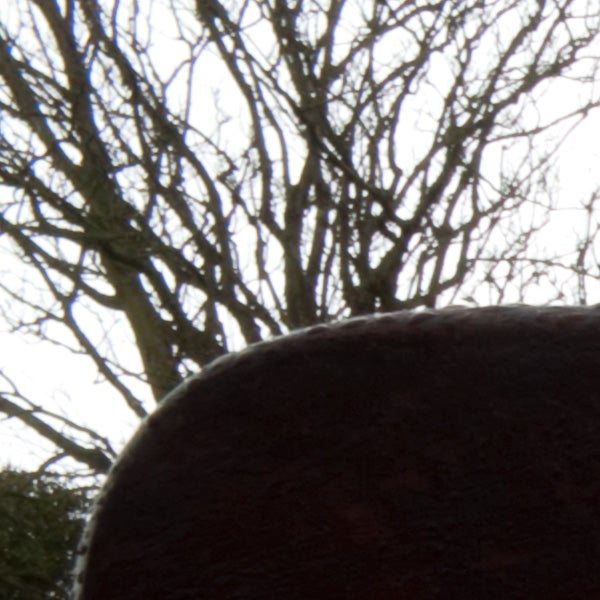 …but it’s pretty easy to clean it up in either the supplied Silkypix software or Adobe Camera Raw. 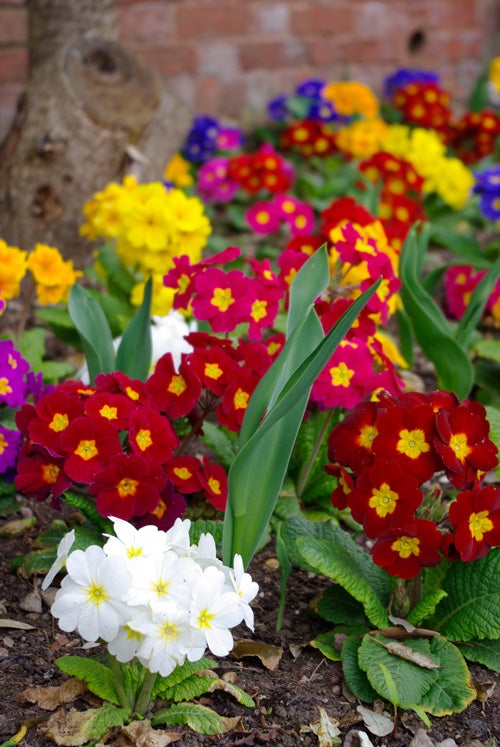 Colour reproduction is a bit over-saturated in standard JPEG mode… 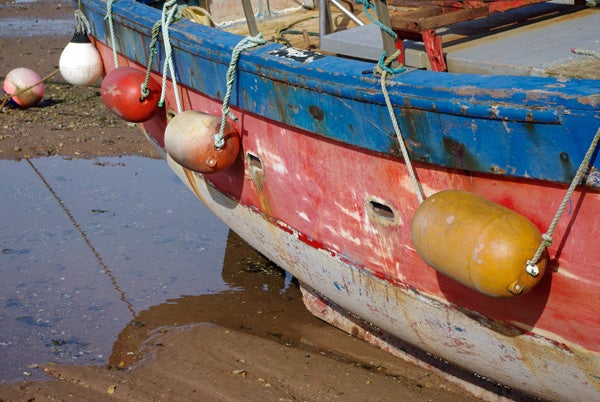 …but setting the Natural pre-set is less garish. 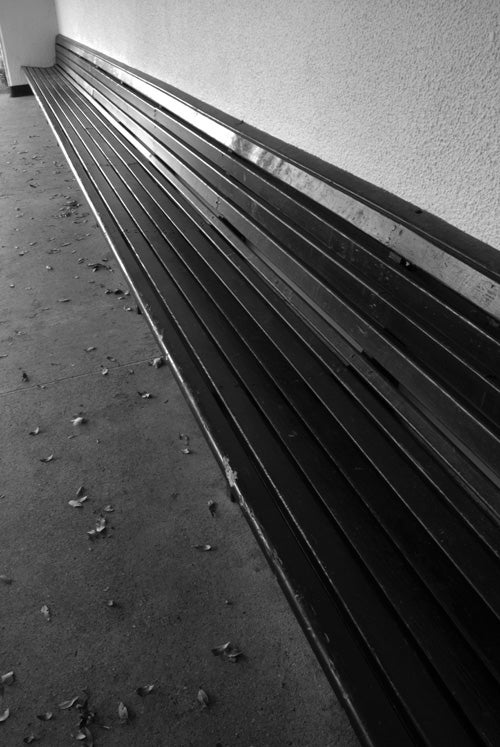 Mucking about with Raw conversion yeilds some high-quality results. 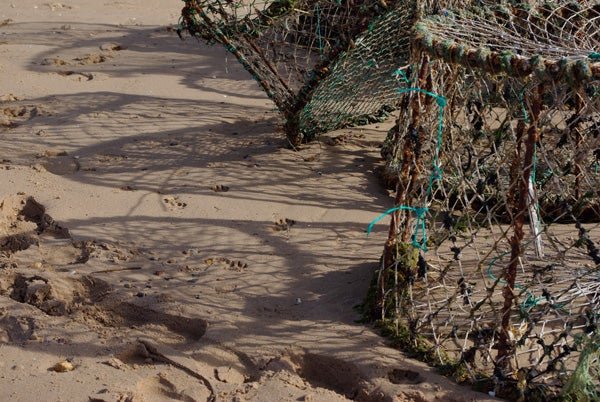 Contrast, sharpness and detail are excellent. 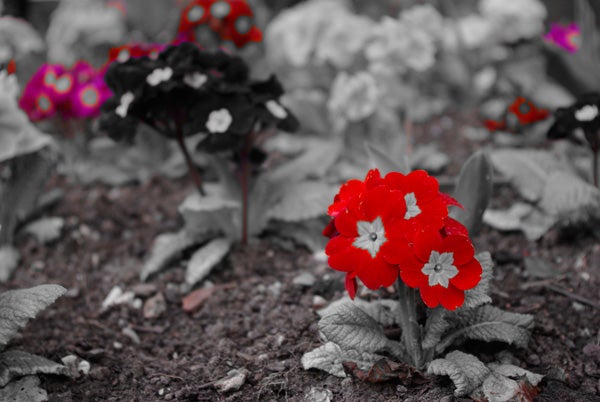 Some of the built-in filters and effects are a bit hit-or-miss.