Where previous recent Pentax DSLRs have opted for a somewhat unconventional angular design, Pentax has chosen a more traditional body with the K-500.

The body is a lot smoother and as such is much more in keeping with other entry-level DSLRs. The body of the camera itself doesn’t have that many controls, with a 4-way control pad offering access to common shooting settings, though there are dual command dials – a feature normally reserved for more advanced DSLRs. 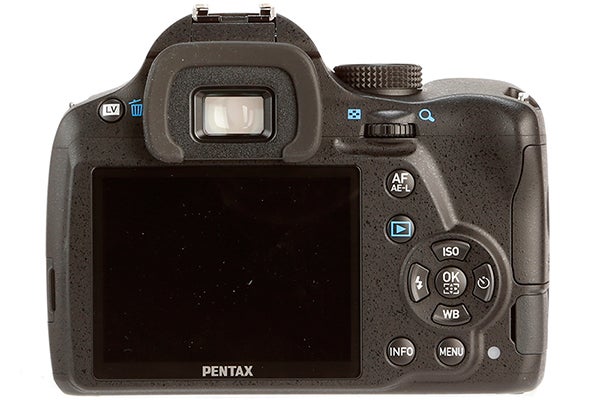 The body also benefits from a large, chunky and rubberised hang grip. It allows for a comfortable and solid feel to the camera, but it’s a shame there’s no corresponding rubber thumb grip at the rear.

The camera’s chassis itself is comprised of stainless steel with a reinforced polycarbonate finish. The K-500 is lacks the weatherproof sealing found in the Pentax K-30, although those who require such durability will no doubt be appeased by the Pentax K-50; a camera launched at the same time as the K-500 and featuring a virtually identical specification with the addition of weatherproofing. 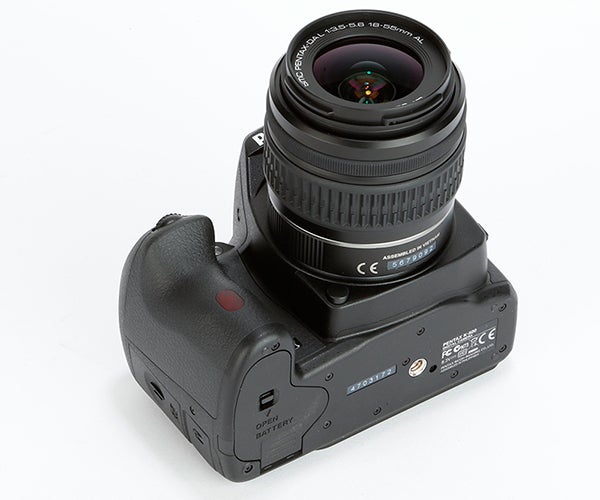 The K-500 offers somewhat of a mixed bag when it comes to its performance. There are certain areas where the camera impresses, including the Raw and JPEG capture, but it’s let down by a so-so interface.

If you’re shooting JPEG files and haven’t set the camera to record Raw files as well, there’s the option to record a Raw file after the shot. Simply select the option and the K-500 retrieves the Raw file from the camera’s buffer system.  There’s also the option to keep either the Raw or JPEG file – if you’ve recorded both – when deleting any selected images.

Then there’s the luxury of having dual command dials on an entry-level DSLR. Depending on which shooting mode you’re using, there’s the option to program the secondary dial to a host of settings to aid the use of the camera.

One area of performance that is slightly disappointing is the general interface. The menu system itself feels dated and a little tired, with a plain black on white theme, while the colourful shooting information display is also rather garish. 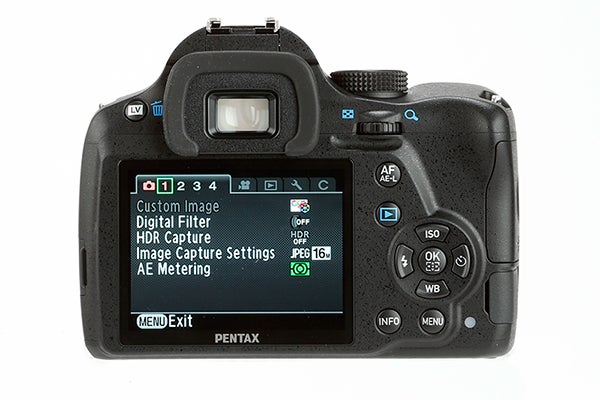 The dated interface isn’t the most disappointing area of performance however: that ignominy befalls the K-500’s AF system. The performance of the system is reasonable enough on the whole, acquiring prompt enough focus and only really struggling in low contrast situations.

However, the noise of the AF in operation, particularly when using the bundled kit lens, is overly loud. Where both the D3200 and 600D feature near-silent operation, the AF on the K-500 whirrs and buzzes throughout the various focus settings. Pentax’s SDM (Supersonic Direct-drive Motor) is missing and is sorely missed.

The second major irritant with the AF system is the absence of the display of the active AF point in the camera’s viewfinder. While this won’t be an issue of you’re using the broad 11-point AF system, if you want to select a single point its absence is hard felt. 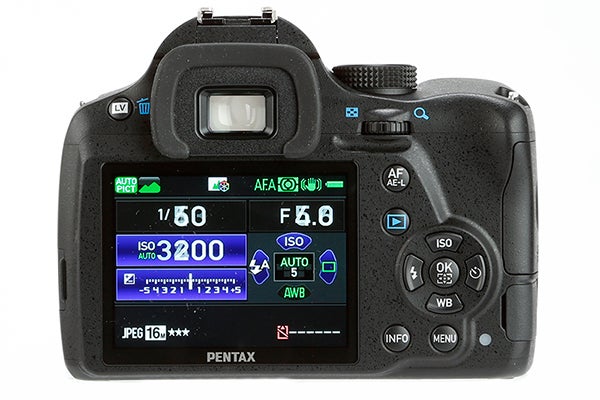 The viewfinder itself, however, is bright and clear, benefiting from pentaprism technology as opposed to the lesser pentamirror technology.

The K-500’s image stabilisation system is also worthy of note, and it generally offers a good level of performance with very little to doubt the quoted three-stop benefit.