While many manufacturers have concentrated on the lower end of their DSLR range in recent years, Pentax has instead focused on models aimed more towards the enthusiast. These include the K-7 and, slightly later, the flagship K-5 model. A more affordable K30 followed on fairly shortly after these two, offering some of the functionality found in the more high-end models.

The K-5 II sees Pentax return to its flagship model and revise its specification, rather than offer wholesale changes. The question is, has Pentax changed enough to make the K-5 II worthy of investment ahead of the K-5? 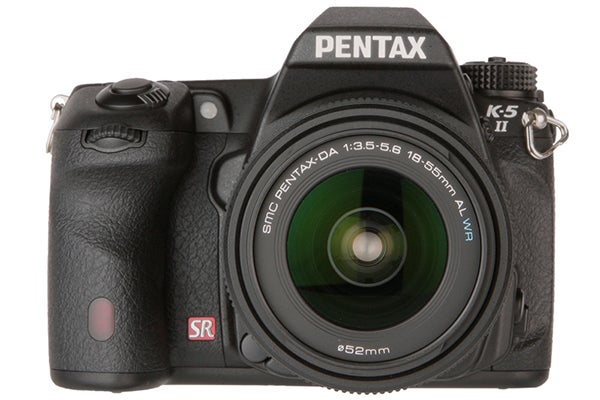 Given that its core specification has merely been revised as opposed to revolutionised, it comes as no great surprise to learn that the K-5 II shares a lot in common with its K-5 predecessor. At the core of the new model sits a 16.28MP APS-C CMOS sensor – the very same one that’s used inside the K-5 – which offers an ISO range of 100-12,800, extendable to a low of ISO 80 and high of ISO 51,200.

The sensor offers video capture at a resolution of 1080p Full HD at a rate of 25fps. If you’re happy shooting at the lower HD resolution of 720p then you have the choice between 30fps and 25fps.

Pentax has also maintained its unique stance of Raw file support. As well as offering its proprietary .PEF Raw file capture, the manufacturer also offers capture in Adobe’s .DNG format. This can prove useful if you’re a user of Adobe editing software, as the Raw files will be recognised straight out of the camera and without the need to update.

Despite the core specification of the Pentax K-5 II remaining the same, some changes have been made to the camera. The headline change is the all-new SAFOX X autofocus system, which arrives in place of the previous SAFOX IX system. Pentax claims that the new AF system offers “the broadest autofocusing EV range in its class”, with promised focus accuracy between -3EV and 18EV at ISO 100. In practical terms, this means that the K-5 II will achieve focus in both brighter and darker conditions than was previously possible. 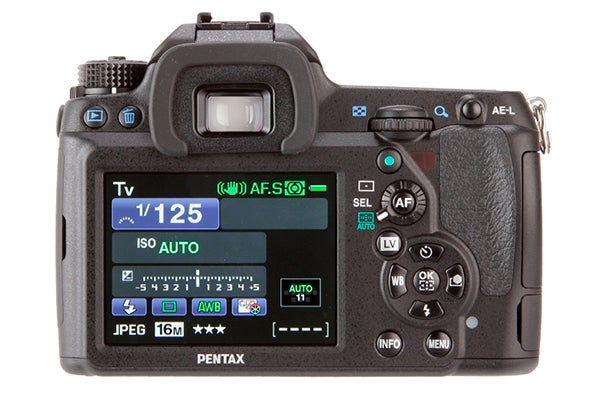 Another area of the camera’s specification that has been modified is the model’s LCD screen. This might not be immediately noticeable as the K-5 II’s display is the same size and resolution as that found on the K-5, which is to say 3-inches across the diagonal with a resolution of 921k-dots. However, upon closer inspection it can be seen that the design of the display itself has seen some restructuring. There’s now no gap between the display itself and the tempered outer panel meaning that – along with the anti-glare film found on the outer panel itself – the screen itself should offer better visibility than ever before.

Other useful features that will no doubt catch the eye of enthusiast photographers are the inclusion of an electronic level, a multiple-exposure option and in-camera processing of Raw files. A built-in interval timer for time-lapse photography is also welcome.

The first thing that strikes you about the Pentax K-5’s styling II is its utilitarian form. The K-5 II’s body is primarily constructed from a combination of stainless steel and magnesium alloy and further benefits from a number of weather-proof seals around the body to give it the same level of weather-sealing and dust proofing as its predecessor. It’s worth nothing, however, that to fully complete the weatherproof package the Pentax K-5 II must be used in conjunction with Pentax’s collection of weather-resistant lenses, each of which is denoted by the ‘WR’ label.

The body’s weatherproofing is just one feature which gives the K-5 II its utilitarian feel, as a number of other elements of design also add to this. For example, the K-5 II features a large grip with a rubber coating, offering a firm hold on the camera in a variety of conditions. The various controls around the camera’s body are also sturdily put together and offer a pleasing resistance to the touch, giving a sense of durability. 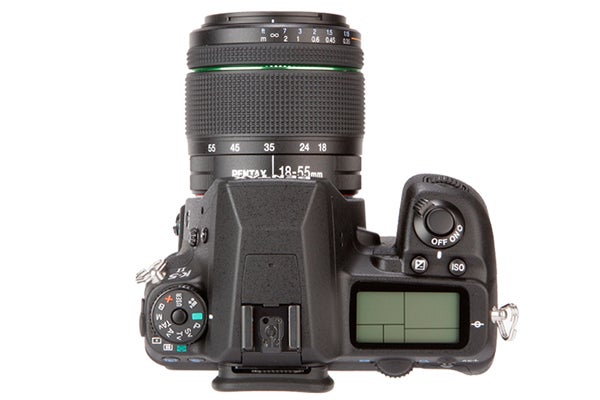 There are other signs of good design located around the camera – the top-plate display lamp trigger, accessed by rotating the power button around the shutter release, doubles up as a depth-of-field preview switch. And the mode dial, also located on the top plate, features a metering pattern collar around its base to save space, while all the K-5 II’s buttons are clearly labelled.

It’s not all positive however, and in inheriting almost all its design from the K-5, the K-5 II has also inherited some of the former model’s flaws. To begin with there’s the locking mode dial which was a hit-and-miss feature on the K-5, while the small flash-sync port plug is not only awkward to remove but, owing to the fact that it’s not attached to the body, also annoyingly easy to lose. Add to that the unnecessarily stiff focus selector button on the rear of the camera, and there’s certainly still room for improvement.