What is the Penclic Mouse R3 Wireless?

The Penclic Mouse range is a complete rethink of the computer mouse. The pen-like design promises to reduce the chance of RSI (repetitive strain injury) and offer more precise control over your cursor.

Despite the unusual ergonomics, however, the Swedish-designed Penclic R3 still has to be pushed around the desk like a traditional laser mouse, so it’s not quite as alien as it first appears.

The R3 model tested here offers wireless operation when paired with the supplied USB dongle, while the all-white Mouse B3 model offers exactly the same design but uses Bluetooth to connect.

Related: Why we don’t want the trackball to die 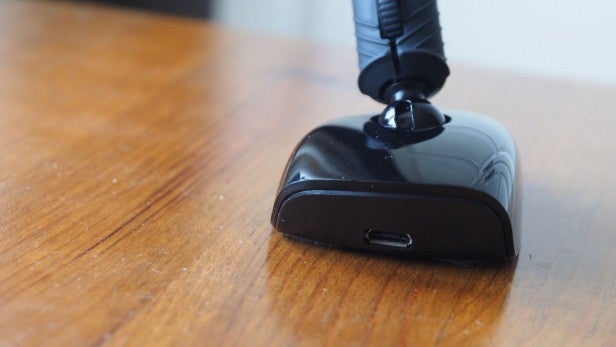 The Mouse R3 resembles nothing so much as a pen that’s been stabbed into a travel mouse. Don’t expect to be able to get away with using this without people staring. It’s really, really odd. If you’re overly self-conscious, this isn’t for you.

But hey, the past 10 years of people being judgmental about me using trackballs has left me pretty thick-skinned. If the form helps me function, I’m down with it.

The Penclic R3 is disarmingly light, and the pen section also took me by surprise by wobbling more freely than I expected, due to a ball joint at the bottom. The upper part is glossy plastic, while the grip section and buttons have a matte soft-touch coating.

The array of buttons on the R3 is the same as on a basic modern mouse – left click, right click and a scroll wheel. The default, however, is for the left click to actually be on the right, so right-handed people press it with their forefinger, while their thumb operates the left click. It makes perfect sense in use, and of course can be switched within your operating system if you’re a left-hander. 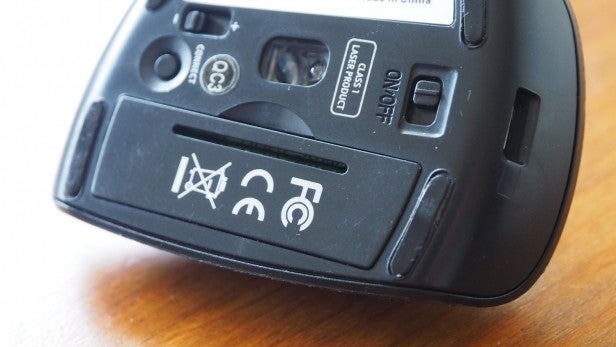 On the front of the glossy black base unit is a Micro USB charging port, while the underside features the on/off switch, the laser, a pairing button and a sensitivity control with settings for 800, 1,200 or 1,600dpi.

Also included in the box is a velvet carry pouch, a small USB dongle, and a USB charging cable. No software’s required – it’s just plug-and-play for Windows, Mac OS X and most flavours of Linux. 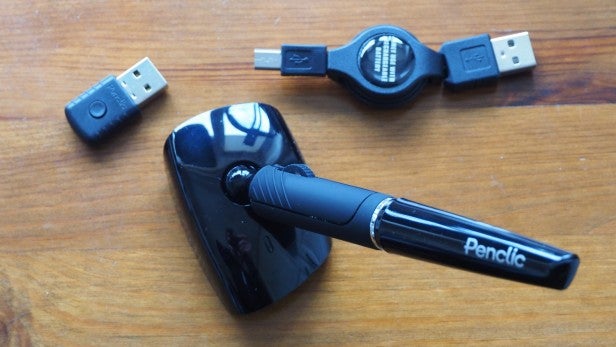 The Penclic R3 is extremely comfortable in the hand, easy to glide around the desktop (when the sensitivity’s set to suit your needs), and the pen shape means precision cursor placement comes totally naturally.

Anyone who does a lot of work in Photoshop, GIMP or similar art packages will really appreciate the R3. It gives much of the feel of using a stylus and tablet without actually needing those extra peripherals.

I also didn’t get any of the shooting pains up my arm that I always experience with prolonged use of a traditional mouse, which justifies Penclic’s decision to persevere with such an outlandish design. 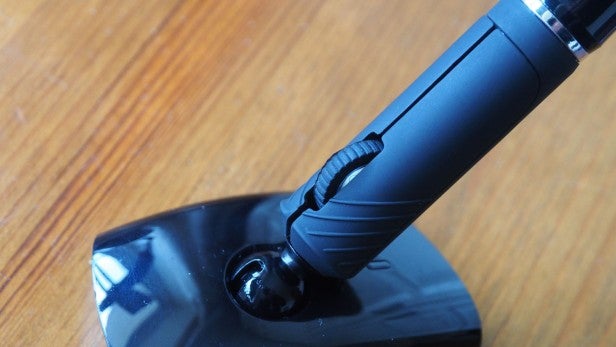 The problem, though, is with the buttons.

The first time I tried the Penclic R3, it was during the thick of a working day. Big mistake. Getting used to those buttons takes too long for that. My natural tendency to pinch between my forefinger and thumb meant that I’d often right-click when I didn’t mean to, or click left and right together at the same time.

I’ve sort of gotten used to it, but I still make some clicking mistakes, and that part of using the Penclic R3 never quite feels instinctive. I always have to think a little about what I’m doing.

It’s a problem I’m sure could be solved by making the buttons a little smaller, so there’d be more room to grip the barrel without necessarily resting your thumb on a button all the time.

Hopefully I’ll get the chance to test the Penclic B2, which features a rather different button layout, to see whether the ergonomics are any better.

On the plus side, the positioning of the R3’s scrollwheel – between the two buttons, right where you’d expect it – is spot-on, and it does its job very efficiently.

The only other issue I had, which is less annoying but more fundamental to the design, is the R3’s height. Many times I’d finish typing, swing my right arm casually across to grasp the R3, and… Clatter. It took me a while to train myself to raise my hand above the top of the R3 so I didn’t keep knocking it over.

Should I buy the Penclic Mouse R3 Wireless?

If you’re suffering from RSI related to using a traditional mouse, the Penclic R3 is certainly worth auditioning against one of Kensington’s excellent trackballs.

It’s also potentially a great tool for artists and photographers who can’t afford (or justify the cost of) a dedicated graphics tablet.

The only major downside is the ergonomics of the buttons, which can provide a steep, frustrating learning curve.

An interesting, RSI-beating evolution of the traditional mouse that just needs some tweaking of its button ergonomics to be truly great.