In most departments the Octane’s 1080p matte screen is good, but not great. The measured contrast ratio of 909:1 is good enough to deliver vibrant colours and rich black tones, and the individual measurements are both decent: the brightness level of 318 nits is ample, and the black level of 0.35 nits is deep.

The colour temperature of 7,088K is only a little too cool, and the average Delta E of 3.45 is fine for gaming – not quite below 2, as I prefer, but close enough that the difference won’t be obvious. The Octane’s panel rendered 86.4% of the sRGB colour gamut, and didn’t fall down in any one area: it’s just a little short when rendering reds, pinks, purples and some light greens and blues. Again, that’s not something I’d notice during gameplay or other tasks.

Viewing angles are fine, and uniformity is reasonable. The panel loses a middling 10% of its brightness along the top edge, and only 5% across its middle and bottom row. That’s a decent result, and colour temperature didn’t vary much either – it only warmed up by 6% at its worst. The biggest issue in this department was the occasional bit of backlight bleed, which occurred in sharper areas along the top edge and in wider, weaker bands along the bottom of the screen. They’re only noticeable if the entire screen is dark – and they’ll only be obvious if frantic gameplay has slowed down. 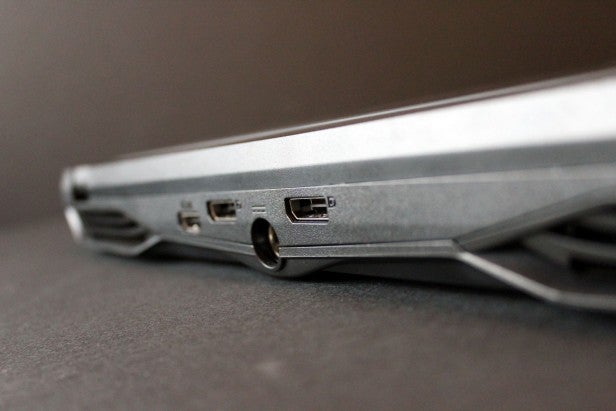 This screen might not stand out with extreme levels of quality in any one department, but it never falls behind in any crucial area. There’s a lot to be said for such consistent, decent results. Games look good, with black levels and contrast that can do justice to darker areas while picking out colours and detail in the rest of the range. Colour accuracy is solid, too.

The audio kit is similarly comprehensive. There’s a decent thump of bass, a well-defined mid-range and a high-end that’s distinct without being too tinny. It’s absolutely fine for gaming, but it lacks the bite, clarity and liveliness that personifies the best laptop speakers. 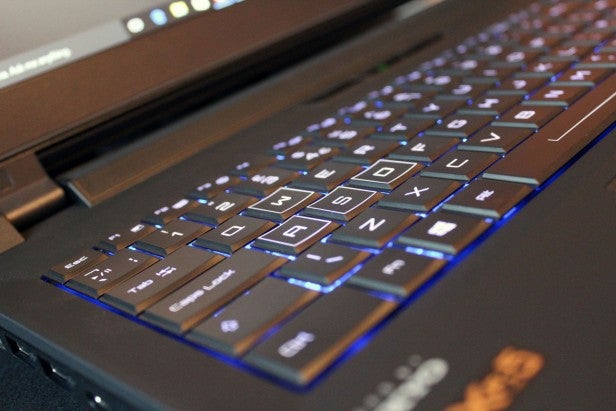 The Octane has a traditional keyboard – similar to the Alienware 15, and miles away from the SteelSeries-made Scrabble-tile unit on the MSI GS60 6QE Ghost Pro.

The increased size and height of the keys only bodes well for gaming. The Octane’s buttons have more travel than the MSI’s keys, and they depress with consistency and speed – more than enough to play the fastest games without complaint.

As with several other aspects of the Octane, I only have minor complaints. There’s a little bit of travel in the keyboard’s base, which doesn’t compare well to the rock-solid Alienware, and the PC Specialist’s keys aren’t quite as snappy and rapid as the Alienware’s buttons. The Octane also doesn’t the macro keys and other special features found on some gaming notebooks.

The trackpad is reasonable. I like its friction-free surface, but the two discrete buttons are a little too soft – definitely less responsive and snappy than the MSI’s hardware. As ever, truly competitive gamers will want to deploy a USB rodent.