The GTX 980 is one of Nvidia’s most powerful cards, so it’s no surprise that the PC Specialist blasted through games at 1080p and 1440p.

In Middle-earth: Shadow of Mordor at those resolutions it averaged 94fps and 65fps, and in BioShock Infinite it was even faster, with averages of 124fps and 84fps at the game’s highest graphics settings.

The PC Specialist wasn’t phased by tougher games, either. In Battlefield 4 at 1440p it romped through at 57fps, and it managed 51fps in Crysis 3 at 1440p – the toughest test at this resolution.

The higher resolution of 3,840 x 2,160 was always going to be trickier. In Middle-earth: Shadow of Mordor and BioShock Infinite, the PC Specialist averaged 36fps and 43fps – both scores that indicate playable frame rates at 4K. In Battlefield 4 and Crysis 3, though, the Ignis delivered averages of 29fps and 26fps. Those figures aren’t far from playable, but they do mean that graphics settings will need to be dropped a little to deliver smooth gameplay at 4K. 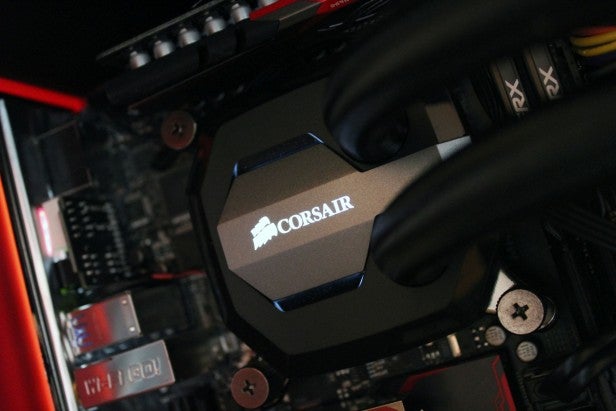 The PC Specialist easily beat the Alienware in games tests: the X51 and its GTX 960 could only manage 45fps and 71fps in Middle-earth: Shadow of Mordor and BioShock Infinite’s 1080p tests.

The Chillblast provides stiffer competition. Its Battlefield 4, 1440p and 4K results were three frames ahead of the PC Specialist, and it was two frames better in Middle-earth: Shadow of Mordor at 4K. At this tough resolution in Crysis 3, the Chillblast was one frame faster.

The PC Specialist’s slight slowdown was apparent in synthetic tests. The Ignis’ 3DMark: Fire Strike score of 10,716 is excellent, but the Chillblast managed 12,318.

The Ignis has a capable Core i5 processor, but it’s unable to match the competition – not unexpected, considering those machines have Core i7 silicon. The PC Specialist’s Geekbench 3 score of 13,714 is good, but the Alienware used its Hyper-Threading to score 16,533 in the same test. In PC Mark 7 the Ignis scored an impressive 7,640, but the Chillblast managed 8,288.

Thankfully, there’s headroom here to overclock the PC Specialist’s processor if you feel confident enough to delve into the BIOS. I’ve seen this chip run at 4.6GHz and beyond, and the Corsair Hydro H100i GTX cooler will certainly cope – the processor’s stock-speed top temperature of 65 degrees is fine.

There were no heat issues from the graphics card, with a peak of 80 degrees. Again, that means there’s scope for a modest core tweak if desired.

Noise problems weren’t an issue, either. When games weren’t running I could barely hear the fans on the inside, and high-end gameplay saw the GPU and CPU spinners generate only a modest whirr. It’s about as quiet as the Chillblast, and current-gen consoles.

The Kingston SSD looked good on paper thanks to its 960GB capacity, but it’s a standard SATA drive that delivered mediocre read and write speeds of 525MB/sec and 492MB/sec. Chillblast’s drive is smaller, but it uses PCI Express lanes to run through those tests at 1,764MB/sec and 1,196MB/sec – and the Alienware’s Samsung is quicker too.

The Ignis comes with a three-year labour warranty that includes one month of collect-and-return service and a year of parts coverage. That’s a good deal – better than the Alienware’s sole year of coverage – but it can’t compete with the five-year Chillblast warranty. That scheme includes two years of parts, labour and a collect-and-return service. 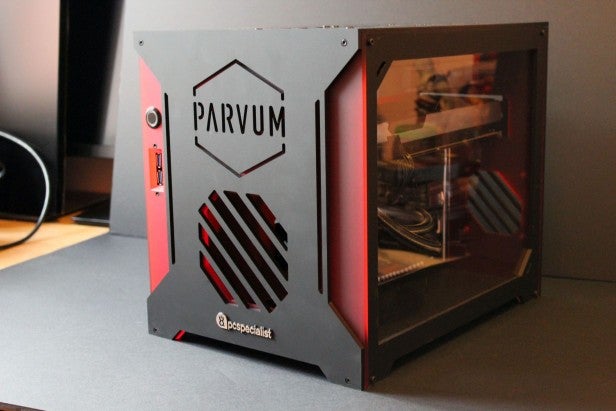 Should I Buy the PC Specialist Ignis?

This machine is designed to play games at impressive speeds and look good while doing it – and, thanks to the acrylic Parvum chassis, there’s no doubt it succeeds.

The Chillblast looks just as impressive, though, and it’s smaller and sturdier. It’s also quicker: the Fury Nano GPU is a tad faster, the Core i7 chip is swift, and the SSD is better. It will remain more rapid even if the cheaper Core i5 model is chosen, too, thanks to overclocking.

The Ignis is easily better than the Alienware. It might cost a little more, but it’s in a different league when it comes to gaming speed and includes a much better warranty.

The PC Specialist is small, fast and good-looking, but it falls in between its rivals. It’s a better buy than the underpowered Alienware, but the Chillblast is more well-rounded.

Parvum’s acrylic case makes for a smart, unique PC, and the components inside mean this is a good performer too: it offers plenty of grunt and enough GPU power to just about handle gaming at 4K. Other machines are more balanced, though – Chillblast’s machine is smaller, just as smart, and includes a faster processor and graphics card.