Solid-state drives (SSDs) present a bit of a conundrum. At its simplest they’re like the sports cars of the computer world: you pay a premium for speed, but lose out in terms of practicality (i.e. capacity). Luckily, unlike said sports car, they have the additional advantages of also being very power efficient and quieter than their pedestrian spinning-disc counterparts, not to mention more shock and temperature resistant. However, not all SSDs are created equal when it comes to performance, so let’s see how Patriot’s latest holds up.


Named Torqx, as it’s well known that any cool product should have an ‘x’ in the name, Patriot offers this drive in three capacities: 64GB at the low end, the 128GB of our review model and the maximum 256GB capacity. For now this is in line with what most affordable SSD ranges offer. 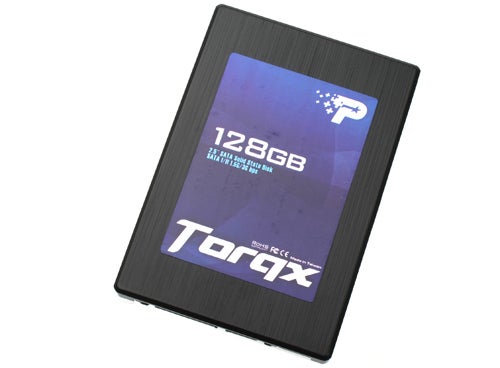 The package you get is fairly good, though not quite as comprehensive as Kingston’s SSDNow V Series kit. Still, there’s a neat manual, black metal 2.5in to 3.5in adapter bracket (by no means a given with SSDs) plus eight mounting screws and a jumper switch. The latter is for upgrading the firmware, but once you get past version 1275 updating can be performed jumperless. Note that this Torqx range (part numbers beginning PFZ) are the only Patriot SSDs which offer upgradeable firmware and are certified to work with the company’s Performance Restore Utility, the necessity of which we’ll get into later. 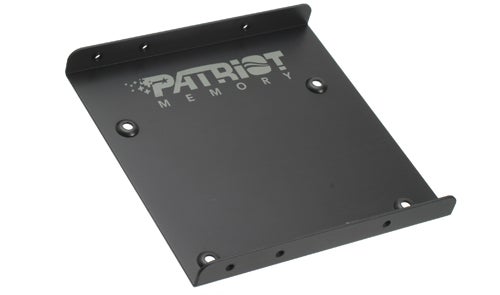 The drive itself is pretty standard. It’s housed in a solid brushed black metal 2.5in upper case with a less sturdy stainless steel base-plate, measuring 99.88 x 69.63x 9.3mm and weighing in at just 91 grams. At the back you’ll find SATA power and data connections as well as the jumper pins, though no USB port as some of the competition feature. The drive can withstand operational temperatures of zero to 70 degrees, and can absorb shocks of up to 1500G over 0.5ms. Translated into plain English, you can stick it in the hottest PC on the planet or throw it out the window and it should survive without trouble.


All these specifications are a tad superfluous for most consumers though, as what really matters for most potential SSD owners is speed. For an MLC-based drive (rather than the far more expensive SLC), the Torqx’s quoted speeds are certainly impressive: up to 260MB per second write and 180MB read. Of course even if the drive were to match these speeds in real life, there’s the issue of SSD performance-degradation over time.

To give a simplified explanation of the how and why of performance degradation, it’s essential to understand that an SSD’s controller will not really delete data until the entire capacity of the drive has been filled; your OS might indicate that the data is gone, but in reality it will still be taking up space on the flash storage – though it will be marked as invalid. The data is only actually changed when it is overwritten. This is the same as how hard drives work but with hard drives this doesn’t affect performance. However, with SSDs it does. The reason why this happens is twofold.


The first issue is that, while SSDs can write files in units of 4KB (called pages), they can only delete in far larger 512KB blocks. This means that if the controller wants to write some data to a certain area that already has data in it, it has to read all the data within that 512KB block, check if any of it needs to be kept, copy the required data to another temporary location, delete the block, then write the new data back into the block. This obviously adds considerably to the amount of time it takes to write data. 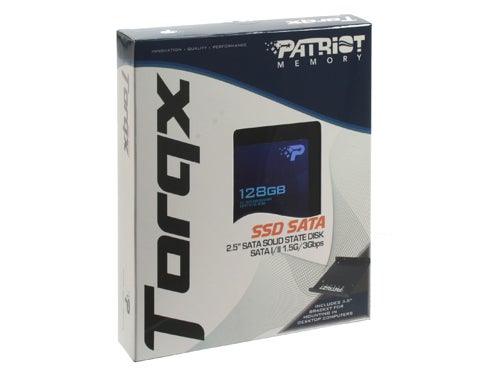 The second factor is that the flash memory cells in SSDs degrade over time so that, in the case of MLC drives, they can no longer hold a charge (i.e. data) after around 10,000 write cycles. Thus, to get the optimal lifespan out of any drive, it is imperative that each cell is written to only as much as any other, a process known as ‘wear levelling’. For this reason the controller will fill every block on the drive up before it deletes and rewrites any others. Once the drive has reached its maximum capacity though (remember, this doesn’t mean the drive appears full on your computer, it’s just that all the data from the files you’ve deleted will still be kept until its overwritten), the controller needs to read and delete whole 512KB blocks for every page it wants to write, which obviously leads to significant slowdown. Now, it’s perfectly possible you will go for years without experiencing any problems, as it may take that long to fill your drive with data, but others may notice this within months or even weeks.


To get around this, newer drives support a command called TRIM. This basically tells the drive to actually delete invalid data there and then so that blocks are ready to be written to. Windows 7 will support this command natively so that when you delete a file it tells the controller to delete the data straight away. However, don’t despair if you’re stuck with Vista or XP. Most manufacturers provide a tool that does essentially the same thing (though you have to ‘activate’ it manually, a bit like defragging your hard drive), which in Patriot’s case is aptly called the Performance Restore Utility. Using this after having ‘filled’ the drive does have a dramatic positive effect, bringing performance back to the level of a new drive. 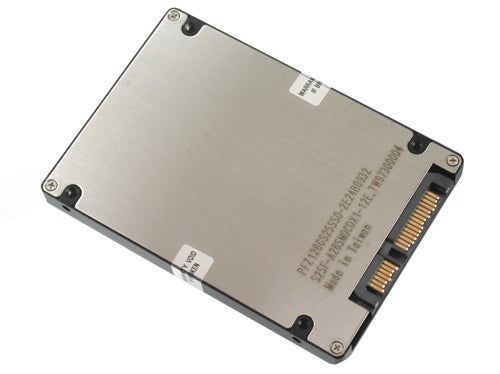 If after the above talk of limited MLC lifespan you’re worried about your expensive drive going the way of the dodo within a few years of purchase, Patriot’s truly class-leading 10-year warranty offers major peace of mind.


As has hopefully become clear, the controller is a very important part of any SSD’s performance. Patriot’s Torqx uses an Indilinx controller with 64MB of cache, which for now seems to suffer fewer problems than those on previous drives we’ve seen and outperforms most rivals (with Intel’s being the notable exception). However, while Intel’s drives are excellent, even the 80GB ‘mainstream’ Intel X25-M will still set you back around £300. Anyway, enough detail; onto performance testing.

We used our usual test bed to house the Torqx:


The SSD is initially added as an unformatted slave drive, and subjected to read and write test runs of HD Tune Pro.

Out of the above, read speed is the factor that will have the greatest effect in most usage scenarios for the average consumer (at least in a desktop machine), since one would usually combine a small SSD to load the OS and essential or most frequently-used applications onto with a large mechanical hard drive for file storage. Thus, after installing your OS and programs, most writing operations are to the conventional hard drive.


In this scenario the Torqx easily surpasses Kingston’s SSDNow V Series, but is solidly beaten by both the OCZ Vertex and Intel X25-M.

PCMark Vantage running on a fresh install of Vista tells a different story, however.

As you can see we have two results for the Torqx here. The Pre-Wipe result is after the drive has been filled, then formatted. This is pretty much the worst case scenario for this SSD as it is now full of data – however, despite the performance degradation factor, the Torqx still manages to consistently outperform the Kingston.


Post-Wipe is after using the Performance Restore Utility, which should restore the drive to ‘as new’ performance. Indeed we see a dramatic improvement here, and Patriot’s SSD now beats the OCZ Vertex in several tests while becoming the undisputed performance champion in the video editing test.


So far, though, Intel remains the overall winner.

Next we get onto a spot of gaming with Crysis, where we run a timedemo at minimal graphical settings to put the focus on hard drive use.

The Torqx puts in a fairly good performance here, though it appears that for game loading not even Intel’s SSD can beat the mighty 10,000rpm Western-Digital VelociRaptor hard drive.


Finally we take a look at boot, restart and shutdown times for our test system.

In this test, Patriot’s latest SSD comes out the clear overall winner, with the all-important startup time being the lowest we’ve yet recorded, with our system being ready for action in just 40 seconds! This is one area where Intel’s drive really falls behind.

So how does this drive compare to the competition? Where Patriot’s SSD lineup is concerned, no other range but the Torqx is worth considering, as it sports the best controller out of the lot and is the only one compatible with the company’s Performance Restore Utility – which as you can see from the PCMark Vantage results definitely has a strong impact. Until Windows 7 brings TRIM support for compatible drives, which will make custom software like the Performance Restore Utility redundant, it’s an important consideration and will continue to be so for those using older operating systems like XP or Vista.


Unfortunately the 128GB Torqx didn’t live up to its quoted speeds, but nonetheless put in a respectable overall performance. It’s worth keeping in mind that the lower-capacity 64GB model also has lower quoted speeds: 220MB read and 135MB write compared to 260MB and 180MB for its larger siblings.

Likewise in the value stakes the Torqx, while not exactly a bargain, doesn’t do too badly at around £288 for 128GB. Intel’s Intel X25-M might outperform it in most scenarios, but demands over £300 for just 80GB of space. Of course this might be plenty to store the OS and most-frequently used applications, and whether it’s worth the premium depends on whether you value the performance difference over the extra storage. Compared to the likes of OCZ’s 120GB Vertex, Patriot’s SSD presents a less ambiguous alternative, for though the Vertex beats it in straight read and write speeds, in most real-world tests the Torqx comes out ahead, while offering slightly more capacity for slightly less money.