Mobile phones have long since become ubiquitous, and it seems like we spend half our waking hours making calls, taking calls, or listening to someone else’s call. For those that transport themselves by car, the ability to use the phone while driving has been cut right back by recent legislation, which made such operation illegal.


This has led to a rise in the number of people buying either a) Borg-style bluetooth headsets or b) dedicated in-car kits. The latter come in two varieties – wired, designed to plug straight into the phone, and Bluetooth, designed to operate wirelessly.


These can also come in variations – some plug into the car’s electronics, muting the stereo and playing the call through the speakers, while some just plug into the cigarette lighter and have their own audio interface.


This latest kit from Parrot is one of the more advanced varieties. Not only does it install into the car’s entertainment system, and not only does it support bluetooth connection to your mobile, but it also allows you to stream music via bluetooth through your stereo – after all, mobile phone music is where it’s at, right? 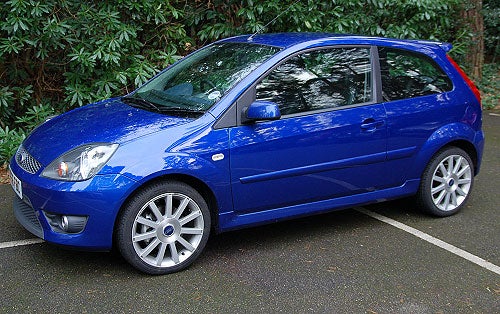 So, with our MK6000 in its nice box, we headed down to our local in-car specialists, Nice Ice Entertainment, to get the kit installed in our test car – my nice new Fiesta ST. Much to my horror, this involved an hour’s worth of ripping apart the lovely interior to plumb in the Parrot kit. While the company gives comprehensive instructions for fitting it yourself – and uses standard ISO plugs – making a good job of it will probably require someone with a little expertise. It took Lee, our engineer, a fair amount of time to run all the wires discreetly through the glove box and to remove the radio and hook up the various doohickeys.

The kit itself comprises a few simple bits. There is the microphone, which is double headed, allegedly giving better noise reduction and call quality. There is the control unit, which consists of a scroll wheel for menu selections and a couple of buttons for making/ending calls. There are also three music buttons – play/pause, next track and previous track. Both these connect via wires to the main bluetooth unit, which plugs into the back of your car’s entertainment unit. This houses the main technology of the kit.

The MK6000 is the successor to the rather popular MK3000, which Lee informs us has been a stalwart of his in-car installation business for the last 12 months. Who better to give us an opinion on the uprated version? Our man opines that while the dual-headed microphone looks nice, the control unit is a bit of a step backward from the MK3000 – it comes with just a single bit of sticky-back plastic to mount to the dash, whereas the previous kit comes with a number of mounting brackets, making it more versatile and easier to place. 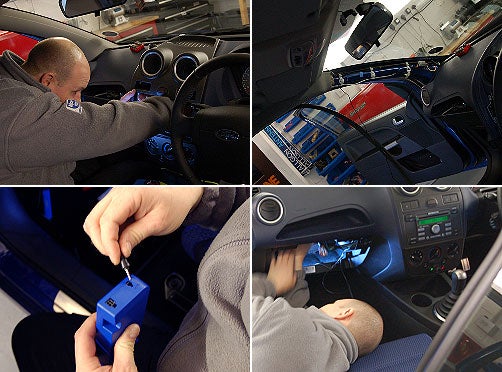 It’s not all bad news on the installation front, however. There are plenty of wiring options – including, we are told, wiring options for cars with line-out leads, such as most Audis – and the connections are self-locking and secure, avoiding the need for the usual dose of gaffer tape that accompanies such installations. So, kudos to Parrot for making the kit itself a fairly decent install job.

But what of the user experience? As I wave goodbye to Lee at Nice Ice, I decide to put the kit to the test, pairing up with my Samsung E900 phone. Here’s where we get to see some interesting quirks. Pairing is a fairly easy process, so with that out of the way, I see if it will automatically sync each time I get in the car. Turning the ignition on prompts my phone to pair with the Parrot, which I do, but turning the engine on resets the device and breaks the connection. D’oh! Of course once I authorised the Parrot connection on my phone it automatically connected without the need for any intervention from myself. Connection re-established, I set about making a call – while parked, obviously. 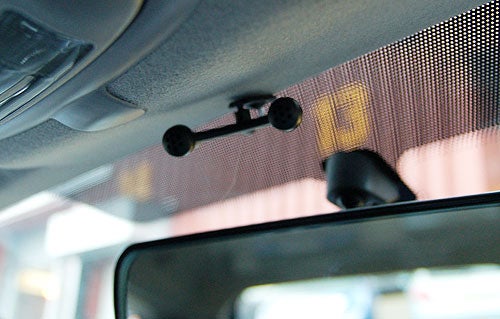 Calling Benny at the office halts my Foo Fighters serenade – the Parrot is designed to be connected to the mute lead on the radio – and gives me the familiar dialling tone. Call quality on my end is pretty good, as I can hear Benny through my speakers no problem. As I pull off and churtle along at 30MPH, Benny reports a complete lack of engine noise or background chatter, which is a testament to the dual-microphone noise reduction technology, it seems. That is, at least, until I rev up to 7000RPM at some traffic lights, where it seems even the Parrot struggles to keep from squawking. 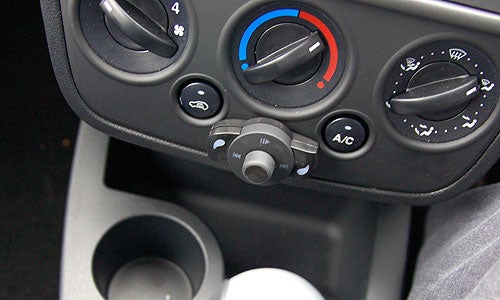 On the motorway, things are not bad at all – but Benny reports rather more background distortion as the road noise increases in the cabin. The kit does a pretty good job of isolating my voice, however, and the overall result is pleasing.


In terms of the featureset, the Parrot supports it all. The usefulness of the music feature will really depend on whether you carry a lot of music on your mobile phone or PDA. If you regularly listen to music via your phone, you’ll appreciate the ability to stream your tunes straight to the car – but I suspect that most people will stick to CDs and iPods. However, the audio quality – being all digital – is actually good, although there is a small lag time to track selection.

Voice dialling is supported on the kit itself, but setting it up is rather complicated. You must first navigate the menu to record the keywords and magic words – such as ‘Home’, ‘Mobile’ and ‘Hang up’. You have to record each of these twice. To then be able to actually call someone, you have to transport your contacts to the kit and record a voice print for each of them.


Depending on your phone, you have two options – the Parrot supports automatic contact sync, so if you have a phone that will do that all your contacts will turn up on the Parrot device with the minimum of intervention. Otherwise, you have to use the scroll wheel to select the Receive Contacts menu on the Parrot, then manually bluetooth them over. Once you’ve selected a contact, you can record a voice print for it.


Using voice dialling, once the palava of setting it up is done, is not too bad at all. Pressing the green button, then saying “Phone” “Benny” “Work” results in a call to the office line. It doesn’t always work 100 per cent, but it’s pretty close. 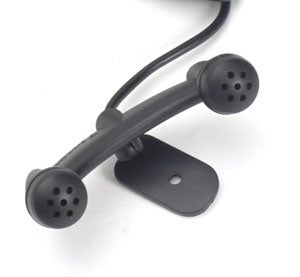 
The Parrot kit is not cheap, at £125 or thereabouts. It’s a fair bit cheaper than the ‘professional’ grade kits which come in at £200 or so, but also quite away above the Borg approach – which can cost around £50 for a decent headset. Does the MK6000 justify the price tag?


Well, the music streaming is novel, and is a feature not offered by many other kits. If you are a big music phone person – and maybe, with the rumoured iPhone, we all will be soon – this will be a good solution for you. On the plus side, it’s also true that call quality is pretty good, and the voice dialling works well.


But there are downsides. There is no screen, so you can’t see who’s calling you – a feature some competing kits are now starting to integrate. The lack of a decent mounting mechanism for the control unit is also a bit of a problem.


But that said, the Parrot works reliably and really covers the bases that it sets out to. If you’re a mobile music fan, you’ll love this – if not, evaluate it against the other cost options before taking the dive.