Bluetooth headsets and by extension Bluetooth hands-free devices in general are easily considerable as commodity items. Every now and again a Jawbone Noise Assassin comes along and redefines the benchmark to which its contemporaries should aspire, but for the most part they’re all pretty much indistinguishable save for the brand stamped on the casing.


Just because all Bluetooth hands-free devices are created equal, though, doesn’t mean that some aren’t created more equal than others. Parrot’s Minikit Slim is a perfect example of that. Parrot has taken the underlying ‘must-have’ features no Bluetooth hands-free kit can be without and added a lashing of spit and polish to come up with what might be the best example of its kind I’ve yet seen. 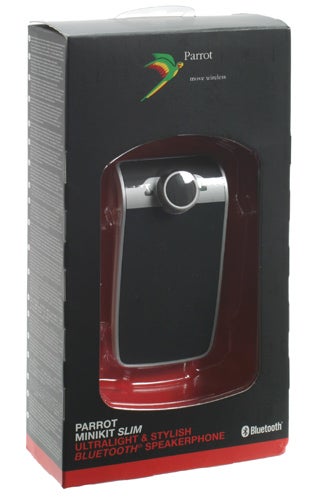 Aesthetically the Minikit Slim is relatively unremarkable and all the better for it. A matte black, slightly rubberised facia with a likewise understated silver surround hold the three interface buttons. At the rear is a sprung metal clip which partially betrays the Minikit Slim’s intended placement – namely that it clips onto the driver’s sun visor. While for the most part that’s an absolutely great place for the device to sit, it does cause slight problems when driving into bright sunlight. When the visor is flipped down, the Minikit Slim is suddenly on the wrong side.


That quibble aside, there’s precious little to dislike about the Parrot Minikit Slim. It would be good if the device was inconspicuous enough that it could be left in place when the car is parked, say, at a train station or supermarket, but other than that Parrot has done everything right. 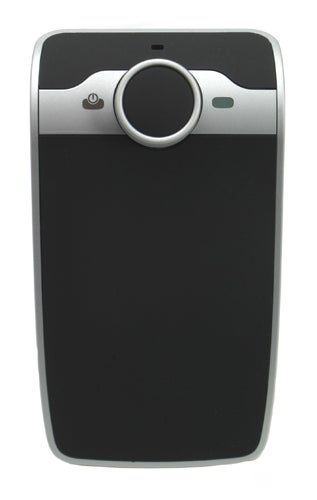 Despite being some £20 less that the Jawbone, at around £55 it still looks as good, in its own way. And if you want a bit more of a design statement, there’s a version called the Chic that’s even more stylish, if a touch girly.


One interesting design feature is that the Minikit Slim doesn’t actually sport a speaker, because the entire front surface is the speaker. Specifically, vibrating panel technology from a company called NZT is used and is what allows the Minikit Slim to live up to its name – this type of ‘speaker’ being inherently thinner than conventional types.


Build quality is as good as it looks, with both the buttons and control wheel providing a good feedback, which is obviously important as the device is meant to be used eyes-off. That’s backed up by the most stand-out feature of the Parrot Minikit Slim; its built-in speech synthesis engine, which offers text-to-speech reading of contacts and menu items, and the ability to call contacts by speaking their names – without the need to record voice tags.

The first time the Minikit Slim is paired with a handset it automatically grabs the phonebook, which it then keeps synced with the phone. There’s space for 1,000 contacts per connected phone (up to a maximum 2,500), which should be enough even for the most sociable of socialites, or business types. Placing a call to one of these contacts couldn’t be simpler: just press the green call button and announce your intended recipient when asked.


That request is responded with a either quick confirmation, for example “calling River Tam, cellular” (for some reason despite knowing a ‘Z’ is pronounced ‘zed’ a mobile is still a cellphone) or, if you have more than one number stored for that one contact, being prompted as to which of these you wish to use. 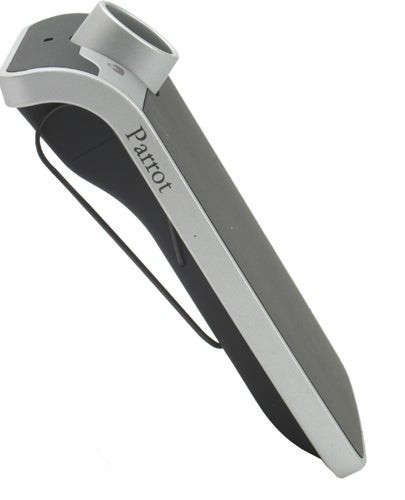 Alternatively, to bypass this stage, you can use commands like “call Dad, mobile”, just “Dad, mobile” or even “Rachel Bilson, mobile”. Unfortunately the latter didn’t seem to work for me, as I don’t have a single member of The OC cast’s phone number but there’s no harm in trying, right?


According to the manual, if the voice recognition doesn’t work, then you can navigate to the Voice Tag menu item and tie a custom recording to one or more contact. The problem with this is that on the model I had, there was inexplicably no such menu item initially, although bizarrely resetting (pressing and holding the call and hang-up buttons to clear the device’s memory) and re-syncing with my phone fixed that. Incidentally, does anyone really think having a password of 1234 (or 0000, 1111, etc) is helpful or, indeed, necessary on a Bluetooth handset? 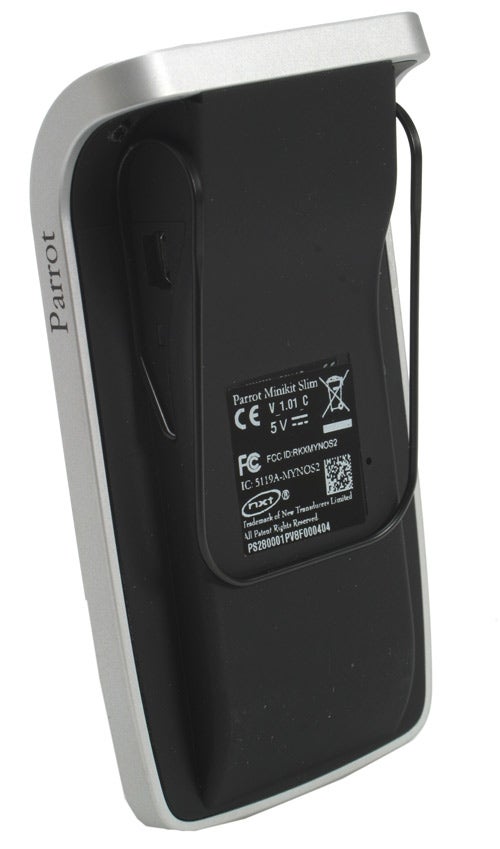 The final way to call a contact is to use the central wheel to navigate alphabetically through the stored list, with each name being read out as you scroll through. It’s at this point that it becomes very obvious that the speech synthesis engine still needs just a bit more work. I’m pretty sure, for example, that Ascot isn’t pronounced “azzz-coat”.


Sound quality when you finally manage to make a call is acceptable, but not excellent. It’s entirely possible to hold a decent conversation, concentrating your full attention on the road while doing so, of course, but both parties will be aware that the conversation is taking place via a hands-free kit. Overall, though, the Minikit Slim again shows itself up as an entirely competent piece of kit.


If you’re attracted by the idea of a hands-free kit, but don’t want a headset, Parrot has the solution for you. Parrot’s Minikit Slim is well designed, easy to use and is reasonable value for money, too.