If there’s one thing that both regular Jo’s and techies will agree on, it’s the fact that wires are rubbish. They get in the way, they take up too much space and there’s always too many of them. Basically, they’re a pain. It’s no surprise really that wireless technologies have really been taken to heart by the general public. Many people now have Wi-Fi routers at home and most people are familiar with, or at least aware that their mobile phones can beam things over the air via Bluetooth.


Wireless is also beginning to make its way into consumer electronics products aimed at the home. We looked at this set of Logitech Z-5450 Wireless Speakers and also Logitech’s Wireless Music System for iPod/mp3. What we have here is a similar concept. Here though, the speakers themselves can receive a wireless music stream – via Bluetooth. These speakers are produced by Parrot, which is not a company one normally associates with Hi-Fi. It’s one you will associate with Bluetooth technology though, thanks to its wide range of in-car Bluetooth products. 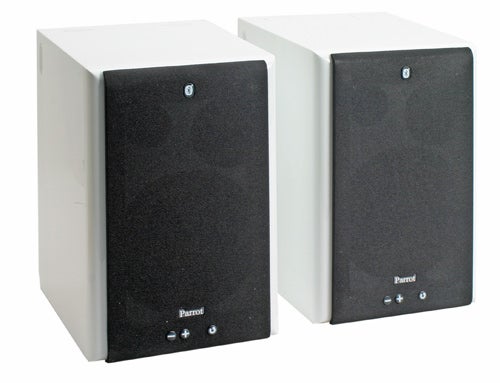 The concept of the Parrot Sound speakers is simple. Each speaker has its own power supply, contains a 60W amplifier and has to be plugged into a wall socket. However, aside from that there are no other wires required. The two speakers talk to each other via Bluetooth and you send music to them from any music playing device that has built-in Bluetooth EDR (Enhanced Data Rate). EDR offers three times the bandwidth of the previous version and thus is able to send a full stereo signal. Devices that support Bluetooth EDR include most recent mobile phones, and recent laptops as well as PDAs. Sensibly, the speakers aren’t useless if you don’t have a Bluetooth source. At the rear of each is a set of phono line-inputs for use with wired devices. 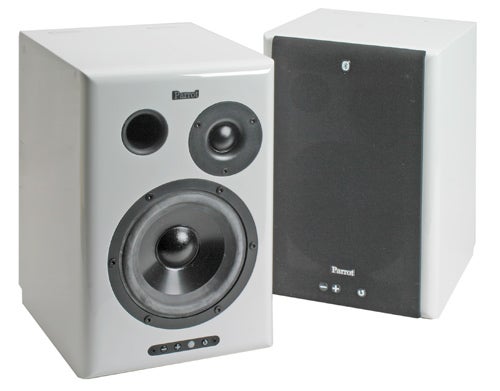 The speakers certainly look Hi-Fi – they’re a large Bookshelf set, with a main driver, a tweeter and a front port. The speakers are rated as having a frequency range of 50Hz up to 20KHz. The 60W rating is reasonable though not outstanding for speakers that size. I have a set of Wharfdale speakers that I picked up back in 1998 that still serve as my main Hi-Fi set, which are rated at 100W. It’s all a numbers game though, how it sounds is what counts. The speakers are white, presumably because of the iPod. We would have preferred it if they were a conventional Hi-Fi black. There are two speakers protector grilles at the front, which are held on magnetically, which is quite cool. However, the speakers look better without the grille, though if they’re in danger of being pocked you should keep them on. The speakers can be wall mounted with supplied brackets and there are adhesive pads included for affixing to a shelf.


Underneath the grille are a plus and minus volume control and a button and another button that’s used for setting up the pairing. 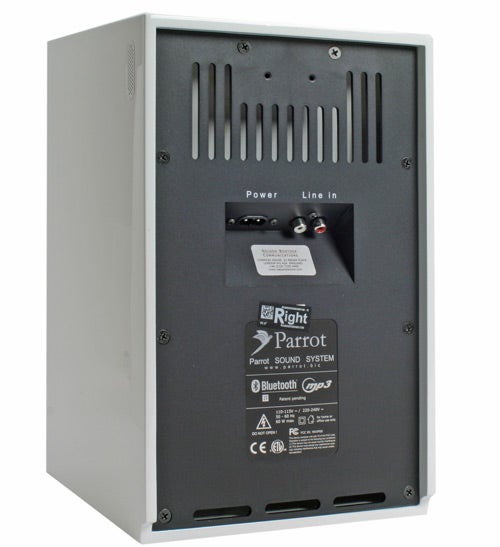 In the office we tried it with three devices – a Samsung D900, a Sony Ericsson K800i and a Samsung Q1 Ultra Mobile PC.


The first device we tried was the Samsung and we were up and after unboxing the speakers and plugging them in we were up and running with music playing in less than a minute, which was pretty impressive. The light was flashing as soon as we plugged them in, we searched for Bluetooth devices on the Samsung phone – it detected them, we paired and we played. It actually seemed a little weird for sound to be coming out of these speakers with nothing connected.

To pair you have to enter your passcode onto your device and once connected another Bluetooth device can’t try and connect and hijack the music. We were impressed by the strength of the signal especially as there were at least ten other Bluetooth devices in the office and a Wi-Fi network.


One of the advantages of the two speakers connected without wires is that you can have the two speakers far apart, as long as there within 120 metres. The first time I tried this the music began to play out of sync. This is because the speakers work out the distance between them on initial set-up and don’t realise when one has been moved. This was solved though by resetting the speakers by holding down the set-up button, and re-pairing them. 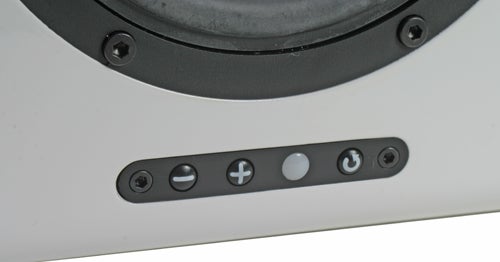 While the Samsung D900 paired flawlessly, the K800i initially refuse to pair successfully. After a couple of resets it managed it and the music began to flow. However, when we had to reset to sort out the sync issues, it started to behave oddly. Whether this is down to the phone or the speakers is hard to work out, but the speakers are very early samples so that may explain it. What’s cool is that the speakers Firmware can actually be flashed to add more devices and hopefully sort out bugs.


The other issue was controlling the volume. This could not be done from either of the mobiles but it could via the volume slider on Windows Media Player on the Samsung Q1. According to the manual the speakers support the Audio Video Remote Control Profile (AVRCP), which means that volume can be controlled remotely- but this is device dependant. If your device doesn’t support it you’ll have to walk over to the speakers to alter the volume, which is a pain. Perhaps shipping a basic remote would get over that issue.


In terms of sound quality we were impressed. The nature of wireless transmission means that there will be some degree of compression and this could be heard in the tracks. How this affected the sound depended on the track with pop tending to fare better than rock tracks. Of course, for purists you can connect by wire, but then there would be little point to these speakers. If you like volume then you won’t be disappointed – we accidentally turned the volume up too loud and when a track kicked it in almost blew the windows out and gave everyone a heart attack. Cool. 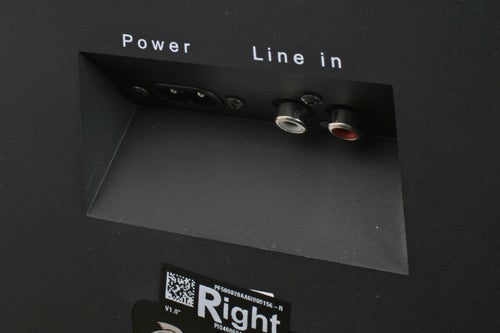 We certainly love the freedom that these speakers provide and it’s a great example of cool uses for technology. A great usage scenario would be controlling a playlist at a party just from your mobile phone, or via a PDA. You’ll probably be serving canapés rather than pork sausages though, as the price of these speakers is quite high at a RRP of £254. My aforementioned venerable Wharfdales cost a £100 and that was eight years ago!


The Parrot Bluetooth speakers are wonderful example of the liberating power of technology, freeing us from the tyranny of wires. They’re easy to set-up, easy to use and sound pretty reasonable. As this is a unique use of technology right now you can partially forgive the slightly over-the-odds price. However, you’d have to be pretty keen on the Bluetooth functionality to spend this much, as for this kind of money you can get some truly impressive standard hi-fi speakers.