Just like buses, photo viewers seem to come in twos. Barely a week has passed since I looked at the 9in Philips Photo Frame, and though I admired the features and the quality, you had to pay a premium to enjoy them.


Today we have a 7in Bluetooth Photo Viewer from Parrot to look at, and late last year Benny reviewed the original Parrot Bluetooth Photo Viewer. It was a commendable effort at the time, but it had a prohibitively high price and lacked a number of fundamental features. Has Parrot learned from its mistakes?


Initial impressions are that, aesthetically speaking, the seven inch version is very much the child of the original. It may be considerably larger – the original had a tiny 3.5in screen – but for all intent and purposes it looks exactly the same. Parrot sells the viewer in a number finishes including: Natural Oak, Alezan, Black Salamander, Brown Salamander, Black Ivory, Cardinal Red and, for the utterly tasteless, Zebra. 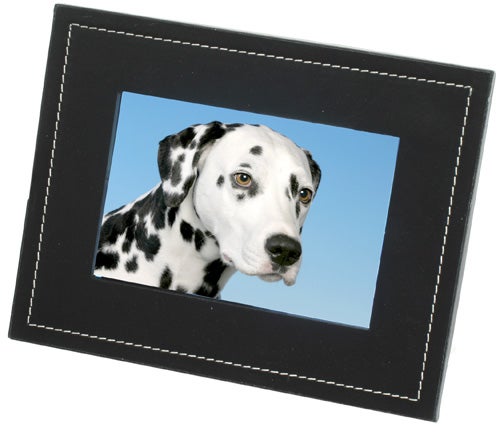 Our review sample has the Black Ivory finish, which seems to be least offensive of all the liveries. It’s by no means as stylish as the Philips, but the white stitching on black leather has a homely feel that isn’t unpleasant. That said, as looks go I’d still opt for the Philips every time – and that applies to all the different styles available too.


Dimensionally this 7in version is certainly larger, though the screen isn’t quite as large as advertised since it actually has a diagonal measurement of 6.5in. Overall dimensions are 222 x 176 x 22mm, and the unit weighs in at 490g.


The Parrot sports a 720 x 480 resolution screen, and can display up to 262,144 colours. Internally there’s also a motion sensor, and the viewer will automatically adjust images to suit either a portrait or landscape aspect. 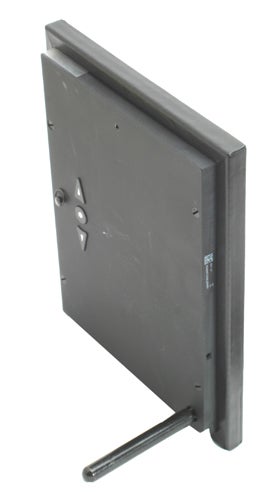 Viewing angles, which are certainly important in this kind of product, aren’t too much to write home about. When in landscape mode the horizontal viewing angles are acceptable, but on the vertical plane they’re especially poor and this is a problem when in portrait mode.


Happily, apart from the average viewing angles it’s quite a decent screen looking bright and crisp even when sat next to the Philips Photo Frame.


Unlike the Philips, which has a built-in stand that rotates, the Parrot Photo Viewer relies on a metal rod which screws into the back of the device. Since this is tactically placed in a corner this does allow it to be put in landscape and portrait positions, but it isn’t an especially stable solution and the viewer is easily knocked over by a slight brush or knock.

Just like its predecessor this is a Bluetooth enabled photo viewer, and it’s certainly a feature worth praising. Like many, I enjoy taking photos using my mobile phone – often snapping amusing headlines from newspapers while buying lunch at Sainsbury’s – and transferring photos onto the Photo Viewer is a very simple process.


Once you’ve searched for the Photo Viewer all you have to do is enter 0000 as the PIN and you can begin sending images to the device. The Photo Viewer uses Bluetooth 2.0 with EDR, and has a range of ten metres so you shouldn’t have too many problems with range.


Naturally you can transfer photos using almost any Bluetooth enabled device, whether it is a mobile phone, PDA, notebook, or PC. Unfortunately Parrot hasn’t had the foresight to include a USB Bluetooth module for those with PCs or notebooks without Bluetooth integrated, and this would certainly be of benefit to PC users who are less likely to have Bluetooth.

Of course, you could buy one separately – and Parrot is just one company who manufactures such things – but a bundled Bluetooth adapter wouldn’t have added too much to the cost, and it would add a great deal of straight out of box value to the package.


This isn’t the only oversight either since – once again – Parrot has chosen not to include any memory card slots. It’s dedication to all things Bluetooth is admirable, but there are several very strong arguments to be made for having memory card slots on a device such as this.


It’s not hard to imagine a vast majority of people wishing to simply take photos from their camera’s memory card, and put them straight onto a photo viewer. Since Bluetooth is the only connectivity provided you have no choice but to transfer photos onto another device first; an unnecessary imposition.


It isn’t, however, all doom and gloom for the Parrot Photo Viewer and it has at least addressed one problem common in this market – stingy internal memory. There’s 128MB of internal memory, which allows for around 500 photos to be stored at any one time. 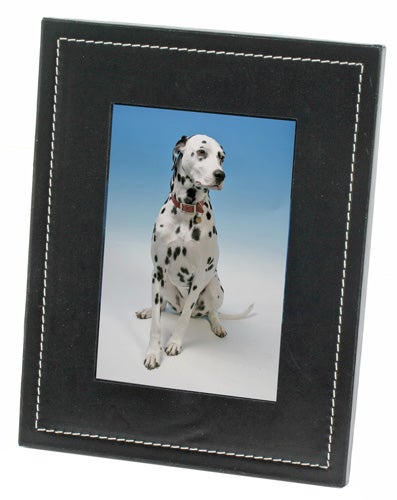 This is a significant improvement over the Philips Photo Frame range that only features 18MB of internal storage – although the memory card reader of the Philips certainly alleviates this issue to a significant degree.


For most purposes, however, 128MB is probably sufficient so one needn’t worry too much about running out of space for your photos.


The main saving grace of the Parrot Photo Viewer is, however, the interface. Situated on the back are three navigation buttons, with two triangular movement buttons and a circular menu button. These are a nicely situated, and it’s very easy to differentiate between each button by touch alone.

The menu button brings up a set of icons along the bottom of the screen, allowing you to rotate and select pictures, customise slideshow options, arrange and delete pictures or define further settings.


It’s not as feature rich as the Philips, but this does make it easy to use and is certainly a factor worth considering. Unfortunately it lacks one very useful feature: albums. Although you can arrange the order in which your photos are displayed you can’t organise them into albums, and this is a disappointing failing. 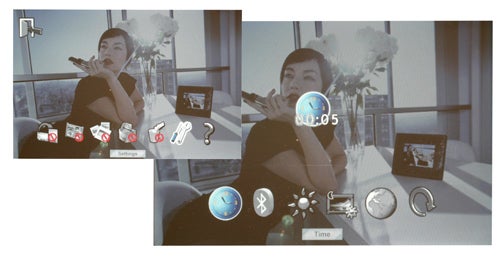 It does maintain some further features you’d normally expect, with a standby mode for automatically turning the device on and off – naturally there’s a clock too to make this feature work.


For all this ease of use, however, it’s difficult to get away from the fact that you can get the 7in version of the Philips Photo Frame for £120 – only marginally more than this 7in Parrot Photo Viewer. And for that money you get all the same features of the 9in Photo Frame, including the memory card reader that the Parrot lacks.


Though the Parrot Bluetooth Photo Frame has its benefits, the lack of a memory card reader and the less appealing design make it pale in comparison to the more stylish, better featured, Philips Photo Frame. Bluetooth is a fun convenient feature, but you’ve got to want a photo viewer specifically with Bluetooth to choose this over the Philips.