Making a MOBA game is like baking a cake – the slightest deviation from the recipe and the final product ends up flat, overpowering, or simply inedible. Although I’ve thoroughly enjoyed the slices of Paragon I’ve devoured during its closed alpha, it’s flavour has occasionally fallen closer to Victoria sponge rather than seductive red velvet. Epic Games has spent a great deal of time, as it should do, refining the game’s fundamentals, but as I discovered while meeting the team in Berlin last week, Paragon is about to enter a new phase of development: the cherry on top.

Players entrenched in the game’s access have been clamouring for features that come as standard in League of Legends and DOTA 2, but which have taken a back seat to the important task of game balancing. One of the most important items on this wishlist is draft mode, which Epic is finally introducing in an upcoming patch. Team composition has been a consistent gripe for the community. In the game’s live version, players are lumped together algorithmically after they have chosen their hero, leading to squads of five glass cannons or groups that lack necessary damage. It’s impossible to adhere to the mantra of ‘carry, support, tank, mage, bruiser’ which for most MOBA players is enshrined in stone. 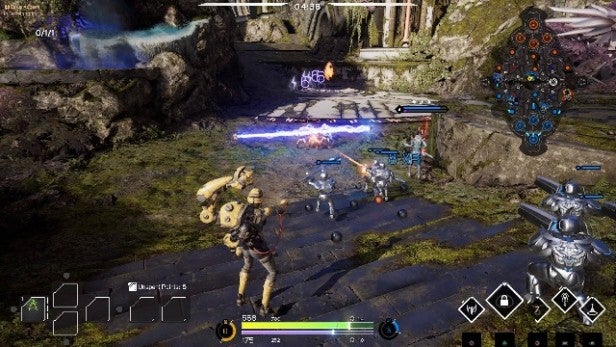 After sampling draft mode up close and personal, it’s immediately obvious how dramatically the simple feature moves Paragon toward the place it needs to be. Launching into a match thinking about how you and your teammates must cooperate and synergise is far more condusive to a harmonious, tactically focused match than being lumped in with others who simply want to play their favourite hero. In Epic’s defense, part of the problem in implementing draft in months past was the modest size of their roster – thirteen to begin with. When the choices were so few, draft mode made little sense. Now that figure stands at seventeen, which makes a colossal difference to the game’s complexity and potential for interesting counterplay. 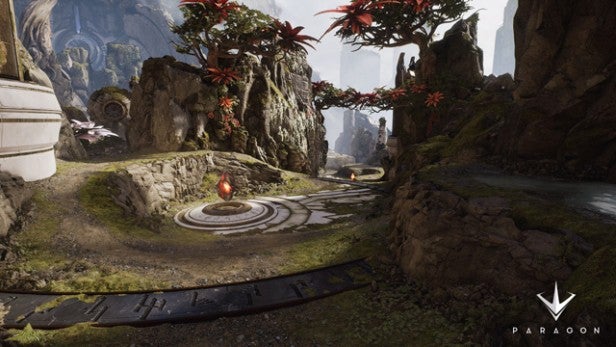 Very soon that number will stand at eighteen. During my playtest I also sampled Paragon’s newest addition to the roster: Khaimera, a melee duelist who survives fights using his ever-increasing health regeneration. Much like Sevarog, and Riktor before him, Khaimera fills a specific tactical niche in the roster, in this case, leapfrog-style assassination with his ability to pounce on targets from a distance. I certainly wouldn’t call this hero the developer’s most creative work yet, Khaimera’s mechanics are far from original, but he’s another piece of the puzzle which Epic hopes, will allow them to accommodate substantial, complex play. 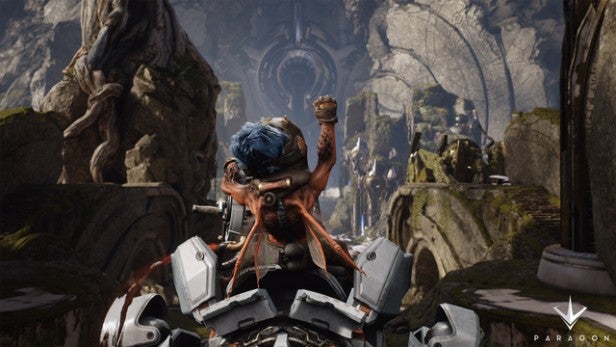 New heroes are, however, just the tip of the iceberg when it comes to Paragon’s continuing development. The currently unreleased build of the game which I got my hands on feels a world away from the game of two months ago. Dramatic shifts in CXP behaviour and critical chance calculations have transformed the plains of Agora from a place where rangers ruled the roost, to a more egalitarian battlefield where tanks and mages can also make their mark. It’s no longer the case that Murdock can simply walk up to another hero, and with two blasts evaporate them, nor can teams roam as group of five to Hulk-smash to victory. The result: a more cerebral, and enjoyable experience.

Some of these changes have already made their way to the live servers, but Epic’s crosshair is now firmly focused on a future development goals before the game’s presumed release later on this year. First up is the issue of map-wide mobility. The team feels that the current travel mode allows players too much scope to be in all places at all times. My own experience in the solo queue confirms this: deathballs can move from lane to lane with impunity, catching out any players who dare to push toward a tower thinking that the opposition is stuck on the other side of the map. 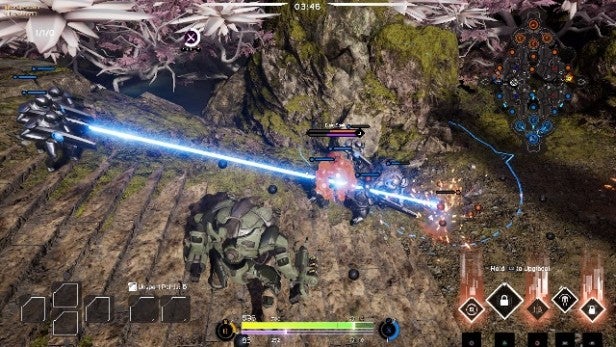 The proposed solutions, none of which are set in stone, are several fold. Firstly, travel mode speed is be decreased to the point where moving from left to right lanes still takes a substantial amount of time. Secondly, the recall function is to be replaced with a global teleport on a medium-length cooldown which allows players to periodically jump to allied structures. The hope is that this way teams will be able to tactically bait out the opposition’s teleports, and then capitalise on their lack of flexibility afterwards.

Of course, League of Legends has possessed such features for a long while, as has DOTA 2, along with draft mode, ranked mode, and a bunch of other features which Paragon will be adding over the coming months. Epic is playing a colossal game of catchup by attempting to achieve parity with games which have been granted over half a decade to carefully layer their complex mechanics. 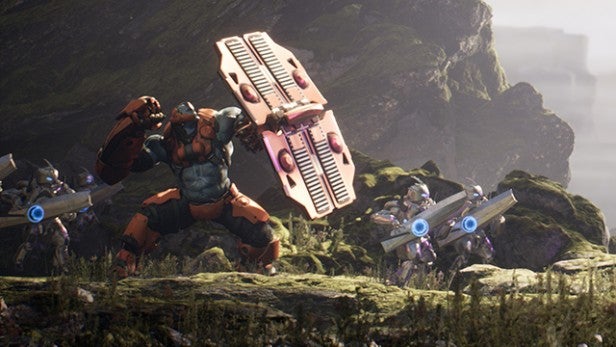 Thankfully, it appears that for the moment the team is keeping an open mind and adopting a creative, rather than mimetic approach to their problems. One such example is the potential addition of drop pods that would allow players to purchase items in the field, rather than having to recall to the core. Players would have to wait a period of time for the items to drop, and then defend the pod, as its destruction would put the ability on a long cooldown. As the team iterated to me again and again, each of the changes they will be implementing over the coming months are focused on ‘play and counterplay’, the magic sauce that makes MOBAs so irresistible, and something Paragon has struggled with since the launch of its closed alpha.

But the sad truth of the matter is that mechanical depth can only take a game so far these days. In order to find a community and keep them, any developer is now expected to offer the comforting perks of a five star hotel. Players want to feel cared for. In response, Epic is trying attempting to be as open as possible in communications and reward player investment. For example, account history from the closed alpha will be carried forward into the full release. As the game includes no ranked mode as of yet, this will only pertain to hero mastery and skin acquisition, but the company is well aware that a MOBA is made, or broken, on the loyalty of its customers. 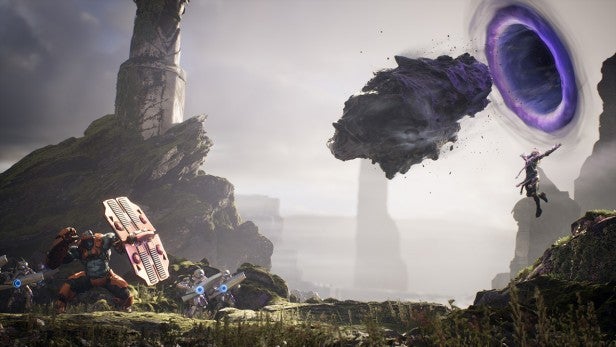 Paragon will be entering its pre-release open beta on August 16th, where PS4 and PC players can sample the game for free. The official release date is yet to be announced, but we will be updating this preview after the beta and look forward to reviewing the full game when it is finally out. Much like Overwatch, it’s likely that the game’s ducks will all be in a neat row by the time; the open phase will be used to stress test servers and give people a taster of what’s to come. The game is evolving at a terrifying rate, but each step forward has been, so far, a considered one. Epic isn’t even yet considering the prospect of Paragon as an esport because for them, it’s just too far in the future. It’s an admirable approach that puts what matters first: fun.

Of course, there’s still a lot of work to be done before Paragon can truly stand next to its peers in terms of its breadth of features, or even its selection of heroes, but if Epic continues along its current path, I’m excited to see what lies in store for the world’s newest MOBA.