Paradigm Shift is a name you probably haven’t heard of, but it’s all about audio. It produces speakers, earphones and headphones – and all the gear we’ve seen looks pretty swish. As part of home cinema speaker maker Paradigm, the heritage is there too. Always keen to back the underdog, we had high hopes for the Paradigm Shift E1. However, the neat design is spoilt by questionable construction and a fuggy sound.

Design
Paradigm Shift is clearly a company that knows about the importance of first impressions. Finished in cool-looking matt black and boasting a sorta-sensual curvaceous design, the E1 earphones don’t look boring or budget. They’re made of plastic primarily, but each bud is capped with a metal plate that could convince you otherwise, being the bit you grip most frequently. 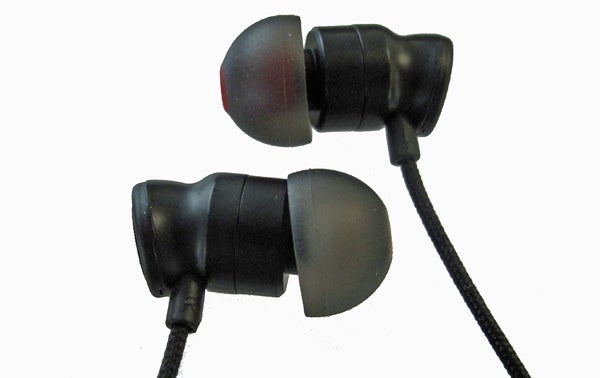 This backplate is also where the logo sits. The stark combo of this large silvery symbol and the surrounding black makes these earphones seem rather more urban than better-known rivals like the Sennhsier CX 880. A comparison to Dr Dre.’s Beats headphones is one we make fairly often these days, but here it’s a positive for once. The Paradigm Shift E1 seem a more tasteful taken on the design of the iBeats.

Using smoky, translucent rubber tips with a coloured central tube is the final icing on the cake. They look great, if you’re after earphones with a slightly youthful vibe. 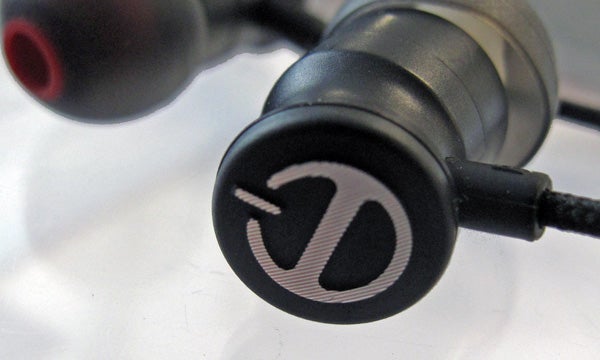 Paradigm Shift wants us to believe this aesthetic attention to detail has bled into build too. The cable has a braided fabric sheath and metal armour protects both the jack plug – a straight 3.5mm one – and the point where the Y-shaped cable joins-up. However, we’re not convinced.

Within a few days, the glue keeping the metal housing on the jack had failed, making it fall off upon trying to yank the cable from our trusty iPod Classic. Occasionally mishaps mean review products get unintentionally damaged, but nothing had happened to the Paragidm Shift earphones. We can only conclude that they’ve either used the wrong soft of glue, or haven’t undertaken a strict enough QA process. Possibly both.

Comfort and accessories
Apart from this – admittedly serious – issue, the Paradigm Shift E1 are perfectly pleasant to use. The mixed plastic-metal build keeps the earbuds light, attaining a decent fit is easy and quick, and they are comfortable. The cable is prone to tangles, though.

For those after earphones to use with a smartphone, there’s no control housing and no handsfree kit. These are basic earphones – if you want more advanced functionality you have to upgrade to the Paradigm Shift e2m, £99, or e3m at £129.

The accessory package is also minimalist. You get a little felt case and three sets of isolating rubber tips, which provide decent but unremarkable noise isolation.

Sound quality
The Paradigm Shift E1 earphones make a good impression once you first look at ’em, which falls apart after a few days once they – well – start falling apart. But what really ruins these earphones’ chances is sound quality.

Only rarely do we hear earphones that have a more muffled-sounding and muggy mid-range than these E1 buds. They can leave singers sounding as if they’re crooning from under the covers, and make arrangements sound congested and muddled. 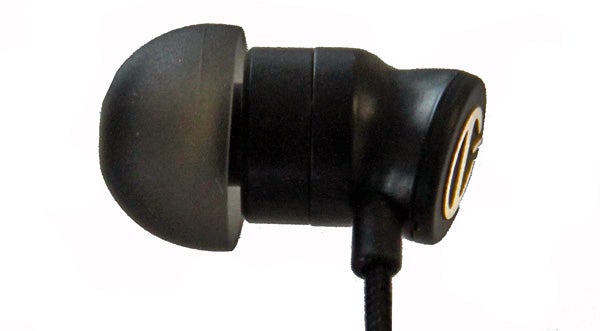 This bloat isn’t in the very lowest of registers, though, There isn’t the disastrously boomy bottom-end so often associated with style- and urban-focused earphones, but the effect is similarly off-putting when slid up the frequency spectrum a notch. It robs the sound of clarity, definition and any sense of expansiveness it might otherwise muster. The presentation is a flat wall of audio that, while not without impact, is largely without insight and musicality.

The worst part is that we could swear if these earphones were tuned slightly differently, they’d sound good. It’s hard to be sure through the swamp-like low-mid murk, but we could swear there’s a good pair of earphones fighting to get out of the E1s somewhere, with reasonably smooth treble to be heard if you squint hard enough (with your ears, that is). There’s a decent width to the soundstage too. 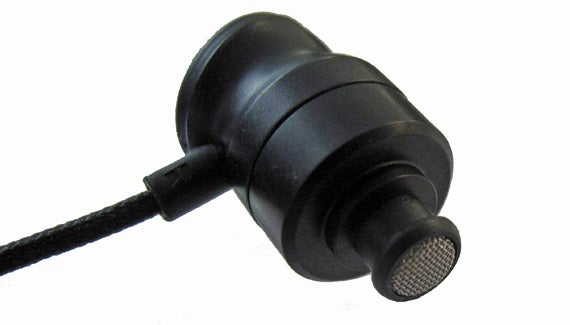 However, as is it’s as if someone has accidentally pushed a fader way up accidentally, upsetting the sound so much that it’s difficult to think of as anything but plain wrong. With music that’s all top and bottom end, such as the electro-beat pop of The Presets, the muddying effect is less pronounced, but as a whole the Paragidm Shift E1 are significantly outperformed by less expensive better-known, better-balanced sets such as the Sennheiser CX300 and Jays a-JAYS One.

At £49, we can think of almost no reasons to buy these earphones, other than that they look quite nice.

Verdict
The Paradigm Shift E1 earphones look good, and feel hardy thanks to the metal backs of each bud. However, they don’t appear to be particularly well-made and an ill-balanced, muddy sound means they are bettered by headphones available at half the price.