As new brand names go, we can’t help but think that Pangoo isn’t one of the best. It sound’s like it’s come from some distant and obscure far Eastern factory a million miles away from the gleaming futuristic facilities employed by the likes of Sony, Samsung, Panasonic and LG.


In other words, the Pangoo name brings back shudder-inducing memories of some of the ‘c-brand’ TV horror stories we’ve found being flogged for peanuts on supermarket shelves over recent years. 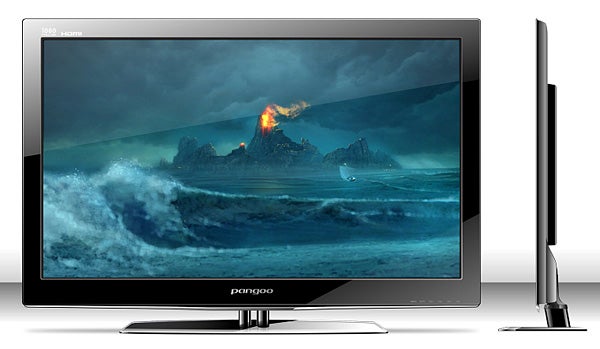 Thankfully, however, while Pangoo’s LE-32S700F might not exactly be god’s gift to TV, nor is it the depressing nightmare our name-induced prejudice had led us to expect.


Pangoo is actually a very large company in its native China, having sold TVs there – and, curiously, in Australia – for quite some time. In fact, it’s apparently made screens for other brands to use for many moons too, so the LE-32S700F arrives on the back of much more experience than you might expect from a brand you’ve most likely never heard of before.


What’s more, the 32S700F carries a startlingly strong message of intent. For despite costing just £550, rather than the bog-standard CCFL LCD technology we would expect from such a cheap TV, its 32in frame sports that buzz technology of the moment, edge LED lighting. 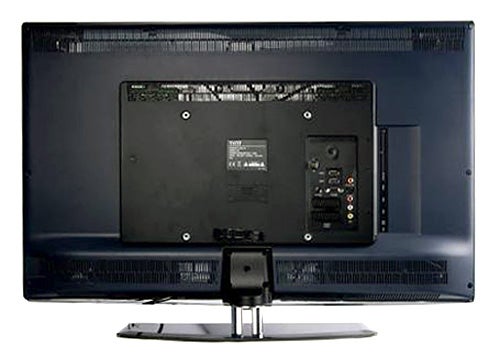 As a result, it’s remarkably thin for a 32in set; just 38mm from front to back once removed from its supplied desktop stand. This skinniness helps it sport a design that’s a marked cut above the usual budget look, with a pleasingly glass-like finish, a nifty transparent sliver within the bottom edge, and severely angled-back sides that emphasise the set’s slimness very pleasingly.


The set rises above budget expectations, too, with its connectivity, thanks in particular to the provision of three HDMIs when we might realistically only have expected two. It’s also got a D-Sub PC port, and even, most surprisingly of all, a USB socket through which you can play MP3s, JPEGs and even some types of video files.


Another shock is in store with the 32S700F’s picture processing – as in, it actually has some! For you get 100Hz processing designed, as ever, to reduce LCD’s common problems with judder and resolution loss when showing moving objects. Impressive.

Heading into the set’s onscreen menus, though, provides a reality check. For the shortage of picture tweaks and options available is pretty startling. There isn’t anything here beyond what you’d expect to find on the most utterly basic of TVs. In fact, features are in such short supply that we ended up feeling relieved that the set at least managed to carry a Freeview tuner!


Oh well; there’s always the hope that the pictures will be sufficiently good in their ‘native’ state not to actually require much tweaking from us anyway.


In some ways – against the odds – this is actually true. We were immediately struck, for instance, by the set’s exceptional colour vibrancy. Colours of all hues and tones are driven off the screen with intensity, making the 32S700F’s pictures among the most immediately eye-catching we’ve seen at the 32in level. Honestly. 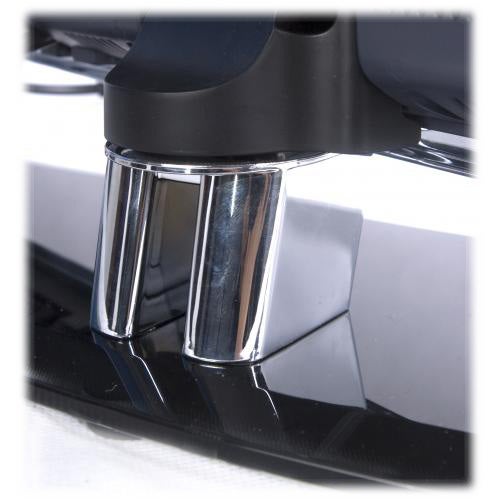 Playing a hefty part in this is the massive brightness Pangoo has managed to get from its edge LED system. The light is so extreme, in fact, that it almost makes pictures look luminous, something that oddly makes them look slightly three-dimensional – even though the set most definitely does not include 3D playback!


Not surprisingly, the brightness and richness of the Pangoo’s pictures might appear tailor made for a bright second room environment like a kitchen or conservatory. However, the picture’s raw aggression does come with conditions attached, as we’ll see in a moment.


Before that, though, there’s one more bit of good news. Namely that the set does better than many affordable 32in rivals when it comes to handling motion, suffering less with resolution loss and smearing than we would have anticipated.


We’re certainly not saying that there are no motion processing problems at all; there are. Including a few processing glitches from the (sadly not adjustable) 100Hz processing. But it’s certainly not bad overall for such an affordable and small edge LED screen.

Now, though, we come to the prices you have to pay with the 32S700F for all that fearsome brightness and colour saturation.


The first and easily worst problem concerns the consistency of its backlight. For it’s impossible not to notice, during dark scenes, the very clear patches of higher brightness in each of the screen’s corners. These spill into the picture a good few inches, and can be distracting when you see them.


Happily, they’re not visible during bright content. But then how many dramas and films have you watched – aside, perhaps, from one or two animated films – that don’t feature any dark scenes?


It has to be said, too, that the set’s black level generally is only rather average. There’s definitely some greyness hanging over parts of the picture that ought to look black. 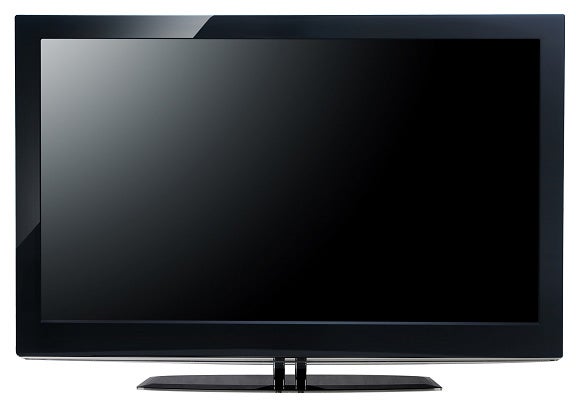 You can, of course, improve both the greyness and the backlight inconsistency situation if you really push down the 32S700F’s brightness setting. But neither issue ever disappears entirely. Plus we were loathe to reduce the brightness too far, for that took away the set’s most attractive feature.


Other lesser problems include a limited viewing angle (nothing unusual about that with LCD technology, of course); slightly noisy standard definition pictures; and the fact that the set’s colour intensity can lead to one or two rather unnatural-looking tones – especially given that the set’s general colour balance doesn’t seem tuned to a particularly European taste.


Despite their flaws, though, there are enough positives about the 32S700F’s pictures to suggest that Pangoo could be a brand to watch in the coming months.


The same, alas, cannot be said of its sound. For its speakers are strikingly weak even by the usually uninspiring standards of the 32in LCD market. A total lack of anything you could call bass leaves the soundstage extremely unbalanced in favour of the treble end of the spectrum – a situation not helped by the fact that even the set’s mid-range performance lacks dynamic range and potency. The set just about sounds OK with simple ‘daytime TV’ chat shows and the like, but it’s totally unconvincing with anything more demanding.


There’s something very appealing about the idea of being able to get a design-led 32in edge-LED TV for just £550. Especially when that TV somehow chucks out brightness and colours of attention-grabbing intensity. But the surface appeal is inevitably dented, in particular, by the set’s backlight consistency problems and below-par audio performance.