With Panasonic’s 3D TVs having apparently been delayed by a week or two, we thought we’d fill the slot this week where we’d hoped to bring you a review of one of Panasonic’s VT20 3D models by looking at the brand’s 50in P50G20B instead.


This model sits squarely in the middle of Panasonic’s new plasma range, yet actually it feels more like a high-end model in many ways.


Our reasons for saying this kick off with its tuner situation. For its HD broadcast cup truly runneth over thanks to its carriage of both Freeview HD and Freesat HD tuners. Panasonic is the only brand we’ve seen so far offering both free-to-air HD broadcast platforms on a single TV.


Also potentially hugely important to the P50G20B is the panel technology at its plasma heart. For it’s built using the brand new version of Panasonic’s NeoPDP technology – a revision of last year’s NeoPDP debutante that seems to improve on the original in just about every department. The phosphors are better, the discharge gas is more efficient, there’s a new filter in the screen, and even the core cell structure has been altered. Which is all pretty exciting considering how impressed we were even by last year’s NeoPDP system! 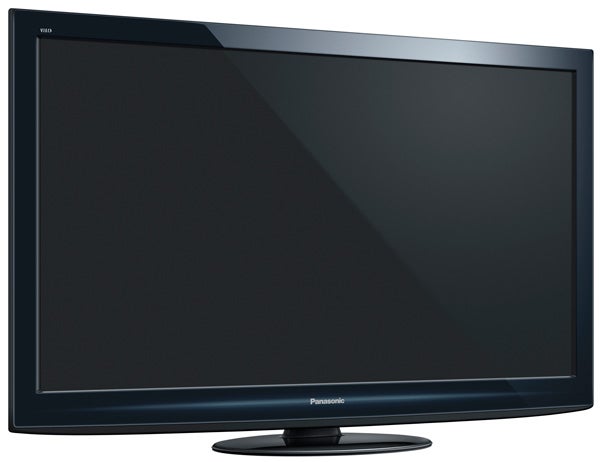 Another ‘premium’ aspect of the P50G20B is its built-in recording feature. This allows you to record video from the set’s HD tuners onto a USB hard disk drive attached to one of the set’s two USB sockets. And since the system records the direct digital bit-stream, the recordings the TV makes are seemingly identical in quality – in HD or standard def – to the original broadcasts. Excellent.


The ISF, if you’re not familiar with it, was set up to offer serious AV consumers with an easy way of improving the picture quality of the TV or projector they’ve just splashed so much cash on. All you have to do is contact the ISF, and provided your TV or projector is deemed flexible enough with its adjustments (the P50G20B crucially adds a decent colour management system to its menus versus last year’s G10 models), an ISF engineer can be paid to come round and professionally calibrate your screen to deliver the optimum picture quality for your room.


It’s actually long overdue, in our opinion, that a brand as accomplished as Panasonic got involved with the ISF, as the sort of astute buyer likely to home in on one of its step-up plasma models seems just the sort of person who might be interested in investing a bit more to get the very best out of their screen.


Other attractions include Panasonic’s 600Hz processing; four HDMIs (of which one is a v1.4 affair, offering an audio return channel); video, photo and music playback from both SD cards or USB storage drives; optional Wi-Fi functionality via a sold-separately USB dongle; and an Ethernet port permitting wired access to Panasonic’s VieraCast online service, as well as a means of accessing content on DLNA PCs, or potential future services that might launch on the TV’s HD broadcasting platforms.


We can’t be specific on what these interactive broadcasting services might be, but it’s a pretty safe bet to say that the BBC and ITV players will be among them eventually.

If we had to be picky with the P50G20’s feature count, we’d have to say we were disappointed by how few USB HDDs seem to be compatible with the TV’s recording system. None of the drives we already owned did the job, and the only models recommended as guaranteed to work by Panasonic are Buffalo’s latest JustStore Desktop HD-EU2-UK series.


But this aggravation is quickly overwhelmed by our exceptionally positive reaction to the P50G20B’s picture quality – especially with high definition material.


Fed ”Avatar” on (no, not the 3D) Blu-ray, the image positively brims and sparkles with cinematic confidence. As usual with Panasonic plasmas, the main reason we say this is that it delivers such exceptional black level response. There’s practically no trace at all during the dark interior lab scenes of the greyness that underpins black colours to some extent on practically all rival technologies, leaving such scenes looking rich, dynamic, layered and natural.


Even better, since the P50G20B can deliver its inky blacks without having to sacrifice brightness to anywhere near the same extent LCD TVs have to when they try to do dark colours, the screen is able to present exceptional amounts of shadow detail, so that dark scenes avoid that ‘empty black hole’ appearance so commonly seen on flat TVs. 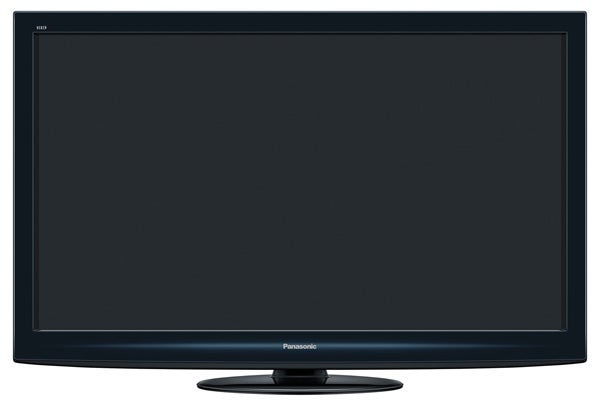 The P50G20B is also a polished presenter of fine detail generally, thanks to a combination of factors. First, its Full HD native resolution in conjunction with its accomplished video processing engine ensures that every pixel of data is transferred to the screen without distortion or fuss, and without being accompanied by processing noise – so long, at least, as you’re careful not to set the TV’s Intelligent Frame Creation and 24p Frame Insertion processors too high.


The image’s sharpness also owes much to the screen’s near-immunity to motion blur, especially with the 600Hz engine doing a more than solid job of reining in the sort of judder that’s traditionally been one of the few serious weaknesses of Panasonic’s plasma screens.


This is particularly true with HD footage from the tuners or our ”Avatar” Blu-ray, the colours of which really do look superbly credible and subtly rendered. However, standard definition images improve, too, with far fewer serious colour ‘slides’ than we noted with some of last year’s Panasonic plasmas.


Yet more good news finds the P50G20B’s pictures retaining all their contrast and colour over a much wider viewing angle than the vast majority of LCD-based screens could even dream about; a generally higher level of brightness than the majority of plasma screens can boast; and far fewer on-screen reflections than we’ve seen with many previous Panasonic plasmas.

There are still things we’d like to see Panasonic improve for its next (presumably) G30 range, of course. These start with their design, since the P50G20B is looking disappointingly drab and old-fashioned compared with the latest efforts from the likes of LG, Samsung and Philips. 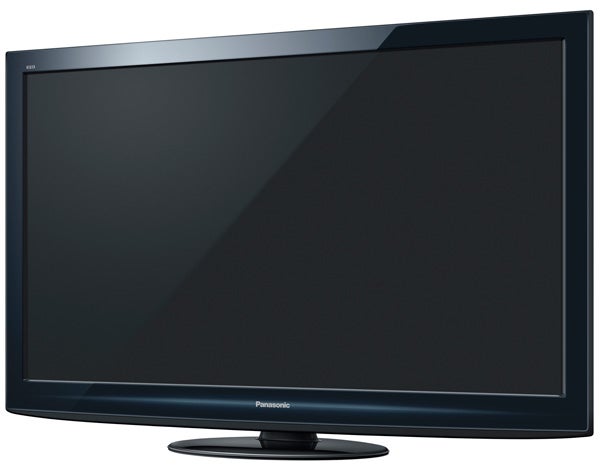 We’d also like to see a little more content appearing on the VieraCast platform, which certainly looks rather content-light compared with Sony’s latest Bravia Internet Video engine. There’s still room for even more improvement with the set’s standard definition pictures, too, which could look a touch crisper and more consistently coloured. Sound could have a bit more potency as well, and it would be nice if Panasonic finally got rid of the last low-level traces of its plasmas’ tendency to show a little fizzing noise over horizontally moving skin tones. But many of these ‘niggles’ are really quite minor.


Until the perfect TV comes along, we can only ever talk about the balance of strengths versus weaknesses when trying to review a TV. And in the P50G20B’s case, its strengths – especially with Blu-ray – look positively mountainous compared with its weaknesses.


Panasonic’s latest NeoPDP technology moves the brand’s plasma case forward so far so fast with the P50G20B that it’s impossible not to think that we’re seeing the most obvious fruits yet of Panasonic’s 2008 deal with Pioneer.


There are still people who might prefer the glamour and extra aggression of some of the best LCD TVs around, but for serious movie fans – especially those with viewing angle issues – the P50G20B is brilliant.