With Pioneer’s Kuro models no longer available it looks like you need to turn your attention to the latest incarnation of Panasonic’s NeoPDP technology if you’re looking for the current state of the art plasma TV.


As found in Panasonic’s new plasma range from its G20 series upwards, the latest NeoPDP engine introduces a really extensive suite of improvements to anything Panasonic has managed before. For instance, there’s now a new filter built into the screen structure for reducing reflections and increasing discharge efficiency; new improved phosphors have been introduced to boost colour reproduction; and the gas used in each plasma cell has been made more efficient.


In fact, Panasonic has pretty much reinvented the wheel in terms of its plasma cell design. And as confirmed by the 46in G20 model we’re looking at today, the results of all Panasonic’s efforts really are very impressive.


Not that the P46G20 gets off to a particularly great start. For the set sadly sports the same rather dated-looking, mostly black (with, here, a touch of blue) chassis we’ve moaned about for at least a couple of Panasonic generations now.


Its rear is actually more attractive than its front, thanks to the appearance there of a pretty substantial set of connections. Four HDMIs lead the way, one of which is built to the v1.4 specification so that it can offer an audio return channel with suitable AV receivers. 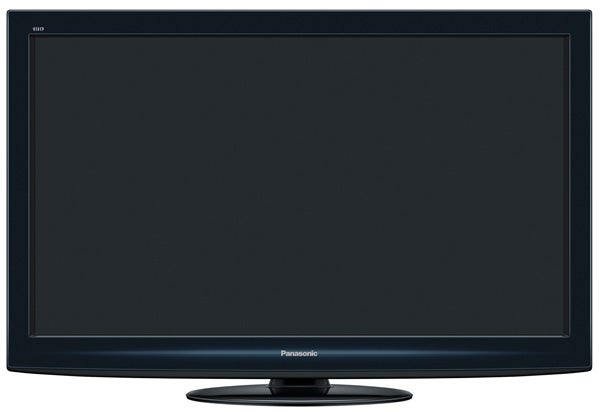 Arguably more noteworthy, though, is the set’s carriage of a satellite LNB connection as well as the more predictable RF input. This LNB input is there because, in keeping with all Panasonic’s mid-range to premium plasma sets, the P46G20 carries a Freesat HD tuner as well as the more expected Freeview HD one.


This might seem like unnecessary repetition to folk lucky enough to live in an area of the UK able to receive Freeview HD broadcasts. But for large tracts of the UK, the Freesat HD tuner will represent the only free-to-air way of getting HD broadcasts for quite a few months, at least.


As we’re coming to expect of relatively high-spec TVs from the big brand names, the P46G20’s connections include plenty of multimedia support too. Particularly significant is an Ethernet port, which has no less than three purposes. First, it’s there as part of the Freesat HD/Freeview HD spec, so that the platforms can provided potential future interactive services.


Second, it can be used to connect the TV to a DLNA PC, for streaming in photo, music or video files you might have stored there.


Finally, it can be connected to your router, so the P46G20 can get online with Panasonic’s Viera Cast ‘Internet’ platform. This ring-fenced corner of the Web houses a decent amount of content and features these days, including Skype, the AceTrax movie streaming rental/purchase site, Eurosport News, access to your Picasa photo web albums, Twitter and YouTube.


There’s no getting round the fact that some rival platforms offer slightly more content, but Viera Cast will doubtless grow in the coming months, and also features an unusually simple and effective interface.

The P46G20’s other multimedia jacks comprise a D-Sub PC port, an SD card slot for direct playback of multimedia files stored on SD cards, and finally two USB ports. These USB ports can play multimedia files, as you would expect, and allow the TV to go Wi-Fi if you stump up extra cash for Panasonic’s USB Wi-Fi dongle. More unusual, though, is the way the TV lets you record from the HD tuners to a USB HDD drive – provided that drive happens to be one of Buffalo’s JustStore Desktop EU2 models!


The recordings made using this system are excellent – as you’d expect considering that the TV simply records the direct digital bitstream.


As we’ve noted in other G20 series reviews, the P46G20 finally sees Panasonic getting up to speed with the calibration needs of today’s discerning consumer by adding a colour management system. It’s not exactly the most comprehensive colour management tool in the world, but it does the job, and in conjunction with other tweaks like a gamma adjustment has proved sufficient to bag the TV endorsement from both THX and the Imaging Science Foundation (ISF). 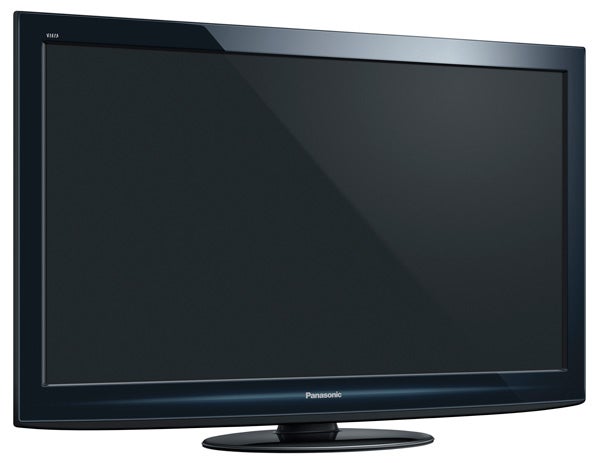 Other key features of the P46G20 include a Full HD resolution, a huge claimed contrast ratio of 5,000,000:1, Panasonic’s Intelligent Frame Creation (IFC) system for calculating new frames of image data, and Panasonic’s 600Hz sub-field drive, which pulses the plasma cells faster in a bid to improve image stability, richness and fluidity.


Panasonic’s plasma TVs used to be the leaders of the pack where contrast was concerned until Pioneer rustled up its Kuro masterpieces. But with Kuro dead and the latest NeoPDP system in play, the P46G20 confidently reasserts Panasonic’s claim as the producer of the most convincing contrast performance currently available in the TV world – at least when it comes to reproducing a credible black colour.


Dark material such as the Xbox 360’s ”Alan Wake” or the night time scenes in ”Avatar” (the Blu-ray, not the rubbish console game) looks not only completely convincing but also unusually immersive, thanks to both the naturalism and depth of the P46G20’s reproduction of black, and the amount of shadow detail the screen produces.


This latter achievement is particularly striking versus the majority of LCD/LED models, which have to reduce their brightness in order to reproduce a good black colour, and in doing so can ‘crush out’ significant amounts of the sort of subtle grey and muted colour detail that helps give dark scenes a sense of depth.

There’s yet more excellent black level news too, in that unlike the vast majority of LCD/LED TVs, the P46G20 does not see its dark bits turning grey if you’re forced to watch its screen from a wide angle. You have to be almost at right angles to the P46G20 before any severe contrast – or colour – degradation sets in.


We’ve occasionally had cause to moan about some slight colour tone issues with previous Panasonic plasma generations. But the NeoPDP revamp seems to have largely put these issues to bed, with the vast majority of tones looking both rich and natural. There’s still very occasionally a minor green bias during dark scenes, but reds now look consistently red rather than orange, and greens are generally far better balanced. This is especially true with HD, but there’s also much less of a colour tone drop-off when moving to standard def than we’re prone to seeing with non-NeoPDP plasma TVs. 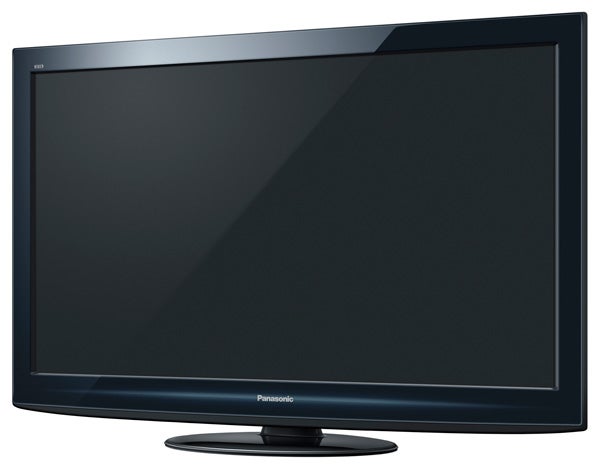 The P46G20’s impressively expressive approach to colour combines with the purity of Panasonic’s V-Real 5 video processor and the screen’s Full HD resolution to produce a superb sense of definition and clarity when showing HD material. A fact reinforced by the fact that plasma technology doesn’t suffer with the sort of motion blur/resolution loss that LCD technology does.


Really the only picture quality complaints we can muster – especially considering the P46G20’s extremely aggressive £1029 price – are that there’s a little dotting noise from time to time over skin tones during camera pans, and occasionally minor evidence of colour banding within subtle colour blends. Otherwise it’s all very good.


The P46G20’s sound isn’t as stellar as its pictures, but it’s perfectly acceptable, delivering enough power, dynamic range and clarity to produce a soundstage able to do the scale of the 46in pictures justice. A more open sound and deeper bass would improve things, but that’s the very least that can be said, too, of the vast majority of other flat TVs on the market.


The P46G20 continues what is becoming a long stream of successes for Panasonic’s latest plasma range. In fact, with its combination of a reasonably practical size, typically excellent picture quality and seriously aggressive pricing, we have a suspicion this could prove to be the most popular model yet.