Panasonic’s new plasma range has already caused a stir here at TrustedReviews with the terrific mid-range 50in P50GT30. So it’s fair to say we’re pretty excited by the arrival of the P42VT30, since the VT part of its name means it belongs to Panasonic’s new flagship plasma range, and so will hopefully turn out even better than its cheaper sibling.

First impressions are good, as heaving the P42VT30 out of its box reveals that it’s extremely well built by today’s standards, weighing a ton and feeling like it’s been hewn from a single block of metal before having a big glassy top-sheet slapped across its front.

The top sheet runs over both the screen and the bezel, meaning Panasonic has finally delivered one of those ‘one-layer’ fascias that seem so fashionable these days. 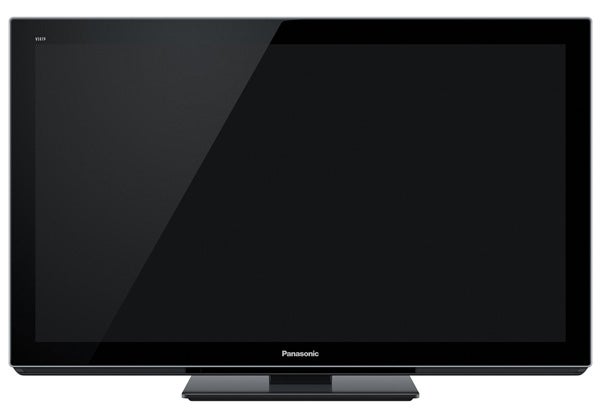 Behind the P42VT30‘s slinky exterior lies Panasonic’s NeoPlasma technology. We covered this during our P50GT30 review, so we won’t go over the same ground in detail again. All we’ll say here, briefly, is that NeoPlasma TVs use a new, faster-responding phosphor material; slimmer ribbing between plasma cells to boost brightness and efficiency; a reduced plasma discharge level; and a new ‘louver’ filter to reduce ambient reflections and boost image brightness.

There is one extra element to mention given that we’re looking at the P42VT30 instead of the P50GT30, though: the marvellously named Fishbone ITO. Only used on models smaller than 50in, the Fishbone ITO is a new design for the structure of the electrodes used to address each plasma cell. The ITO bit stands for indium-tin-oxide, which provides a highly transparent electrically conductive surface when attached to a glass substrate.

Before going any further, it’s probably worth detailing the ways in which the VT30 series differs from the GT30s. The most potentially significant difference is the inclusion in the VT30s of an extra high contrast filter. Given how outstanding the contrast of the GT30 models was, the prospect of what this extra VT30 filter might do is mouth-watering. 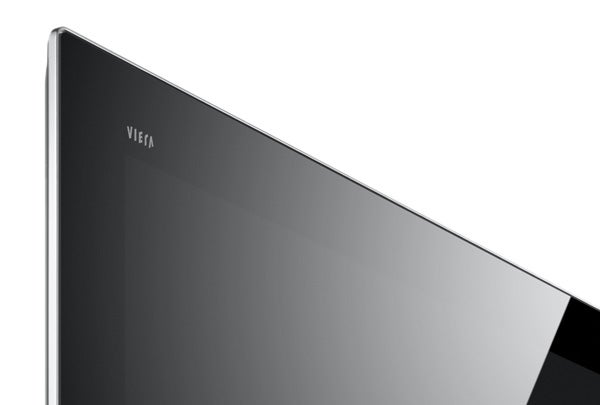 This is a big deal considering that these active shutter glasses cost around £100 each, and goes a long way in itself to explaining the P42VT30’s price hike over the GT30 series.

The VT30 series should also sound better, as it enjoys a new speaker configuration comprising front-firing dual-range stereo speakers and a boxed bass woofer on the panel’s rear.

Finally, where differences are concerned, you can record to SD card or USB HDDs on the VT30 models, whereas with the GT30s you could only record to USB HDD.

Other key P42VT30 specs include a full HD resolution (Panasonic remains the only brand offering full HD on 42in plasma screens); Panasonic’s 600Hz ‘sub-field drive’ system and Intelligent Frame Creation motion processing; endorsement by both THX and the Imaging Science Foundation (ISF); and an unprecedented (for Panasonic) degree of set up flexibility. This includes white balance, gamma and colour management tools, including control over the secondary colours (cyan, magenta and yellow) that you don’t get with the GT30s.

The P42VT30 scores highly for its connectivity. It’s both expansive – including four v1.4 HDMIs, three USBs, a LAN port, and the play/record SD card slot – and handily arranged so that every socket can be accessed from the side or bottom, to aid wall mounting. It’s notable, too, that the screen is so skinny that one or two connections can only be accessed via included ‘downsizing’ adaptors.

The last thing to point out about the P42VT30’s features is that it’s very multimedia savvy. Its compatibility with Panasonic’s Viera Connect platform provides access to such online services as Skype, the BBC iPlayer, Facebook, Eurosport, AceTrax and YouTube (with many more apps and services coming soon). It can play files from DLNA PCs on its network, meanwhile, as well as video (including DivX HD), photo or music files from USB drives or SD cards.

First impressions of the P42VT30 in action elicit precisely the gasps of ‘wow’ we’d been hoping for. Especially since the set’s black level response is not only palpably better than even that of the P50GT30, but also the richest and deepest we’ve seen since Pioneer’s KURO sets. 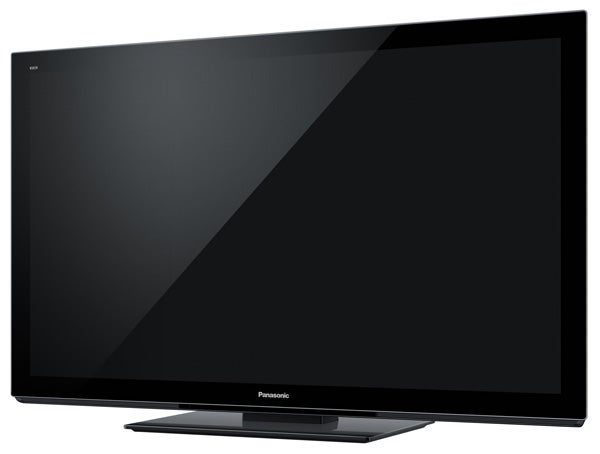 Obviously, this isn’t the first time we’ve drawn comparisons between Panasonic TVs and the legendary but sadly now extinct Pioneer KUROs. But with the P42VT30, the comparison is particularly justified, since we’d say the depth of its black levels really does finally tally with that of the last KURO set we tested. Dark scenes contain areas of blackness that really can look as black as the bezel around the screen, or the inky darkness of a blacked-out room.

Not surprisingly, this has a terrific impact on the TV’s portrayal of films, in particular, where extreme contrast ranges and really dark sequences are routine. Remember, too, that thanks to plasma’s self-emissive nature, the almost infinitely deep black levels can sit side by side with rich colours and punchy whites, without the usual contrast, brightness and backlight uniformity compromises you get with LCD/LED technology.

The P42VT30’s pictures are also stunningly detailed and sharp with HD material, with the high contrast range serving to underline the image’s crispness and texture. As you’d expect, this helps the set produce impressively finely delineated colour tones and blends too, and colours additionally look pleasingly vibrant and fully saturated. Though it did seem to us that colours on the P42VT30 weren’t quite as vibrant as those of the P50GT30.

The P42VT30 handles motion well for the most part too. Naturally, there’s none of the blurring that you get with LCD TVs thanks to plasma’s more or less instant response time, and judder is generally well contained. There can be some jerking – or perhaps more accurately, double imaging – with 50Hz PAL material, but this is only seriously distracting under very specific circumstances, such as when a camera pans over the lines of a football pitch. Plus you can reduce the problem considerably if it’s troubling you via the set’s Intelligent Frame Creation system – though if you do this, make sure the frame interpolation isn’t set any higher than its Mid setting if you don’t want pictures to start looking painfully processed.

More good news concerns the P42VT30’s 3D pictures. Once again, they prove Panasonic’s plasma advantage in terms of crosstalk, as 3D images show practically no sign of the tell-tale ghosting at all. This in turn allows the P42VT30 to do a superb job of reproducing the full HD detailing that’s so characteristic of the best active 3D pictures.

If you switch the set to its Dynamic mode and ramp up the brightness a few notches from its preset level, moreover, you can also get a reasonably punchy picture by 3D plasma standards. With any of the other video picture presets dark colours tend to mutate into black, and shadow details are crushed into oblivion, making us think it would have made sense for Panasonic to have provided a dedicated 3D picture preset. Maybe next time.

Having lots of detail and no crosstalk with 3D pictures also helps the set produce a relatively untiring and convincing impression of extreme depth with good quality 3D sources. 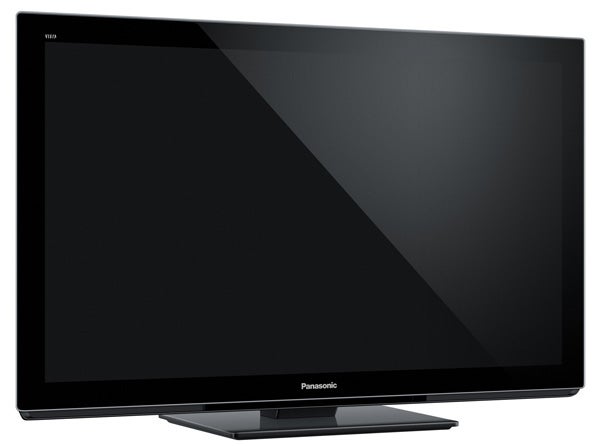 The P42VT30’s 2D performance is perfectly acceptable, with good sharpness levels. But there’s a touch more noise than we’d ideally like to see, and with very low quality sources, the P42VT30 struggles slightly to retain the same degree of colour naturalism witnessed with higher quality images.

Overall, we’d say the P42VT30 does outperform the GT30 series, chiefly because of its class-leading black levels. However, we should add that the extra filter added to boost black levels does also seem to knock a touch of brightness out of the P42VT30’s pictures. With this in mind, if you’re looking for a TV to go into a room that’s prone to high ambient brightness levels, then you might actually be better off going for the GT30 series. The slightly reflective nature of the glass sheet across the VT30’s front underlines this train of thought.

We also found we had to work a little harder during calibration to get accurate colours out of the P42VT30, again potentially because of the impact of the extra contrast filter. But we certainly got there in the end, so ultimately this is no big deal.

Our only other gripes with the P42VT30 would be that the deep black levels feel a touch more forced than they do on our reference KURO plasma TV (in that really dark areas look  fractionally crushed), and that very occasionally we spotted sudden shifts in brightness. But we didn’t feel that these occurred nearly often or drastically enough to make even a small dent in the P42VT30’s reams of strengths.

Finishing up with the P42VT30’s audio, it turned out to be… pretty good. There’s certainly more bass around than you get with many flat TVs thanks to the subwoofer on the set’s rear, but the main speakers lack the powers to go particularly loud or deliver the expansive mid-range we’d hoped for.

The P42VT30 is another stunning Panasonic TV, with class-leading black level response, wonderful detail resolution and the cleanest 3D picture yet seen. It’s also beautifully built and rich in multimedia features, as well as being reasonable value when you take into account the two pairs of 3D glasses and USB Wi-Fi dongle it ships with.

People with quite bright rooms might do better with the slightly less contrasty but seemingly slightly brighter pictures of the GT30 series, and the P42VT30’s 42in screen frankly left us gagging for something bigger. But neither of these ‘philosophical’ arguments stops the set from being state of the art so far as current 40-42in TVs are concerned.