While AV enthusiasts’ eyes might be focussed right now on the highest reaches of Panasonic’s current plasma TV range, as represented by the brand’s impressive, 3D-capable VT20 models, the rather more unassuming P42S20 still look son paper to have plenty of pulling power.


For starters, there’s its price: finding a 42in plasma TV selling for a few pennies under £600 is a cause for potential celebration – especially when that TV sports the usually dependable Panasonic name and a Freeview HD tuner.


But also giving the set more ‘shelf appeal’ than we’d expect for £600 are its 600Hz processing engine, its claim to be built using Panasonic’s impressive ‘NeoPDP’ technology, and the fact that it manages to deliver a Full HD resolution. 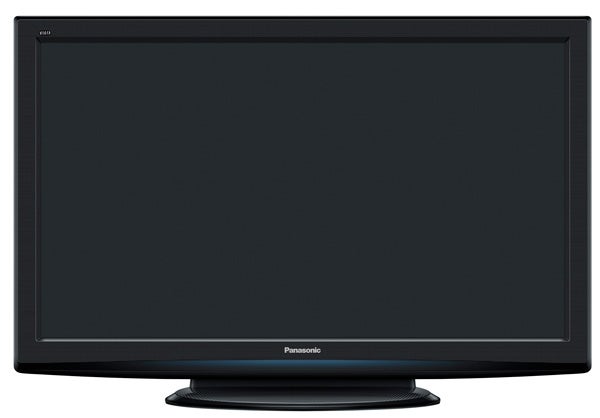 Actually, the three key features of the P42S20 referred to in the previous sentence all warrant a little more explanation. The 600Hz engine, in particular, is actually a controversial affair, since the screen doesn’t truly refresh itself 600 times a second in the way you’d normally expect the ‘Hz’ terminology to describe. Instead, the 600Hz terminology describes a situation where the pixels in the screen are flashed 12 times for each 50Hz frame, in a bid to increase image stability and reduce judder.


The NeoPDP technology in the P42S20 also comes with a catch – arguably a bigger one than the 600Hz claims, in fact. For it’s actually last year’s NeoPDP technology, rather than the massively revamped, hugely impressive NeoPDP system used on Panasonic’s higher-level new TVs, from the G20 series upwards.


Personally, we think it’s a little foolish of Panasonic not to make this fact more obvious in its marketing of the higher-spec TVs – maybe by calling the revamped NeoPDP system NeoPDP 2 or something inspired like that. For we really would feel sorry for anyone who bought a P42S20 on the back of its NeoPDP claims believing its pictures to be as good as those of the new NeoPDP generation.


The P42S20’s Full HD resolution is, thankfully, a rather less controversial bit of good news. Fitting 1920 x 1080 plasma cells into a 42in frame remains notoriously difficult, so it’s really nice to find Panasonic making the effort even with a 42in TV that sits just one rung off the bottom of its current TV ‘ladder’.


Panasonic has made more effort with the P42S20’s design than it usually does too, with an unusual but likeable, gently pimpled bezel finish, and subtle infusion of blue along the bottom edge. The sculpting, though, is still pretty basic.

The P42S20’s connections are rather hit and miss. There are three HDMIs when we might have dreamed of four (though one is built to the v1.4 spec to offer an audio return channel), there’s no USB input, and there’s no D-Sub PC input for simple PC connectivity. But there is an SD card slot for playing back photo and video files, plus an Ethernet port for accessing potential future Freeview HD services, like, most likely, the BBC iPlayer.


There are a couple more screen specifications worth running by you before getting into how the set performs: a decent though (by today’s standards) not mind-blowing claimed contrast ratio of 2,000,000:1, and a potentially more telling response time of just 0.001ms. In fact, the screen’s response time is so negligible that it’s clear Panasonic only even bothers quoting the figure to rub LCD’s nose in it!


There are also one or two options in the onscreen menus worth running by you, namely a reasonable Vivid Colour option for boosting saturations, and a Resolution Enhancer tucked away in a distant submenu that actually proves quite handy at improving the sharpness of standard definition sources. 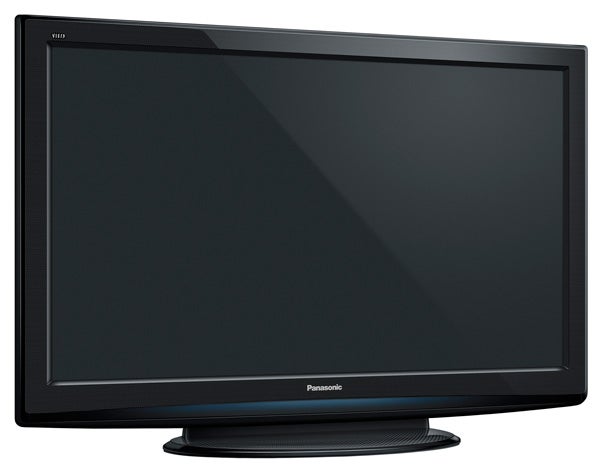 As hinted much earlier in this review, the P42S20’s pictures feel slightly disappointing after the glories of Panasonic’s G20, V20 and VT20 models. Or perhaps more tellingly, they also look a little bit like yesterday’s news when compared with some of the better new LCD TVs around – especially some of the LED-lit models.


The main reason we say this is that pictures don’t look that dynamic, thanks to a lack of brightness, and some slightly compressed-looking colour tones – especially when watching standard definition.


The lack of brightness makes the P42S20 a problematic option for a very bright environment, while the occasional rogue colour tones, which particularly affect reds and greens, highlight just how large an improvement the 2010 NeoPDP system has introduced over the 2009 version.


Before we get too despondent, though, it should be said that HD pictures don’t suffer with nearly so many colour errors as standard definition ones. Add this to some solid if not exactly world-beating sharpness and detail levels, and you’ve got a TV that makes a good fist of Blu-rays and decent HD broadcasts – especially considering its pretty measly price point.


The P42S20 also delivers motion without serious judder or seemingly any blur, with the latter achievement standing in stark contrast to the sort of resolution loss with moving objects we might expect to see with a similarly affordable LCD TV.

Anyone with a large family or awkward seating positions, meanwhile, will appreciate the way the P42S20’s plasma picture retains its full colour intensity and contrast even when watched from quite an extreme angle (unlike the vast majority of LCD TVs).


While we’re on the subject of plasma advantages, there’s also the P42S20’s impressive black level response to consider. Admittedly, dark parts of films look rather more milky on the P42S20 than they do on Panasonic screens that use the latest NeoPDP technology, but they still humble the black level efforts of practically all LCD TVs at the £600 or so price point – especially with regard to the amount of shadow detail the screen reproduces while retaining a decent black colour. 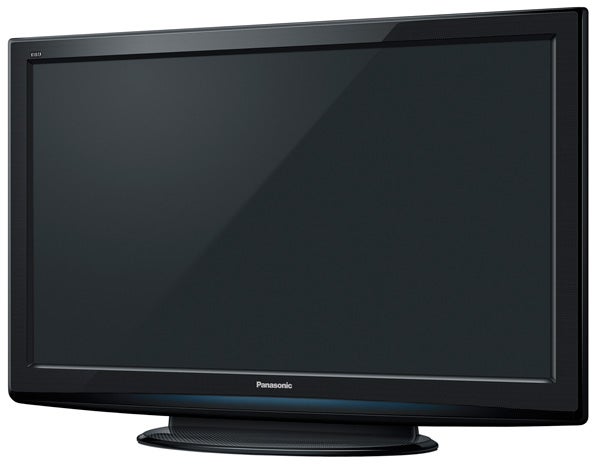 Final bits of good news concern the way the 600Hz and other processing systems go about their business while generating precious few unwanted side-effects; and the image’s exceptional stability versus the slightly flickery look many affordable LCD rivals generate as a result of their inevitable dynamic contrast systems.


Turning to the P42S20’s sound, it’s not at all bad by flat TV standards. As we nearly always find ourselves saying about flat TVs, a bit more bass would have been appreciated, but at least the mid-range is quite open and reasonably dynamic, and treble detailing is handled sensitively, in that there’s enough of it to make soundstages appear detailed without things becoming artificially ‘twinkly’ or harsh.


If your TV budget can only stretch to £600, then the P42S20 is a tantalising option – especially if you’re going to be in a position to feed it quite a bit of HD fodder. However, we can’t help but think that if you can stretch to £150-£200 more, the extra quality and features you can obtain from the Panasonic P42G20 are worth every single extra penny.