You can certainly understand Panasonic’s wish to make 3D a big-screen experience with its first 3D TVs. The immersive qualities of the new full HD 3D experience shift up a gear with every inch you add to your 3D screen size.


But now, a few months after 3D first blasted – or sputtered, depending on your point of view! – into our living rooms, it’s commercial reality time. Meaning that Panasonic needs to recognise that large tracts of the TV buying public have neither the living room space nor the financial wherewithal to bag one of the brand’s 50in or 65in 3D ‘big boys’. 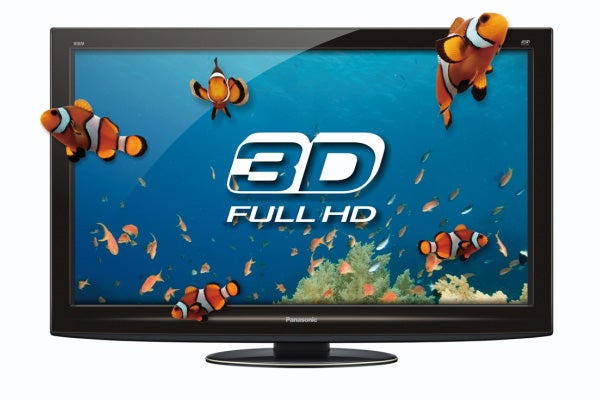 It’s not just the P42GT20’s size that’s been ‘crimped’ in creating a more affordable 3D plasma TV, either. For the use of a ‘G’ in its model name rather than the V associated with Panasonic’s previous flagship 3D screens indicates that the new 3D model is built around the brand’s mid-range G20 chassis rather than the all-singing, all-dancing V chassis. As such, the GT20 lacks the V series’ new, high-tech black level-boosting filter. While we’ve liked the 2D G series models we’ve seen, particularly considering how little they cost, there’s also no doubt that the black filter in the V models has delivered a noticeable performance lift, so it will be interesting how much we feel its loss in the third dimension.


In most other ways, though, the GT20’s spec sheet is pleasingly long. In fact, it even adds one potentially significant trick: 2D to 3D conversion. More on this later.


Another early highlight finds it sporting a full HD, 1,920 x 1,080 resolution – something that’s a big deal in the plasma world, with Panasonic remaining, so far as we’re aware, the only plasma manufacturer currently offering so many pixels inside a 42in plasma screen.


Also unique to Panasonic TVs this year are twin HD tuners. In other words, the P42GT20 carries both Freesat and Freeview HD receivers, so you can receive HD broadcasts wherever you are in the UK.


The P42GT20 lets you record both standard and high definition video from its built-in tuners, too, using external USB HDDs. Well, actually, saying HDDs in the plural isn’t strictly accurate. For despite our best efforts, the only hard drives we’ve been able to get working with Panasonic’s recording TVs have been the Buffalo JustStore Desktop HD-EU2-UK devices recommended on the brand’s website. Hopefully Panasonic will prove a bit less closed-minded with future generations of its time-shifting TVs.


The P42GT20’s core panel, meanwhile, is one of Panasonic’s very latest NeoPDP affairs, with all the improved phosphor/gas/filter goodness that promises. It’s a 600Hz affair too (meaning the plasma cells pulse 10-12 times per second), and even more importantly given the TV’s 3D status, unlike the standard issue G Series models, the P42GT20 has been given the fast-decay technology Panasonic originally introduced for its first 3D TVs. This is necessary to reduce the dreaded crosstalk double ghosting issue so common with 3D footage on other TV brands.

If you’re into your multimedia, the P42GT20 has a decent suite of tools at its disposal. The USB ports don’t just record, for instance; they can also play JPEG photo files, MP3 music files, and video files.


The set carries an Ethernet port too, as required by the Freeview HD and Freesat HD platforms – both of which are promising to finally deliver some interactive services that actually use the port in the very near future. But in the meantime you can use the Ethernet to access multimedia files on a DLNA-ready PC, or jack into Panasonic’s Viera Cast ‘walled garden’ of online services.


These services are decent, with highlights of the AceTrax film rental/purchase platform, YouTube, Eurosport, Twitter and Skype. However, the rather pointless presence of a bunch of foreign language ‘channels’ emphasises the fact that Viera Cast doesn’t have the BBC iPlayer, Demand 5 or much other really interesting free streaming video content.


The last key feature of the P42GT20 is its endorsement by both THX (a THX preset is provided) and the Imaging Science Foundation (ISF), with the latter being achieved thanks to the set’s provision of a decent set of colour and gamma management controls. We still feel there’s room for improvement in this increasingly important area, though. 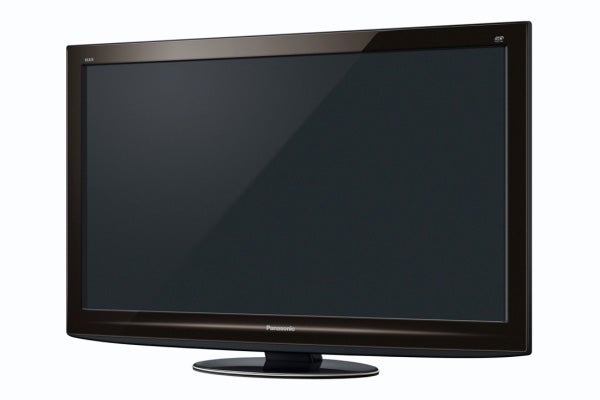 In assessing the P42GT20, we immediately noticed the missing black level filter we mentioned earlier. Dark scenes look noticeably more grey than they do with the V Series models. That said, put in the context of the sub-£1,500 40-42in market generally, the black level response is actually impressive – as we would naturally expect of a Panasonic plasma TV.


We should also qualify our reduced black level point by saying that we noticed the issue less during 3D viewing than we did with 2D, thanks presumably to the pronounced brightness reduction you get with Panasonic’s plasma TVs in 3D mode.


Having mentioned 3D, we might as well look next at this aspect of the P42GT20’s performance. And having donned one of the two pairs of active shutter glasses currently being given away free with the P42GT20, it’s a huge relief to find it performing every bit as well as Panasonic’s higher-grade 3D TVs when it comes to crosstalk noise. Compared with any rival 3D technology we’ve seen, evidence of the dreaded double-ghosting phenomenon is extremely minimal – and even when it does crop up, it’s seldom strident enough to be truly distracting.


Not so marvellous is the reduction in brightness you have to put up with in 3D mode, and the resulting loss of shadow and deep colour detail during dark 3D scenes. 3D images also look a bit softer than they do on some LCD TVs. But as we’ve said before, we find Panasonic’s 3D brightness and sharpness reduction ultimately far less aggravating than the painfully distracting crosstalk which plagues all 3D LCD screens we’ve seen so far.


Another issue worth mentioning here is that having seen a number of very large 3D screens now, the relatively small screen of the P42GT20 does reduce the immersive impact of 3D. But we guess we’ve just been spoiled in this respect.


Although we remain philosophically opposed to 2D to 3D conversion, we should comment on it with the P42GT20, given that it’s Panasonic’s first stab at the technology. The first thing that strikes us is that Panasonic’s converted images are more limited in terms of depth than those of Samsung’s 3D TVs. But it’s also slightly less prone to depth errors.

As a 2D TV, the P42GT20 is a mixed bag. The good news is that it’s a stellar HD performer for its money, especially with 1080/24p Blu-ray feeds. Such images look mesmerizingly sharp, packed with natural contrast, and produced with an exceptionally deft colour touch. Regarding this latter point, colour tones are richer than usual for plasma technology, yet they’re also exquisitely natural. There seems marginally more striping in subtle colour blends than we saw with the VT20 models, but it’s seldom distracting.


With pictures calibrated to deliver the best combination of contrast, brightness and colour, HD pictures look slightly muted compared with the majority of LCD TVs – especially edge LED ones. But don’t mistake this for colours and contrast actually being wrong. The opposite is true, in fact. You just need ideally to keep light levels as low as you can in your viewing room if you want the TV to deliver its greatest impact 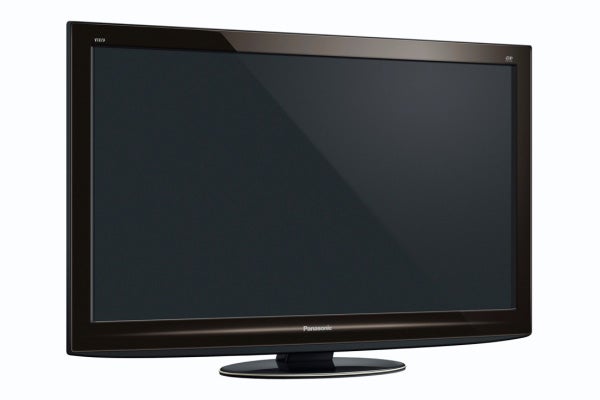 Our main concern with the P42GT20 is that it’s not a particularly sure-footed standard def performer. Freeview or Freesat standard definition broadcasts both tend to look a little rough and ready in noise terms, especially as there’s occasional dotting noise over skin tones during horizontal camera pans.


Colours, too, lose a little lustre when switching to standard definition, with a few tones suddenly starting to look slightly unnatural. And finally, there’s quite a bit of judder visible with standard definition pictures – more than we’d normally expect to see. This can be hugely reduced with the help of the Intelligent Frame Creation (IFC) frame interpolation system Panasonic has built into the P42GT20, but there’s a trade off for using this in the form of some noticeable unwanted processing side effects.


Oddly, standard definition pictures strike us as slightly worse on the P42GT20 than they were on the non-3D P42G20 – though without still having a P42G20 for direct comparison, it could be that our deflated impression of the P42GT20’s standard def pictures is more about the terrific standard def efforts we’ve seen from some rival brands recently rather than extra shortcomings in the P42GT20.


Wrapping up with the P42GT20’s audio performance, it’s pretty decent. A quite wide, open and dynamic mid-range leads the way, but is ably assisted by decent amounts of harshness-free treble reproduction and even a hint of bass. Though there’s predictably far less bass than you get with Panasonic’s VT20 models, which add a built-in subwoofer.


Simply by virtue of its suppression of crosstalk noise, the P42GT20 is by default the best sub-£1500 3D TV we’ve seen to date. It’s also a terrific HD performer, particularly with Blu-ray sources.


However, its standard definition pictures are a bit disappointing, and we really do have to question Panasonic’s pricing policy. For its £1,250 price versus the £800-ish cost of the non-3D P42G20 effectively means you’re paying £450 – or half the P42G20’s price again – for the P42GT20’s 3D capabilities. Even with a couple of pairs of 3D glasses thrown in, this looks a bit steep. Especially as we’ve just taken delivery of a new Samsung plasma TV that offers a more immersive 50in screen of full HD 3D pictures for just £1,030… Watch this space.