It’s fair to say that 2010 has been the year that plasma fought back. Thanks, chiefly, to its prowess with 3D sources.


Panasonic has, of course, been right at the forefront of this plasma resurgence, serving up a range of plasma TVs that have more or less defined the state of the 3D art in 2010.


The brand has not been nearly as successful, though, with current its LCD range. These have picked up precious few accolades in recent months. Today, though, there seems to be a genuine opportunity for this unfortunate situation to be rectified, as we take delivery of Panasonic’s current flagship LCD TV, the L37V20B. 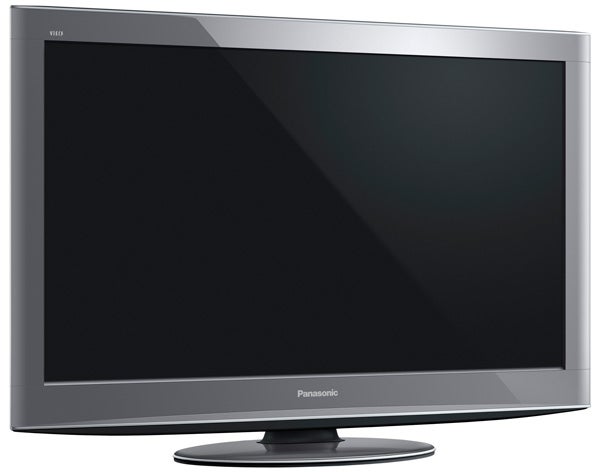 One important thing to stress about this TV right away is that despite its flagship status, it doesn’t have 3D playback. None of Panasonic’s current LCD TVs do, in fact (though a couple of 3D LCD models are being promised for later in 2011).


However, the L37V20B does seem pretty premium in spec in most other ways. Particularly impressive considering how rare they’ve been this year are its dual Freeview HD and Freesat HD tuners. This means pretty much anyone in Britain can get HD broadcasts on the L37V20B regardless of where they live.


The 37in screen enjoys a full HD resolution too, powered by an edge-based LED illumination system. We can’t help but think it might have been interesting to see Panasonic adopt direct LED lighting for its top LCD TV, but it’s not to be. 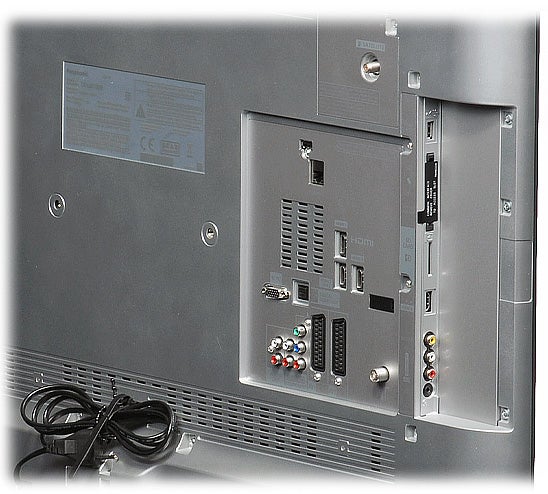 Other signs of the L37V20B’s premium status find it allowing you to record video – including HD video – from the built-in tuners to USB hard disk drives. So long, that is, as the HDD is one of Buffalo’s JustStore models – a rather limiting approach to recording that looks particularly curious when considered against Samsung’s much more open TV recording system.


The L37V20 doesn’t compromise on its picture processing though; on board is Panasonic’s top-level V-Real Pro 5, complete with Intelligent Frame Creation (IFC) to counter motion judder and blur. There’s plenty going on in multimedia terms too, such as playback of video, photos and music from USB storage devices, compatibility with DLNA PCs, and access to Panasonic’s walled garden of online services dubbed Viera Cast.


Among Viera Cast’s highlights are YouTube, Skype (through an optional extra camera), the AceTrax movie purchase/rental streaming service, and EuroSport. But it continues to grate that there are currently no video catch up services – not even the BBC iPlayer that’s now found its way onto so many rival online TV platforms. We personally also wish Viera Cast had an open Internet browser. Just as well, then, that both these omissions look likely to be sorted with Panasonic’s upcoming 2011-range online TV service. Watch this space.

Panasonic has finally got serious about providing good calibration tools for its TVs this year, and as you’d expect, this is evident on the brand’s premier LCD TV. Indeed, the amount of colour and gamma fine-tuning is such that Panasonic has managed to get the L37V20 endorsed by independent calibration group the Imaging Science Foundation (ISF). So you can, if you wish, get an ISF engineer in to professionally calibrate the set for you. If you feel brave enough to take on calibration yourself, though, all you have to do is find the ISFCC option tucked away in the Advanced Features menu and switch it on. That way you’ll have access to all the in-depth picture tuning stuff the set has to offer. 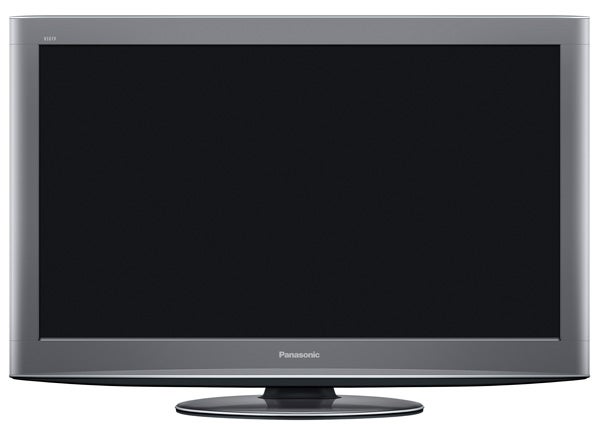 Personally, we don’t see the need to tuck all this good stuff away in ‘hidden menus’, but we guess the sight of a colour management system might just look intimidating to your average TV owner. Especially given that we’re increasingly thinking that Panasonic’s target audience is relatively conservative by AV tech standards.


This conservatism is generally very evident in the rather uninspired designs of Panasonic’s current TV range, but actually the L37V20B is a little cuter than most of its siblings – mostly on account of its glossy light grey finish and impressive build quality. 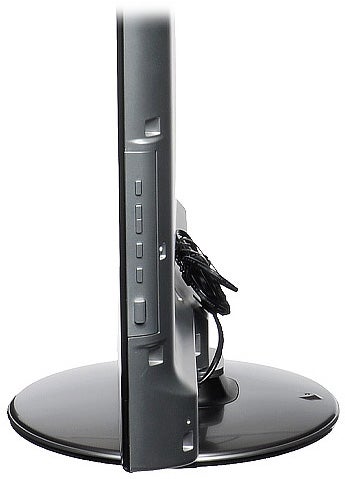 To kick off our assessment of the L37V20B’s picture quality, we’re keen to immediately highlight one big strength: the wide viewing angle it supports. The thing is, the L37V20B is build using a so-called IPS Alpha LCD panel design, which suffers far less with the usual reductions in contrast and colour when viewed from a wide angle than your typical LCD TV. Good news for folk with big families and small living rooms.


Lovers of quality HD’s obsessive attention to detail and sublimely crisp finish, meanwhile, certainly won’t be disappointed with how well the L37V20B delivers these star attractions.


Obviously, we wouldn’t be saying this if the L37V20B struggled to handle motion well. In fact, it manages to deliver moving objects with hardly any blur, and you can get rid of pretty much all judder, too, with the help of the Intelligent Frame Creation engine. This can cause unwanted side effects at its highest settings, and for some people, we realise, any sort of motion processors are anathema. But we’d suggest that you do at least experiment with the lowest IFC power setting, particularly when watching typical TV fare (as opposed to fast sport or action movies).

Also doing their best to convince you that the L37V20B is a cracking TV are its colours. They’re vivid, dynamic, and best of all, unusually expressive for LCD technology thanks to the sheer range of colours available, and the extreme finesse with which the set combines and blends them.


The L37V20B continues in a positive vein with its standard definition reproduction. It does a clever job of doing away with noise from source signals, and doesn’t fall into the common trap/mistake of believing that standard def images need to be turned into something really sharp and textured before they’ll look credible on an HD TV.


For all its generally sterling efforts, though, the L37V20B ultimately fails to win our hearts. Simply because it’s not as good at showing dark scenes as we would like a relatively high-priced LCD TV to be. There’s a general slightly grey look to dark scenes unless you’re willing to remove practically all the picture’s brightness and punch. 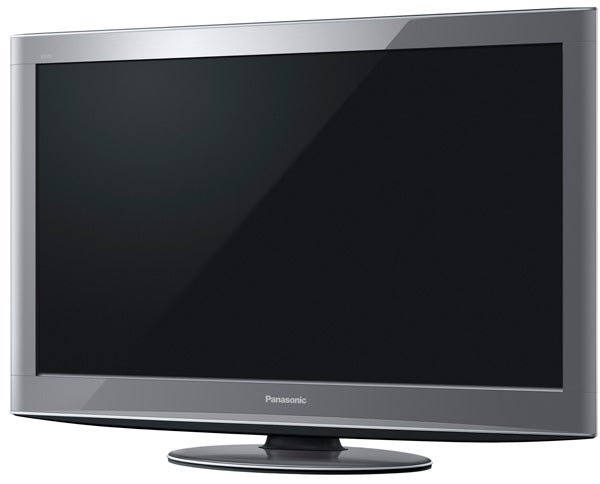 Much more troubling, though, is the appearance of that dreaded TrustedReviews bugbear of inconsistent backlighting. As with a troubling number of edge LED TVs we’ve seen recently, parts of the image – quite large parts, actually – look brighter than others during dark scenes. And as you might expect, whenever you see these patches, you’re left feeling very dislocated from what you’re watching.


You can limit the damage this backlight inconsistency causes by really pushing down the L37V20B’s brightness. But the resulting loss of colour dynamism and subtle detailing in dark areas is a heavy price to pay.


The L37V20B thankfully finishes off its performance testing in a more positive vein, by producing an engaging soundstage. There’s some smart treble and detail handling, and an above average mid-range that’s got enough ‘breathing room’ to shift up at least a couple of gears when a source wants to go loud. Bass levels are hardly earth-shattering, but that doesn’t stop them from sounding actually a touch better than those of the majority of ultra-slim LCD rivals. Our only serious audio gripe is that the speakers seem to funnel the sound straight at you, rather than delivering a wider, more enveloping soundstage.


While there’s enough good stuff going on inside the L37V20B to leave us in hope – again! – that Panasonic might one day make a truly great LCD TV, the amount of backlight inconsistency on show also reveals Panasonic’s relative lack of experience with edge LED technology. So with competition in 2011 looking set to be fierce, here’s hoping the brand proves to be a fast learner…