Before we go any further, we have to say that we sincerely hope that the price of £461.57 we’ve found for the L32S20B at Amazon is still available by the time you read this. For it’s so substantially less than any other prices we’ve being able to find that we can’t help but wonder if Amazon has made a mistake! Basically, if you decide by the end of the review that this is the TV for you, you should probably hot-foot it over to Amazon sooner rather than later.


Anyway, before any decisions like that have to be made, we’d better first find out if the set is actually worth buying for any money. 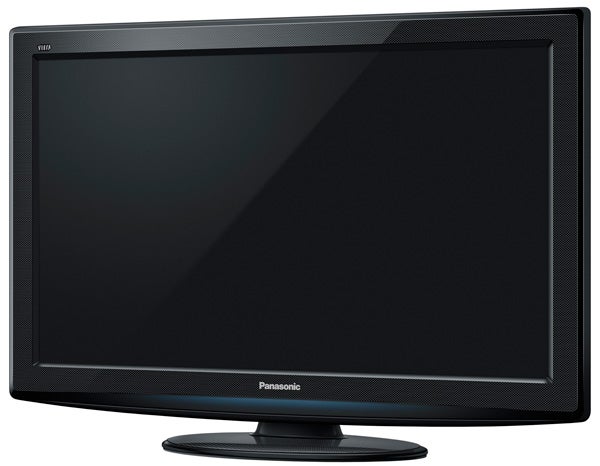 It’s slightly more attractive than your typical Panasonic 32in LCD TV, at any rate, on account of its gently textured bezel finish. That said, you don’t really notice this texturing unless you’re quite close to the TV, so from a distance it still looks like a fairly straightforward black rectangle.


It also sticks out rather extensively round the back, giving it a distinctly old-fashioned look compared with all the slinky catwalk models that have come our way in recent times. In fact, rather unfortunately for Panasonic, the L32S20B hit our test benches immediately after LG’s brain-bendingly thin and spectacularly good OLED debut: the 15EL9500. Compared with this the L32S20B looks like something from the Stone Age. Let’s hope its performance doesn’t appear similarly dated.


The S20 series rests relatively low down Panasonic’s current range, as you might have guessed from the £461.57 price tag we’ve found. But it still provides a decent set of connections. 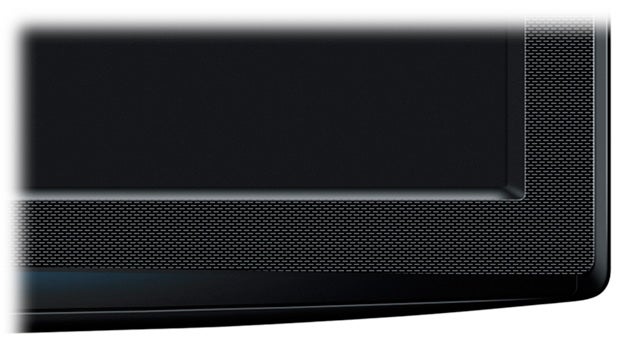 These include three HDMIs (one a v1.4 affair to offer an audio return channel), an SD slot that can play JPEG photos and MPEG2/AVCHD video directly from SD cards, a D-Sub PC port, and an Ethernet port.


Don’t get too excited about this Ethernet jack, though. For it’s only there as mandatory support for the L32S20B’s built in Freeview HD tuner; you can’t also use it to access Panasonic’s Viera Cast online platform, or content stored on DLNA PCs. It’s just there in case the Freeview HD platform unleashes some interactive features (like the BBC iPlayer) at some point.


Heading into the L32S20B’s bland but simple onscreen menus doesn’t reveal much else to get our teeth into. There’s what appears to be a fairly straightforward ‘Vivid Colour’ feature for boosting the picture’s colour vibrancy, an auto-contrast system that adjusts the picture based on ambient light conditions, a simple multi-level noise reduction system, multiple levels of strength for the IFC system, and perhaps the most interesting feature, a Resolution Enhancer for boosting the sharpness of standard definition feeds.

We might as well use the Resolution Enhancer as a starting point for the main testing phase of this review, by saying that it works pretty well. Switching it to its Mid setting adds a small but welcome degree of extra sharpness to the picture, helping the set avoid the rather soft and mushy look seen with some rival lowish-end 32in TVs. We personally would recommend avoiding the Max setting for the feature, though, as this starts to make the picture look gritty and can emphasise source noise, especially with lower-quality digital broadcasts.


Also helping the L32S20B produce a reasonably likeable standard def picture are its colours, which don’t lose as much vibrancy or tonal accuracy in the shift down from HD as they can with some rival sets.


We’re certainly not suggesting that the L32S20B’s standard definition pictures are anything truly special. We’ve seen sets that reproduce digital broadcasts that look sharper and more dynamic. There’s evidence of motion blur at times, too, despite the 100Hz engine. But the set is still better with standard definition than we might have expected for its money. 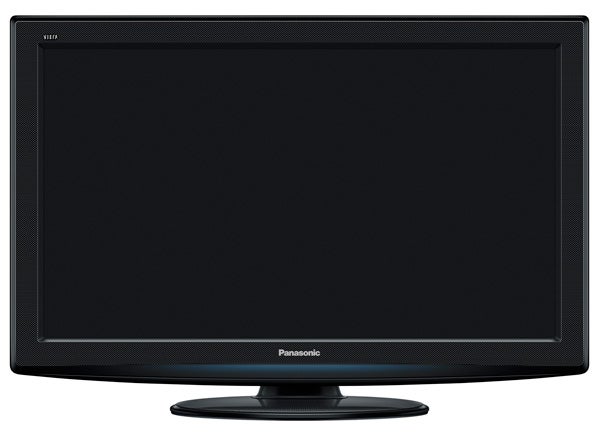 Turning to high definition sources lets us get a slightly firmer grip on exactly where the L32S20B sits in the great scheme of LCD things. And it’s not all good news, sadly.


Our biggest problem is a familiar one with Panasonic LCD TVs: a pretty uninspiring black level response. After the impressive black level efforts of a number of the TVs we’ve tested recently, we were struck right away during dark shots – or especially, shots containing a mix of light and dark – by how relatively grey and cloudy dark parts of the picture look. This is even using the provided Cinema preset, designed expressly to boost contrast performance in a darkened room environment.


The L32S20B’s inability to render a really convincing black colour has the predictable secondary effect of leaving the darkest parts of the picture looking empty of the subtle detailing that would help give them a sense of depth.


Given its black level issues, the L32S20B’s colours are actually rather good. Panasonic has made them punchy enough to drive cleanly through the slight lack of contrast, and they can look potent and dynamic, especially when a scene is predominantly bright.


Tones are generally believable and engaging, except for the odd occasion when the TV’s attempts to handle a dark scene suddenly leave colours looking a little washed out – or wan, in the case of skin tones. Personally we found the Cinema preset caused things to look a little washed out too, so while we’d generally recommend this as the best mode to use, don’t be afraid to tweak its colour saturation settings from their starting point.

With HD, the 100Hz IFC processing system (or 24p Smooth Film mode as it becomes with 24p Blu-rays) clearly delivers a reduction in both judder and blur. More so than we noted with standard definition, in fact. Just make sure you don’t use the highest processing level for either the Smooth Film or IFC modes, as this results in some pretty noticeable and distracting side effects.


Wrapping the L32S20B’s HD pictures up with an assessment of their sharpness, the news is pretty good. The good handling of motion blur obviously helps in this regard, but there’s enough brightness and punch in the picture to help pixel-level detailing come through. The only catch is the way detail tends to disappear into the greyness of dark parts of the picture. 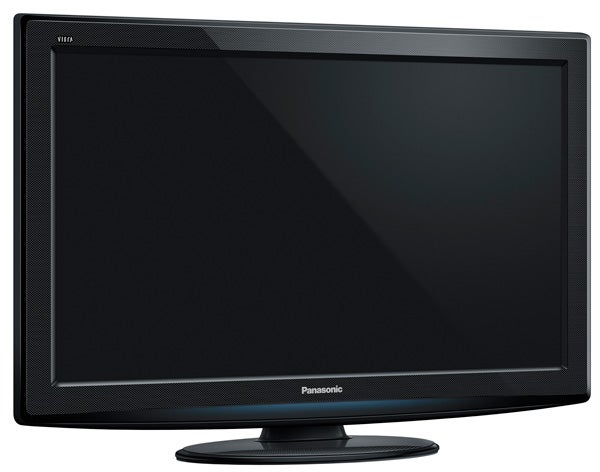 The sound that accompanies the L32S20B’s pictures is… interesting. Which is, in itself, quite unusual for a smallish LCD TV! The thing is, there’s actually quite a bit of flexibility on hand to help you refine the sound quality via an equaliser, if you can be bothered to use it. But the aggravating thing is that both of the provided Speech and Music presets are pretty awful, delivering daft extremes of trebles and bass respectively.


The ideal setting lies somewhere in the middle – a position which you can thankfully find with a little effort and the User preset option. And with the treble and bass levels suitably balanced, the L32S20B sounds slightly better than most other 32in TVs in its price. Though that hardly qualifies it for some TV hi-fi hall of fame.


It’s good to see a Panasonic LCD TV being sold at a genuinely competitive price – and the L32S20B does enough things sufficiently well to represent decent value for money at the sub-£500 level.


At the same time, however, the L32S20B lacks the black level talent to really challenge the LCD A-list, and does little to change our long-held view that Panasonic’s mastery of LCD technology is still some way short of where it’s at with plasma.