Just over a month ago I looked at and was reasonably pleased with the first of Panasonic’s new G10 range of Freesat LCD TVs, the L37G10. So, hopefully today’s smaller model, the TX-L32G10B, will prove to be a chip off the old block. Especially since its 32in size potentially opens it up to the ‘second room’ market, where having a built-in Freesat tuner could be very handy indeed. Provided, of course, that you can overcome the inevitable satellite cabling hassles.


Aesthetically the L32G10 can be summed up with a completely non-committal ‘it’s OK’. Its finish is just about glossy enough and the arced bottom edge just about shapely enough to give it a dash of panache, but the visual impact could hardly be called dazzling and to me the G10 design didn’t engage me as much at this 32in size as it did on the larger 37in model. 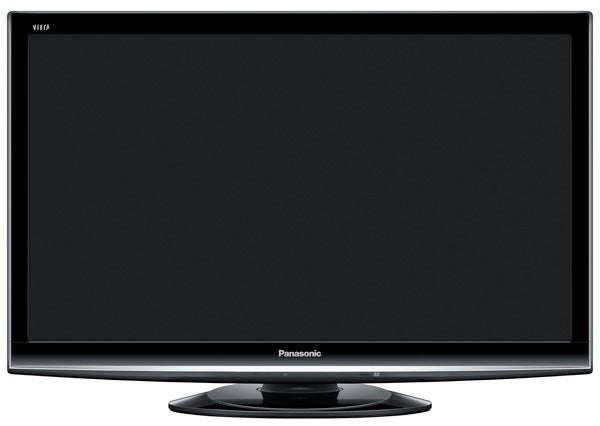 The L32G10 kicks up a gear with its connections, though. Its provision of four HDMI ports is particularly impressive considering its relatively small size – and the fact that it’s already got both Freesat and Freeview tuners built in.


Also appreciated is the presence of a digital audio output, an SD card slot capable of playing AVCHD/MPEG 2 movies as well as JPEG stills, and the Freesat-demanded Ethernet port, via which the TV will be able to access BBC iPlayer content – and other as yet unconfirmed other ‘interactive’ services – later on this year.


For what it’s worth, the manufacturer’s spec sheet for the L32G10 reads pretty respectably. The screen is, for instance, a Full HD affair despite its relatively small size and so is perfectly positioned to make the best of Freesat’s HD broadcasts (which comprise the 9 hours a day now available from the BBC, and ITV’s sporadic bits and bobs).


The set’s contrast ratio, meanwhile, is quoted at the same, respectable-looking 50,000:1 level as its 37in sibling; there’s 100Hz processing bolstered by Panasonic’s Intelligent Frame Creation system; there’s a 24p Smooth Film mode to reduce judder while watching Blu-ray; there’s full Deep and x.v. Colour support; and finally the set’s quoted viewing angle of 178 degrees is, for once, not some kind of sick joke.


That’s because the screen at the TV’s heart is an IPS Alpha design, one key feature of which is that it lets you watch pictures from quite a wide angle without anywhere near as much loss of contrast and colour saturation as you get with ordinary LCD TVs.

Although I rather skipped past the 100Hz/IFC processing system on the previous page, it does, of course, warrant more attention. Its combination of doubling the usual PAL refresh rate and interpolating wholly new frames of image data should, based on past experience, result in a picture that suffers much less than usual with LCD’s traditional motion blur troubles.


And this does indeed prove to be the case. Every type and level of motion, from small head movements of newsreaders to the charging around of Champions League footballers, looks markedly crisper and less blurred with the IFC mode set to medium than it does with the IFC system deactivated. Camera pans look reasonably fluid too and the combination of IFC with the set’s 24p processing does a nice job of reducing judder while watching 1080p/24 Blu-rays.

What’s more, as noted on other recent Panasonic IFC TVs, the motion enhancement is delivered without causing anything really upsetting in terms of distracting processing side effects – at least provided you stick with the IFC system’s medium setting, rather than stepping up to ‘high’.


Colours are pretty respectable, too. Not perfect, but respectable. There’s a good degree of subtlety in the way colour blends are presented, for instance, with practically no sign of the striping that gives away TVs with insufficient video processing power. Hues are decently dynamic too; not up there with the eye-burning saturations found from one or two rival brands, but satisfactory.


A big part of this standard def talent can be apportioned to the set’s uncanny knack of recognising and often doing away with common noise elements such as grain, dot crawl and MPEG blocking noise.

Surprisingly, though, the L32G10 doesn’t make particularly great use of its 1,920 x 1,080 pixel resolution when showing high definition sources. Pictures just don’t look quite as much of a step up from a good DVD picture as I would have expected, thanks to a slight lack of general crispness.


Easily the set’s biggest flaw, though, is its underwhelming black level response. Dark scenes, and even dark parts of otherwise bright scenes, are all afflicted by some really easy to see grey clouding – a fact which means dark scenes look distractingly less dynamic on the L32G10 than bright ones, as well as lacking depth and general credibility. 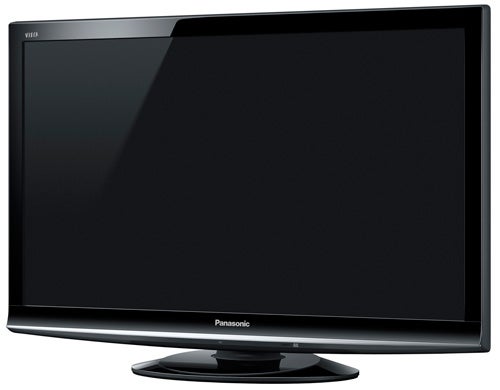 It doesn’t help dark scenes, either, that the dynamic contrast system the TV employs to try and boost its black level response during dark scenes feels over-aggressive, making its brightness adjustments so obvious at times that they can be really quite distracting. More is the pity, then, that you can’t choose to deactivate the system if you’re as troubled by it as I sometimes was.


Finally in the negative column, pictures generally aren’t as bright as I would ideally like them to be. Moreover, while colour tones are mostly good, I did feel at times as if there was a touch more red around than there should be.


Sonically the L32G10 is on a par with the L37G10. Which is to say that it’s a bit short of bass and can sound crowded in the mid-range during action scenes, but excels when it comes to eking out the treble detailing and effects placement that often brings a good sound mix to life.


While the convenience of having Freesat and Freeview tuners built-in to a 32in TV is laudable, the L32G10’s overall performance standards are nothing out of the ordinary, making the £700-plus price is a touch high. It’s still a decent TV, but not one that will excite and delight.