A couple of weeks back we looked at Panasonic’s entry level 42in LCD model, the L42E3B, and were frankly less than impressed, finding it neither good enough nor cheap enough to be a remotely compelling buy.

So it’s fair to say that hopes weren’t high as we started unboxing the L42E3B’s smaller brother, the L32E3B. Surely the same problems that plagued the L42E3B would also afflict the smaller model?

Obviously, it looks the same (except for being smaller!). In other words, it’s impressively slender round the back thanks to its edge LED lighting, and features a reasonably attractive fascia that combines gloss black with a little ‘layer’ of grey along the lower side of the bottom edge. The bezel is quite narrow too. All in all, it’s not a bad looking 32in TV at all, despite not having the finish quality of the step-up E30 series. 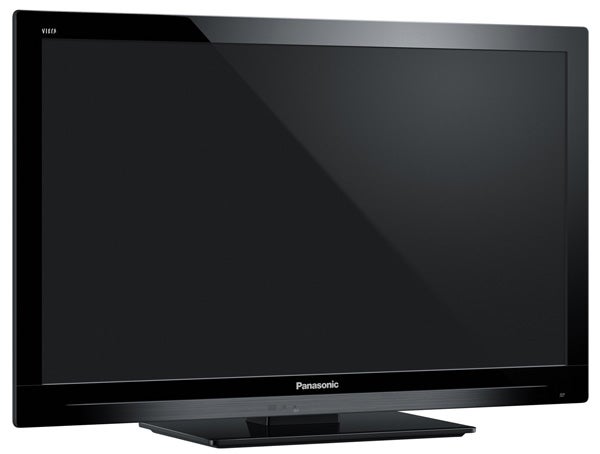 Connectivity is just about adequate for the sub-£500 32in market, with highlights comprising three HDMIs, a D-Sub PC port, and a LAN port. However, there are brands out there that also offer at least one USB port for the L32E3B’s money and it quickly becomes apparent that the LAN port is only there because the set’s in-built Freeview HD tuner demands it. It doesn’t offer access to either Panasonic’s Viera Connect online service or files stored on networked PCs.

Before we get too hung up on extra stuff the L32E3B might ideally have offered for its money, though, it’s worth remembering that it is driven by edge LED technology rather than the CCFL system usually favoured at the L32E3B’s sort of price level. This in itself has the potential to deliver significant performance benefits – especially as the L32E3B is built around one of Panasonic’s IPS Alpha panel designs.

This latter fact is actually particularly notable, as the L42E3B was NOT built using an IPS Alpha panel. This is a fairly extreme example of the sort of panel-sourcing quirks that quite often exist at different sizes within the same flat TV range – and it’s just one of the reasons (along with differing response times and, especially, backlight uniformity) why we try where we can to test different sizes of the same series.

The fact that the L32E3B has an IPS Alpha panel shows that it should support wider-angle viewing than the L42E3B, and deliver a richer colour response. Plus it shows that it’s rolled off Panasonic’s latest production lines, and so could also benefit from better response times.

In typical ‘entry level’ style, the L32E3B really is pretty short of features. The main picture menu’s only unusual bits are a colour booster and something called CATS, which actually turns out to just be a fancy name for what’s now a pretty bog-standard feature whereby the TV can adjust the picture’s brightness in response to the amount of ambient light in the room.

There’s a promising-looking ‘Advanced features’ sub-menu within the picture menus, but this seems to be a pretty pointless extra menu division given that it only contains two further features: the option to turn off or adjust the level of Panasonic’s Resolution Enhancer processing or turn on or off the screen’s overscanning. Woo. Not.

Happily things pick up as we start to actually watch the L32E3B. For rather to our surprise, it delivers pictures that are not only more appealing than those of the L42E3B, but better than those of many of its similarly priced rivals. 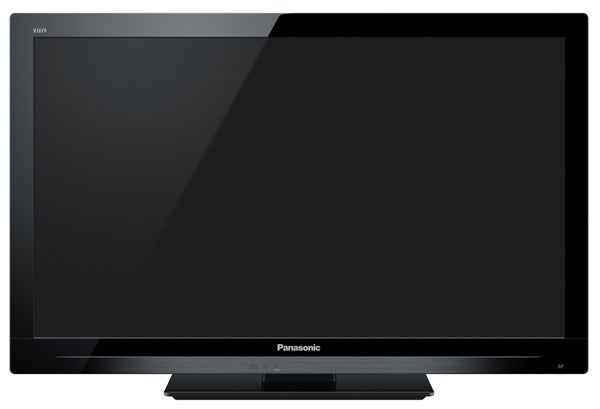 The most surprising improvement comes with the detailing and clarity of HD footage. You’d expect the smaller screen to struggle relative to the larger one when it comes to showing off HD’s extra clarity and detail, but in fact the opposite is true.

The L32E3B’s pictures also generally avoid the slightly noisy look experienced with the L42E3B at times. Clearly some of this improvement could simply be down to the smaller screen not making noise issues so obvious, but this doesn’t explain the full extent of the improvement.

The L32E3B’s use of an IPS Alpha panel delivers a boost in viewing angle terms over the L42E3B too, as well as a palpable improvement in response time terms. However, there are limits to this. For while the extent of the response time improvement means that HD pictures look cleaner and crisper, there’s undoubtedly still some quite obvious motion blur on show while watching standard definition (Panasonic quotes 300 lines of Moving Picture Resolution). As with many edge LED TVs we test, the blurring reduces once the set has warmed up, but it’s still clearly visible during ordinary TV viewing even after the TV has been on for a good few hours.

Getting back to the good news, the L32E3B’s colours are really nice; subtle with their blends, reasonably punchy without being OTT, and best of all based on a nice, warm tone that fits very comfortably with the sort of look we aim for when calibrating TVs for movie viewing.

There’s quite a nice direct, unprocessed look to images too, which folk who simply can’t get on with video processing might like – even though it means there are no tools in the TV’s arsenal for combating the set’s standard def motion blur issue.

The L32E3B deserves kudos for the most part, too, for its contrast performance. For while it doesn’t deliver absolutely the inkiest black levels we’ve seen on a 32in TV, they do get deep enough to avoid causing you any distraction during all but the very darkest of scenes. Even better, they’re delivered with practically no sign at all of the uneven backlighting so common with edge LED TVs. In fact, it’s even better than Panasonic’s flagship L32DT30 in this respect. 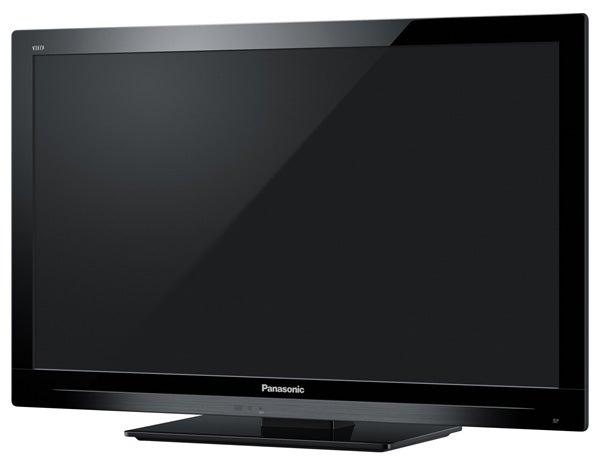 There is a bit of an issue with the screen’s contrast performance, though, in that we detected a few moments where the picture’s general brightness level jumped up or down quite aggressively when the footage being shown cut abruptly from very bright to very dark, or vice versa. This is down, presumably, to a built-in dynamic contrast system that adjusts the brightness downwards during dark scenes to boost black level response. Such features are commonplace on LCD TVs, but given that the one in the L32E3B can be quite aggressive, it would have been nice if Panasonic had provided the option to turn it off when watching something that has extremes of contrast in it.

To finish on an appropriately positive note, though, the L32E3B is a potentially good option for gamers, as we measured its input lag at under 10ms – which is about as good as it gets, really. The only downside is that the motion blur can distract a bit when you’re panning quickly around.

Sonically the L32E3B is par for the very thin TV course, really. Which means it sounds OK with basic, undemanding stuff like your average daytime TV programme, but succumbs to harshness and thinness when pushed by a good action scene – thanks for the most part to a fairly fundamental shortage of bass.

The L32E3B unexpectedly outperforms the 42in model from the same Panasonic series in terms of picture quality. And it also makes a better case for itself financially, since it costs a cool £65 less than the much more feature-heavy L32E30 step up model, whereas the L42E3B was only £35 less than the L42E30B.

While it’s thus a much more attractive entry-level option than the L42E3B, though, its motion handling issues together with its shortage of multimedia features mean we can’t quite award the L32E3B full TrustedReviews Recommended status.