Like most mainstream brands, Panasonic has made a resolute move into LED backlighting for 2011, bringing LED-lit sets in much lower down its latest range than it did in 2010.


So it is that we find Panasonic’s 32in TX-L32E30B sporting edge LED lighting despite costing just £600 and sitting in the lower half of the brand’s latest Viera TV range. But as regular readers will know, while LED lighting certainly can improve picture quality over CCFL lighting, it’s not an absolute guarantee of better images. So without further ado, let’s get on with finding out exactly what the L32E30B has to offer. 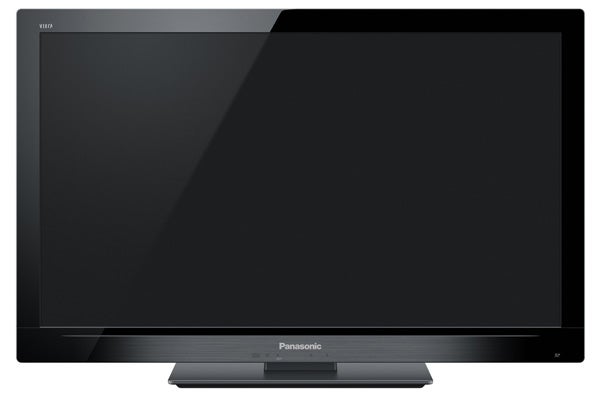 Aesthetically, it’s a definite improvement on previous equivalent Panasonic sets, with a more luxurious finish, a markedly more slender rear, and a subtle but worthwhile ‘designer’ touch in the shape of a smokey grey section in the centre third or so of the bottom edge.


It’s impressively well stocked with connections for its price point too. For as well as a heart-warming four-strong HDMI count, it also has a trio of USB ports (one of which can be used for adding an optional Wi-Fi dongle), an SD card slot, and a LAN port for hardwiring the TV into your home network.


The USBs and SD slot can handle a decent if not exhaustive selection of music, photo and video formats, while the LAN lets you enjoy potential future functionality associated with the L32E30B’s built-in Freeview HD tuner; DLNA connectivity with any compatible networked PC; and access to Panasonic’s new Viera Connect system.


This, as you would expect, is the next generation of the Viera Cast online service found on the past couple of Panasonic TV generations. (In fact, the relevant button on the remote is still labelled Viera Cast!) 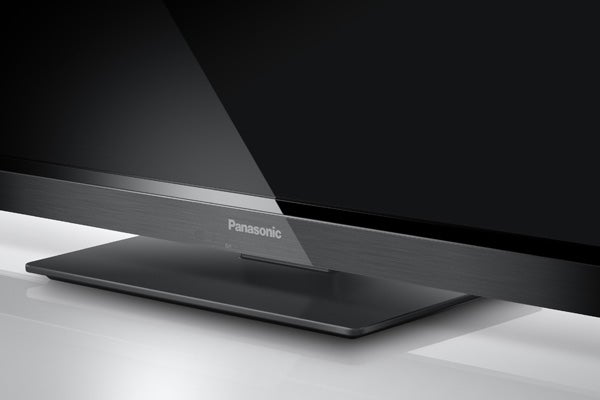 But what does the update bring? Potentially a heck of a lot. For a start, it’s now being promoted as an open platform, to encourage the development of more applications. But it will also radically increase the number of online services available, and perhaps most intriguingly, it can expand hardware functionality through an ability to handle such things as health/fitness equipment and game controllers. Naturally, all the new hardware you’ll need will be available via a new on-TV shopping portal, just to make spending your money as easy as possible!


The sort of purchases we’re talking about here will include joysticks, weight scales, heart monitor armbands and even a treadmill!


The whole Viera Connect system is stored on a cloud, making it potentially almost infinitely upgradeable, and as a sign of just how key Viera Connect is in Panasonic’s 2011 strategy, the system will be available on 70 per cent of the brand’s range this year.


Considering how keen Panasonic is to emphasise what a step forward Viera Connect is, though, it’s a little disappointing to find that it’s presented using the same onscreen interface as its predecessor.

On one level, using the same onscreen interface as its predecessor isn’t a bad thing; the basic presentational format of showing eight animated header screens around a central screen playing the TV programme or AV input you were watching continues to play is an attractively visual approach to handling online content. The problem is that you can’t fit many Viera Connect services on this menu system at any one time, meaning you might find yourself having to burrow through a number of ‘layers’ of Viera Connect menus before you find the particular service you were after.


To be fair, Panasonic allows you to customise which apps you put on which layer of the interface, including the opening ‘home’ screen. But the system still feels like it’s rather disguising the amount of content available rather than making it easier to get at everything.


In terms of content, at the time of writing, the default home Viera Connect screen featured Facebook, Skype, Eurosport, YouTube, the AceTrax video rental/purchase service, a setup/help section, a direct link to the Viera Connect Market (where you choose what apps you want) and, thankfully, the BBC iPlayer. This key driver of online TV use was conspicuously absent from last year’s Viera Cast TVs. 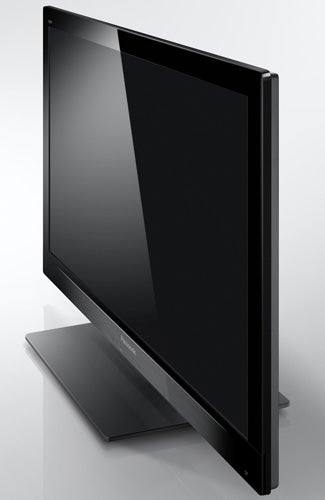 
It’s a shame, perhaps, that there’s no open Internet browser like there is on Samsung’s new Smart TVs. Also, it’s clear that a number of these services are foreign language channels with accordingly limited appeal to most UK users. Indeed, we suspect much of the content just listed will reinforce the view of many of our more sceptical readers that so-called Smart TV functions are actually pretty dumb when considered against what’s possible via PCs and games consoles.


But as well as it being impossible to say how much the roster of ‘channels’ available might grow in the coming months and years, there’s still no denying the appeal of finding the video and – to a certain demographic – social networking tools in a TV setting.


Please note that if you fancy using the Skype feature, you’ll need to make one of Panasonic’s optional Skype cameras the first accessory you buy for your new ‘connected’ TV. Immediately followed, probably, by a USB keyboard.


Other features of note on the L32E30 include the ability to record from the Freeview HD tuner to USB drives, a noise reduction system, Panasonic’s Intelligent Frame Creation system for reducing judder and blur, and a decently wide-ranging series of picture presets including photo, game and two Cinema modes – one of which, True Cinema, claims to ‘precisely reproduce the original quality of the image without any revision’.


People who like to tinker with their TVs should note that the E30’s relatively low position in Panasonic’s new range prevents it from getting any ISF (Imaging Science Foundation) endorsement, or the sort of colour and gamma management tools that usually come with such an endorsement.

Moving on to the L32E30’s picture quality, the news is a little more mixed than we’d ideally like. Starting with the bad news, we weren’t blown away by the set’s motion handling. For despite the set apparently having 200Hz (100Hz plus a blinking backlight), there’s some fairly obvious motion blur. Standard definition pictures, in particular, definitely look slightly laggy. There’s also some pretty serious softening of moving objects if you don’t have the IFC processing turned on – so much so that whether image purists like it or not, if you end up with an L32E30 we’d say you should really leave IFC switched on all the time..


With this in mind, though, we would have appreciated being given more control over the L32E30’s motion processing than the simple off, Mid and Max settings provided.


Our other chief point for concern is the L32E30’s black level response. For while this marginally improves on the black level response of previous Panasonic LCD TVs at this level of the market, there’s still pretty clear evidence of the dreaded ‘grey mist’ clouding parts of the picture that should look black. As usual, this leaves dark scenes feeling a little flat, as subtle shadow details get ‘crushed’ out of the image.


Thankfully, the amount of greyness is, at least, consistent right across the screen; there’s practically no sign of the backlight inconsistency that plagues so many edge LED TVs to some extent. But that only makes the general greyness a little less noticeable. 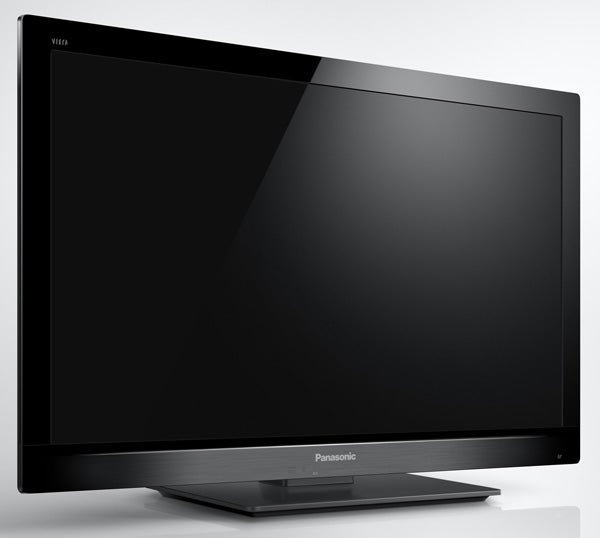 Finally, the L32E30’s post-calibration picture feels a touch less bright and dynamic than those of some rival sets, which might be an issue if you’re wanting to install one in a very bright room.


In most other ways the picture is good. Colours show a likeable preference for subtlety and realism over the often hyper-saturated tones found on many other affordable LCD TVs.


HD pictures look detailed and reasonably crisp too, except for when the motion issues get in the way, and noise concerns such as dot crawl, detail moire and colour bleed aren’t an issue.


Also likeable is the L32E30’s upscaling of standard definition material, especially if you set the Resolution Enhancer system to its Mid level, and we appreciated the subtlety it can deliver with colour blends and tones. Only reds and purples seem to lack a little finesse in their very upper-most registers, but these seldom crop up anyway with normal video viewing.


Finally where pictures are concerned, the L32E30’s use of one of Panasonic’s IPS Alpha LCD panels means its pictures retain contrast and colour response from noticeably wider viewing angles than you tend to get with standard LCD panels.


The sound accompanying the L32E30’s pictures is also respectable without setting the world on fire. There’s no great extension at either the bass or treble ends of the spectrum, but the mid-range is just about powerful and open enough to stop things becoming painfully crowded when the going gets tough. Trebles aren’t as over-dominant as they often can be on very slim TVs, either.


As a sub-£600 32in TV with a reasonably exotic suite of online and multimedia functionality, the L32E30 is a perfectly respectable effort. If looked at in the context of the opening salvo in Panasonic’s 2011 TV assault, though, we have to say it’s just a little disappointing. From what we’ve seen at various press events and product previews in recent months, we’re confident that the brand has some way more exciting products up its sleeves. Watch this space…