3D TVs using LCD technology were conspicuously absent from 2010â€™s Panasonic TV range. A fact we rashly put down to a combination of Panasonicâ€™s abiding preference for plasma technology, and the fact that Panasonic sticks mostly to relatively small screens with its LCD models.


According to Panasonic, though, the real reason it didnâ€™t do a 3D LCD TV last year was that it didnâ€™t feel its LCD screens were up to the job. Or perhaps it would be fairer to say it didnâ€™t feel LCD technology full stop was up to the job – a position all too easy to agree with given how 2010â€™s 3D LCD TVs were all afflicted by the double ghosting noise known as crosstalk. 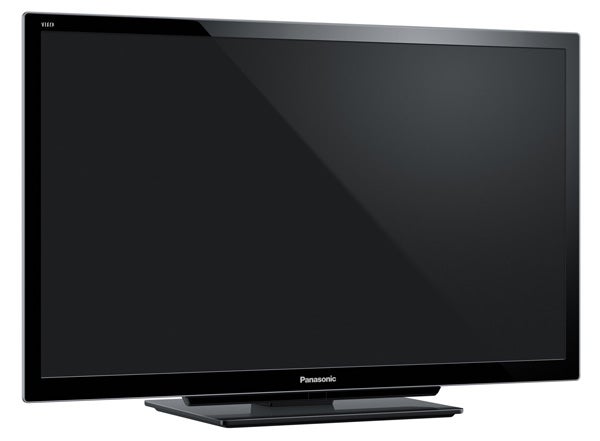 The main two innovations are a reduction in the â€˜gapâ€™ between the backlight and the screen, and the use of a new liquid crystal material thatâ€™s more fluid than its predecessor. The net result of these improvements is reckoned to be a 50 per cent reduction in the L32DT30â€˜s response time versus previous Panasonic LCD panels.


Also potentially key is the L32DT30â€™s use of a combination of a real 200Hz refresh rate and a scanning backlight – a combination that allows Panasonic to call its new 3D groundbreaker a 400Hz model.


While weâ€™re on the subject of the L32DT30â€™s panel technology, itâ€™s worth adding that itâ€™s one of Panasonicâ€™s IPS-Alpha designs, with their ability to be watched from a wider angle than normal â€˜VAâ€™ designs.


Itâ€™s tempting to go straight into looking at whether Panasonicâ€™s 3D-friendly LCD panel improvements actually deliver on their promise. But weâ€™d probably best stick with our normal order of doing things!


Which means forming an opinion about the L32DT30â€™s looks. Panasonicâ€™s recent TV designs have been notoriously drab to be brutally honest, so itâ€™s a relief to find the L32DT30 looking both slinky (it uses edge LED lighting, naturally) and even quite chic in its glossy, metallic finish offset by a dash of metallic trim.


Fans of â€˜size zeroâ€™ TV models might take offence at the sight of a bulge along the back of the L32DT30â€™s bottom edge. But personally, weâ€™re quite happy to see this, for it shows that the L32DT30 actually has proper box speakers. Bonus.


The DT30 range, comprising the L32DT30 and 37in L37DT30, is actually Panasonicâ€™s flagship LCD range. So itâ€™s not surprising to find it packing an excellent collection of jacks. Four HDMIs are on hand for your HD and 3D video sources, but more intriguing are an Ethernet port, three USBs and an SD card slot.

Looking at these in turn, the Ethernet jack provides access to your networked DLNA computer, potential interactive services from the integrated Freeview HD And Freesat HD tuners, and Panasonicâ€™s new Viera Connect â€˜smart TVâ€™ service. The USBs can play back a good selection of video, photo and music files from USB storage devices; make the TV Wi-Fi ready via an optional USB dongle, or even record stuff from the digital tuners to a wide selection of powered USB HDDs. And the SD slot can also be used for playing back multimedia files direct from SD storage cards.


We covered the new Viera Connect service in our review of the L32E30B recently, so we wonâ€™t go into full detail on it again here. Suffice to say its highlights include a new Apps marketplace, the addition of the BBC iPlayer to the solid service set carried by Panasonic with its previous Viera Cast system, and a new level of interactivity that will include gaming options and health and safety utilities. In fact, Panasonic is intending to sell joysticks, weighing scales, heart rate monitors and even treadmill hardware accessories for – and through – the new Viera Connect service. 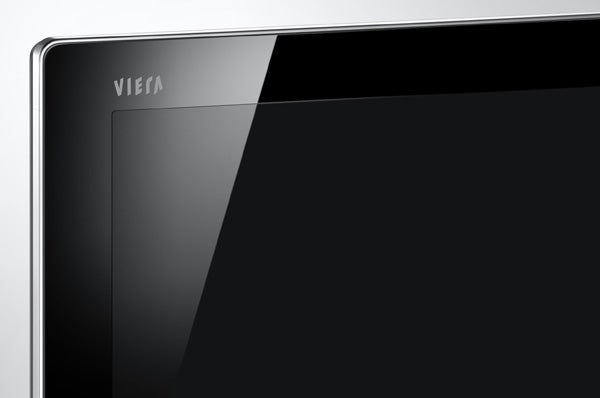 The L32DT30 carries the endorsement of the Imaging Science Foundation (ISF), which gives you a couple of ISF presets and, once youâ€™ve selected the ISF option, access to a reasonably comprehensive colour management system and gamma controls.


Itâ€™s worth noting, perhaps, that the L32DT30 doesnâ€™t join some of Panasonicâ€™s 3D plasma TVs in having THX certification.


The L32DT30â€™s 3D stuff does include, though, 2D to 3D conversion, and an auto-detect mode for spotting side-by-side sources like Skyâ€™s 3D broadcasts. The set has a built-in active 3D transmitter, but we were slightly disappointed given that itâ€™s hardly cheap by 32in standards to find that it doesnâ€™t ship with any 3D glasses. So youâ€™ll have to add Â£100 a pop for any pairs of 3D glasses you need.


With this in mind, the L32DT30â€™s 3D performance had better be worth it. And actually, it is.


For as we can tell almost immediately, the L32DT30 suffers less with crosstalk than any other LCD TV weâ€™ve seen. In fact, thereâ€™s scarcely any at all, which pretty much by default makes the L32DT30â€™s 3D pictures the best weâ€™ve seen from an active 3D LCD screen. It doesnâ€™t exactly damage our already positive feelings towards the L32DT30â€™s 3D images, either, that they enjoy a surprising amount of brightness, sharpness and colour richness. Dark areas lack some shadow detail versus Samsungâ€™s latest 3D images, but then the Samsungâ€™s have more crosstalk.


Actually, our only real concern about the L32DT30â€™s 3D images is a simple matter of scale. For we just couldnâ€™t get as involved in the L32DT30â€™s 32in 3D worlds as completely as we usually do with much bigger 3D screens.

The panel design improvements instigated to improve the L32DT30â€™s 3D performance should also boost its 2D performance. And itâ€™s certainly true that the L32DT30 delivers a clearly better 2D performance than last yearâ€™s edge LED Panasonic TVs. Motion looks crisper, provided at least you have the setâ€™s Intelligent Frame Creation system set to its Mid level. Black levels look deeper at the same time that light parts of the picture look brighter. And colours look noticeably richer – or perhaps warmer would be a better way of putting it, fitting nicely with the sort of colour tones usually preferred by serious film buffs.


However, itâ€™s not all sugar and spice. For while contrast is improved, dark scenes still look more grey and watered down than they do on some rival sets unless you activate the L32DT30â€™s Local Dimming system. But while this system dramatically improves black colours (albeit at the expense of a little shadow detail), it also causes a problem of its own in the shape of noticeable squares or rectangles of backlight inconsistency around bright objects when they appear against dark backgrounds. 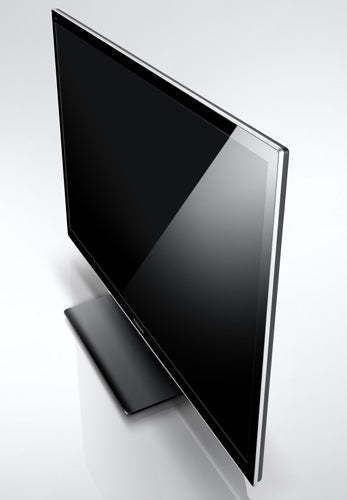 The IFC system, too, while improving the L32DT30â€™s motion resolution considerably, can cause a few unwanted side effects. But weâ€™d still recommend leaving it set to its mid level for the majority of the time.


Finishing things on an appropriately high note is the L32DT30â€™s audio. Those unusual full sized speakers more than justify their extra bulk with a soundstage thatâ€™s much more open, full-blooded, clear and dynamic than the puny thin efforts found on so many 32in TVs. Note to TV industry: If forced to decide between a few cm of extra depth on a TV and better sound, personally weâ€™ll plump for the sound every time.


The L32DT30 is nothing short of revelatory when it comes to 3D playback. The way it shows full HD active 3D material with scarcely a trace of the dreaded crosstalk interference proves without question that plasma isnâ€™t the only viable 3D option. Of course, this is potentially a bit ironic given Panasonicâ€™s passion for the plasma cause. But there you go.


Itâ€™s just a pity that the impact of Panasonicâ€™s glorious 3D achievement is diminished by the small size of the screen itâ€™s appearing on. And itâ€™s a shame, too, that relatively few people will likely get to experience it on account of the L32DT30â€™s rather heavy price for a 32in set, especially once youâ€™ve factored in 3D glasses.


But while these annoying â€˜practical mattersâ€™ and a few contrast concerns might stop us from being able to award the L32DT30 the wholehearted recommendation its innovations probably deserve, this doesnâ€™t diminish from the extent of its technical achievement.