If awards were handed out for sheer abundance, Panasonic would be sweeping the board right now. For it seems as if a new one lands on our test benches every other day.


Today’s model is a little different to the others we’ve received lately, though, in that at just 26in across, it’s the first set we’ve seen from Panasonic’s new range that’s more likely to serve as a second-room TV than a main living room set. So without further ado, let’s find out if the Panasonic Viera TX-L26X10 is worthy of a place in your study/bedroom/conservatory/potting shed/wherever.


As usual with Panasonic TVs of late I have to start by slightly bemoaning the TX-L26X10’s design. Its reasonably glossy black framework with a gentle arch along the bottom edge is not actually ugly, or anything, but, well, neither is it very inspired or different from the pack. I can’t help but think that Panasonic could do much better if it really put its mind to it – and probably improve its sales figures in the process. 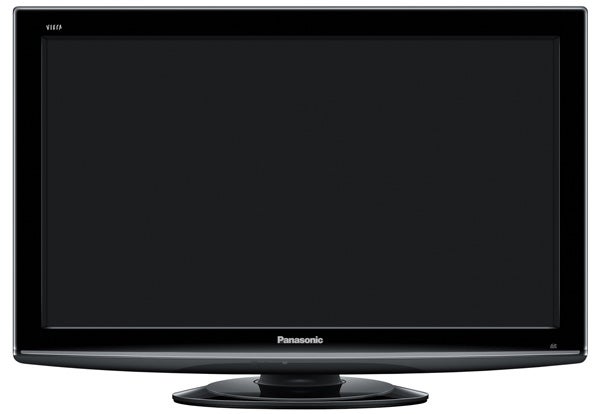 The set’s connectivity is perfectly satisfactory for a TV likely to find second rather than main room use. Three HDMIs get things moving, with highlight support coming from an SD card slot enabled for JPEG photo viewing, and a D-Sub PC port.


As I’d expected from my experience with this TV’s 32in sibling, the Panasonic TX-L32X10, the TX-L26X10 isn’t exactly overwhelmed with features. There’s neither 100Hz processing for reducing potential motion blur, nor Panasonic’s Intelligent Frame Creation system for interpolating new ‘intermediate’ image frames to help motion look fluid and judder-free. And unlike models further up Panasonic’s range, the SD card slot can’t handle AVCHD movie files, there’s no Freesat tuner built in, and there are no Internet connectivity tools.


The set’s resolution, meanwhile, is predictably (given the set’s size) fixed at an HD Ready 1,366 x 768. But before we write the set off as completely devoid of interesting features, it’s worth noting that it has a dynamic contrast system for automatically adjusting the set’s backlight depending on the brightness level of the source image (not a given at the 26in level). Plus there’s the increasingly inevitable Eco mode that adjusts the picture’s brightness depending on how light or dark your room is at any given time; a couple of fairly straightforward noise reduction systems; and finally a colour management tool.


Before you start dreaming of hours spent with a test-signal disc twiddling around with the hue, saturation, brightness, etc of all the TV’s individual colour elements, I’m afraid I’ve got bad news. For the colour management system here is purely automatic; it’s either set on, doing its thing behind the scenes, or it’s off. That’s it.

The TX-L26X10’s pictures are for the most part very likeable – especially when considered in the rather impoverished context of the rest of the 26in LCD TV world.


Colours, for instance, are strikingly well defined and vibrant, looking solid and rich with ‘artificial’ stuff like video graphics, but also managing to be natural and expressive with subtler fare like skin tones or naturally lit interiors.


This latter talent, as well as being rare in the small LCD world, points towards another of the TX-26X10’s strengths: surprisingly deep and believable black levels. Why am I surprised by this? Partly because iffy black levels are the single most common failing of small LCD TVs, but also partly because if there’s one weakness Panasonic LCD TVs traditionally struggle with more than others, its black level response. Indeed, this was our only serious problem with the Panasonic TX-L32X10 when we looked at it a week or so ago.


Another area of picture performance where the Panasonic TX-L26X10 comfortably outperforms the vast majority of other small LCDs is sharpness. For instance, it delivers the extra crispness and detail of HD sources with real aplomb for a 720p screen – and without making them look gritty or forced, either. Also – and this is particularly impressive – it suffers remarkably little with LCD’s motion blur problem, despite not having any 100Hz engine onboard. Even the Toshiba 26AV505DB we’ve lauded in the past fell prey to this common LCD issue. But with the TX-L26X10 there were probably only one or two brief moments during the entire review process where I really felt distracted by motion blur at all – an exceptional result for such a small screen.


A final ‘sharpness’ strength of the TX-L26X10 becomes apparent when watching standard definition sources from the set’s Freeview tuner. For even the grubbiest of these digital broadcasts are upscaled to the screen’s HD resolution remarkably astutely, adding detail where it helps and removing video noise where it’s not wanted.

The TX-L26X10’s pictures aren’t completely immune to its relatively ‘entry-level’ status in Panasonic’s range, though. As I suggested earlier, while black levels are good by 26in standards, they’re only ‘solid’ compared with the lovely deep, rich blackness now being achieved by numerous larger LCD screens.


If viewed from an angle, this set’s pictures lose contrast and colour more readily than those of Panasonic’s larger, higher-spec screens, too, and I occasionally spotted signs of shimmering interference over patches of fine detail. 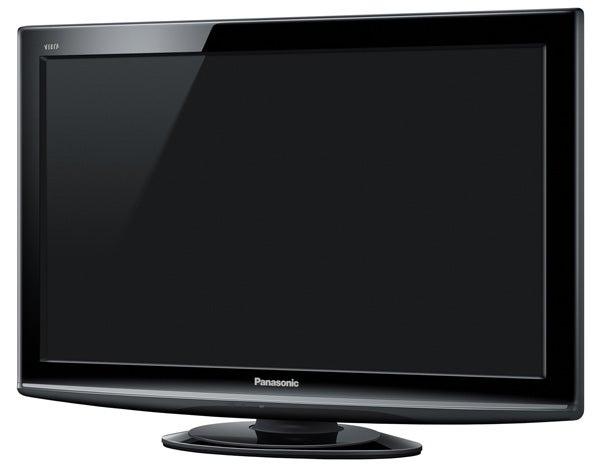 Finally, pictures just don’t look quite as dynamic and three-dimensional as those you might find on a TV with more video processing at its disposal. But really, some of these complaints are a bit unfair. After all, there ultimately isn’t much point making too many comparisons with TVs of a bigger size when people looking at buying a Panasonic TX-L26X10 will probably have already zoomed in on 26in as the size of TV they’re after.


After struggling to find fair negatives to talk about with the TX-L26X10’s pictures, I’m pleased to say that it’s a more than credible audio performer, too. Its diminutive and, if truth be told, slightly plasticky bodywork doesn’t look capable of ‘shifting much air’, as hi-fi folk like to put it. But in fact the set produces a strikingly expansive mid-range that allows the TV to kick up a gear when required by a healthy action scene, while also portraying plenty of treble detail without it ever becoming seriously harsh. It even has a stab at delivering a bit of low-end audio information, though this can distort a fraction when the going gets tough.


If we could judge the Panasonic Viera TX-L26X10 on performance alone, it would be nudging pretty close to bagging a TrustedReviews Recommended award. Its pictures are certainly among the very best we’ve seen from a 26in TV.


But in tallying up the TV’s final marks we just couldn’t ignore the fact that at £499, the TX-L26X10 really isn’t particularly cheap considering that it’s pretty much Panasonic’s entry-level 26in TV. By comparison, the Toshiba 26AV505DB we mentioned in the review, while undoubtedly inferior, can be had for under £300. And even Panasonic’s own new entry-level 37in plasma TV, the TX-P37X10, only costs around £60 or so more if you know where to look. But still, if 26in is the size for you, and you’re willing to pay a bit more for a genuinely premium performance, then the Panasonic Viera TX-L26X10 should fit the bill nicely.