This 37 incher is the third new Panasonic LCD TV we’ve looked at in the past couple of weeks. And it’s also – on paper at least – the highest specified. In fact, it’s Panasonic’s flagship LCD TV, for the brand still relies on plasma technology for anything larger than 37in.


The advantages of going the 37LZD800 route start to materialise as soon as you look at it, for it features a slightly cleaner, sharper appearance than the LZD80 and LZD85 ranges we’ve looked at before. This is down in part to a new Clear Panel design (exclusive to the 37LZD800) for the LCD screen that minimises reflections and apparently should help deliver sharper, crisper images.


There’s a persuasive reason to step up to the 37LZD800 among its connections, too, in the shape of a fourth HDMI where Panasonic’s lesser models only carry three. All four of the 37LZD800’s HDMIs are built to the v1.3 specification and can accept 1080p/24fps inputs from Blu-ray players as well as Deep Color sources such as JVC’s new HD5 and HD6 Everio camcorders. 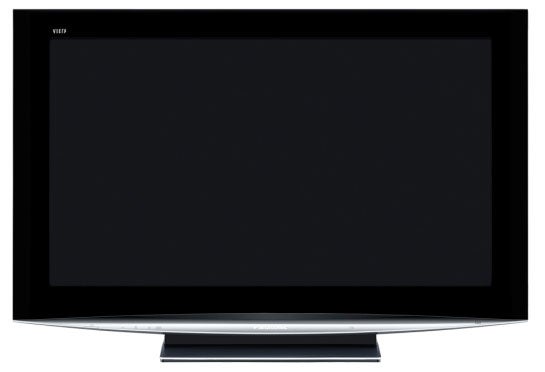 Staying with the key factors that differentiate the 37LZD800 from the LZD85 models one step down the range, the 37LZD800 also boasts Panasonic’s ‘Advanced Smart Sound’ system, where separate tweeter and woofer units are employed in the side-mounted speaker housings to deliver potentially far greater range and clarity than you could hope to get out of the standard single-cone speaker designs employed in Panasonic’s lesser models.


Wrapping the differences up (so far as we can tell!) is the introduction on the LZD800 of picture in picture facilities so that you can watch two AV sources at once. In terms of resolution and contrast, the 37LZD800 matches the LZD85 models point for point – no bad thing when that means it scores a full HD 1,920 x 1,080 pixel count and 10,000:1 claimed contrast ratio.


Inevitably this contrast ratio is dependent on a dynamic contrast system, where the backlight is dimmed during dark scenes to reduce LCD’s ‘clouding’ effect over dark parts of the picture. But since this dynamic contrast system is driven by Panasonic’s consistently impressive V-Real Pro 3 image processing engine, we’d hope for richer, more stable results on the 37LZD800 than we might normally expect to see from the majority of similar systems on rival TVs.

Other elements of V-Real Pro 3 are worth noting too, namely the processing’s ability to add sharpness to the picture, boost colours, reduce video noise and improve motion.

The 37LZD800 has quite a few other motion-boosting tricks up its sleeves too. For starters there’s special 24p support for greater fluidity when showing Blu-ray’s picture format of choice. Plus you get both 100Hz Motion Pro and Motion Focus technologies.


The 100Hz element doubles the image’s PAL scanning rate in a bid to reduce LCD’s tendency to lose resolution and look slightly blurred when showing motion. And Motion Focus technology ‘intelligently’ tweaks the backlight levels in a bid to reduce LCD’s ‘step and hold’ phenomenon (the chief cause of motion blur). All of these motion-boosting touches are found on the LZD85 range as well as the LZD800 range, I should say, as are options within the 37LZD800’s onscreen menus for introducing picture noise reduction and automatic colour management circuitry. 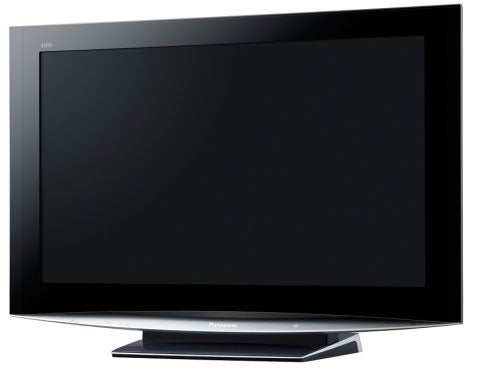 The 37LZD800 also joins its already-tested LZD85 sibling in having an SD card slot tucked in among its connections via which you can play digital still photos, and a dedicated D-Sub port for PC connection.


What you’re all probably gagging to know by now, though, is whether the 37LZD800’s performance lives up to its flagship status. And the short answer is yes, it does. Though the longer answer is a touch more complicated…


What certainly is not in doubt is the simple fact that the 37LZD800’s pictures are excellent – easily some of the best we’ve ever seen from a 37in LCD TV. Colours, for instance, are a joy to behold, combining outstanding vibrancy and saturations during something unashamedly over the top, such as Hairspray on Blu-ray, with some really subtle skin tones while showing the scantily clad stars of Apocalypto, again on Blu-ray.


This colour response also makes the 37LZD800 unusually accomplished at showing HD console games, such as Lost Odyssey on the Xbox 360 – a feat enhanced by the impressive way the screen avoids the common LCD tendency to display seepage over object and scenery edges as you move or pan your way around a typical gaming environment.


This clearly reveals the merits of the 100Hz system, as does a little time spent in the company of an HD Premiership footie match, which finds the players looking clearer and cleaner than you’ll find on practically any other LCD TV we’ve seen to date, save, perhaps, Philips’ 9632D range.

More good news finds motion looking fluid as well as clear, even when watching notoriously tricky 24p sources such as the colourful, motion-packed opening credits of Casino Royale on Blu-ray.


Importantly, though, Panasonic has kept this motion fluidity to a sensible level rather than hitting the frankly unnatural levels of smoothness witnessed on one or two 100Hz TVs – most notably last year’s 100Hz models from Sharp.


More good news with the 37LZD800 finds V-Real Pro 3 doing a better job than most full HD LCD TVs of upscaling standard definition sources to fill the 1,920 x 1,080 screen. Plus you get superb levels of sharpness while showing both HD and standard def alike, achieved without the increase in noise and ‘grittiness’ that spoils a good few rival detail-loving LCD TVs. 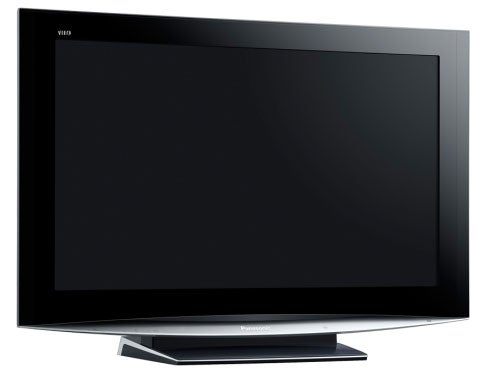 One of the most critical elements of any LCD TV’s performance is its black level response. And here again the 37LZD800 mostly delivers the goods. For while we have seen deeper black levels still, particularly on plasma TVs but even on one or two LCDs (such as Samsung’s new A656 range), those on the 37LZD800 are still perfectly up to the job of portraying your average dark film or game scene convincingly, without suffering distracting amounts of grey clouding, or off-key colour tones.


If we really had to pick fault with the 37LZD800’s pictures, we could say that during really quick camera pans edges can flicker just a fraction. Also, during standard definition viewing some skin tones showed a tendency to look a little over ripe at times, meaning that I often found myself slightly reining in the colour settings when switching from an HD broadcast on Sky HD to a standard definition one.


Finally, it didn’t seem to my eyes that the ‘Clear Panel’ design really contributed anything significant to the picture party, meaning that while excellent I didn’t feel as if the 37LZD800’s pictures were really significantly superior to those of the cheaper LZD85 range.


Moving onto the 37LZD800’s audio, this is pretty much as exemplary as the picture quality. We’ve long admired Panasonic’s Advanced Smart Sound system, and here it’s at is typical best, serving up really excellent levels of power, dynamic range and effects clarity during the action scenes of I Am Legend on Blu-ray. Basically this is only one of a handful of flat TVs with the sound quality to really do an action movie soundtrack justice.


Although there’s no doubt that this is yet another truly excellent TV from Panasonic, I’m not totally convinced that it offers enough extra quality over the LZD85 range to justify its price hike. Unless, of course, you have a burning desire for four HDMIs and/or you want a sound performance good enough to do your films proud without needing a separate audio system.