The latest in what’s becoming a quite dizzying storm of new Panasonic TVs is upon us – meaning the first thing we have to clear up about the 32in TX-32LXD85 LCD model is exactly where it fits in Panasonic’s range.


The most important point is that the second ‘X’ in its name signifies that it’s got an HD Ready resolution of 1,366 x 768 rather than the 1,920 x 1,080 full HD pixel count of the Panasonic 32LZD85. This fact alone is enough to place it at the bottom of the current Panny flat TV tree, although there are other differences too.


Before covering those, though, we should stress that the 32LXD85’s relatively low status in the range is reflected in its price, as it can be yours for just over £600 – around £160 cheaper than the 32LZD85 at the time of writing. 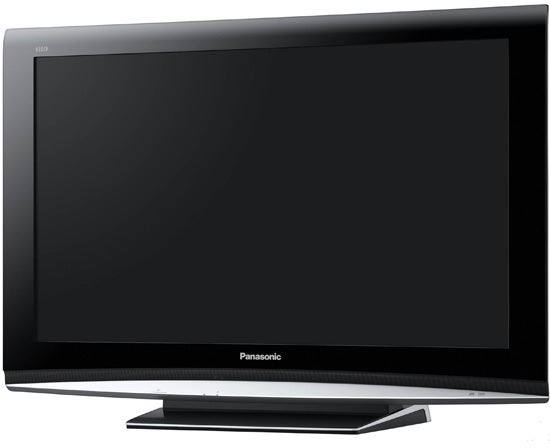 Anyway, back to things the 32LXD85 lacks versus the LZD85; kicking off with Panasonic’s Motion Focus Technology for making moving objects look sharper. Plus, surprisingly, there’s no support for the x.v. Colour format and no specialist 24p Film mode for improving the fluidity of playback of 1080p/24 sources from Blu-ray players. Please note, though, that this does not mean the TV can’t actually accept 24p feeds – it can.


One thing the 32LXD85 happily has in common with the 32LZD85 is 100Hz processing, to make motion in the picture look sharper and smoother. If this turns out as successful a 100Hz system as that witnessed on the 32LZD85 – and we have no reason to expect that it won’t be – then the set’s picture quality will be off to a very good start.


The 32LXD85 is also on a par with Panasonic’s costlier model in terms of connectivity. Which is to say that you get a healthy three HDMI inputs, a component video input, a 15-pin D-Sub for PC connectivity, a couple of SCARTs (both able to receive RGB signals), S-Video and composite video inputs, and even an SD card slot you can use for playing digital stills directly from SD camera cards. Please note, though, that this SD card slot will not also play the AVCHD video format handled by one or two of Panasonic’s SD card-sporting TVs (including the brand’s upcoming freesat models).

Within the attractive, well-organised onscreen menus, meanwhile, the most interesting features on offer are a noise reduction tool, a colour management tool that tries to automatically optimise colour settings based on a continual assessment of the incoming video signal, a virtual surround mode (complete with the facility to tell the TV how far your speakers are from your wall), and the option to deactivate all overscanning.


Obviously this latter feature is not as important on a ‘mere’ HD Ready TV as it would be on a full HD set. After all, the UK doesn’t have any 1,366 x 768 sources, only 1,920 x 1,080 ones, and so HD images will have to be scaled to the TV’s lower resolution regardless of whether overscanning is set on or off.


The final background information on the 32LXD85 concerns its V-Real Pro 3 image processing. This is the same system we’ve seen delivering such exemplary results on other new Panasonic TVs, with its emphasis on reducing video noise, improving colours and sharpness, and boosting black level response. 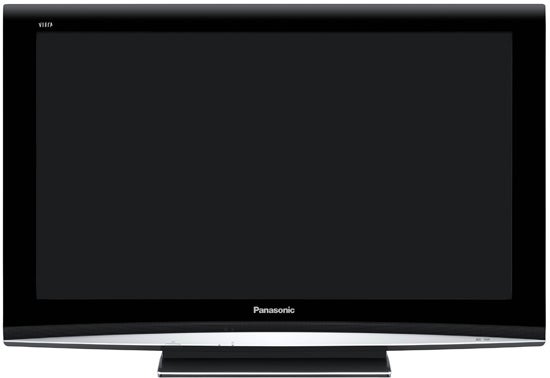 In fact, thanks to the dual efforts of V-Real Pro 3 and a built-in automatic backlight adjustment that can dim the picture’s brightness during dark scenes, the 32LXD85 claims a very respectable contrast ratio of 10,000:1.


In assessing the 32LXD85’s picture quality, the best place to start in this reviewer’s humble opinion is by seeing how much we miss the full HD resolution found on the 32LZD85. And the answer is, not as much as we’d feared or even expected.


Regular readers will know that I’m currently obsessed with Sky HD’s remarkably high quality recent broadcast of ”The Italian Job” (the 1969 version, obviously), and I was really pleasantly surprised by how much of this broadcast’s stunning sharpness and detail the 32LXD85 manages to deliver.


You can still appreciate the difference in the weaves of Charlie Croker’s sharp but slightly cheap linen suit versus the shiny Italian quality of the Mafia boss as the latter threatens to kill Charlie and his crew on a mountain road. And the gorgeous scenery around this scene still looks effortlessly ‘HD’ in detail and depth, as do the later aerial shots looking down on Turin.


Particularly impressive is the cleanliness of the V-Real processing’s scaling. For I could see scarcely a trace of any of the colour fizz, dot crawl or edge noise that can accompany the rescaling process. The only time I could really see a difference between the HD Ready 32LXD85 and full HD 32LZD85 was during a few medium range and long distance shots, when faces and clothes definitely didn’t look quite as detailed as with the full HD model.

The 32LXD85’s black level response is very good indeed by 32in standards. The black Mafia cars in ”The Italian Job” and a night-time helicopter ride around Liberty City in the Xbox 360’s ”Grand Theft Auto IV” both enjoy equally solid, deep blacks – a talent that in the latter case is key to making you realise just how ground-breakingly large and detailed Liberty City really is.


What’s more, these impressively deep black levels aren’t troubled by the sort of overt brightness ‘jumping’ that we sometimes see with TVs that employ dynamic backlight systems.


The 32LXD85’s colours are also exemplary, helping the set do a great job of delivering ”The Italian Job’s” joyously rich, bright cinematography, yet also ensuring that hardly a hue looks out of place or unnatural. In fact, in some ways – certainly where rich reds are concerned – I’d say this LCD model’s colours are actually more natural than those of Panny’s plasmas, and that’s saying something. 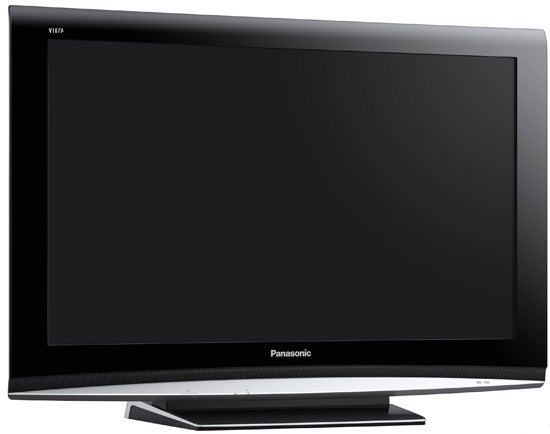 Panasonic’s 100Hz engine, meanwhile, earns its corn in no uncertain terms with the superb way it handles everything from the Mini Cooper chase in ”The Italian Job” through to my desperate efforts to shake off the cops in a car after hitting a four-star wanted level in ”GTA IV”. Moving objects lose surprisingly little resolution as they cross the screen, yet also, critically, there are practically none of the common nasty side effects – MPEG blocking, haloing around moving objects, image lag – from the 100Hz processing engine.


In fact, video noise in general is incredibly hard to see, leaving only some minor complaints about the 32LXD85’s picture (other than the aforementioned slight lack of detail versus a full HD set with long-distance shots). These small issues include the occasional very high brightness edge that can flicker a little during really rapid movement or a camera pan, and the motion during 24fps playback, which could be slightly – but only slightly – smoother.


Previously, sets towards the bottom of Panasonic’s ranges have tended to have rather feeble audio. But while not perfect – or as good as Panasonic’s flagship flat TVs with their Advanced Smart Sound systems – the 32LXD85’s sonics are perfectly powerful and dynamic enough to pass muster with pretty much any TV programme, and even the majority of films.


If you want the very best picture quality on offer from Panasonic’s latest LCD range, then you need to stump up the extra cash for one of the brand’s LZD full HD models. But if you’d rather save over £150, take it from me that the HD Ready 32LXD85 is still a sensational picture performer that actually makes the full HD efforts of a few rival brands look positively impoverished.