Having pretty near wet myself over Panasonic’s sublime and huge 65in TH-65VX100E plasma screen in my previous review, I thought it might be kind of fun to turn to what’s almost the polar opposite end of Panasonic’s TV range, as represented by the 26in TX-26LXD80. Can this relatively low-rent diddyman – which inevitably uses LCD rather than plasma technology – show that Panasonic’s TV accomplishments are truly blind to size and cost?


If there’s been one thing about Panasonic’s latest TV range that I’ve consistently been underwhelmed by, it’s their aesthetics. And sadly the 26LXD80 continues that theme, looking really quite drab in its bland black frame. A little arc of silver along the bottom edge helps alleviate the boredom a little, but it’s not enough.


Still, you don’t have to be cute to be good at what you do (um, unless you’re a model, I guess), so let’s swiftly move on to something more practical: the 26LXD80’s connections. And here things look up nicely, as I spot among them a healthy three HDMI jacks, a component video port, a D-Sub PC jack and even an SD card slot for the direct viewing of JPEG photos recorded to SD cards. 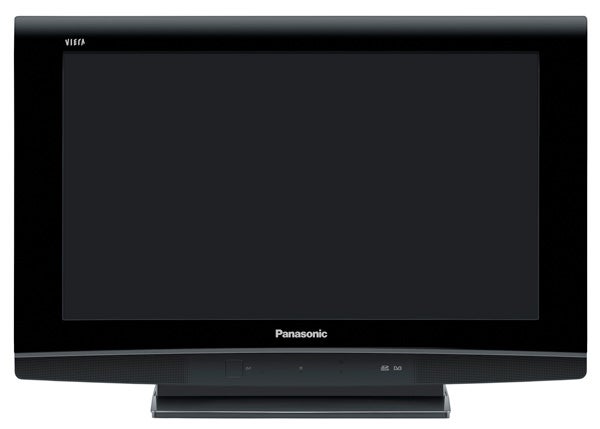 Starting next to explore the 26LXD80’s features quickly reveals another bit of good news: the set’s operating system is every bit as easy to handle as those of practically every other Panasonic TV we’ve seen in recent years. The onscreen menus are neat and logically organised, and the remote control has an uncanny knack of ensuring that all the most important buttons fall easily and quickly to hand.


Don’t assume from this that the 26LXD80 isn’t respectably well-featured for its money and size, though. For among its highlight features is a 3D colour management system for manually adjusting the tones of the picture’s key colour elements; a couple of different noise reduction systems; and a handy, thoughtfully configured set of image presets that include a Cinema mode I’d personally recommend you use no matter what sort of image you’re watching.


Despite these handy bits and bobs, though, I can’t ignore the fact that the 26LXD80 doesn’t provide any version of Panasonic’s acclaimed V-Real image processing, presumably because Panasonic decided that the need to cut costs is more important at the 26in level than the need to add high-level picture processing.


Trying to be logical, I guess it’s hard to disagree with this argument – but that doesn’t stop me fearing that I’ll miss the V-Real system badly when I eventually sit down to see what the 26LXD80 can do.


While I’m on the subject of picture features the 26LXD80 does not have, there’s no 100Hz engine either. But this is only to be expected on an affordable 26in TV, so I won’t hold it against the 26LXD80 – unless its motion handling turns out to be a smeary mess, of course!

While Panasonic’s plasma TVs have met with near-universal success during recent reviews, its LCD TVs have tended to be more hit and miss. And it’s fair to say that while not quite a total miss, the 26LXD80 certainly isn’t any sort of classic.


In fact, since my first feeling about the TV’s performance was one of gentle but definite disappointment, I might as well start the testing section of this review by going through the things I don’t like about the 26LXD80.

Starting with its colour response, which to my eyes looks distinctly inconsistent. Some bright colours seem to flare and leap out too strongly, while also an odd yellowy pall occasionally pervades certain shots, having a particularly distracting effect on some skin tones.


I was also surprisingly unimpressed by the 26LXD80’s way with HD. For HD sources just didn’t appear with as much sharpness and detail in them as I would have expected, even taking into account the TV’s 1,366 x 768 (rather than Full HD) native resolution and relatively diddy 26in screen size.


Contributing to this lack of HD ‘snap’ is some noticeable motion smearing, recalling my earlier disappointment about the lack, however predictable, of any 100Hz processing. 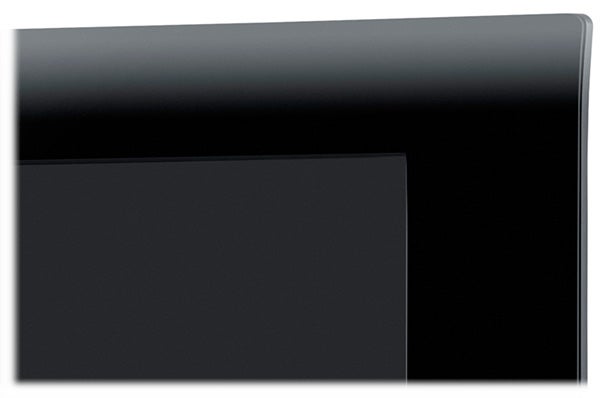 Yet another problem is the 26LXD80’s black level response. With even some 19in TVs we’ve tested recently showing good strides forward with this key image element, the amount of flattening, detail-hiding greyness visible over dark scenes on the 26LXD80 is a real disappointment. Especially as the black level problems are substantially exacerbated if you watch the TV from any angle greater than 35 degrees or so.


Finally in the negative column, the 26LXD80’s speakers prove pretty average. They deliver decent amounts of clarity and precision with treble information during straightforward, sonically undemanding footage, but as soon as any bass is required it seems to get lost in the ether somewhere. As do voices during high-impact action scenes.

Pulling against the problems we’ve just described, meanwhile, is the image’s brightness. This is truly exceptional for a 26in TV, making it one of only a handful of small TVs we’d really recommend for use in a sun lounge or conservatory. 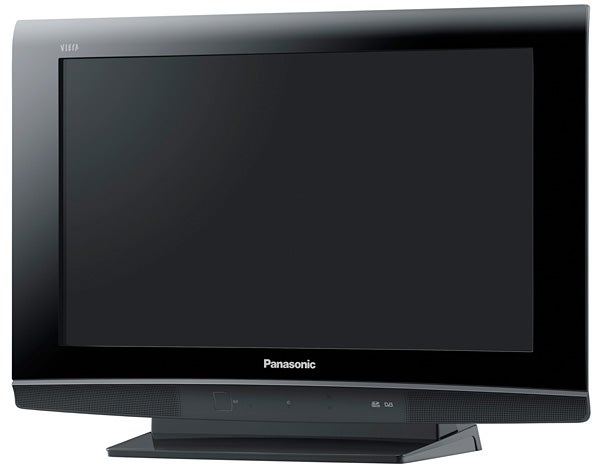 Another extremely important 26LXD80 talent is its ability with Freeview broadcasts. For it decodes and upscales these notoriously noisy, inconsistent standard definition sources to its native HD resolution with a deftness of touch in terms of noise suppression that’s truly exceptional. This makes it a great daytime TV TV, if you see what I mean, and this alone could be enough to make it the second-room TV of choice for many households. It’s only with more demanding drama and film sources that its various weaknesses substantially come into play.


Another less important but still worthwhile success I noted was the 26LXD80’s affinity with games consoles, thanks to what appears to be a pretty fast response time and the richness of its colours.


If you’re after a simple, no-nonsense TV for daytime telly viewing in, say, a kitchen or conservatory, the 26LXD80’s exceptional Freeview talents give it instant appeal. However, within the more demanding environment of a study or bedroom, where dramas and films are more likely to be watched, the 26LXD80’s flaws make it a less convincing option – as well as perhaps making its price look slightly steep.