Panasonic, it seems, can do no wrong in the flat TV world right now. Every recent LCD or plasma TV we’ve tested from the brand has delivered the goods in no uncertain terms. So how come the Overall mark at the top of this review of Panasonic’s 26in TX-26LMD70 only reads a solid seven rather than a spectacular nine or ten? Well…


There’s nothing about the TV’s design to cause consternation. Its black finish is robust enough and its lines cool enough to make for a pleasant presence in your room. The rear end sticks out a bit further than most LCDs, perhaps, but we’re only talking about three or four centimetres. 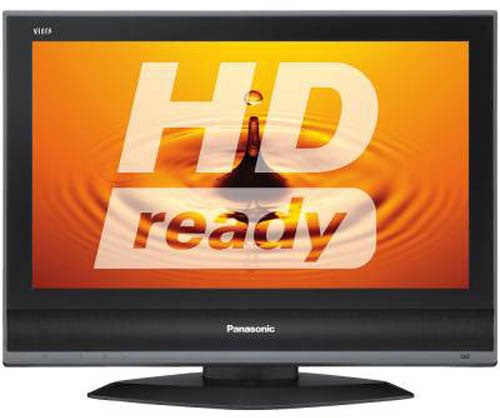 The 26LMD70’s connections, too, seem fair enough. Twin HDMIs are provided for digital high definition duties, component video is provided for analogue HD and progressive duties, and happily there’s a D-Sub PC input so that you can double the screen up as a PC monitor. We find this sort of dual functionality particularly handy on 26in screens, since their size means they are much more likely than bigger screens to find a place in a bedroom or study – places where ‘utility’ features like PC and TV compatibility come more into their own.


At this point we should probably say that however good first impressions of it appear to be, the 26LMD70 is actually Panasonic’s entry-level 26in TV. And so it’s not reasonable to expect it to sport the same sort of feature count or talent as the brand’s other ranges. This provides the first real clue to the OK rather than great mark we’ve given the TV – though actually, from a cursory glance at the TV’s specifications sheet, it’s not immediately obvious where the inevitable feature trimming has taken place.

For instance, much to our surprise the 26LMD70’s entry-level status doesn’t prevent it carrying Panasonic’s new V-Real 2 image processing engine. One element of this is, intriguingly, 1080p support, making the 26LMD70 very unusual in 26in LCD circles for being able to take 1080p signals. Of course, you might very well argue that having 1080p support on a 26in TV is a moot point given the unlikelihood of your being able to see the 1080p advantage on such a small screen. Especially when that screen’s native resolution is an HD Ready 1,366 x 768 rather than a Full HD 1,920 x 1,080. But heck; if you’ve got it, flaunt it, we say!


Other elements of V-Real 2 include sophisticated noise reduction routines that attempt to eke out the causes of video noise before any noise can actually appear, rather than simply trying to get rid of noise after it has appeared as is usually the case. Plus there’s a colour management component and, crucially, something Panasonic likes to call an ‘Intelligent Scene Controller’. This is actually a dynamic backlight system where the image’s brightness is reduced during dark scenes to deliver better black level response. What’s more, Panasonic reckons it can reduce the brightness of ‘black’ pixels to only a 7th the brightness of its previous LCD generation – a fact which helps the set claim a contrast ratio of 7000:1, a really remarkably high figure for a 26in TV. 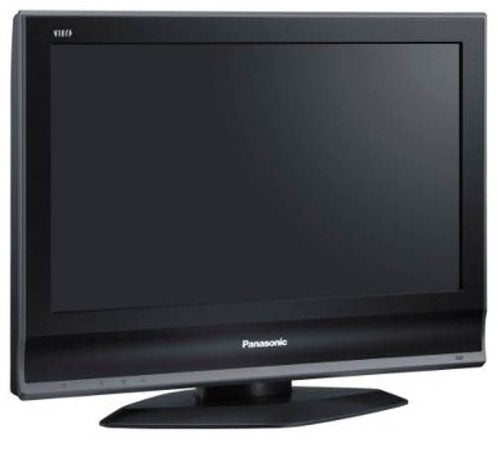 So far it’s still not clear what places the 26LMD70 any lower down the pecking order than, say, the 32LXD70 we looked at a few weeks back. And then it hits us: 100Hz. Unlike Panasonic’s X screens, the 26LMD70 doesn’t have this processing system for making movement look clearer by doubling the normal 50Hz scanning rate.


And boy, do we miss it. As soon as we put an action scene such as the battle for Minas Tirith on the DVD of The Return of the King onto the 26LMD70, it’s noticeable how much less sharp the fighting looks than it does on Panasonic’s 100Hz sets. Moving objects lose enough resolution to make really busy shots actually look quite soft and fuzzy – not the sort of thing we’d associate with Panasonic LCD TVs at all.

The effect of this reduces slightly if you switch to a high definition source, but it’s still there, as is evident in the general blurring around when you use the ‘fast scuttle’ running technique in Gears of War on the Xbox 360.


Before we start to sound too harsh, though, we should say that while the 26LMD70’s lack of 100Hz makes it a slightly poor relation to other Panasonic screens, the resulting motion problems aren’t any more severe than those of most 26in LCD TVs; in fact, they’re rather less offensive than many.


What’s more, in most other ways the pictures are very good, with the V-Real 2 processing working its usual magic. Colours, for instance, are superb; vibrant without being over-cooked or unnatural in tone, unusually wide-ranging in tone, and impressively subtle in blend. The set’s pictures thus look as good with realistic fare like Casino Royale as they do with animated fare like Shrek 2. 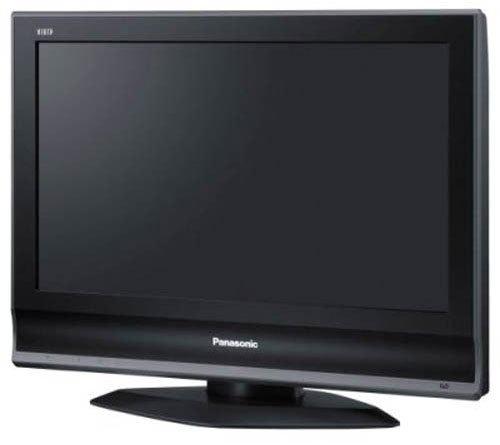 Good colours are seldom found without good black levels, and the 26LMD70 follows that trend. Dark scenes like the one on the HD DVD of Superman Returns where Superman flies Lois around night-time Metropolis actually look decently black, with less of the usual greyness we tend to see with LCDs – especially small ones. Sometimes dark areas can look a touch hollow, and very occasionally we spotted some distractingly over-aggressive activity by the automatic backlight adjuster. But overall black levels remain good.


The 26LMD70’s picture is also very sharp and detailed except for the odd occasion where motion smearing interferes too badly, doing a better job of revealing HD’s glories than many 26in rivals.


Moving briefly on to the set’s audio, despite a distinct lack of bass – a very common shortcoming of small LCD TVs – the speakers get by reasonably well thanks to some good treble detailing and decently rounded vocals.


As the most affordable 26in LCD TV in Panasonic’s current range, it’s hardly surprising the 26LMD70 doesn’t quite hit the same performance highs as other better-specified Panasonic models. But we have to say that we’re also not particularly convinced of its value credentials. For we’ve recently seen the 32in Panasonic 32LXD70 that we loved so much in a previous review, complete with 100Hz processing, now selling for as little as £610. And in our opinion that screen’s extra size and above all picture quality actually make it much more of bargain than the 26LMD70.