If there’s one thing Panasonic’s latest, consistently great plasma TV range has arguably lacked so far, it’s size. For while the 37in, 42in, 46in and 50in offerings have been all well and good, we’ve always found ourselves wishing for something truly colossal to satisfy our most carnal of home cinema cravings.


Happily, today our wishes have come true. For causing our long-suffering test-benches to sag despondently in the middle as we speak is the Panasonic TH-58PZ800: a brand spanking new plasma TV measuring in – as its name suggests – at 58in. Boo and, indeed, yah. 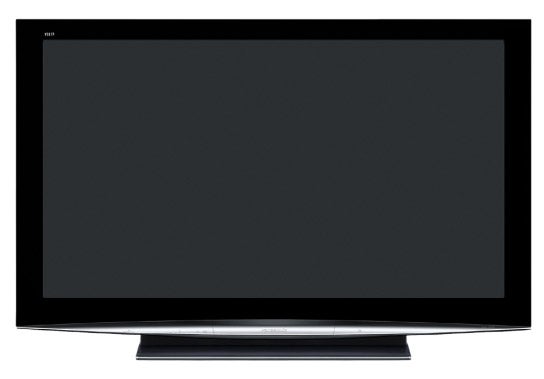 There really is no overstating just what a difference 8in makes when you’re talking about a TV screen. For while the 50PZ800 looks quite large in your average living room, the 58PZ800 is truly gargantuan, effectively marking the jump from mere ‘TV’ to genuine home cinema centrepiece.


This is probably borne out by its price, too. For while £3000 is clearly a heck of a lot for someone to stump up for a living room TV replacement, it’s arguably an acceptable amount for something destined to find a place as the main screen in a dedicated AV installation.


The PZ800 part of today’s TV’s name signifies that the 58PZ800 sits at the very top of Panasonic’s TV tree. And as you’d hope, this means that it’s very well loaded with features indeed. 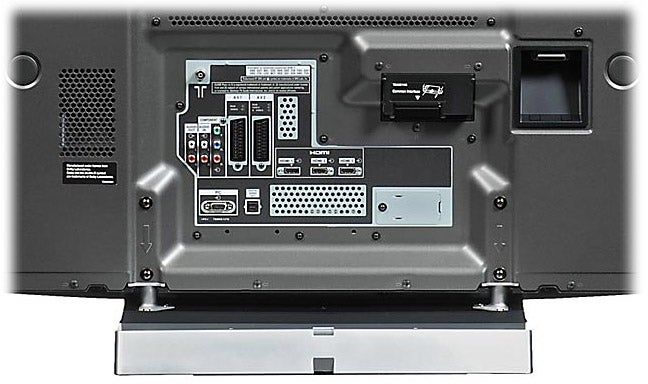 Take, for instance, its connections. There are no less than four v1.3 HDMI inputs, all equipped with Deep Colour and x.v.Colour compatibility. Plus there’s a digital audio output, and an SD card slot that can play AVCHD video as well as JPEG images.


As we noted in our review of the smaller 50PZ800, it’s a shame you can’t also record to SD cards in the 58PZ800’s slot, but who knows; maybe this will happen on next year’s range.


The 58PZ800’s screen specifications look pretty awesome too, with a Full HD pixel count being joined in imperious fashion by a claimed contrast ratio of one million to one. Yes, that’s 1,000,000:1. Admittedly, this is only possible with the screen’s dynamic brightness mode in operation, but even the screen’s native contrast ratio is 30,000:1 – enough to have grown LCD TVs crying like babies.

All this, and we haven’t even touched on the 58PZ800’s prodigious image processing technology yet. This kicks off with Panasonic’s renowned V-Real 3 system, which has consistently delivered outstanding results in terms of reducing video noise, improving fine detail levels, tidying up motion reproduction, boosting colour toning and gradations, and enhancing contrast (and plenty more besides).


This is Panasonic’s attempt at interpolating extra frames of image data that reflect the speed and direction of any motion in the ‘real’ picture, resulting in movement which should avoid the judder, resolution reduction and flicker that otherwise troubles all flat TVs to some extent.

Other noteworthy bits and bobs on the 58PZ800’s feature list are a small selection of picture presets that include a Cinema mode, an automatic colour management system, noise reduction routines, and a Digital Cinema Colour setting that produces 5120 equivalent steps of gradation, resulting in a colour range reckoned to compare with that of commercial digital cinema installations. Nice.


The question as we settle down to watch the 58PZ800 has to be whether its extra size merely reinforces Panasonic’s image prowess, or reveals hitherto unspotted weaknesses. 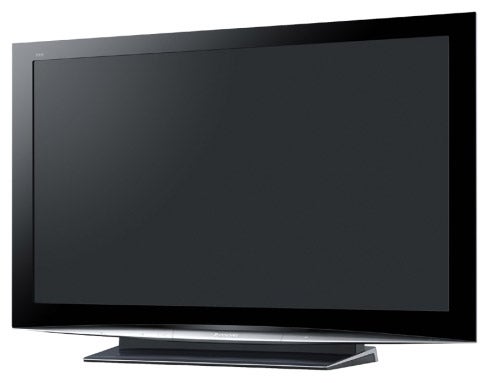 Happily, it doesn’t take much time at all in the company of a few Blu-rays, HD games and, tellingly, standard def broadcasts to see that the 58PZ800 definitely reinforces Panasonic’s standing in the flat TV world.


Unable to resist, we went straight for the HD jugular with a combination of Sky’s awesome-looking HD Ryder Cup golf coverage, the tasty-looking Blu-ray of ”30 Days Of Night”, and the slice of cutesy graphical genius known as ”Viva Pinata 2” on the Xbox 360. And with every single one of these sources the 58PZ800’s pictures were nothing short of sublime.


Particularly impressive given how difficult they are to achieve on really big plasma screens were the naturalism of the 58PZ800’s colour tones and its general brightness levels. 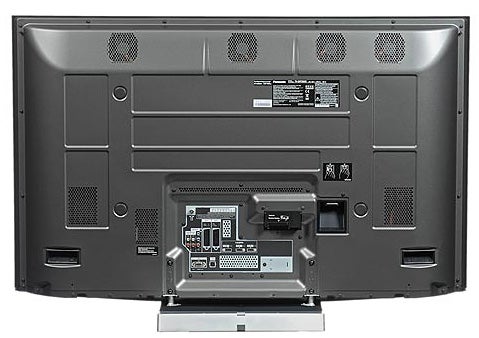 Regarding the former, there’s practically no sign of the traditional tendency for green tones to dominate, especially during dark scenes. Rich green footage such as the fairways of the Ryder Cup’s Valhalla golf course look extremely believable rather than slightly radioactive, while reds don’t look nearly as orange in tone as we might have anticipated based on Panasonic’s history in this department.


It’s worth adding here, too, that colours continue to look very natural even if you watch them from quite a wide angle, with none of the desaturation problems so common in the LCD world.


As for brightness, the image explodes off the screen with much more vigour and intensity than any truly king-sized Panasonic TV before, narrowing the traditional gap in this area between plasma and its naturally brighter LCD rival.

The next hugely impressive thing about the 58PZ800’s HD pictures is their combination of impressive sharpness with practically no video noise whatsoever. This latter noise-suppression achievement is particularly remarkable, for if anything even slightly nasty was sneaking through the 58PZ800’s image processing ‘firewall’, it would become acutely visible on a screen as big as 58in.


Yet more good news finds the 58PZ800 handling motion very well, with minimal blurring of moving objects compared with what you’d expect to see on a typical LCD-based rival. What’s more, there’s only the very rarest trace of that old plasma problem of fizzing noise over skin tones during camera pans.


It’s worth mentioning the Intelligent Frame Creation functionality here, too, for while we have our doubts about it with sports footage (more on this in a moment), with your average TV show or film it can increase the image’s sharpness and fluidity very impressively indeed.

We’ve saved arguably the single greatest strength of the 58PZ800’s pictures to last, though: their black level response. For years Panasonic’s Real Black Drive technology set the benchmark on black level in the flat TV world, and while it might recently have been usurped from its throne by Pioneer’s KURO technology, it still delivers here some truly stunningly black levels that not surprisingly are particularly welcome when watching ”30 Days of Night” (the clue’s in the title, yeah?).

It would be a crying shame if the prodigious size and quality of the 58PZ800’s pictures weren’t joined by equally potent sonics. So we’re chuffed to report that the ‘V-Audio Surround’ system the PZ800 TVs employ, with its combination of digital amplification, carbon speakers, SRS TruSurround XT and BBE VIVA HD3D audio processing, works extremely well, reproducing even the occasionally extreme dynamics of ”30 Days Of Night’s” powerful mix with authority, clarity and real dynamism. 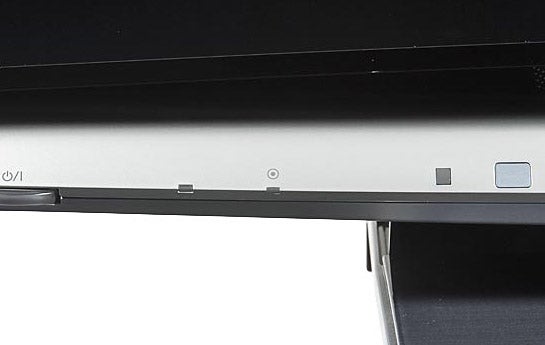 With all but the lowest quality digital sources upscaling to the 58P800’s huge Full HD panel more cleanly than we’d have dreamt possible, we’re running out of areas where we might be able to criticise the 58PZ800. But if we really try (!), we guess that although brighter than any big-screen plasma we’ve seen before (besides, possibly, Pioneer’s PDP-LX608), big LCD screens do still tend to look brighter. 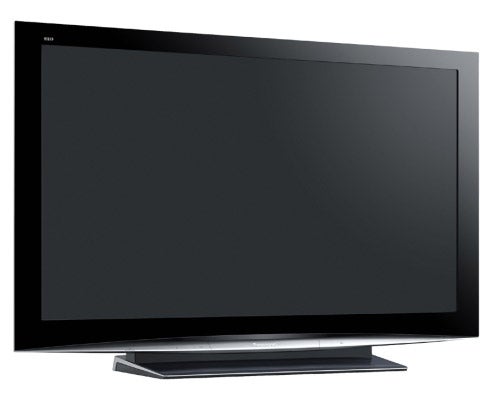 Really good quality LCD screens can also deliver a slightly more emphatic sense of sharpness with HD material, notwithstanding LCD’s usual tendency to soften up when things get moving.


And finally, as we hinted earlier, we’d recommend that you deactivate the 58PZ800’s Intelligent Frame Creation while watching sport, as its failure to keep pace with really fast motion can cause flickering and smearing artefacts. Or even, in the case of the Ryder Cup coverage, the appearance of ‘ghost’ balls that make it look as if the players are cheating by trying to hit three balls at once!


Don’t let the fact that we finished the main review on a jokey negative put you off the 50PZ800. Provided you use a little common sense with elements of its image processing, it can deliver truly stunning pictures and sound that at times, even threaten to give Pioneer’s KURO screens a run for their money.