Although I always try to leave any preconceptions I might have about a product on the doorstep before entering the test room, I’d be lying if I didn’t admit to having a pretty good up-front feeling about the 50PZ800B. After all, it’s a really big screen (50in) with a Full HD resolution using Panasonic’s tried, tested and generally beloved plasma technology. Surely, there can’t be anything not to like about such a winning combination, right? Actually, there is. And I’ll tell you all about it just as soon as I’ve got through the usual ‘scene setting’.

Starting with the 50PZ800B’s design, it at first didn’t really blow me away but strangely grew on me over time. I especially appreciate the way the screen and its bezel appear to be wrought from one single sheet of perfectly smooth glass.

The 50PZ800B is currently Panasonic’s flagship 50in plasma TV (unless you add its Freesat models into the equation), and it goes about living up to this high-end status with its connections, which include a more than healthy four v1.3 HDMI sockets that can all receive Deep Colour and x.v.Colour formats. Other highlights are a digital audio output, and an SD card slot that can play both JPEG stills and AVCHD video. 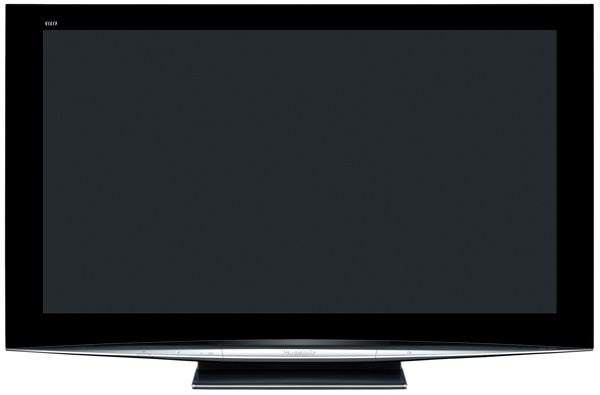 You can’t use the SD card slot to record from the TV yet, but we’d be amazed if this wasn’t on Panasonic’s roadmap for future models given the brand’s interest in the SD format and enthusiasm for sticking SD slots on other product types, such as digital video recorders.

The 50PZ800B’s flagship status is also evident in its video processing engine. First of all there’s Panasonic’s V-Real 3 system, which we’ve previously seen deliver some superlative results when it comes to reducing video noise, improving fine detail levels, tidying up motion reproduction, boosting colour toning and gradations, and enhancing contrast (among other things).

Then there’s 100Hz Motion Picture Pro 2 for making moving objects look clearer and edges more stable during camera pans. And last but certainly not least, you get a little trick Panasonic likes to call Intelligent Frame Creation. This is Panasonic’s first concerted attempt to calculate and insert extra frames of image data that take into account the speed and direction of any motion in the picture, resulting in movement which avoids the judder, resolution reduction and flicker that’s otherwise an issue to some extent on all flat TVs.

Other bits and bobs of note on the 50PZ800B’s feature list include a small selection of picture presets consisting of a Cinema mode, an automatic colour management system, noise reduction routines, and a Digital Cinema Colour setting. The latter apparently serves up 5,120 equivalent steps of gradation to produce a colour range Panny claims gets close to that achieved by heinously expensive commercial digital cinema installations.

One final absolutely crucial Panasonic talent we have to mention when covering any of the brand’s plasmas is its Real Black Drive. This technology enhances the control of the current that illuminates plasma cells, enabling the 50PZ800B to produce a contrast ratio quoted at – drum roll please – a million to one. And there was us thinking the 50,000:1 contrast figure quoted by our previous screen, LG’s 52LG5000, sounded good!

Starting our tests with the Blu-ray transfer of ”Sweeney Todd: The Demon Barber of Fleet Street”, the results of all the 50PZ800B’s formidable imaging technology are truly impresive. In fact, with the possible exception of Pioneer’s premium plasma TVs, I can’t recall any TV that’s made this actually quite tricky video transfer look better.

This is particularly true in the black level department, as the creepy blackness of the London streets during the film’s night scenes is rendered with not only sensational black level depth, but also a degree of shadow detailing that other flat TVs (again bar the Pioneers) can only dream about. 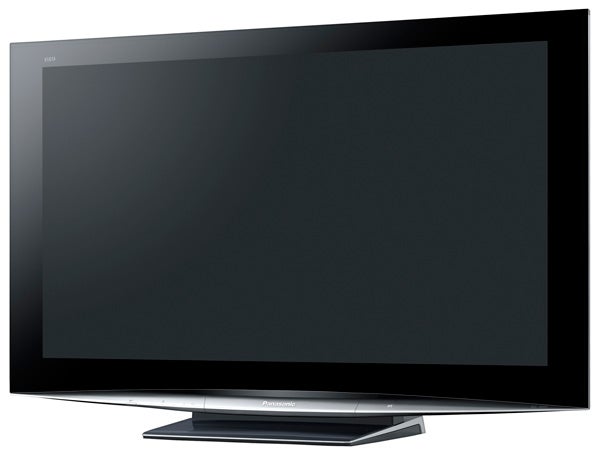 Check out the shots, in particular, of Anthony strolling the night streets pining for Joanna. The dark corners look completely and utterly black, with none of the grey clouding that afflicts these shots with almost all other flat TVs to some extent. Even better, you can make out not only individual bricks in the sides of the building he passes in long shot, but even the texture shadows within each brick. Seriously, this is amazing stuff.

Another genuine startling talent of the 50PZ800B is its fine detail response. Its Full HD panel is put to full use in ensuring not a single pixel of picture information gets ‘lost in translation’ between the Blu-ray player and the picture you eventually see – especially if you make sure you’ve deactivated Overscanning in the TV’s Set Up menu. And so as Todd writes a letter, for instance, you can actually make out the texture in the paper he’s using. Amazing. Again.

I was also very impressed by the 50PZ800B’s colours with HD viewing. It handles the very tricky ‘whitened out’ skin tones of Todd and Mrs Lovett with exceptional accuracy and finesse, while also leaving all the jets of blood looking natural rather than over-stressed. It can then burst into vibrant life nicely during the film’s rare ‘fantasy’ colourful moments, such as the scene where Todd is dragged away from his young wife at a market.

People who’ve become accustomed to LCD technology, with its extreme brightness, might just feel the 50PZ800B’s colours look a touch muted, especially using the Cinema preset we’d suggest you use for the majority of your TV viewing. But the reality is that the 50PZ800B’s colours during HD viewing are simply – for the most part – more believable and indeed more subtle than those of the majority of gaudy LCD rivals.

Wrapping up what’s basically a pretty wondrous performance with our ”Sweeney Todd” Blu-ray is the exceptional lack of video noise of any sort, and the extremely clear appearance of its moving objects, as the Intelligent Frame Creation system does a terrific job of smoothing and sharpening away the usual judder and blur. What’s more, IFC does this while leaving behind only minimal evidence of negative side effects like shimmering around the edges of moving objects.

That said, I’d urge you not to leave the IFC feature active for everything you watch. For while it works brilliantly with a 1080p/24fps movie feed, if I left it running while watching a sporting event it sometimes caused balls to ‘glitch’ quite alarmingly as they hurtled across the turf, seemingly creating three balls where there should only be one.

While irritating to the extent that you have to adjust a solitary picture setting when going from sport to other types of viewing, though, the ‘multiball’ phenomenon is perfectly avoidable. So this is not the disappointment I hinted at in the opening paragraph. 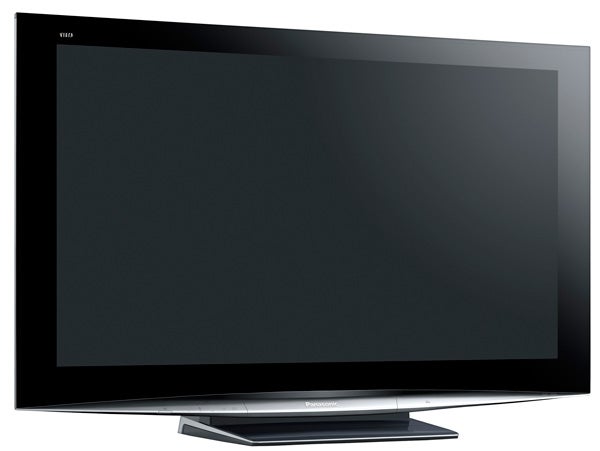 That ‘honour’, I’m afraid, lies with the TV’s standard definition performance. For starters, I couldn’t help but notice how colours look far less natural with standard def feeds. Skin tones tend to take on a decidedly orangey hue, reds lose a touch of their intensity, and worst of all dark parts of the picture, particularly with digital broadcasts, start to take on a noticeable green undertone.

Standard definition pictures don’t translate to the screen’s Full HD pixel count particularly well in terms of noise and sharpness levels, either. You’re OK if the standard def source is of a reasonably high quality, such as a DVD or one of the better quality digital TV channels. But with a low-grade channel, such as ITV, the image can look really rather rough in places.

Happily, the 50PZ800B gets back on track in spectacular fashion with its sound. As with previous Panasonic flagships, the 50PZ800B delineates itself from sets lower in the Panasonic range by employing a ‘Smart Sound’ system with separated out tweeters and woofers. And as promised by Panasonic, this approach works genuine wonders on the clarity, bass levels, dynamism and sheer volume of the soundstage the set can produce.

It’s really tough to know what marks to give the 50PZ800B in the Picture and Overall departments. For on the one hand it’s a truly mesmerisingly good HD performer, while on the other its standard definition efforts leave a little to be desired in a number of areas.

In the end, we’ve decided to let our love of HD win the day, and given the TV a 9. But if you don’t watch much or any HD stuff, then the standard definition issues really should make you think at least twice before sending more than £1,800 Panasonic’s way.