Way back in the height of that summer we never really had, we found a rare ray of sunshine in the shape of Panasonic’s TH-42PZ700: the UK’s very first 42in plasma TV to sport a full HD resolution. Boy, was it good. So if you don’t mind we’ll ditch our usually hard-bitten, cynical persona for a moment and merrily admit to being excited as hell by the arrival of the 42PZ70: another Panasonic 42in full HD plasma TV that appears to promise essentially the same picture quality thrills but at a substantially lower price. Surely there can be nothing not to like here, right?


Before we do anything else, it’s probably best to lay out clearly the things you have to sacrifice in stepping down from the all-singing, all-dancing 42PZ700 to the 42PZ70. Arguably the most significant difference is that the 42PZ70 only has two HDMIs vs the 42PZ700’s three. Also, the 42PZ70 has a less powerful audio system and lacks an SD card slot for direct playback of digital pictures. 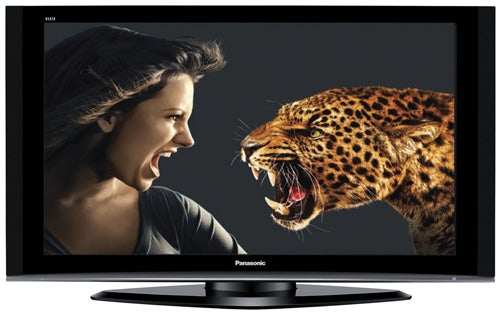 But really, so far as anything significant goes, that’s it. Particularly remarkable is the fact that the set still carries the full version of Panasonic’s Viera V-Real Pro image processing. This delivers such benefits as: 1080p handling and upscaling; extensive colour management; a digital optimiser that pre-emptively takes out common noise types rather than simply trying to smooth them away after they’ve appeared; and motion pattern noise reduction designed to reduce false contouring over fast-moving objects.


Chuck in the same ‘Real Black Drive’ and Deep Black Filter technology for boosting black level response to the point where the TV can claim a 10,000:1 contrast ratio, and there appears to be no reason why the 42PZ70 shouldn’t achieve the same outstanding picture quality witnessed on its (£500 or so) costlier brother. And you can’t really ask for more than that.


Before we set about finding out if this apparent picture equality situation really turns out to be true, we’ve got a few more basics to cover. Starting with the 42PZ70’s design; this is definitely slightly more ‘lightweight’ than that of the 42PZ700 thanks to a less robust finish and less space-hungry speaker system. This is not to say that the TV isn’t still attractive, though, even if it’s not in the same ‘catwalk’ league as designer stars like Samsung’s latest LCD and plasma range.

Connectivity, meanwhile, is pretty strong, with the two aforementioned HDMIs being joined by component video and D-Sub PC options among a healthy dollop of other useful things like a digital tuner jack and Top Up TV card slot.


And so to the moment of truth: does the 42PZ70 really match its costlier brother’s full HD picture performance? Not arf!


This means you can immediately revel in the extra clarity over HD Ready screens that the full HD pixel count makes possible while viewing 1080p sources. This is thanks, of course, to the reduction in scaling processing made possible by carrying the same number of pixels in the screen as there are in an HD source. The only caution we’d raise here is that in order to obtain the very best, most pristine results you must ensure that you select the 42PZ70’s no overscanning, ‘pixel for pixel’ aspect ratio setting. Annoyingly, the TV does not automatically default to this setting when it detects a full HD input. 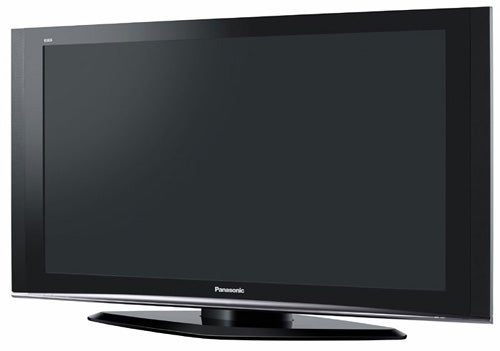 The 42PZ70’s full HD resolution also helps it deliver every last pixel of fine detail information from an HD source, giving such images an extra level of clarity and intensity. Take for instance the HD DVD of Mission: Impossible III. If you watch the opening scene on a standard HD Ready plasma TV, you seldom if ever really get a sense of tiny facial details like pores and stubble. But with the 42PZ70, for better or for worse, every tiny element of Tom Cruise’s sweat-streaked face is perfectly rendered. The only annoying thing about this is that even with the screen’s resolution leaving any complexion problems with nowhere to hide, we still couldn’t find a blemish anywhere on the Cruisester’s mug. Git.


Another less immediate but certainly no less significant benefit of the 42PZ70’s full HD pixel count is its extra colour finesse. In other words, the extra pixel density made possible by the 1,920 x 1,080 resolution means that colour blends can look that little bit more subtle and natural, making pictures look more realistic and three-dimensional.

These full HD strengths come, of course, on top of the customary Panasonic plasma strengths found with the brand’s ‘mere’ HD Ready models. And so black levels are outstandingly deep and detailed – arguably only second to Pioneer’s new KURO TVs; colours are solid, noiseless and for the most part very natural in tone; and motion avoids the dotting noise problem that can often afflict it. Talking of motion, it’s also worth reminding you that plasma technology in general suffers scarcely at all with the sort of resolution loss over moving objects that LCD screens do.


For all the 42PZ70’s picture glories, though, things aren’t 100 per cent perfect. For instance, as with every other Panny plasma TV we’ve ever seen, rich reds like those of the Ferrari Testarossa on the Xbox 360’s Project Gotham Racing 4 can end up looking slightly orange.


Next, while black levels are excellent, at least to the extent that they thrash the efforts of most LCD rivals, they perhaps don’t look quite as profound as those of Panny’s HD Ready screens. Either that or the HD Ready models are slightly brighter, thus giving a greater sense of range between peak whites and deep blacks. 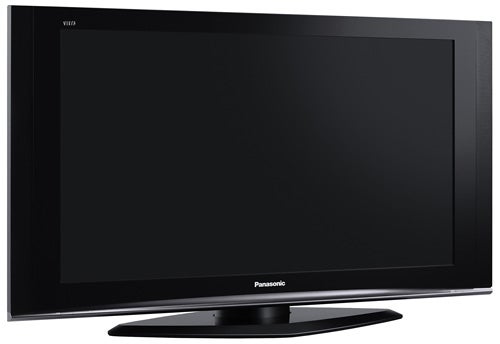 Finally, during camera pans we noticed a little more juddering than we’d ideally like to see – and certainly more than we witnessed with Pioneer’s KURO sets.


Sonically the 42PZ70 is pretty much par for the flat TV course, which is to say that while its speakers are absolutely fine with normal ‘day time TV’ footage, they can struggle to deliver much range, especially at the bass end, when watching a good action flick. In this respect the 42PZ70’s speakers are clearly inferior to those of the 42PZ700.


We mentioned Pioneer’s KURO sets a couple of times in this review and it’s impossible to conclude without pointing out that the first full HD KUROs are now hitting shops. And based on our experience of the standard HD Ready KUROs, we see no reason to doubt that these full HD models will outperform the 42PZ70.


But crucially they will also cost substantially more. Set more fairly in the context of other 40-42in TVs around the ‘just over £1,000′ price point, the 42PZ70’s performance strikes us as nothing less than imperious.