The DVD camcorder is supposed to be aimed at the carefree consumer, at least if Sony’s TV advertisements are anything to go by. But Panasonic clearly has other ideas. The company’s latest VDR-D300 partners the convenience of being able pop your recordings straight into your set-top DVD player with a trio of CCDs and optical image stabilisation. These are the kind of features you normally expect to see in semi-professional models, or at least premium camcorders aimed at the serious hobbyist.


The VDR-D300 has a very similar optical specification to its NV-GS250 MiniDV sister model. It’s based on a trio of 1/6in CCDs, with 800Kpixels apiece. While these aren’t as large as or as high resolution as the 1/4.7in sensors in the flagship NV-GS500B, having one for each colour signal should still make for significantly improved fidelity compared to single-CCD camcorders, by reducing the cross-talk between colour signals. 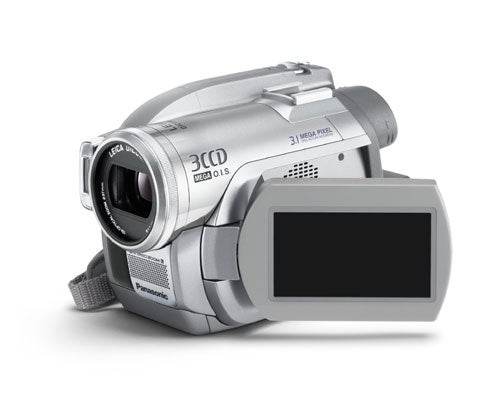 Of course, while video can benefit from physically larger CCDs, the primary recipient of increased resolution is stills photography. Here, Panasonic has magically combined the three 800Kpixel CCDs to make 3.1Mpixels, with a maximum image resolution of 2,048 x 1,512. The VDR-D300 also incorporates a built-in flash, for better indoor results. While photos can be captured to DVD alongside video, there’s also an SD memory slot if you want to keep them separate, although no actual media is supplied for this.


The Panasonic has a number of features which give it a sense of polish. There’s a built-in lens cover which retracts when the unit is in record mode, and the LCD panel is a 2.7in widescreen affair. However, while the latter’s aspect ratio feels appropriate in an era when HDTV is bubbling under, it only uses 123K pixels, so can’t really do the camcorder’s video quality justice.


Considering the professional optics, you’d expect to see a full complement of manual controls, and here the D300 doesn’t disappoint. It doesn’t have a manual focus ring or headphone jack, but there’s an accessory shoe and microphone input. As the discs load from the top, you won’t need to unscrew this camcorder from a tripod to change media. This is particularly important when you can fit less than 20 minutes of footage per disc. 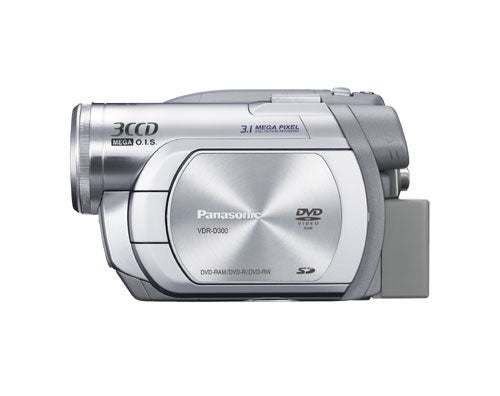 The camera’s manual settings are readily accessible using the illuminated joystick, which is handily placed right where your thumb will be during shooting. This allows you to adjust the iris from f/16 to f/1.8, and then add video gain up to 18dB, and vary the shutter between 1/50th and 1/8000th. The joystick is also used to enable Tele Macro and Soft Skin modes, plus the two night view modes. In 0 Lux Colour Night View, the LCD panel must be reversed to face the subject, whereupon it blanches white to act as an impromptu video light.


Quite a range of choices for recording media are available, although all discs must be of the 8cm form factor. You can choose between DVD-R and DVD–RW, and unlike DVD camcorders from Sony and Canon, the Panasonic also records to DVD-RAM. The set-top friendly DVD-Video format can be recorded to DVD-R and DVD–RW discs, or the editable VR format to DVD-RW or DVD–RAM, which is less likely to be compatible with your standalone DVD player.

DVD-RAM will be the least compatible of all, but it has one major advantage – the discs don’t need to be finalised, so you can pop them in and out as required. However, whichever format you use, you’ll still only be able to fit 18 minutes of video per disc side in XP mode, 37 minutes in SP, and 75 minutes in LP. Most of the time, you’ll want to use XP, because the lesser settings are a waste of this camcorder’s excellent optics. 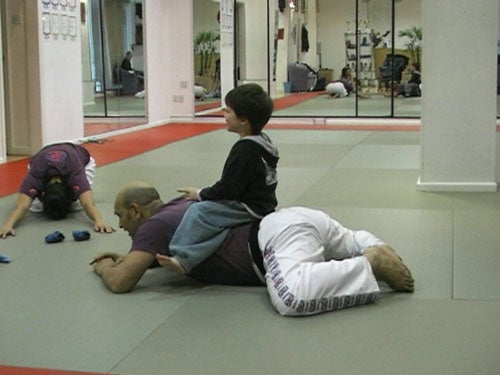 On the top XP quality setting, the D300 was as solid a performer as we would have hoped. Video quality was on par with a DV camcorder of similar specification, such as the NV-GS250. In daylight or well-lit interior conditions, colours were very faithfully reproduced with a wide range of hues resolved and a very sharp picture, although not as vivid as with Panasonic’s top-of-the-range three-CCD models.


The results weren’t quite so impressive in less clement lighting conditions. Although the image was still fairly sharp, colour saturation was only passable, and there was some noticeable grain. This noise only increased as the level of illumination decreased. While we would have expected better low-light performance from a three-CCD camcorder, this is one area where the 1/6in sensors can’t keep up with larger units, which have a greater area for light absorption. Still, low light has been an area where we’ve seen single-chip DVD camcorders particularly fall down, and the D300 is still a cut above these. It’s just not so far ahead here as it is in better lighting. 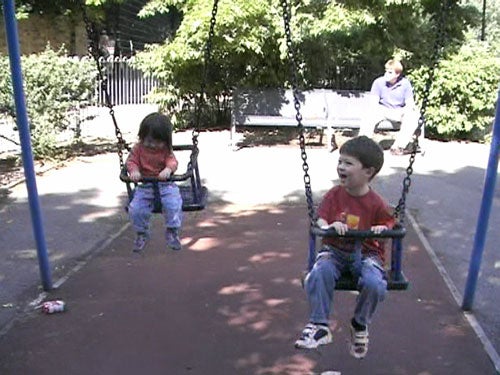 The D300’s still image performance won’t tempt you to leave your Canon EOS 350D behind when you go on holiday, either. We found the extra interpolation only partially successful, with a slightly fuzzier picture than we’d expect from a 3Mpixel image. But it was still impressive for a camcorder. The quality was certainly good enough for printing, allowing you to take the odd impromptu snap for more than just email or Web.


Panasonic has clearly attempted to apply the same strategy to the DVD camcorder which has been such a success for it in the DV world – namely, bringing three-CCD technology down to a much lower price point. Just as this has brought new levels of image quality to affordable DV camcorders, it looks like it could be just as successful for the DVD market. The VDR-D300 is capable of truly excellent video quality. In fact, we’d say it’s the best we’ve seen in any DVD camcorder yet. While you do pay a premium for the DVD recording format, that’s true of every DVD camcorder, even single-chip models. So while this is a pricey bit of kit, if you fancy the idea of shooting video straight to disc, Panasonic’s VDR-D300 should be top of your list.