The Panasonic TZ100 has a little pop-up flash, but with no hotshoe you can’t add a more powerful unit. Opting to leave one out in a 1-inch sensor compact makes sense, but remember that this isn’t a super-small compact, only a “fairly” small one.

GPS is missing too, so those wanting to geo-tag photos will have to use the Panasonic phone app.

At least Wi-Fi is included, enabling you to transfer images from the camera to a phone or tablet without too much fuss. The Panasonic TZ100 doesn’t have NFC, however, which is used to speed up the process of connecting phone to camera. 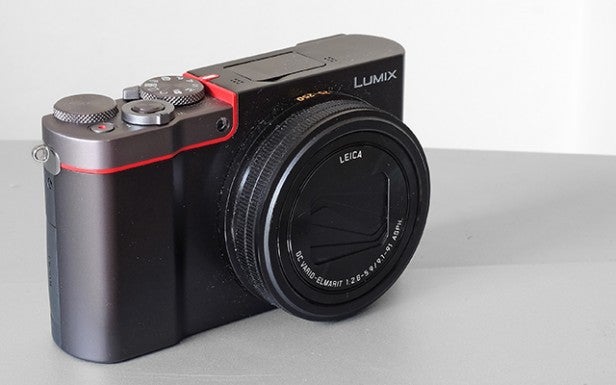 Battery life is rated at 300 shots, and this is largely consistent with my experience. You don’t need an awkward proprietary dock to charge the battery; simply plug in a micro-USB charger.

It’s only a shame that just as cameras are starting to move over to USB charging, phones are hopping onto USB Type-C connectors.

Over the past couple of years, Panasonic has put plenty of effort into making its cameras fast in two areas: focusing and burst speed.

The Panasonic TZ100 uses the same DFD (Depth from Defocus) technology as a number of mid-range Panasonic models. This is contrast detection at heart, but it uses special software smarts to speed it up, to bring it closer to the performance of a phase-detection hybrid system.

And it works. The Panasonic TZ100 feels pretty snappy to focus, although don’t read too much into the claims that it will focus in 0.1 seconds. That won’t pan out often in the real world.

In low light, when shooting wide open, the Panasonic TZ100 is still fairly fast. However, if you’re shooting at night with zoom then you’ll start to feel the AF slow down. It’s an unfortunate side-effect of a camera whose max aperture takes a dive as the zoom is extended. 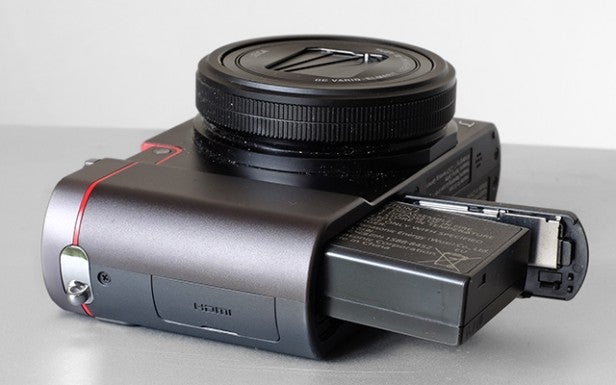 Speed shooting isn’t quite up to the level of the Sony RX100 II, but it’s still decent. It will hit 10fps with Live View off, and will perform faster still if you don’t mind a drop in output resolution.

Like other recent Panasonic cameras, the TZ100 has a 4K Photo mode that lets you effectively shoot short video clips designed to let you pull out specific frames as stills. It’s a neat feature that’s great if you’re shooting very fast action. It’s only a pity that the regular – and already quite fast – 10fps standard burst mode is buried under all the faster modes. Super-high-speed mode goes up to 50fps, but trades away all fine detail.

These ultra-fast modes are of less interest if image quality is your top concern. If you want a super-fast full-resolution burst mode then you’ll have to stretch to the Sony RX100 IV, which shoots at 16fps but currently costs £200-plus more.

The top reason to choose the Panasonic TZ100, but also the reason why you may opt for another model entirely, rests on the lens. This camera gets you much better zoom range than other 1-inch sensor compacts, but as a result its lens is slower. It’s a 10x lens with range of 25-250mm in the 35mm standard. 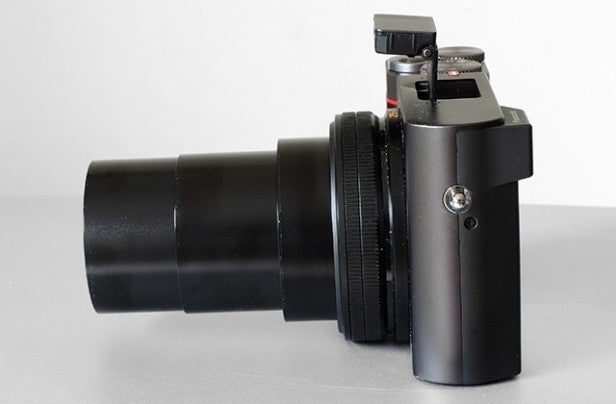 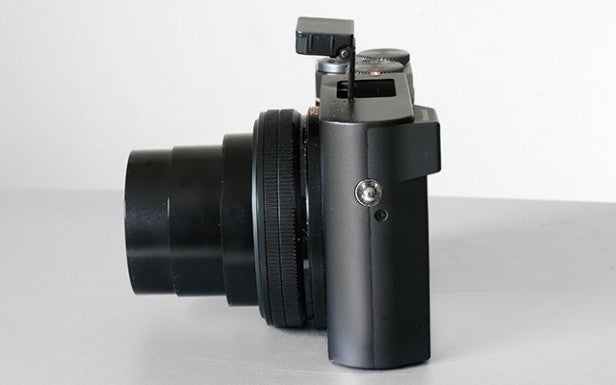 This means their lenses are able to take in more light at the same focal length, letting them use lower sensitivities at the same shooting parameters. The end result is less noisy photos. Of course, the reality depends on a camera’s handling of parameters and processing. We’ll look at that in the next section.