Looking closely at the L55ET60’s specs, it becomes abundantly clear that it’s not just the addition of passive 3D (with two pairs of glasses included) that separates the ET60 from its E6 siblings. Also important is its shift to a ‘Clear Panel Pro’ IPS panel, which are known for producing richer colours as well as noticeably wider viewing angles than their ‘VA’ counterparts.

Also potentially key is the L55ET60’s use of a 600Hz-like motion handling system delivered via 6-block backlight scanning (versus the E6‘s 100Hz system), its application of higher-grade V-Real 3D Pro video processing, and its move to a more powerful audio system based around a 2.1 speaker configuration.

Firing the L55ET50 into action, its pictures turn out to be mostly good, but a bit lacking in one of our favourite departments… 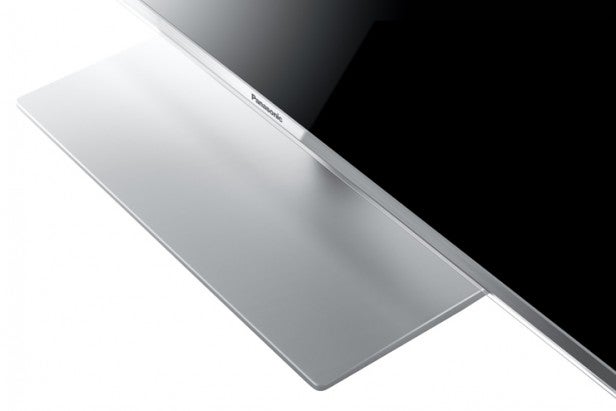 Let’s get this weakness covered first. The thing is, whenever you dim the lights for some serious movie viewing and get to a dark scene, the L55ET50 fails to deliver the sort of black level depth we’re starting to see from some rival (predominantly VA-type) panels. There’s a slight grey wash over the darkest parts of the picture using any of the presets – even the Cinema one, which takes the backlight output (backlight adjustment being a welcome addition to the calibration options on Panasonic’s 2013 TV range) right down to 40%.

Further tweaking of the contrast and backlight settings together can improve the sense of blackness in dark areas, and we found ourselves compelled to use the set’s Adaptive Backlight Control on its minimum setting to secure the best black levels, despite this feature causing the occasional moment of noticeable luminance instability.

That said, we never felt completely satisfied with the levels of black on offer. Plus by the time we’d got black levels looking their best we’d taken a fair chunk of brightness out of the L55ET60’s pictures. This is not too big a deal when dark-room viewing, perhaps, but it does mean that dark areas lack shadow detail, leaving them looking a bit hollow. 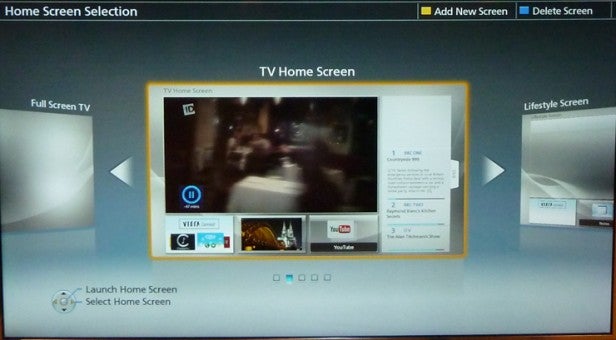 We couldn’t help but think at this point that the TX-L42E6 we tested recently had better black levels. And since we still had that sample we were able to do a side by side comparison that revealed without doubt that the L42E6 does indeed have a better native black level response, enabling you to run the picture slightly brighter and see far more shadow detail in dark areas.

This head to head also revealed a marginally softer look to the L55ET60’s HD pictures, though some might reasonably argue that this is actually preferable to the forensic, rather noisy look you get with sharper panels.

Direct comparisons did also, though, reveal some considerable strengths of the L55ET60 – in particular where motion and colour handling are concerned. Motion across the screen and camera pans in particular look noticeably crisper and smoother on the L55ET60 without these benefits coming at the expense of nasty processing side effects or an unnatural ‘sheen’ – just so long as you don’t leave any of the provided motion processing options set to higher than their minimum power levels.