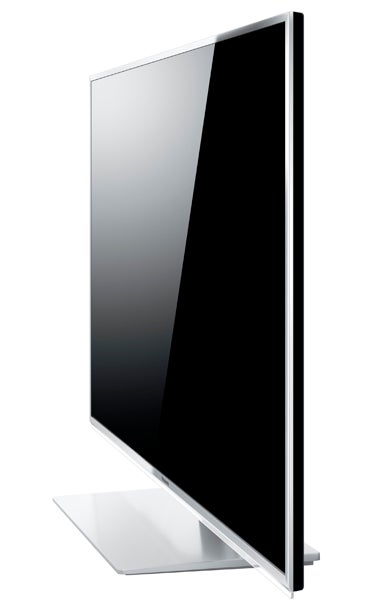 It’s also worth stressing that while the L55ET60’s native black level response might not be as good as that of the L42E6, the L55ET60‘s contrast does hold up over a wider viewing angle.

The L55ET60 is a genuine pleasure to experience 3D on. For starters, the slight dimming effect of donning the polarised 3D glasses reduces the extent to which you’re distracted by any greyness over black parts of the picture. It also occurred to us while watching 3D that even though the panel is being driven harder than it is with 2D, there’s zero sign of the sort of backlight clouding inconsistencies so common with edge LED technology. The clouding issues are also impressively absent during 2D viewing.

The L55ET60’s 3D images are also completely free of the crosstalk ghosting noise and flickering that can beset active 3D images, leaving you free to enjoy the L55ET60’s gorgeously rendered sense of 3D depth and space uninterrupted. Pictures look richly saturated too, even though they’re not quite as bright as those we’ve seen from one or two other passive 3D TVs, and detail levels with 3D Blu-rays are good. Though as a comparison with Samsung’s latest 3D TVs proves, passive 3D pictures are innately less detailed and ‘HD’ in nature than active 3D ones, especially on screens as large as this one.

You can also see those other inevitable passive 3D problems of visible horizontal line structure and some jaggedness to contoured edges. But these potential distractions aren’t a big deal from a normal viewing distance, and so won’t feel to many users like a big price to pay for the L55ET60’s many 3D strengths. 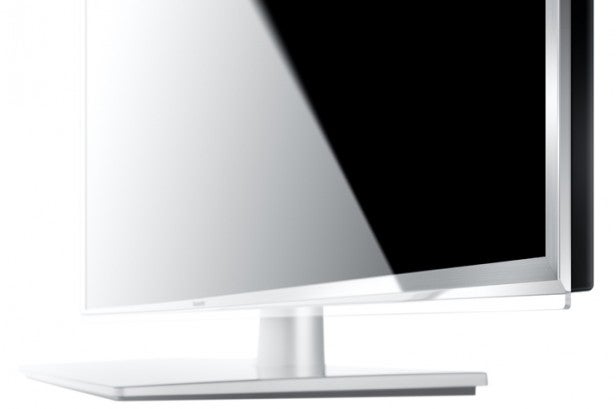 Used as a regular TV in normal lighting conditions to watch HD and standard def broadcasts, the L55ET60 is a fairly strong performer. Its upscaling processing is quite potent, adding detail while reducing noise even with the ropiest-quality source footage. You also notice the set’s black level shortcomings much less when you’re watching the set in lots of ambient light.

One last picture test to run is input lag. The amount of time a screen takes to render its images is clearly a big deal for gamers, so it’s a pity that in keeping with many passive 3D TVs (which use panels sourced from LG) the L55ET60 measures a rather high input lag figure of around 65ms. This is roughly double what we’d ideally like to see, and won’t do your gaming skills any great favours.

The addition of a woofer to the L55ET60’s speaker configuration, meanwhile, helps it produce more bass and makes it more comfortable at higher volumes than its cheaper E6 siblings. However the improvement is fairly minor, adding a little more conviction to action scenes and male vocals, but leaving the set’s audio performance merely fair to middling overall.