Having already looked at and being impressed by the first of Panasonic’s 2013 TV range, the L42E6, we have high hopes indeed for the step-up Panasonic ET60 model sat in our test rooms today. If it can deliver even better picture quality from its higher-grade panel as well as a few added features – including, most notably, 3D playback – then it’ll be definitely be smiles before bedtime. 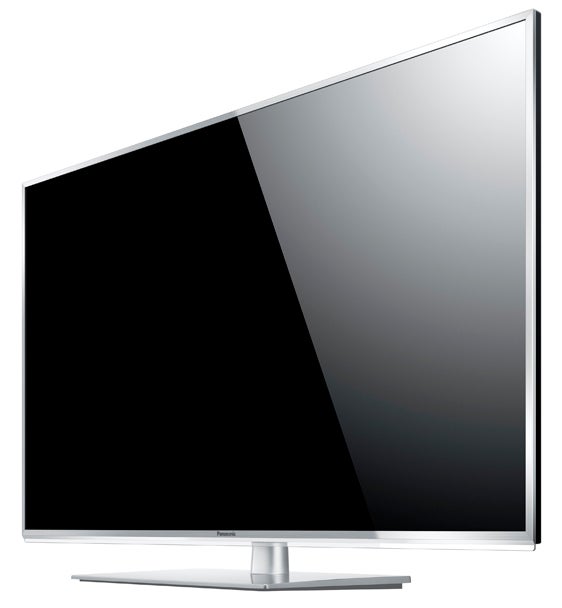 The L55ET60 gets off to a great start by looking resplendent in an outstandingly slim metallic bezel that looks far too slim to support a 55-inch screen. While we were attaching it to its equally gleaming stand, though, it struck us that the L55ET60 is actually pleasingly robust for a mid-range model.

There’s a small disappointment with the discovery that the L55ET60 follows the L42E6 in only sporting three HDMIs rather than our preferred four. But other connections are on the money thanks to their inclusion of two USBs, an SD card slot, built-in Wi-Fi, a LAN port, and a D-Sub PC input.

As you would expect these days, the USBs, SD slot and network options are all there to facilitate photo, music and video multimedia playback, with the Wi-Fi/LAN options streaming such content from connected DLNA PCs.

The network options also provide the gateway to Panasonic’s Viera Connect online service. This includes among its highlights Netflix, the BBC iPlayer, Facebook, Twitter, Skype, YouTube, Acetrax, Eurosport, BBC Sport, and BBC News, as well as a solid selection of utility and basic game apps. Oddly we couldn’t find the Gameloft golf and racing games that were so striking on last year’s Viera Connect models, and it also has to be said that it would be nice to see Lovefilm and also ITV Player apps on there soon. 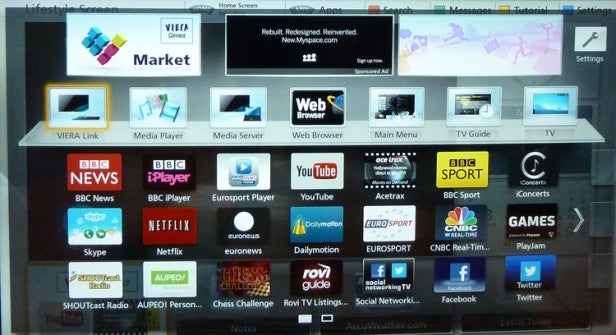 Still, Panasonic has thankfully improved the presentation of its Viera Connect menus greatly, making it much easier to see and access your apps thanks to the use of higher-resolution and smaller icons.

Panasonic’s Big New Thing for 2013, though, isn’t this tweak to Viera Connect. Rather it’s the ‘My Home Screen’ interface. We’ve done an in-depth analysis of this here, but for those of you in a rush, this introduces multiple home screens you can easily move between to help you get to all the myriad types of content available to you in this multimedia, connected age.

You can customise the content of your homescreens via a set of build-in presets, and even build completely new ones that are tailored to your individual requirements. Multiple new Home Screens are supported too, so potentially every member of your household can have their own personalised content portal.

As well as being a great idea, Panasonic has clearly worked exceptionally hard to make the potential complexities of such a Home Screen based system remarkably easy to follow, even including a spoken-word tutorial to using the My Home Screen interface that automatically fires up the first time you install the TV.

The system is as fast and slick as it is easy to use, too, making it currently our all-round favourite Smart TV interface.

Next
Specs and Picture Quality Review