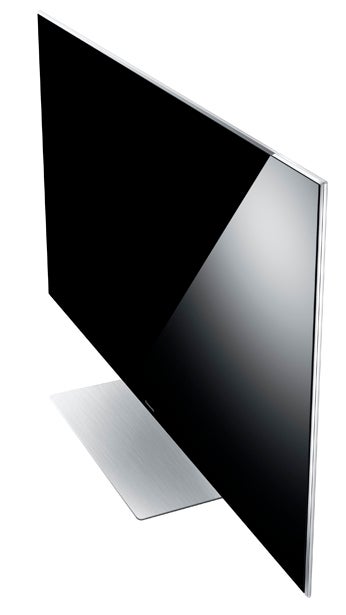 The final stuff we need to cover before finding out if the Panasonic P60ZT65’s
pictures really are as groundbreaking as Panasonic claims is other areas
that distinguish Panasonic’s flagship plasma set from ‘normal’ plasma
models.

One of the most intriguing is the inclusion in the picture presets of one labelled ‘EBU Default’. This is there because the ZT65 is the first TV ever to satisfy the stringent picture parameters laid out in the European Broadcasting Union’s Tech 3321 Compliancy document – parameters that the EBU believes ensure that viewers are getting to see broadcast pictures that look exactly how their creators and broadcasters expected them to look.

The parameters laid out in the EBU Tech Compliancy document cover everything from luminance and black level through to contrast, gamma, colour and frame rate presentation, so you can appreciate that hitting every target is no mean feat.

After this you’ll probably not be surprised to learn that the ZT65 also carries the third-party endorsement of both THX and the ISF, with both organisations providing day and night use preset slots.

What this all boils down to is that the ZT65 is an AV obsessive’s dream, providing every tool you could possibly need to ensure that no matter what you’re watching, your posh new TV should be able to show it to you exactly as its creators’ intended it to be seen.

All of which is great, but  it’s about time we find out if the ZT65 really delivers on all of its apparent promise.

The short answer is that it does. With knobs on. In fact, the TV is so brilliant that it’s tempting just to leave the review here and go off and test something more controversial instead. Except that we’ve got a whole slew of superlatives lined up that we just can’t bring ourselves to waste.

First – inevitably – we have to talk about the ZT65’s much-vaunted black levels. Not only are they the defining thing about this TV, they’re arguably a defining moment for plasma TV technology as a whole, getting so close to perfection that it’s really hard to see how other screens could improve on them.

The simplest way to sum the ZT65’s black level performance up is to simply say that parts of the image that should look black truly do look black. Yes, even blacker than they do on Pioneer’s KURO models. Not a trace of greyness, blueness or greenness infiltrates even the very blackest picture parts – a fact which is enough in itself to instantly make the ZT65 more qualified as a home cinema device than any other TV we’ve seen. 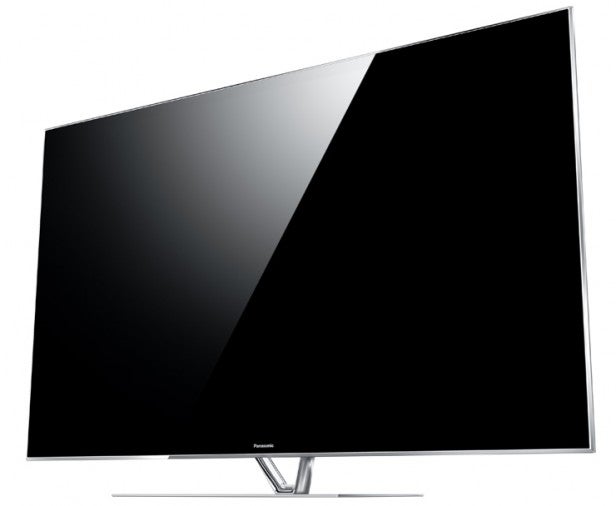 But the depth of the blackness the set achieves is just the start of why the ZT65 is so exquisite as a home cinema screen. For instance, there’s also nothing in the least bit forced about the ZT65’s amazing black levels, as evidenced by the fact that the screen is also unprecedentedly good at delivering even the very faintest of shadow details in the blackest parts of source images. In this way the ZT65 provides the most potent reminder ever of why plasma’s self-emissive pixel nature is so well suited to home cinema versus the ‘external’ light source technologies of LCD TVs.

This same self-emissive advantage of plasma also ensures that the ZT65’s extreme black levels are delivered with the utmost consistency right across the 60-inch panel. The sort of backlight clouding patches still common with edge and even direct LED technology are simply not an issue at all.

The fact that each pixel in the ZT65 can produce its own luminance level additionally means that Panasonic’s mesmerising set doesn’t ever have to compromise the luminance of bright parts of the picture – even during predominantly dark shots – in order to deliver its groundbreaking black levels. The result is that images, even extended dark sequences, enjoy a level of naturalism, consistency, stability and raw dynamism that LCD TVs can only dream about.

If you get up close to the ZT65 you can make out some evidence of subdued green speckling noise in dark parts of pictures, but this speckling isn’t visible from any half-sensible viewing distance.
Colour Accuracy
We’ve long maintained that a good black level is the foundation stone for a good colour performance from a TV. So it follows from this that the ZT65’s colours are so staggeringly natural, nuanced and dynamic that they again to our mindset new standards. Especially when it comes to delivering every last drop of tonal subtlety during dark scenes.

A great example of what we’re talking about here can be seen in the Harry Potter and The Deathly Hallows Part 2 sequence where Harry has a bit of an argument with Dumbledore’s brother his house in Hogwarts. This is a dark scene with extremely difficult skin tones and shades of clothing, yet the ZT65’s 30,720 gradation steps help it render the entire sequence with such an effortless authenticity that you get completely immersed in it, rather than being distracted by the sort of technology-induced flaws this scene uncovers to some on every other TV we’ve watched it on.

Sharpness, Detail and Brightness
The clarity and detailing of the P60ZT65’s pictures is also stellar. Thanks to the set’s unprecedented shadow detailing, exceptional colour finesse and outstanding motion clarity (the set employs a 3000Hz Sub-field Drive system) versus LCD, Blu-rays look as crisp, textured and clean as we’ve ever seen them. Especially as the TV’s THX and EBU presets show a beautifully deft touch when it comes to setting the image’s sharpness to exactly the right level.

Yet more good news about the Panasonic P60ZT65’s pictures finds them able to produce surprisingly high brightness levels if you need them to – say for viewing in a bright, sunlit room. We’re not talking brightness levels to match the intensity of the boldest LCD TVs, perhaps, but certainly you can get much more sun-battling luminance out of the ZT65 than you’d have expected based on previous Panasonic flagship plasmas.

The surprising brightness potential of the picture also serves the set well with 3D footage, enabling it to appear with much more punch, colour vibrancy and flexibility than Panasonic has been able to achieve in previous years with its 3D plasmas.

Used as the main TV for the review period
Tested for more than a week
Tested using industry calibrated tools, discs and with real world use
Tested with broadcast content (HD/SD), video streams and demo discs
Previous
Panasonic TX-P60ZT65 Review Next
Performance and Conclusions Review