It must be pretty lonely being Panasonic these days. For while every other brand in the TV firmament turns its attentions increasingly towards LCD technology, many of them exclusively, Panasonic continues to bet the farm on its beloved plasma. It ploughs enormous amounts of R&D into significantly improving its plasma engine every year, while also producing plasma panels on a scale we could scarcely comprehend when we visited the brand’s Japanese plasma factories earlier this year.

It would be easy for Panasonic to lose its faith in plasma as it ploughs its lonely furrow, or have a crisis of confidence as to whether it’s pursuing the right course. But actually, the more everyone else does LCD, the more Panasonic just redoubles its efforts to keep plasma not only current, but ahead. So it is that the P55VT30, a member of Panasonic’s 2011 flagship range, hits our test benches boasting Panasonic’s new ‘NeoPlasma’ panel design packed with innovations galore.

Among the highlights of the NeoPlasma tech are a revamped phosphor material that responds faster than its predecessor (a key element in reducing crosstalk noise with active 3D playback); reduced ‘ribbing’ between the screen’s plasma cells to make the screen brighter and more efficient; a new louvered filter on the screen’s front that suppresses room reflections and enhances the image’s brightness; and the ability to make phosphors discharge without needing as much current, to boost the screen’s efficiency. 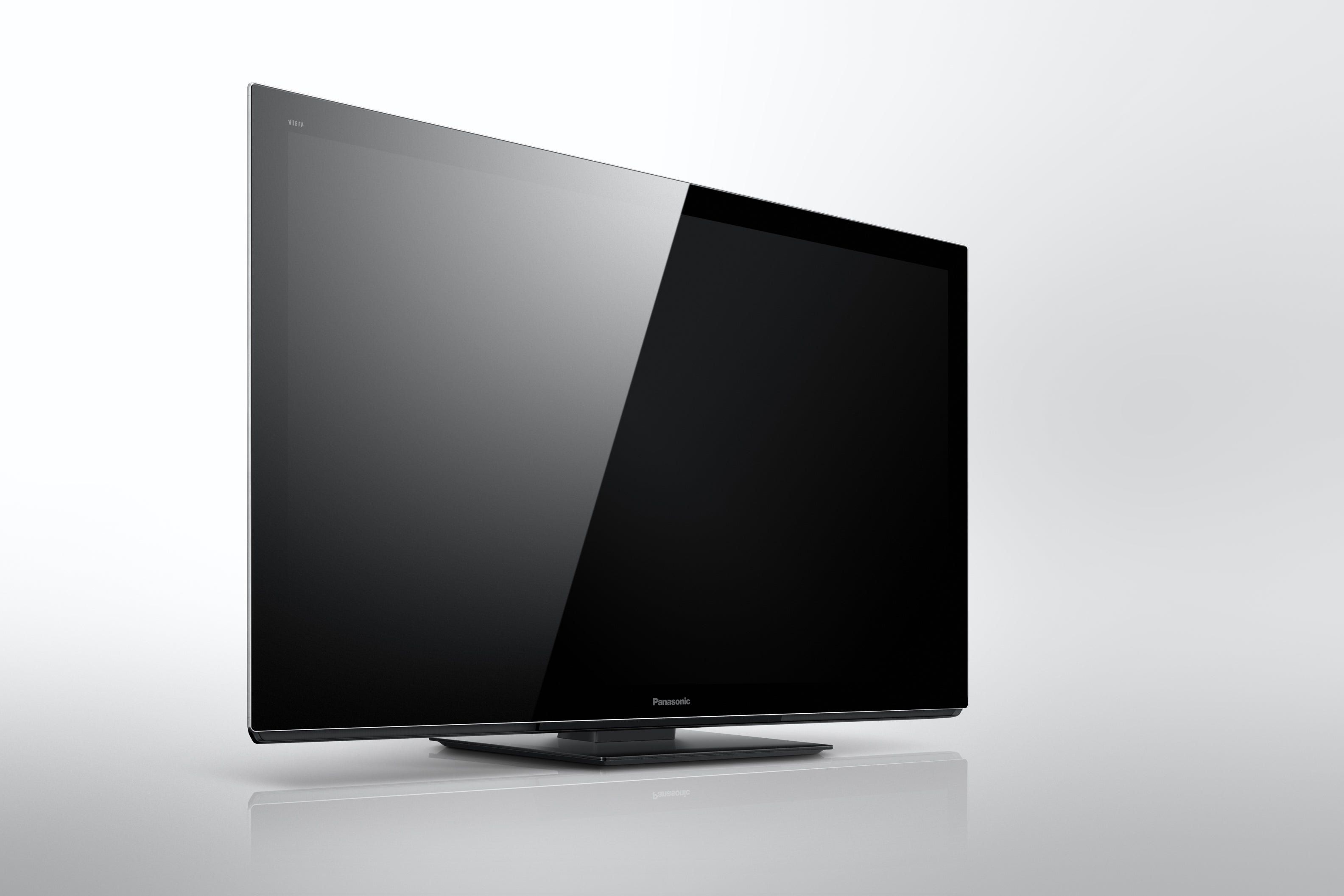 The effort Panasonic has put into improving the energy efficiency of its latest plasma screens isn’t just important on ecological grounds. As 3D demands more brightness than 2D, on account of the dimming effect of Panasonic’s 3D glasses, Panasonic needs to get more brightness out of its panels without putting plasma at too great a disadvantage in energy consumption terms versus its LCD rivals.

The P55VT30 has one extra construction trick up its sleeve, as befits a flagship model, in the form of an extra filter built into the screen to boost contrast to even greater levels than those achieved by the brand’s already exceptional GT30 series.

Other signs of its flagship status include a USB wi-fi dongle provided for free (rather than being an optional extra as it is elsewhere with Panasonic’s range), two pairs of 3D glasses included for free (you don’t get any with Panasonic’s other 3D TV series), the facility to record to SD card as well as USB sticks, and a revamped audio system that features a separated woofer built into the TV’s rear to enhance bass.

The P55VT30 inevitably carries Panasonic’s latest online content service, dubbed Viera Connect. Highlights of this platform are the BBC IPlayer, the AceTrax movie rental/purchase service, YouTube, Eurosport, Facebook, and Skype – though the latter feature is only available if you cough up extra for a webcam.

The Panasonic TX-P55VT30 doesn’t currently many of the sort of smaller apps pushed by LG’s and Samsung’s Smart TV services, but this doesn’t feel like a great loss – especially as Panasonic is working on bringing sophisticated games to Viera Connect rather than the very basic affairs offered through a normal “app” system. All we would say is that a couple more good quality video sources would be handy sooner rather than later to help Viera Connect keep up with the online Joneses.

The P55VT30 is right up to speed with its multimedia playback facilities, though, offering full DLNA networking support as well as playback of music, photo and video (including DivX HD) files from USB drives or SD cards. Plus, as noted earlier, you can use the SD and USB slots for recording from the digital tuners. 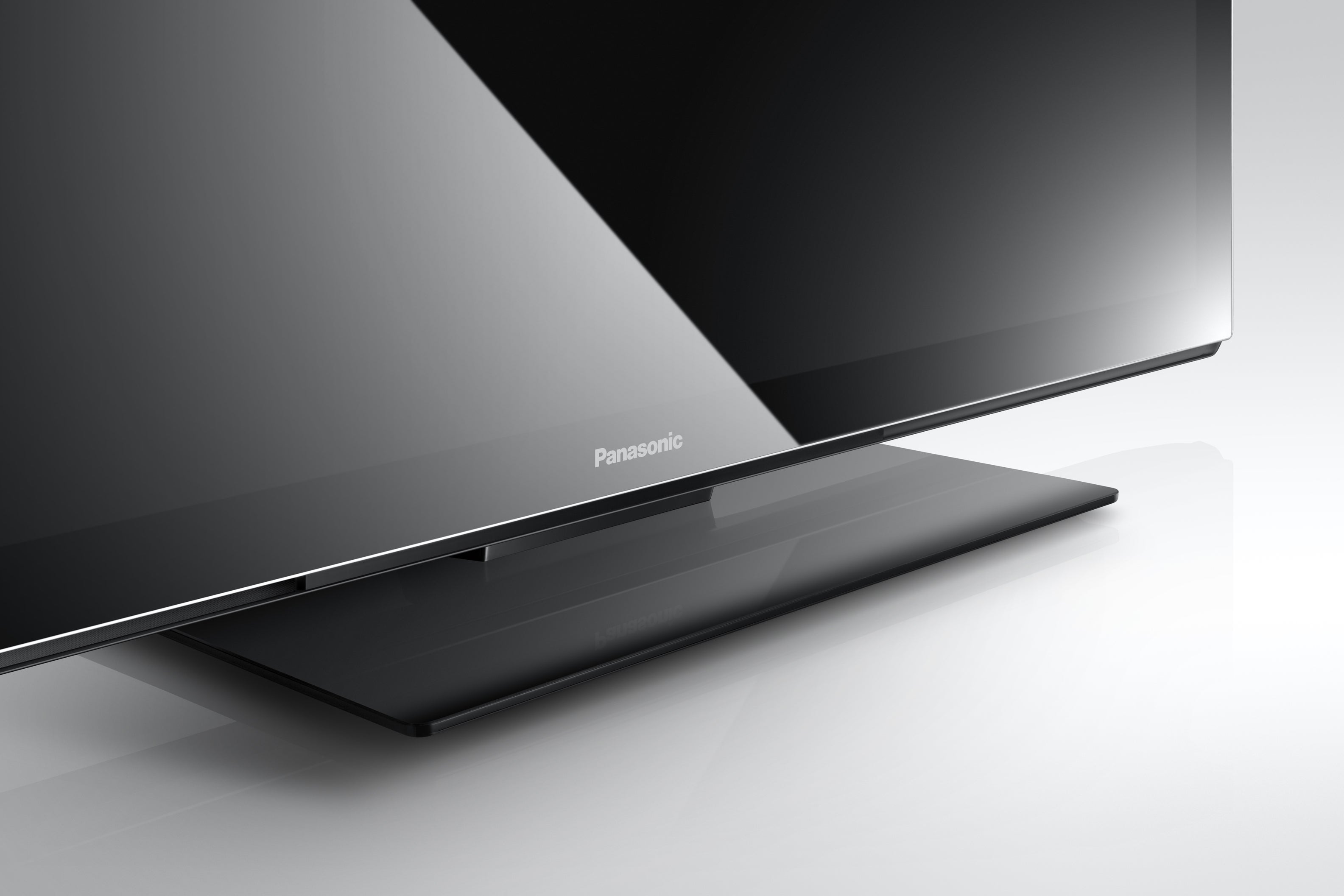 If you’re on the ball, you may have noticed we said tuners rather than tuner back there, since the P55VT30 has both Freeview HD and Freesat HD tuners onboard.

The last thing to say before finding out if the P55VT30 lives up to our sky-high expectations (based on other sets we’ve seen from Panasonic’s current range) is that it enjoys the endorsement of both the THX quality assurance group and the ISF professional calibration body. The former endorsement applies to 3D as well as 2D playback, and extends to a provided THX image preset, while the ISF endorsement recognises the TV’s extensive picture adjustments, including a full colour management suite.

Watching the P55VT30 strut its stuff is every bit as spectacular an experience as we’d hoped it would be. This is particularly true with 3D, for the simple reason that a combination of Panasonic’s latest plasma technology and the full-HD active shutter 3D system delivers the full sharpness of 3D Blu-rays with extreme, captivating clarity.

Even better, this clarity remains hardly every unbesmirched by the dreaded active 3D phenomenon of crosstalk. Even tough crosstalk-inducing scenes like the lantern sequence in Tangled look almost perfect, making the P55VT30 the first 3D TV we’ve seen that’s able to do full justice to this 3D ‘showcase’ moment (though to be fair, the P42VT30 would probably have managed it too, had the Tangled disc actually been available when we were testing that set). The effort Panasonic has put into boosting the brightness of its latest plasma TVs pays off handsomely with 3D too, with 3D footage looking much more satisfyingly vivid and well saturated once you’ve donned Panasonic’s 3D glasses. Particularly pleasing is the appearance of much more natural levels of shadow detail in dark areas, avoiding that crushed look to blackness that was our main concern with Panasonic’s 2010 3D plasma performance.

In a dark room we really have no complaint to make about the P55VT30’s 3D performance. Raising the lights, though, suggests that P55VT30’s extra contrast filter takes a touch of brightness out of the image compared with the brightness levels experienced with Panasonic’s GT30 models.

The P55VT30’s slight brightness reduction follows through into 2D playback too, so if you’re looking for a TV to go into a rather bright room, the GT30s may perhaps be a better bet (if you can live with the GT30’s maximum 50in screen size).

In most other ways, though, the P55VT30 is as accomplished with 2D as it is 3D. HD sources look nothing short of magnificent, thanks to a jaw-dropping combination of acute sharpness and detailing, vivid yet brilliantly natural colours and, most amazing of all, a vast contrast range that includes black levels even deeper than those already witnessed on the GT30 series.

The impact of both the detailing and black level response delivered by the VT30 series is emphasised by the 55in size of the screen. The 3D experience also benefits hugely from such a large screen. Even standard definition pictures are surprisingly watchable on the P55VT30, despite the obvious challenges for Panasonic’s processing in stretching standard def sources to a screen size as large as 55in. They could look a touch sharper perhaps, but at least they’re not horribly noisy, and retain credible colour saturation.

One last positive to report is that the screen suffers minimal input lag. We measured under 30ms, which means gamers shouldn’t have their performance reduced when playing on a P55VT30. 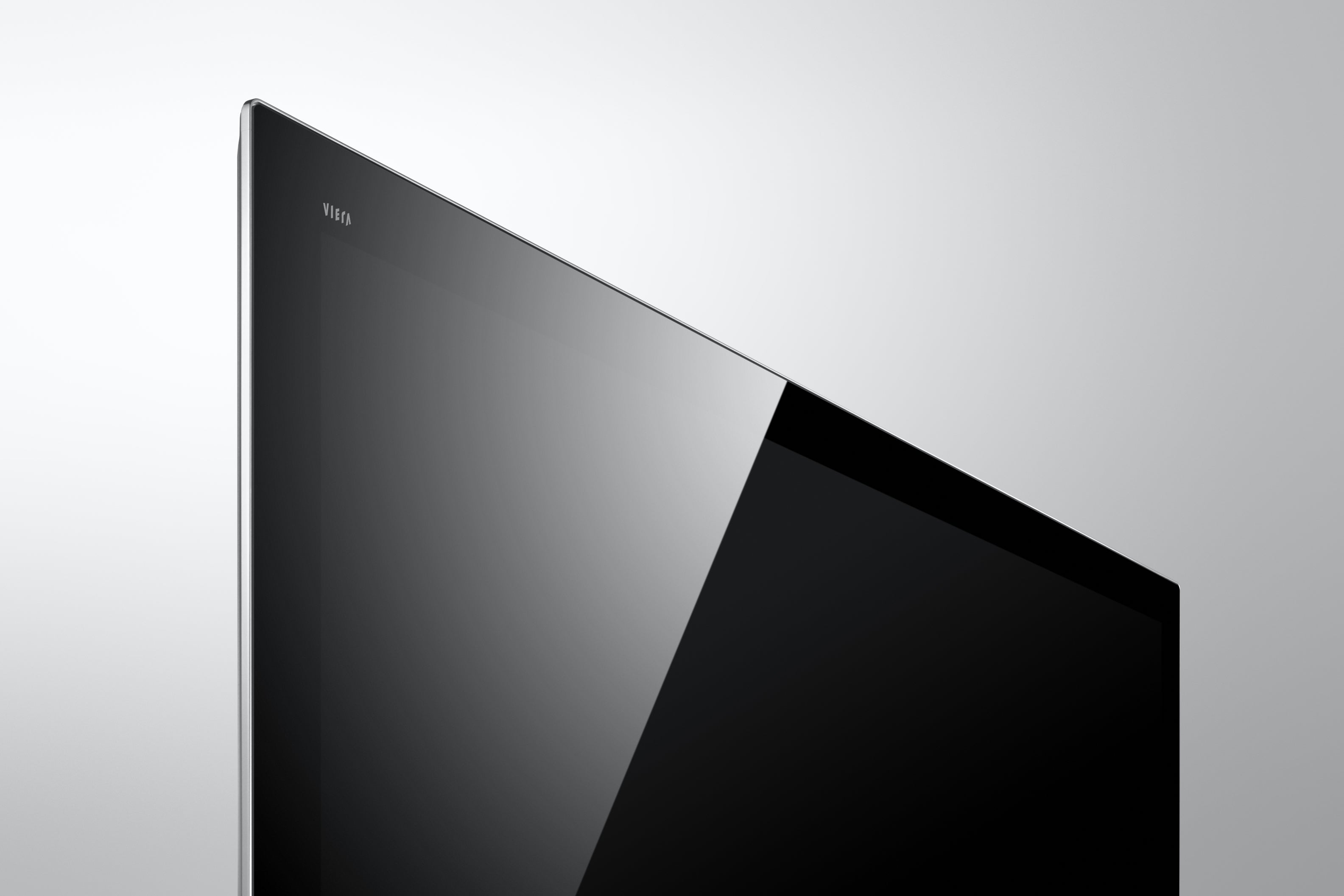 The P55VT30’s huge picture quality talents don’t extend to perfection, though. We’ve already pointed out that the filter that helps the screen delivers its amazing contrast performance also compromises the screen’s brightness slightly. Also, during standard def PAL viewing the image can suffer a little from judder, even producing, during camera pans, double imaging around stark image elements such as the lines on a football pitch.

This can be controlled reasonably effectively with the help of Panasonic’s on-board Intelligent Frame Creation system though.

We can’t end without mention a few remaining niggles. The P55VT30’s sound isn’t quite as potent and dynamic as we’d hoped given its speaker configuration (though it’s still above average); Panasonic’s 3D glasses remain the most uncomfortable around; and finally in the negative column, you can’t get round the fact that even at the reasonably discounted price of £2,500 we’ve tracked down, the P55VT30 is hardly cheap. But then we guess Panasonic just couldn’t afford to deliver the innovations that help this TV deliver the goods so well if it didn’t charge a premium for them.

The P55VT30 can handily be summed up as being simply the best ‘mainstream’ 3D TV ever, its size and technological prowess coming together to create a near perfect living-room 3D experience. What’s more, the technology that helps its 3D look so good also makes it a brilliant 2D performer. So while the P55VT30 will certainly put quite a dent in even the healthiest of bank balances, as Hollywood likes to say, the money is all up there on the screen.